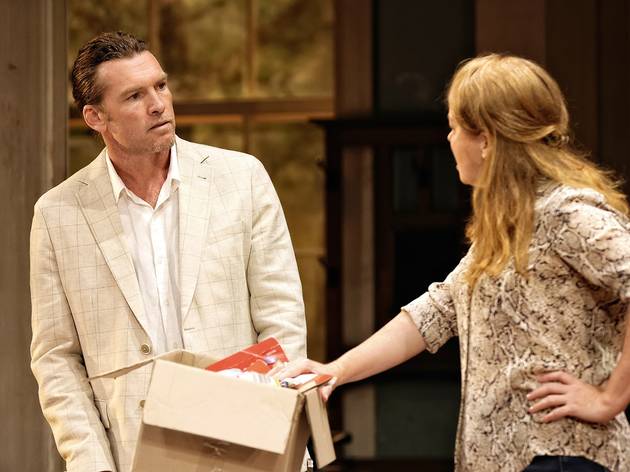 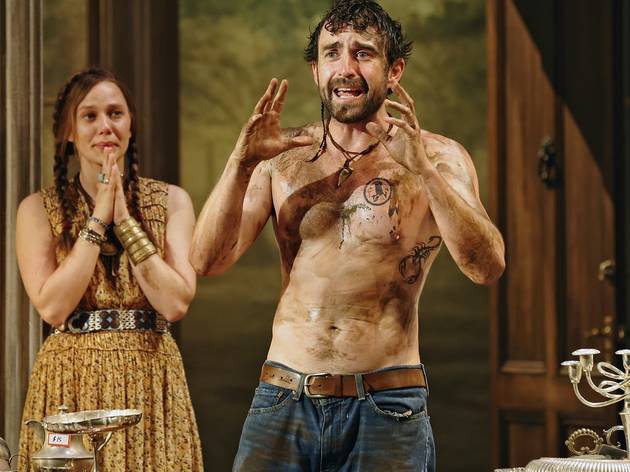 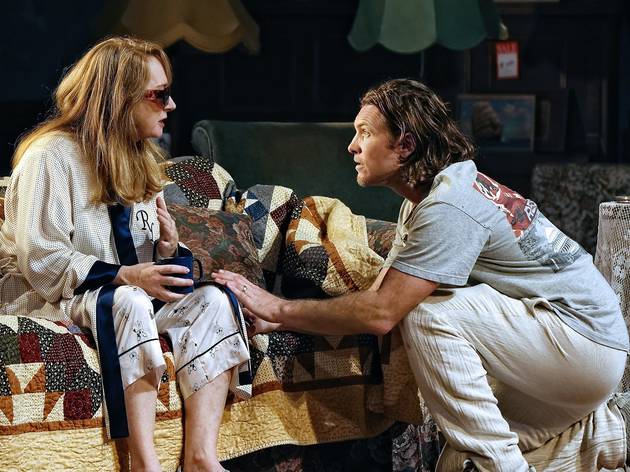 “Faulkner but funny,” is probably the best shorthand to describe Pulitzer-nominated American playwright Branden Jacobs-Jenkins’ fraught familial drama Appropriate. It’s got that whole Southern Gothic skeleton-in-the-closet thing going on, telling as it does the tale of the fractious Lafayette clan of Arkansas, all under the same roof for the first time in a decade to oversee the disposal of their late father’s house. There’s boozing and bickering, a black sheep, a sex scandal, a hint of incestuous longing and, ultimately, a meditation on how white people are still profiting from America’s racist history. It’s a good time, if your idea of a good team bends toward Flannery O’Connor or Harper Lee (you get better alliteration with Faulkner, though).

Under the direction of Wesley Enoch (The Sapphires) for Sydney Theatre Company, back home at the Wharf, Appropriate (the program asks us to contemplate whether the title is an adjective or a verb) is blisteringly funny, even as it digs into some uncomfortable topics. The three adult Lafayette siblings have all taken different paths in life, but all nurse grudges rooted in their childhoods and their relationships with their dead dad. Businessman Bo (Avatar star Sam Worthington plus man bun) throws money at his problems and spends more time glued to his phone than engaging with his wife Rachael (Lucy Bell) and kids, 13-year-old Cassidy (Ella Jacob) and eight-year-old Ainsley (Joel Bishop and Robbi Morgan). Put-upon and self-pitying middle sister Toni (Mandy McElhinney, brilliant) drinks too much, dotes on her tearaway son, Rhys (James Fraser), and resents having had to care for the family patriarch in his dotage. Youngest child Frank (Johnny Carr) has reinvented himself as the woke and reflective “Franz” and has come, hippy-dippy fiancée River (Brenna Harding) in tow, seeking reconciliation and forgiveness for past sins. Opinions on how genuine he is are divided.

But it’s money rather than blood that drives the action. The ramshackle southern plantation house is being sold off to cover dad’s debts, but the chance discovery of a historical artifact hints at the possibility of profit. The problem is that it’s an album full of photos of Black lynching victims, but that sort of thing is worth money to the right collector. Soon everyone is wrestling with their consciences, swallowing their misgivings, and angling for a piece of the pie.

It’s provocative, potentially offensive, material, and deliberately so. Jacobs-Jenkins’ tight, arch writing pulls very few punches, but director Enoch knows to treat serious matters lightly and minor matters seriously. And so the deepest cuts tend to come right in under the audience’s guard, with gasps of shock and peals of laughter mingling together. One moment we’re wrestling with what the very existence of the album might mean about the late Daddy Lafayette and his attitudes, the next “almost an adult” Cassidy is suggesting putting the offending pics on Instagram, countering her parents shock at her blasé reaction by noting she’s seen worse things on the internet. For all that the adult characters pantomime being appalled, the horrors here are quotidian and subservient to more pragmatic concerns; yes, a slave graveyard on the property is a horrible echo of the past, but it’s also driving down property values.

The deft cast handle the confrontational material with aplomb, milking the irony-laden dialogue for maximum effect and inhabiting designer Elizabeth Gadsby’s exquisite set completely. The visual design is rich, detailed, layered, and complex, befitting a story about place, family, and identity. You can practically feel the lazy Southern heat, and you can certainly hear the shrieking cicadas that soundtrack the proceedings. There are a couple of bits of blocking that don’t quite work, but surely they’ll be smoothed out in coming nights. Appropriate offers no pat answers, but it does raise a number of uncomfortable and important questions in a distressingly enjoyable way and, really, what more could you want?