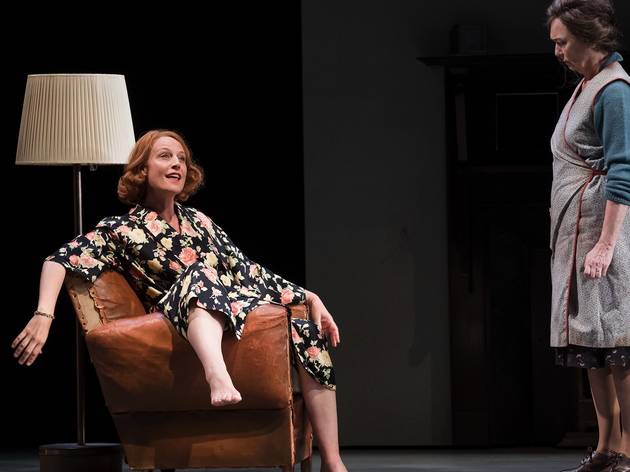 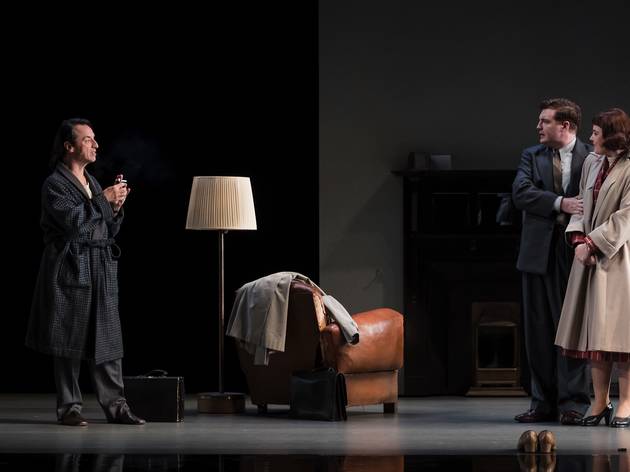 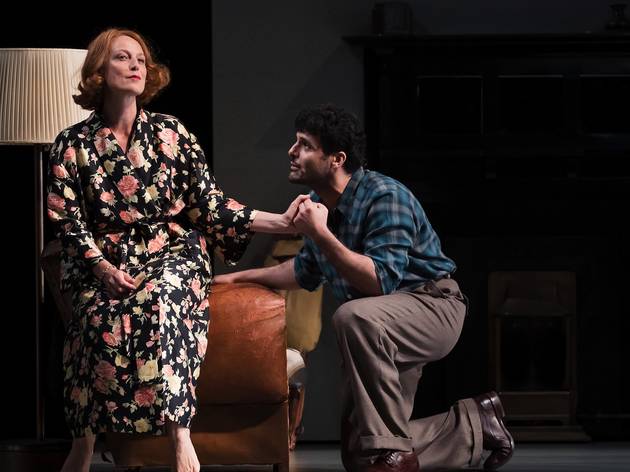 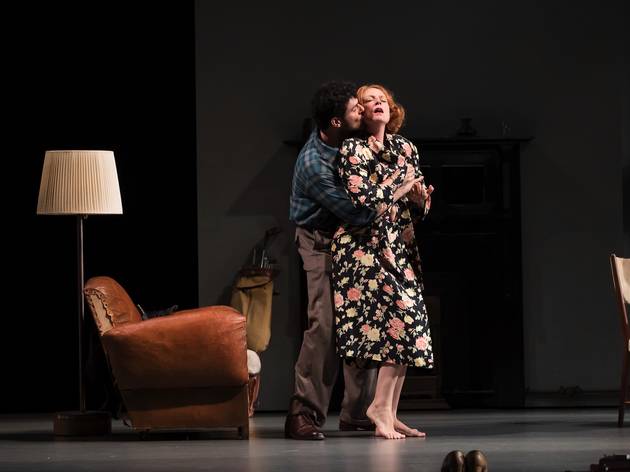 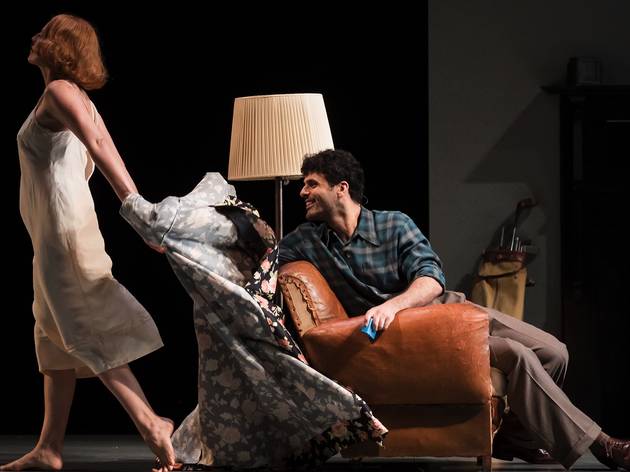 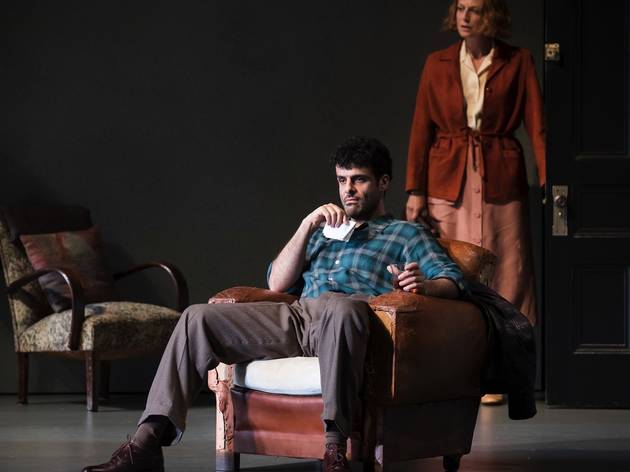 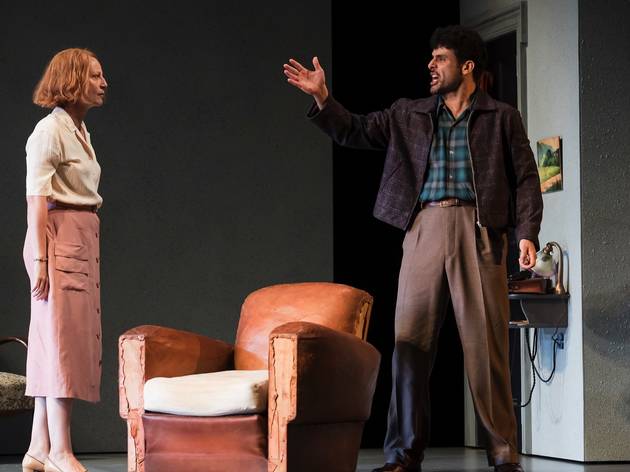 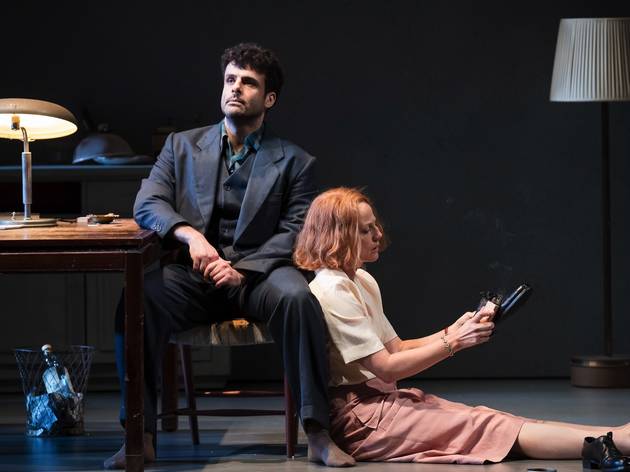 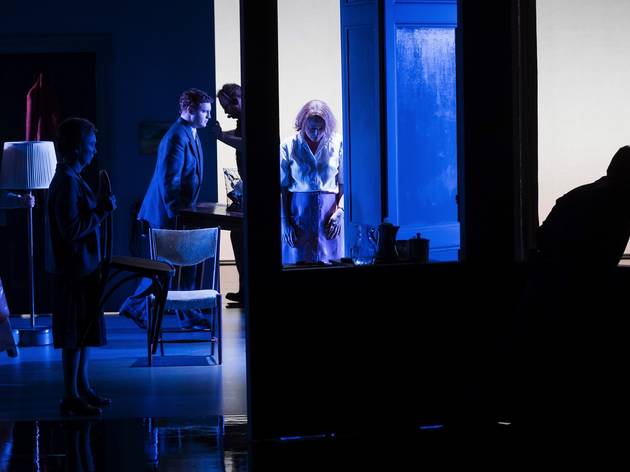 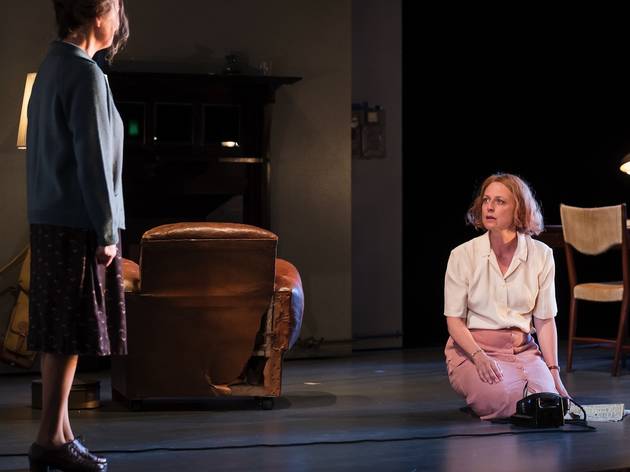 Sydney Theatre Company is kicking off 2020 with a revolutionary classic

Long before Kimberlé Williams Crenshaw coined the term “intersectionality” in 1989 – to describe the way in which identities can overlap, and the broader systems of discrimination that relate to various minorities – writers explored the connections between how people belonging to different oppressed groups experience the world. Whether he knew it or not, Terence Rattigan was writing from an intersectional perspective when, in 1952, he wrote a play about Hester Collyer, a judge’s wife who finds herself breaking out of a dead-end marriage only to find herself in a dead-end affair.

When we first meet Hester (Marta Dusseldorp), she’s unconscious on the floor, having just attempted suicide. Her neighbours arrive to rescue her and quickly discover that she’s not married to Freddie (Fayssal Bazzi), the RAF pilot with whom she’s living, but is instead the wife of a high-profile judge, whom she left more than a year ago. She left for the promise of real, fiery, passionate love, but things aren’t going particularly well.

Over the course of the play – which confines its timeline to the day that follows her suicide attempt – Hester is belittled, threatened and patronised to a horrifying degree, in ways that are subtly designed to undermine her and put her in her place. At times, it’s difficult to watch, but by the end of the play she starts to take some steps towards claiming her independence and the freedom she’ll need to move forward.

Rattigan based the play in large part on his own relationship with Kenny Morgan, who died by suicide in 1949 after almost ten years as Rattigan’s secret partner. It’s clear that Rattigan sees parallels between the way Hester is suffocated by the expectations of her gender and the way gay men were treated in the middle of the 20th century. And it’s therefore entirely appropriate that the only person who offers Hester any real guidance on how she might rebuild her life is Miller (Paul Capsis), a doctor who has been struck off the register. He’s clearly queer-coded in both Rattigan’s text and this production, so it’s easy to imagine why his career might have been ruined.

Director Paige Rattray plays a fairly straight bat with her staging, allowing the tensions inherent in the text to rise to the surface. There are parts in which Rattigan’s language and structure feel quite dated – and it takes a hell of a long time before Hester starts to show much grunt – but its core is clearly contemporary, and Rattray uncovers some surprising rhythms. She keeps things visually simple, with David Fleischer’s set making up the fragments of Freddie’s apartment (lit with a gorgeously cinematic sensibility by Nick Schleiper) and James Browne’s score sneaking in at key moments to augment Hester’s turmoil.

Of course, the main attraction is seeing Marta Dusseldorp flex her dramatic muscles in a leading role, and, after a slightly awkward start, she delivers an extraordinarily rich portrait of a woman whose world is falling apart. She’s well-supported by Fayssal Bazzi and Matt Day as the two men Hester finds herself caught between – Bazzi’s Freddie is a ball of anxious, furious, toxic masculinity, while Day’s performance as Sir William Collyer is subtler and gentler, but equally damaging to Hester. Paul Capsis makes the most of Miller’s sassiness and brings a much-needed energy to a somewhat underpowered first act, whereas Brandon McClelland has a scene late in the play that he makes sickeningly patronising. It’s brilliantly unsettling work.

In fact, it’s in this scene where you can see most strongly Rattigan’s critique of traditional masculinity as a tool of control. In the years that followed Rattigan’s play, the “angry young men” movement took over British playwriting with kitchen sink dramas that centred around young men disillusioned with their society. The plays that came out of that period are still frequently revived, but Rattigan’s more sensitive play – which centres the experience of those people who probably never had enough in the first place to become “disillusioned” – has a lot more to say in 2020.