The Jungle and the Sea

Fresh off a sold out international tour of Counting and Cracking, this sister play brings us a tale of a family trying to find their way back to each other

A lesser known story within the Hindu sanskrit epic, the Mahābhāratha, is the story of Ghandari. Ghandari was a princess within the Ghandar empire, when the leader of the Kuru empire provoked her father in an act of machismo, the Ghandar king offered his daughter’s hand in marriage as a means of brokering peace.

Some interpretations of the story say that upon learning that her betrothed was blind, Ghandari blindfolded herself as an act of love and sacrifice, but other interpretations look at the act of blindfolding as a passive protest to the political dynamics at play and her devastation that she had been used as a pawn in a much bigger system that valued order over the rights of the individual.

As this play so eloquently asks us, is “order …[just] violence done neatly”?

In the opening scenes of The Jungle and the Sea, we meet Gowrie (the formidable Anandavalli), her husband Siva (Prakash Belawadi), her three daughters Lakshmi (Emma Harvie), Abi (Kalieaswari Srinivasan), Madhu (Nadie Kammallaweera) and her son Ahilan (Biman Wimalaratne). Amidst air-raid sirens and plans to flee Sri Lanka to Australia, the family get to know that Ahilan has been recruited by the Liberation Tigers of Tamil Eelam (TTE), a militant tamil organisation seeking to create an independent Tamil state in the north-east of Sri Lanka. Through a series of incidents, Siva and Lakshmi flee to Sydney while Gowrie, Abi and Madhu stay behind to find Ahilan. In an act of love (or an act of defiance), Gowrie blindfolds herself, vowing that she will only remove the blindfold when her family is back together.

Shakthidaran and Flack are masters of the 'trauma sandwich'

Written and directed by S.Shakthidaran and artistic director Eamon Flack, The Jungle and the Sea is a follow-up to Counting and Cracking. From humble beginnings at Surry Hills’ Belvoir St Theatre, this multi award-winning smash-hit Australian play just completed a sold-out international tour. The creators have returned to Belvoir for the debut of Jungle and the Sea.

Shakthidaran and Flack’s text is informative and layered in its representation of the beliefs and experiences of Sri Lankan and Australian communities. The play honours multiple languages, faiths, cultures and different philosophies, but never ventures into pointing fingers or siding with one. Instead, it portrays a reality of war, one in which every individual is doing what they believe is right, and interrogates the systems which create the notion of “right” in the first place.

In addition to the Mahābhāratha, this three-hour-long epic also draws on the Greek myth of the Antigone. Where references to the Mahābhāratha are more symbolic to the central themes of the show, the Antigone references feel more overt in the play’s third act. Those unfamiliar with the myth may find the introduction of a prophet-like character jarring, as the tone shifts from one based firmly in the realities of day-to-day life to suddenly more mystical. This divergence may distract from the play’s core messages, but is mitigated by the cohesiveness of the rest of the text and production elements.

The challenge of making the complexity of this play accessible would overwhelm some writers, but for Shakthidaran and Flack, it’s their rice and paruppu (or bread and butter). They are masters of the 'trauma sandwich', able to beach in lagoons of humour that wink to first and second-generation migrants and make the personal universal without compromising cultural integrity.

In one of the early scenes, Shakthidaran and Flack’s penchant for memorable dialogue is on display as Belawadi and Harvie charm the audience with their comedic timing and father-daughter chemistry over “tiny meals” at Bennelong. This is one of the only moments of stillness in the show, a paradox that hangs over the play’s remaining scenes. Srinivasan brings balance and believability to the comparative chaos of her journey through north-east Sri Lanka, demonstrating magnificent range in one of the show’s most difficult roles. Anandavalli, a prolific performer and dancer in her own right, is stoic, bringing the audience to tears in the play’s final moments.

The writing and performances are enhanced by the physicality of the directorial choices and the enduring attention to detail. Symbolism is scattered throughout Dale Ferguson’s staging. Bare walls fettered with bullet holes take us back to 1995 Sri Lanka. The revolving stage is in near-constant motion, creating never-ending ‘walk and talks’ – a choice that artfully mimics the relentlessness of war. Small figurines (buses, trucks, aeroplanes) and Veronique Benett’s minimalist lighting design are used in tandem with the revolving stage to signal shifts in place and time, bringing to life the vastness of the warzone and the distances travelled.

Where each element of the physical production feels meticulously curated, the live music feels much more organic. Where this is limiting is in the creation of sound effects, which often get lost in the production’s sonic tapestry. Despite this, the use of Southeast Asian instruments like the veena (Indu Balachandran), mridangam and Southeast Asian carnatic vocals, both delivered by Arjunan Puveendran, creates a stripped-back, emotional soundscape for the tedious journey to safety.

Minus the two intervals, the audience is rarely given a moment's respite from movement, a choice that feels purposeful. Theatre’s historical objective has been to simply entertain, but The Jungle and the Sea reminds us it is also a tool to inform, remind, represent, empathise and share. The show is long, but then so is the journey home. Embrace it.

This is the show to watch in Sydney right now, best to book your tickets before it sells out.

The Jungle and the Sea plays at Belvoir St Theatre, Surry Hills, until December 18, 2022. Get your tickets here. 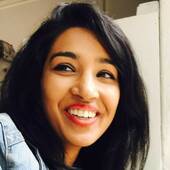 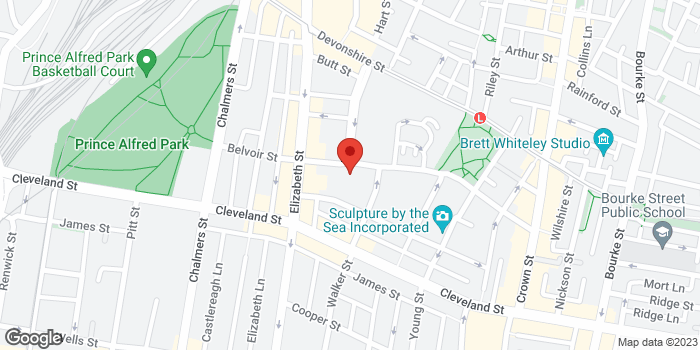