Milk Crate Theatre’s new play, Dust, has been 23 years in the making

Milk Crate Theatre is a leader in the practice of using art to help people dealing with homelessness, mental health issues, and disability regain confidence and their sense of self, and actively participate in society.

Margot Politis is the artistic director of Milk Create Theatre and has been with the organisation for seven years. Her core practice is around arts in disability. Prior to joining Milk Crate she had been a performer with Restless Dance Theatre in Adelaide (for dancers with or without a disability), and Shopfront Theatre, Sydney’s only cross-art form organisation dedicated to the artistry of young people. Politis is a true believer in the power of art to change people. 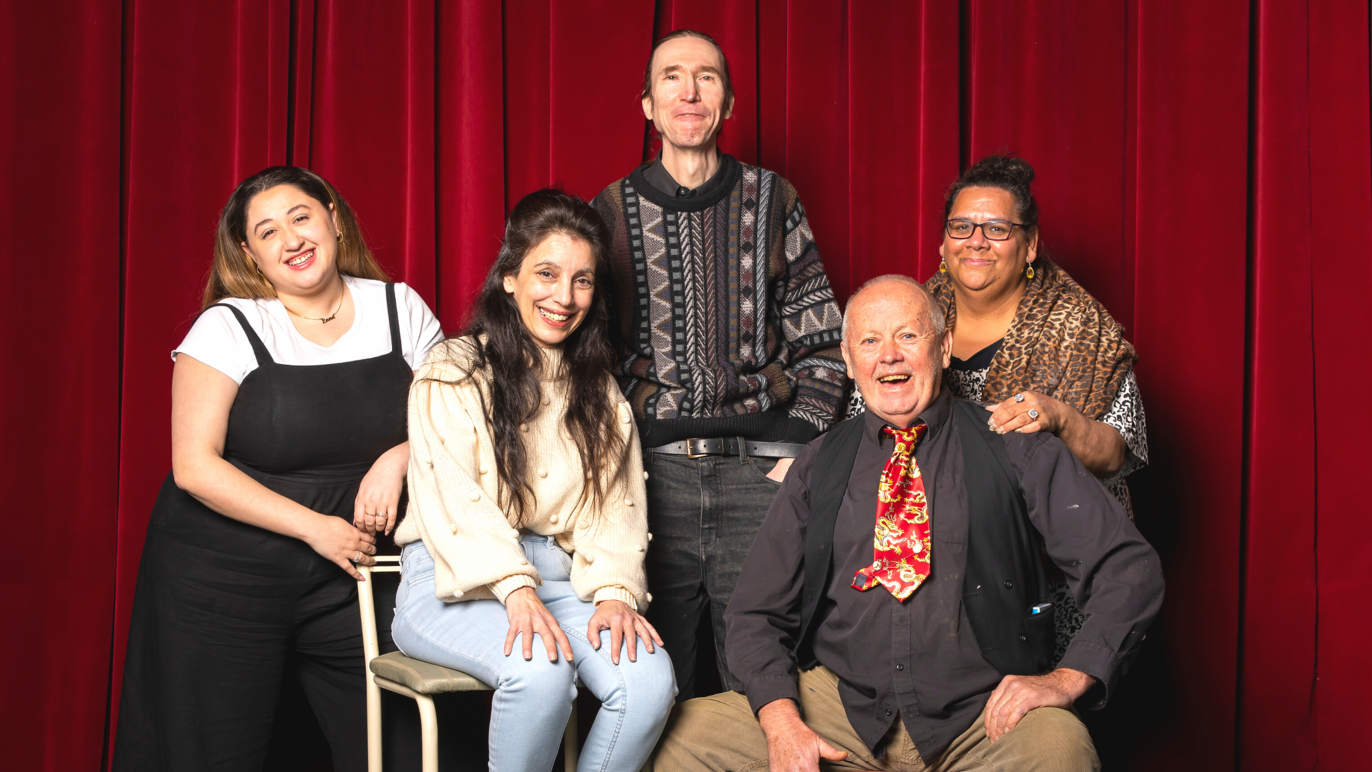 “When I see [a participant] work through this creative process and that fear drops away, week by week or month by month –  and then they’re on stage and you can just see physically, spiritually, in someone’s eyes… They might be standing taller, their vision is more direct, you know, there’s a real strength in their presence and you know that they’ve landed,” she says.

Milk Crate Theatre is physically located in Alexandria but they provide workshops throughout Sydney in partnership with other community service organisations. They also offer tailored workshops. One of their mainstays is the theatre and film workshop they run every Tuesday at St Vincent’s Ozanam Learning Centre in Woolloomooloo. It’s through these networks that many participants and collaborators come to be involved with Milk Crate.

The organisation has several core staff but the bulk of the Milk Crate team is made up of participants (including people experiencing homelessness, mental health issues and disability) and professional artists. They all collaborate on projects, contributing in whatever way they can. It’s very inclusive and organic.

“Every process is a little bit different because it all depends who’s in the room and what kind of show we’re making and when, but underneath all of that is the fact that everyone is contributing to the material and the process,” explains Politis.

I love the honesty and the raw realness of Milk Crate. Everybody has a story and everyone’s story is so valued

There’s a lot of improvisation, discussion, brainstorming, as well as individual input.

“We try and use a lot of different kinds of artforms as well, for accessibility. Not everyone uses writing as their first form of expression, they might express themselves in movement, so we make sure we have a lot of different ways for people to create material.”

Some projects are an end in themselves, but others show potential and get honed and refined for presentation to an audience. That’s what happened with their upcoming production, Dust. It came together online, while everyone was in lockdown, then moved from Zoom to a room, where collaborators met each other in real life for the first time.

The play is set in a fictional Australian country town called Bunan (a Wiradjuri word meaning “dust”).  Lana Filies, who plays one of the central characters in the play, says its themes go beyond a small town.

“It’s so about connection and community that I think it could take place anywhere in the world,” says Filies. “It’s about what we would do for the people that we love in a time of crisis.” 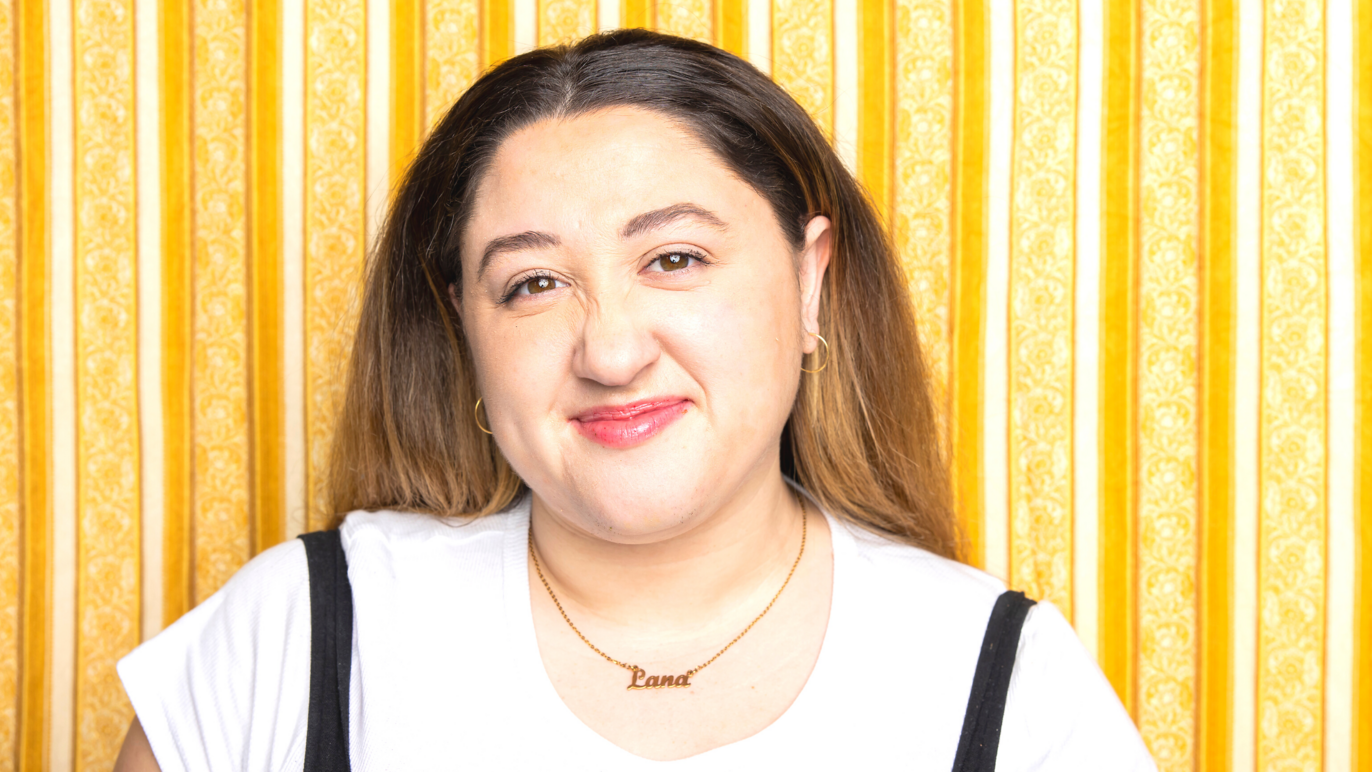 Filies is a teaching artist with Shopfront Theatre. She became involved with Milk Crate through a collaboration between the two companies last year. Her character in Dust is an 18-year-old woman who desperately wants to leave the small, uninspiring town of Bunan for the bright lights of the city. Her mother, however, is rusted onto Bunan. She owns a business which she intends to pass on to her daughter. Filies’ character is conflicted.

“She has so much hope for what life could be like but is in the fear of disappointing her mum or leaving her mum behind in the town, so she’s stuck in a real complex situation. Physically, she’s trapped, but mentally she’s trapped as well,” explains Filies.

Mother, daughter and several townsfolk seek shelter in the local pub when a dust storm engulfs Bunan. Then human nature takes over.

“It’s about all the things that unravel when you’re trapped in close proximity to all these people that know your story and maybe don’t know every side of it,” says Filies.

I’m given a voice, whereas before Milk Crate Theatre I was invisible. I was completely invisible.

One fascinating aspect of the production is the staging. They’re transforming the Richard Wherrett studio at Roslyn Packer Theatre into a sort of bunker.

“It’s like ’90s pub aesthetic, so patterned curtains and dusty floorboards,” says Filies. “And the audience will be at the centre of the experience. So, we’re actually acting in the reverse round.”

Filies says working with Milk Crate has changed her, as a person and as an actor: “I love the honesty and the raw realness of Milk Crate. Everybody has a story and everyone’s story is so valued and it’s not fictionalised, it’s not a character - these are people’s lives, these are people’s stories. And it holds so much value, so much presence and so much meaning to audiences.”

Kamini Singh plays the gritty mother role in Dust. Singh first became involved with Milk Crate theatre in 2017 through the Link Housing Forum Theatre Project. Unfortunately, that government supported initiative came unstuck during Covid, and Singh’s housing is no longer secure. Milk Crate was Singh’s lifesaver (her words) during the isolation of lockdown. She says the services that exist to help people like her were not there. 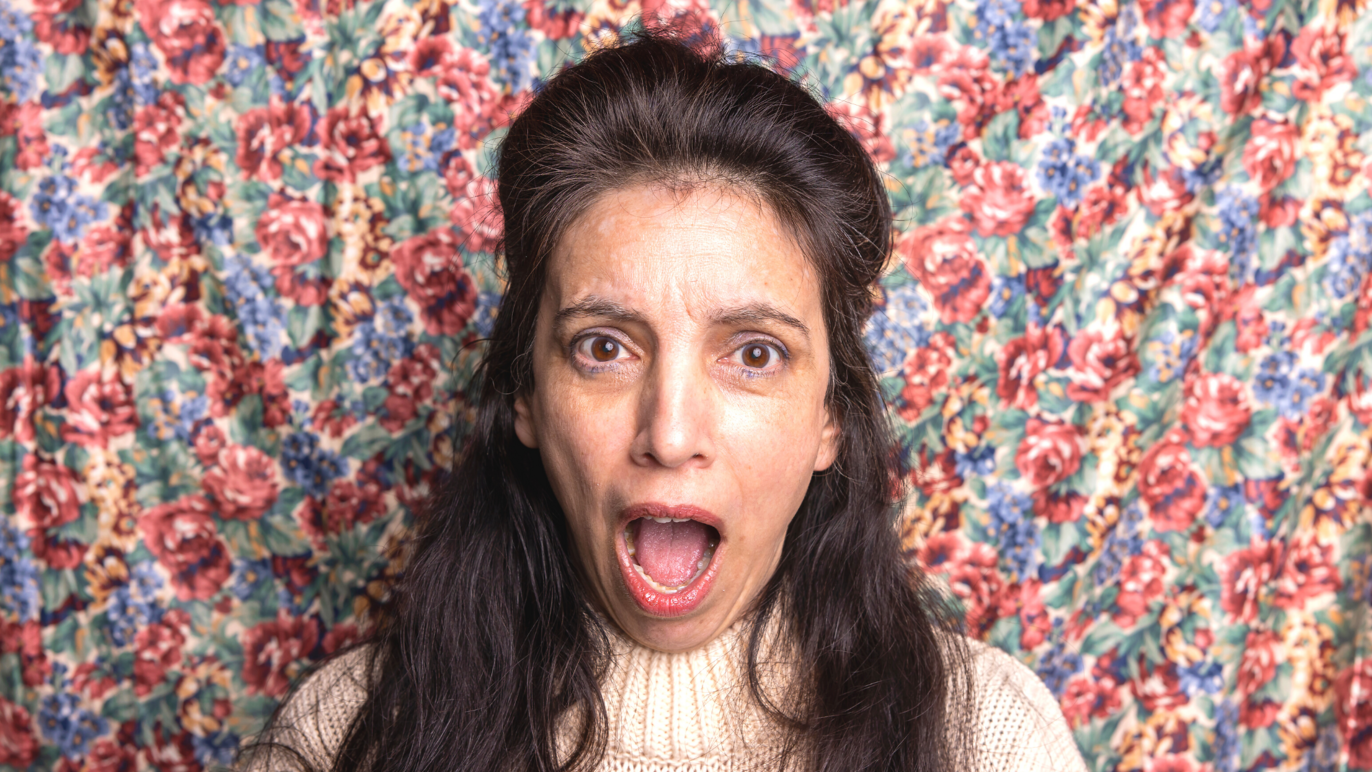 “But Milk Crate were there – they deserve a medal of honour actually. Straight away they responded and set up this Zoom session, even though they were going through the pandemic themselves like everybody else – individually, personally – they kept on going.”

Singh has always had an interest in performance of some kind. She is a singer/songwriter and enjoys debating. At the moment, she is studying law and has a special interest in legislative theatre, which is a way of using role playing to identify and help solve social problems. What Singh loves about Milk Crate is that it allows complete freedom of expression without judgement.

“I’m given a voice, whereas before Milk Crate Theatre I was invisible. I was completely invisible. At least this is one space where… I feel safe to say what I’m really thinking. I don’t have to ingratiate myself to people because I’ve survived domestic violence and homelessness,” she explains.

Dust plays at Richard Wherrett Studio, Roslyn Packer Theatre, Walsh Bay from September 13-17, 2022. Find out more about the show and how to book tickets here.