Ever wondered what it would be like to live inside someone else’s body? See things differently? In Michelle Law’s latest play, Top Coat, directed by her long-time collaborator Courtney Stewart for Sydney Theatre Company, a young Chinese-Australian woman swaps bodies with a white Australian television executive, and the pair take a literal walk in each other’s shoes.

It’s a warm, vibrant tribute to the iconic body swap comedies of the ‘90s and early 2000s – think Freaky Friday or Suddenly 30 – and it also confronts the ugly face of everyday systemic racism and sexism.

The swap takes place unexpectedly between Winnie (Kime Tsukakoshi), a nail technician who is saving up for her own salon and is increasingly frustrated by her mainly white, privileged clientele, and one such customer –  Kate (Amber McMahon), a tough, even brutish female TV executive at MBC with a dated sense of feminism (see: frequent references to her favourite suffragette Mary Maloney).

The play is at its best in excavating the layers of inequality, symbolised by the experiences and particular traits of each character. Winnie and her co-worker Asami (Arisa Yura) must deal with subconscious and overt racism from customers, who barely expect them to be able to speak English, or expect inappropriate ‘extras’. In response to this stressful environment, Winnie has developed an overly aggressive temperament.

In contrast, Kate speaks in a commanding and articulate manner, “university educated” as she likes to say. She makes fun of Winnie’s short fuse and tendency to stumble over her words when she is angry, though it is rightfully borne out of numerous situations where she is quickly judged by the colour of her skin, and is hungry to express herself on her own terms. This is one way in which Law subtly highlights the indelible impacts of privilege and racial stereotyping on our behaviour and self-perception.

Yuko (Arisa Yura), a Korean-Australian screenwriter at MBC, brings another perspective to the tangled web of racial inequality, as an example of the ‘model minority’. She mildly protests her role as head writer for a new South Asian drama, Sunda, as she tries to explain that being South Korean is distinctly different to being South Asian. She ultimately complies and takes the promotion, accepting the crumb of recognition. Law shows how being the ‘model minority’ is mired in complexity. Yuko has pursued this job to further on-screen representation as a minority herself, but ends up in a cognitive bind where she seemingly has attained some influence as an Asian-Australian – but this is girded by the uncomfortable truth that her perspective fulfils a quota, rather than having a genuine platform.

And of course there is the patriarchy, the bedrock of inequality, here lampooned through Kate’s boss Barry, and her boyfriend, Jeremy (both played by John Batchelor). However racist or sexist they behave, they have it easy – both of them getting promotions where they ought to have been Kate’s, able to get away with rancidly inappropriate behaviour towards Winnie and Asami at the salon.

Each layer of Law’s play is masterfully crafted to reveal the inequality experienced in different people’s shoes – brought to life literally in Kate and Winnie’s body swap. Crucially, their swap enlists some hope for change and mutual understanding as their empathy flourishes in  each other’s bodies.

While in Winnie’s body, Kate interrogates her white middle class privilege and how her values are mostly performative virtue signalling. She experiences the loyal, silly sisterhood of Asami – “Asians value community, we always have each other,” Asami tells Kate. It is a sweet ode to the camaraderie of immigrants, who form deep bonds over a shared place of origin and journey to a new, at times unwelcoming country.

Yet in this spirit of growing in understanding and friendship, the resolution feels like a poor outcome. Kate, having lived in Winnie’s shoes and realising the problematic power structure she is part of, chooses to resign from her position at MBC immediately at a public event. It clearly echoes the slew of white CEOs who stepped down under public pressure during Black Lives Matter. While the contemporaneity of the reference is important, the play misses an opportunity to reflect upon and rewrite this narrative with the benefit of hindsight. Rather than leaving MBC’s mess entirely to the POC employees to resolve, why doesn’t Kate declare more public support for them in taking the reins, and act with a greater sense of collaboration in undoing MBC’s internal policies and structures?

It’s true that it takes time to reflect, but it’s still frustrating to see Kate relinquish herself of all further obligations by quitting, lying low and looking for other like minded females to collaborate with on new projects. It seems to ironically reinforce an ‘us and them’ mentality in seeking a better future, despite the body swap.

Further, although this may be an intentional choice to illustrate his muted point of view – it is unfortunate that Marcus’ character is the only one lacking in substance, without any insight into his Indigenous background and what he hopes to achieve, even in the play’s conclusion where he and Yuko are helming MBC’s restructuring.

Despite these criticisms, they should ultimately serve as encouragement to engage with Law’s work, because she has raised critical issues that deserve robust dialogue. The production itself is an incredible collaboration amongst emerging Asian-Australians in the drama industry, from the cast to the set designer (James Lew) and lighting designer (Kate Baldwin).

Finally, if you’re a fan of STC’s impeccable and inventive staging – Top Coat certainly delivers with its whirlwind set changes and brightly-hued colour scheme reminiscent of the noughties.

Whether you’re looking for pure laugh-out-loud storytelling, or a prompt for reflection and conversations with those around you – Top Coat is a solid all-rounder.

Top Coat is showing at the Sydney Theatre Company's Wharf 1 Theatre until August 6, 2022. 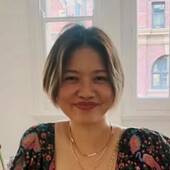