Summer of 20You at Darling Harbour

Things to do, Fairs and festivals Darling Harbour , Sydney Until Monday January 31 2022 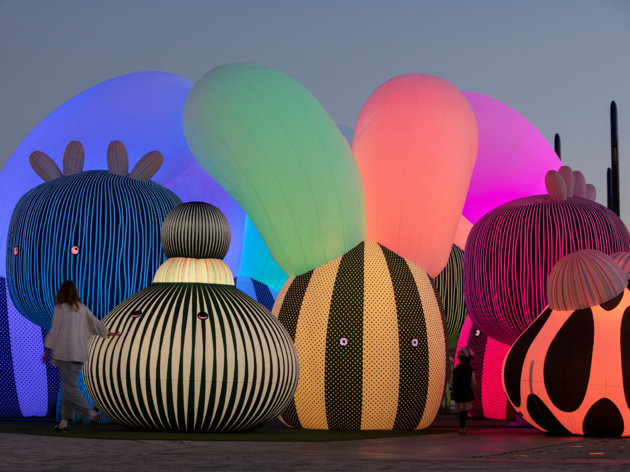 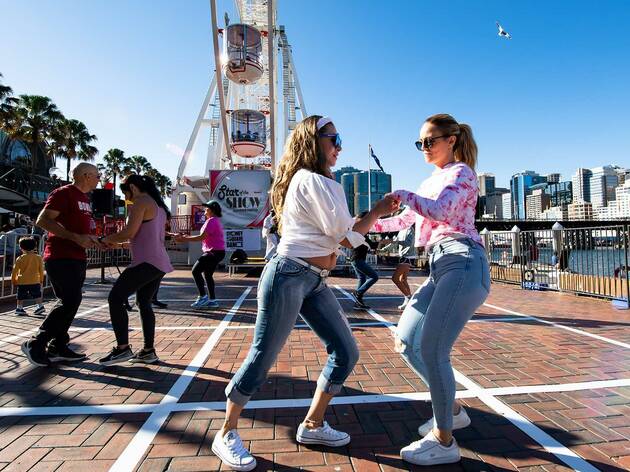 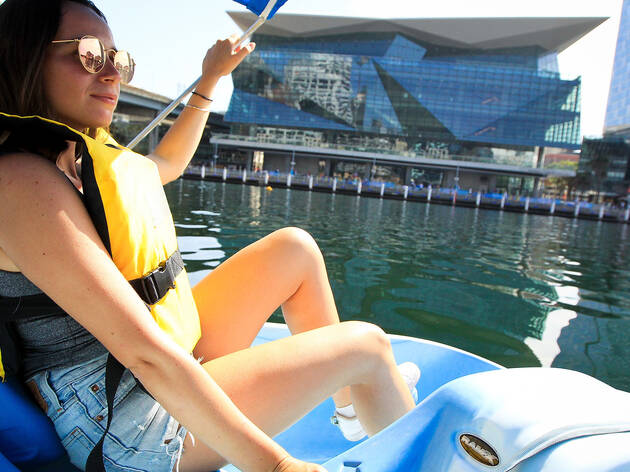 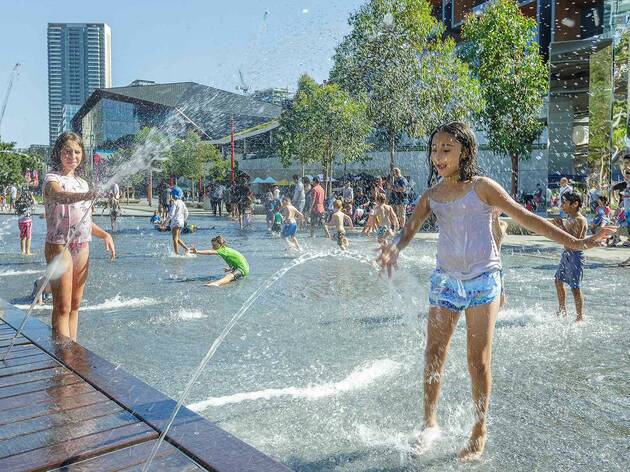 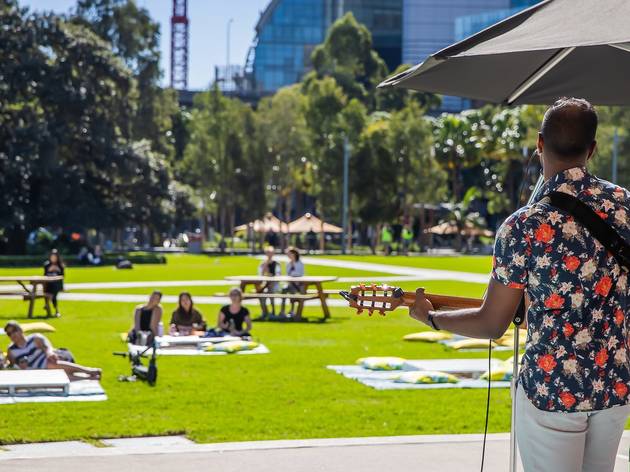 Dance your way through a big month of art, music and fun at Darling Harbour

This January, Darling Harbour becomes a vibrant playground that enthralls from morning to night. The Summer of 20You is a month-long program with experiences to delight every person, and every version of them – whether that’s one who rises early for a free barre class in Tumbalong Park, or prefers evenings of live music in Darling Square (or both).

If you love a good boogie, you’re in business. Popping up on the Convention Centre forecourt from January 3-30 is an interactive dance floor that transforms your steps into shimmering light. Drop by any time, night or day to have a play. The dance floor will also host DJs every Thursday to Saturday evening, live choreographed performances from street dance group Destructive Steps Dance Association (DSDA), free hip-hop classes on Saturday nights and a free salsa class on Thursday 27 January. There will also be thrilling dance battles each week encompassing genres such as ‘70s, ‘80s and G-funk music.

Over at Tumbalong Park a free otherworldly show will take place as part of the 2022 Sydney Festival. Airship Orchestra comprises a platoon of 16 giant inflatable creatures – measuring up to six metres high – pulsating with glowing light and mesmerising melodies. Having delighted audiences from Washington DC to Shanghai, it’ll enchant Sydneysiders of all ages this summer while providing bountiful photo opportunities. Then on January 20 and 21, acrobatic school the Construct will wow crowds from a cube apparatus on the harbour as they weave, flip, dance and contort their bodies in an expression of freedom and joy.

Coasting around Cockle Bay on pedal boats is one of Darling Harbour’s favourite traditions, but this January you’ll also get to explore up close a large-scale inflatable artwork while you’re on the water. Macrocosm is a colourful, playful installation inspired by the beautiful ecosystems in our waterways, featuring vivid designs that respond to the Darling Harbour location while evoking coral reefs.

Back on land you can book tickets to Nature Illuminated, an new immersive experience at the Chinese Garden of Friendship. From the Garden’s foliage emerges a spectacle of theatrical light set against soothing live strings, arranged to convey the changing seasons. Explore the Garden with augmented reality technology, ‘capturing’ plants and animals while interacting with friendly forest sprites scattered throughout. For a complete night out you can also book an eight-course feast at the Gardens by Lotus and sip on themed cocktails at the pop-up bar.

The Summer of 20You will also feature Indigenous art on flags lines the foreshore of Cockle Bay. Bright colours along with the layering and mapping of the area are intended as an Acknowledgement of Country that allows visitors to immerse in the location, reflect and enjoy the awakening of the city. The designs are by Frances Belle Parker, a proud Yaegl woman, mother and artist, from Maclean, New South Wales.

Swing by Darling Harbour on January 26 for a big, boisterous barbecue from midday. It won’t be just snags on sandwich bread though, with stalls serving barbecue dishes that celebrate our country’s diversity. The little ones can cool off by running through misting tunnels, while grownups relax on the grass and enjoy live entertainment on stage.

For the kids, there’s an entire suite of family entertainment at Darling Harbour over summer. These include shows and workshops at the Australian National Maritime Museum; performances by the Listies at Monkey Baa Theatre Company; the Darling Harbour Children’s Playground and Ferris Wheel; and a Junior Garden Master Challenge at the Chinese Garden of Friendship. Need to feed the ravenous littlies afterward? Check out the best kid-friendly restaurants in Darling Harbour.

A special feature for all Sydneysiders will be the Summer Club at Darling Quarter, which will highlight the outdoor areas that Darling Quarter has to offer. Beautiful seating options, live music, food, dog-friendly amenities and interactive games will ensure the Summer Club is the sought-after space for hanging with family and friends from noon-7.30pm, Thursday to Sunday, January 6-23.

Ready for sunshine and great music? Sounds in the Square on Fridays and Saturday, 5-9pm, will see live music in Darling Square, ​​from reggae to pop, jazz and folk.

Summer of 20You at Darling Harbour is part of the NSW Government’s the Festival of Place– find out more about what's on.