You Can Go Now

Things to do, Exhibitions Free
Recommended 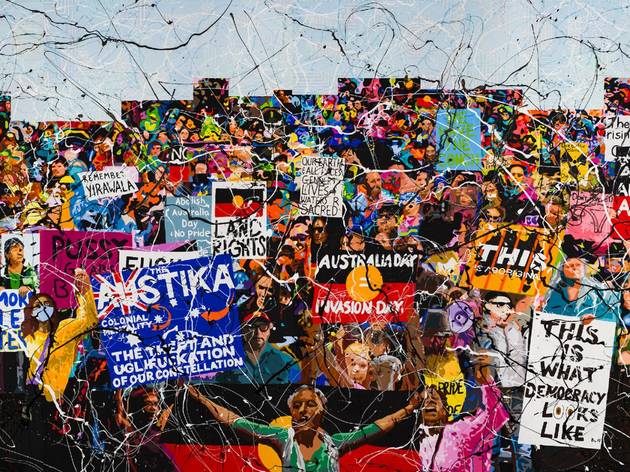 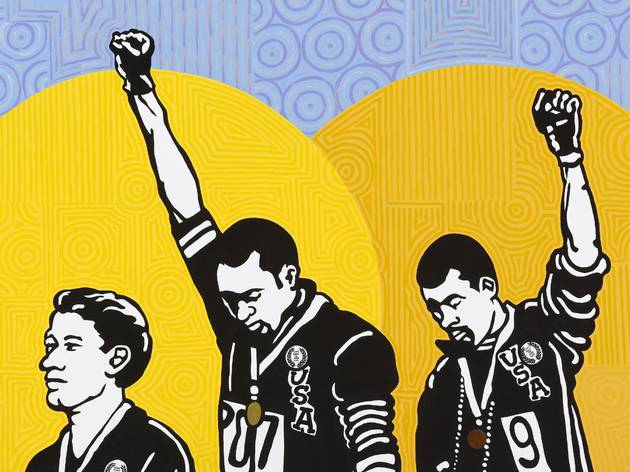 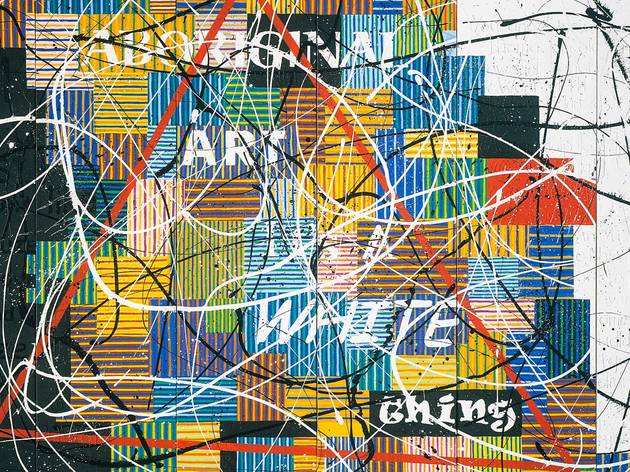 Kamilaroi, Kooma, Jiman and Gurang Gurang man Richard Bell is one of Australia’s most impactful contemporary artists and dedicated activists, a force for First Nations rights forged under the under the oppressive Bjelke-Petersen regime in Queensland, and then in Redfern. His illustrious 30-year career to date is celebrated in expansive new exhibition You Can Go Now, hosted by the Museum of Contemporary Art Australia (MCA) with whom he has enjoyed an ongoing relationship.

Reopening October 12 and running until November 7, it showcases his incendiary political artworks that use mighty satirical humour to eviscerate reductionist views of First Nations art within a post-colonial history and framework. It’s been overseen by MCA senior curator of Aboriginal and Torres Strait Islander collections and exhibitions Clothilde Bullen, and draws together nearly 40 artworks created across a range of mediums including painting, installation and video works.

A recreation of the original Aboriginal Tent Embassy set up on the lawns of Parliament House in Canberra in 1972, ‘Bell’s Embassy’, is one of the exhibition’s centrepieces, providing a public space for retelling stories of oppression and displacement while imagining a new way forward. It popped up at the Venice Biennale previously. Significant early works include the first iteration of ‘Bell’s Theorem’ which questions the commodification of Aboriginal art. You’ll also be able to see large-scale painting ‘Scientia E Metaphysica’, hailing from the same series. Aboriginal historian and activist Gary Foley collaborated with Bell on video work ‘Scratch an Aussie’, in which Bell plays therapist to a group of teenagers.

You can check out a digital version of the Aboriginal Embassy here.

“It is a rare moment in time when a major contemporary art institution can present the work of an artist who has significantly shifted the discourse locally, nationally and internationally of First Nations people,” says MCA director Elizabeth Ann Macgregor. “In this moment, so unprecedented in terms of its global revision of race relations and its reckoning of historical, social and economic inequalities across communities and countries, Bell’s exhibition is more necessary and timely than ever before.”

Love art? Here's our guide to what's opening around town.