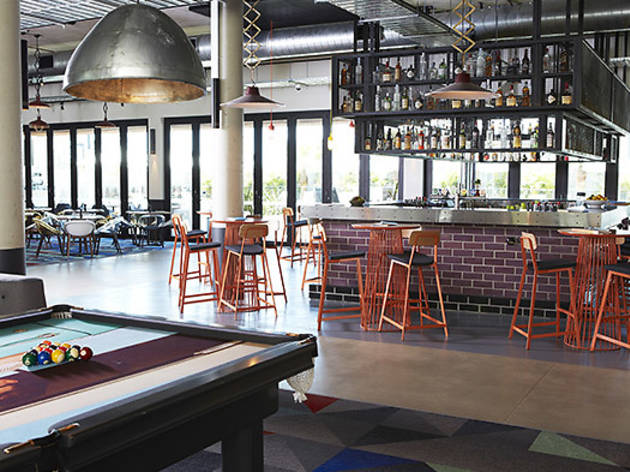 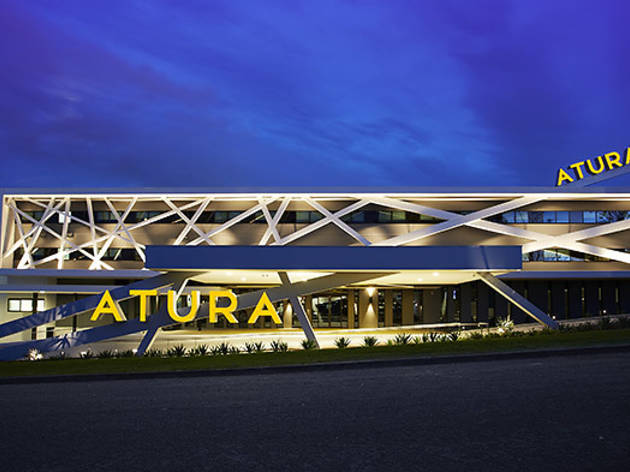 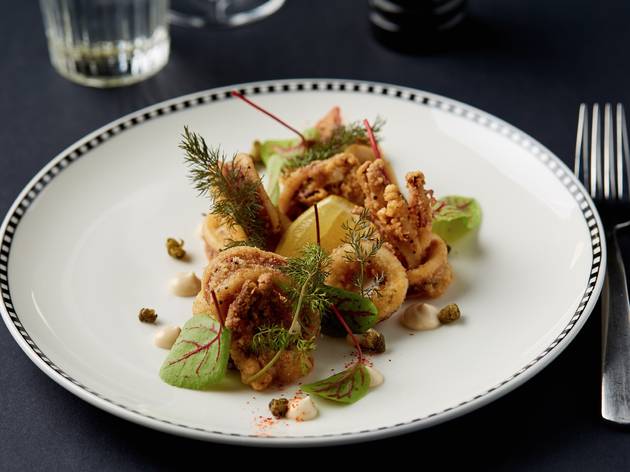 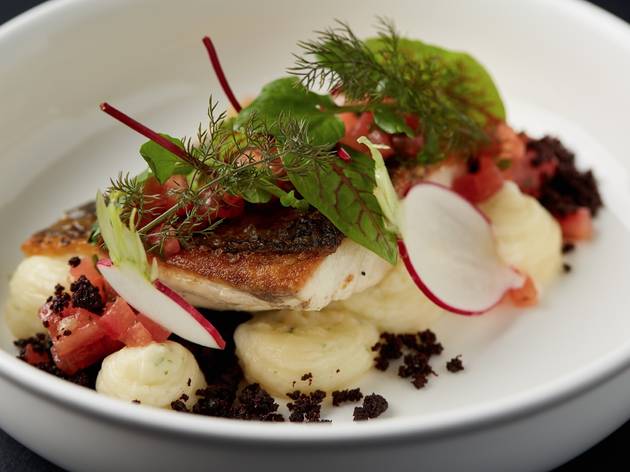 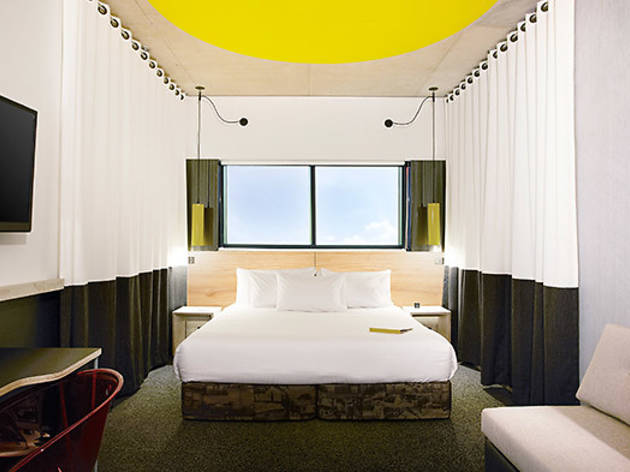 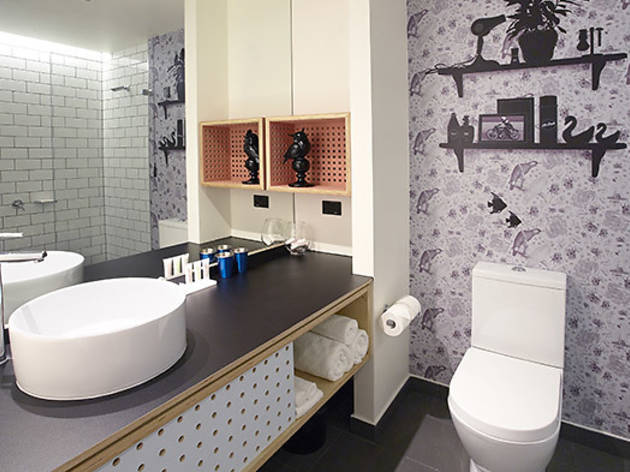 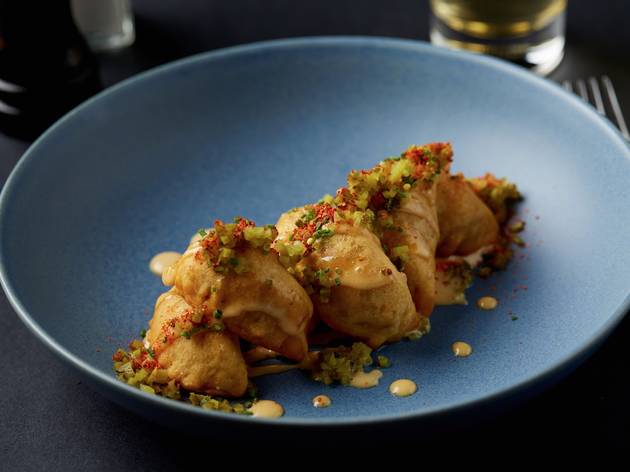 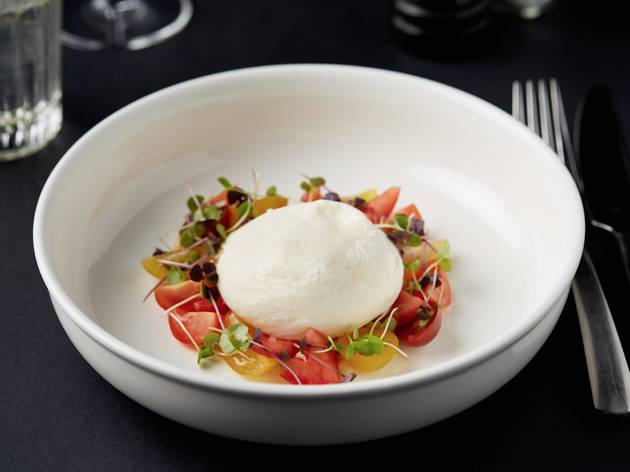 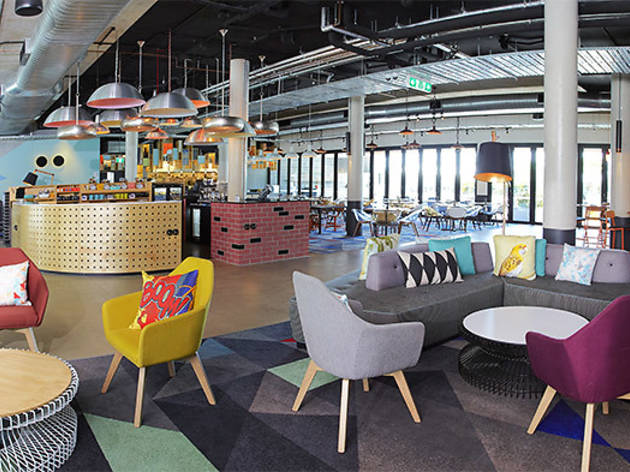 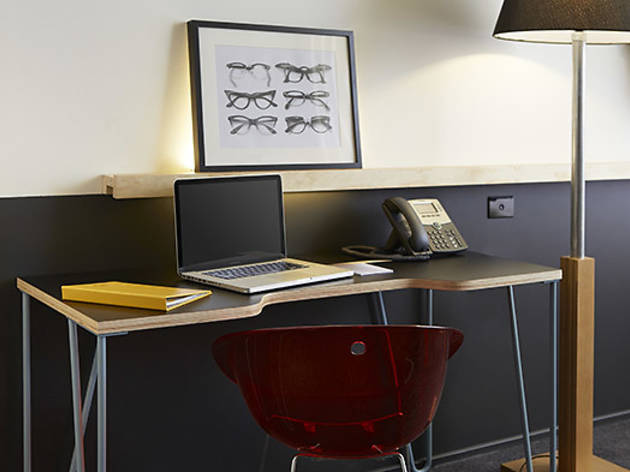 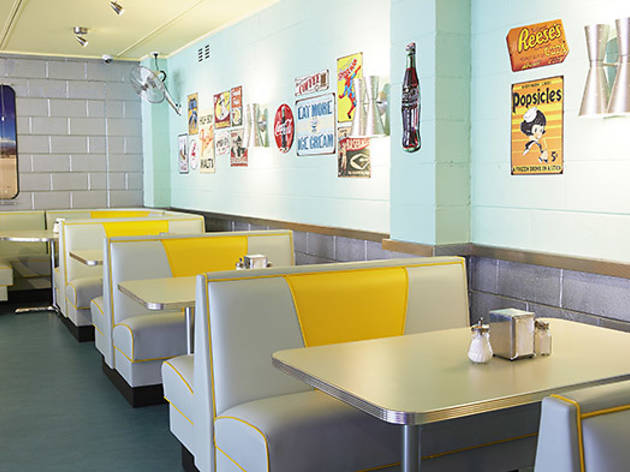 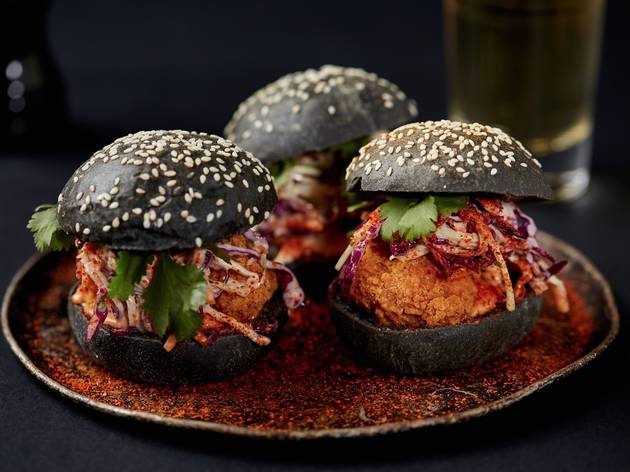 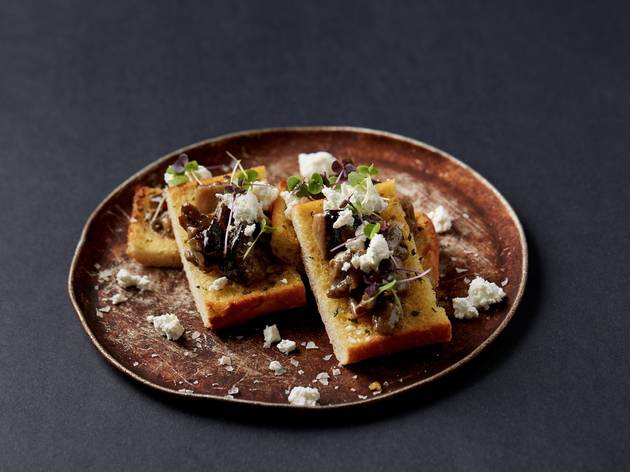 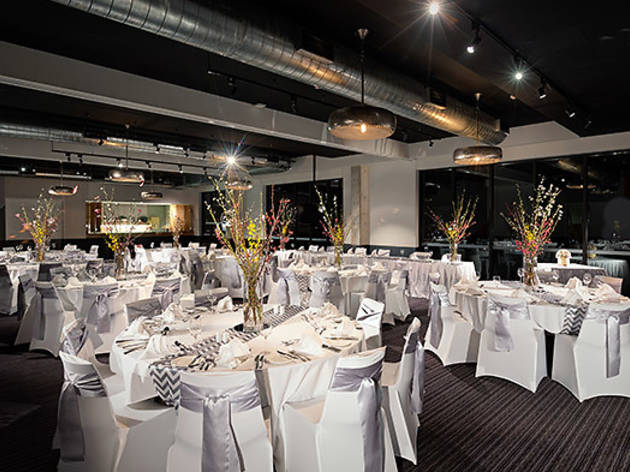 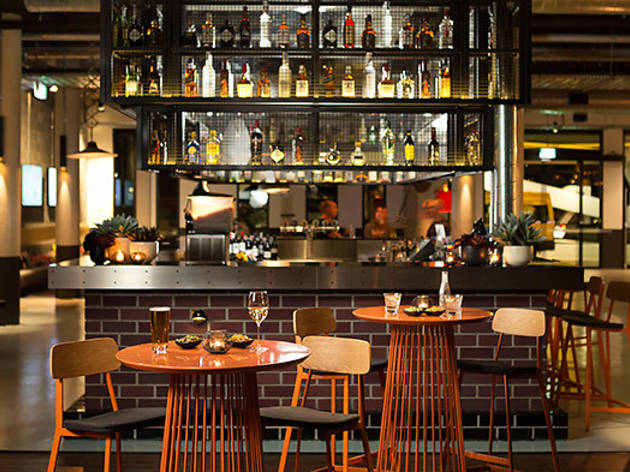 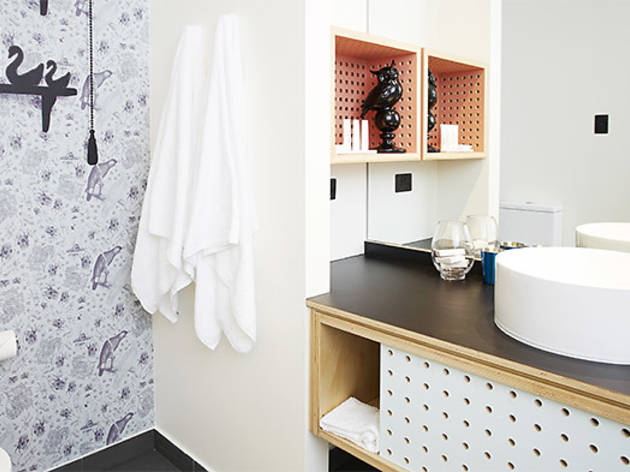 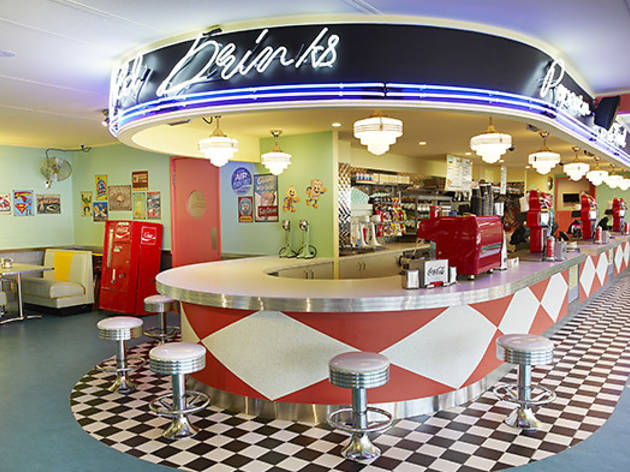 Lounging around the Atura’s palm-lined piscina under a tasseled sun umbrella, the sky uninterrupted by buildings, you could be in any little desert town in the US. Albeit one with a very nice pool. The rooms at the Atura are spacious and cheerfully decorated, with industrial concrete walls, offset by quirky flourishes like large sunshine yellow ceiling decals, and owl statuettes in the slick, modern bathrooms. An overnight stay feels like you’re living inside a boutique advertising agency in downtown somewhere, right down to the free, fast wifi.

The hotel’s Roadhouse Bar and Grill dishes up dudeish food like burgers, steaks, and on Saturdays a high tea that swaps out cucumber sandwiches for sliders. The bar also has one of the largest collections of American whiskeys around these parts, and they’ll do a tasting flight if you ask politely. Service is warm and accommodating, and the crowd is a mixture of conference-types, couples on date nights and amusement seekers thrilled by the proximity to nearby Wet’n’Wild. Out in the halls, Martin Mischkulnig’s kooky portraits –originally commissioned by the near-by Blacktown Arts Centre – hang. The Atura is the western cousin to Sydney's QT, but the vibe here is very much community driven. For instance, on Saturdays they host an open mic night.

When you wake up... If you’re here on Sunday, stroll to the Blacktown Markets for bric-a-brac, antiques, second-hand goods and bargain-priced fresh fruit and veg. If you’re up for a late breakfast, the snack stalls peddle Korean bao, Malaysian satay and a traditional sausage sizzle.

During the day... Catch a free shuttle to Wet 'n' Wild. Sydney’s biggest waterpark features a heap of slides including the 360 Adrenalin – imagine the floor falling out from beneath you to give way to a sheer drop before you’re looped around and shot out of a watery flume. If you want to do the day in style, rent a VIP cabana, which overlooks the wave pool and has its own locker, fridge and deck chairs.

After dark... Sydney’s last remaining drive-in, the Skyline, has two big screens with an old-school diner wedged in the middle – so save room for spiders and banana splits. Atura can also organise your very own Cadillac to kick back in while watching a film if you want to do the whole Danny-and-Sandy thing.