It’s a sunny day, and you’re looking at Hong Kong’s iconic skyline from the boardwalk by the harbourfront. Ferries glide over the water and a beautiful junk boat with red sails bob by… cue gong. C’mon guys! As great as the food and shops are in Hong Kong, there’s a lot more to the city than just dim sum and retail therapy. With a population of over 7.2 million there are plenty of people who put their heart and souls into creating and offering services that are truly indie, and unique to this city. It might be a bit out of the way to find, but what better excuse to stay in town a few more days and explore the true spirit of Hong Kong? 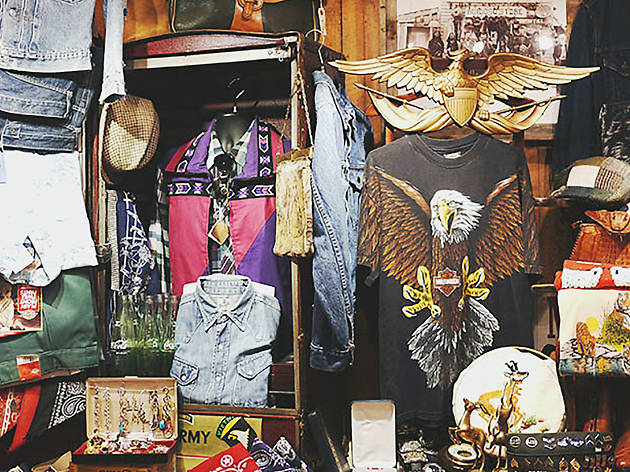 This is the OG of vintage clothing stores in town. Known to locals for its quality and original clothing, the difference here is their insistence on product control. Tastefully selected by the store, all items are closely and carefully inspected to ensure the quality of their textiles. Stocking anything from leather and denim jackets to patterned T-shirts and knitwear, you can expect to find plenty of one-of-a-kind fashion items to wow your followers on Instagram. Shop 58, G/F, Victoria Centre, 15 Watson Rd, Tin Hau, 2802 6886; midwest-vintage.com. 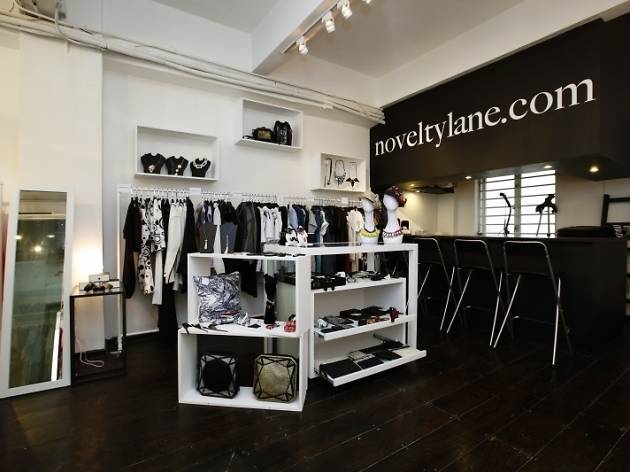 If there was an Asian version of Etsy and it had a store, then Novelty Lane would be it. Offering an impressive selection of alternative brands from the region, Novelty Lane’s mission is to connect independent boutiques and provide a platform to showcase them in one location. Apart from its physical address in Wan Chai, you can also browse its entire collection online. 2/F, 106 Johnston Rd, Wan Chai, 2433 6522; noveltylane.com. 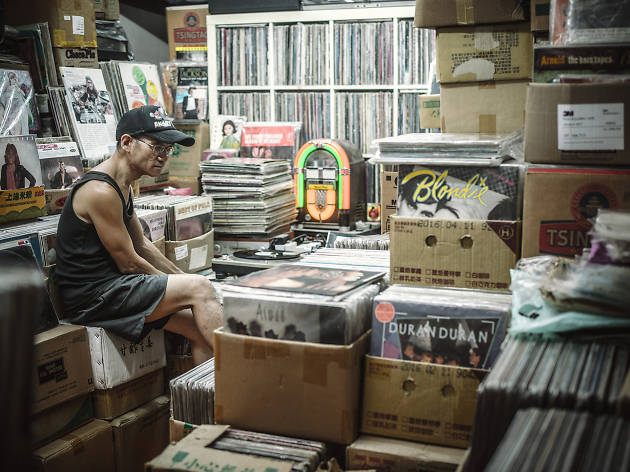 Crowded doesn’t even describe the towering boxes of vinyls at this fifth floor location. It’s worth coming just to hear the records playing at this musty Sham Shui Po apartment-cum-record shop, because you’d be hardpressed to find anyone more passionate about vinyl than 60-year old store owner, Ah Paul. Take a browse through his selection of cantopop, mandopop, jazz, disco – any music really – and see if you can find a diamond in the rough. Flat D, 5/F, Wai Hong Bldg, 239 Cheung Sha Wan Rd, Sham Shui Po. 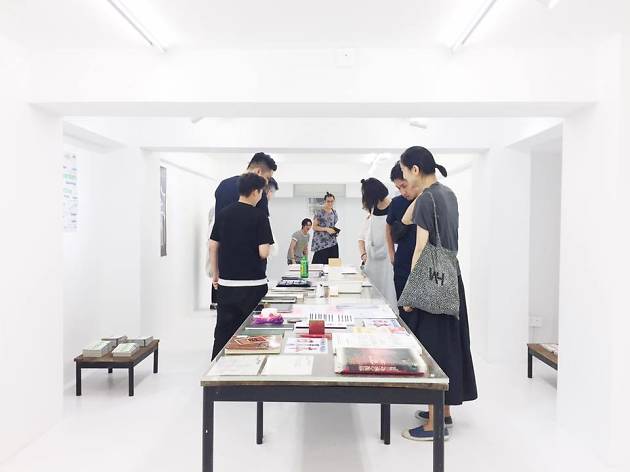 This cafe and art space promises to nurture the spirit of the Sham Shui Po community, and allow their creativity to grow. Providing a space away for creatives to work on and display their artworks, the baristas also serve a knockout coffee. If you’re not in the market for art, there’s an independent book shop for a cheaper souvenir. Connecting the community with independent thinking, this is a home away from home for all free spirits. 198 Tai Nan St, Sham Shui Po; fb.com/commonroomandco. 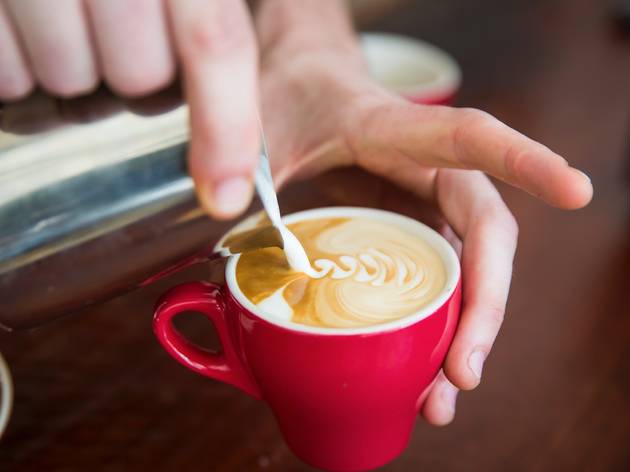 Fo Tan is the newest artist area in Hong Kong, where the light industrial spaces provide more wallet friendly rent options to those looking for large-scale studios. Out Of Cafe serves these artists (and anybody else’s caffeine fix needs). Floor-to-ceiling glass windows trimmed with black frames, long pinewood floors and light, Scandinavian-style furniture give off a clean and calm ambience. Sit down for a cup of coffee and soak in the creative vibe. Room 1215, Wah Yiu Ind Ctr, 30-32 Au Pui Wan St, Fo Tan, 2882 9116. www.outofcafe.com.hk. 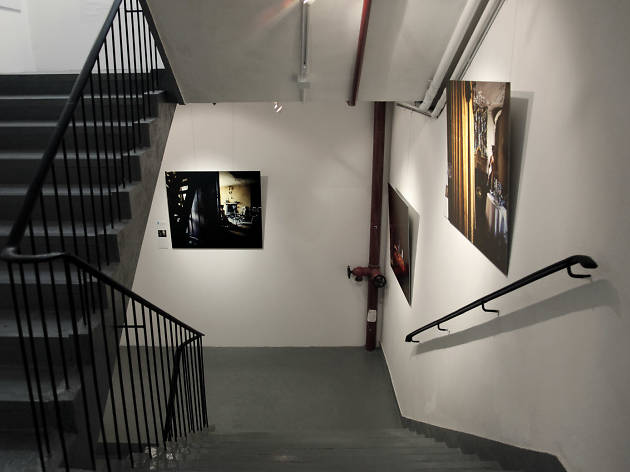 Located in the industrial district of Chai Wan, AO Vertical Art Space is a ‘vertical flow’ gallery – think New York’s Guggenheim but lots smaller – located in a stairwell stretching from the third to 13th floors of an industrial building. Showcasing art curated by Asia One, the collection includes more than 100 pieces of painting, sculpture and photography by 28 artists, mainly from Hong Kong and China such as Zhao Haitien, Cheung Yee and Ho Fan. 13/F, 8 Fung Yip Street, Chai Wan, 2976 0913; aovertical.com. 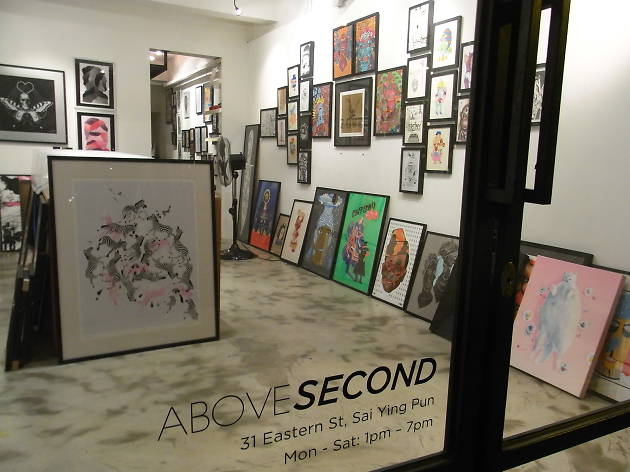 Situated on the slopes of Sai Ying Pun, this little gallery is now a lot much more accessible thanks to a new MTR stop less than a block away. Focusing on urban art, particularly illustrations, street art, graffiti, manga and pop culture-influenced works from some of the most notable local and international talents. Previous exhibitions include big names like D*face, Alec Monopoly, as well as local artists such as Parent’s Parents and Kristopher Ho. 9 First St, Sai Ying Pun, 3483 7950; fb.com/abovesecond. 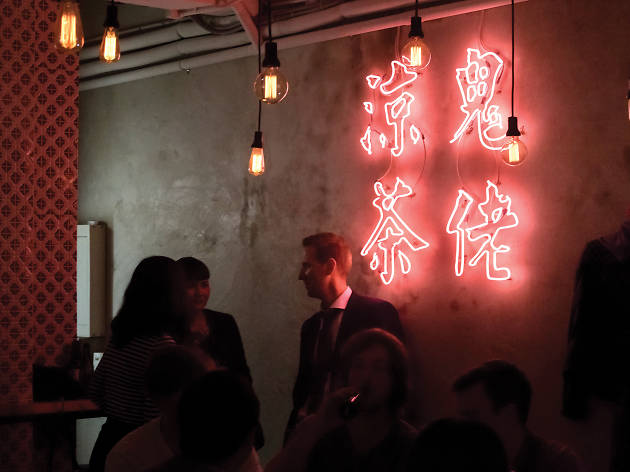 Don’t be fooled by the boring English name here. This bar and restaurant serves only beer brewed inside the 852 and the Chinese name phoneticises to ‘so f*cking good’, so it’s a f*cking good thing it delivers on its promise. With bare concrete walls and an industrial chic vibe, the biggest feature is the large neon sign in Chinese that translates to ‘white man’s cooling tea’ – aka – beer. There is an inescapable cheeky, bi-cultural atmosphere here from the local craft brews to the food. 65-65A Peel St, Central, 2342 2224, fb.com/65peel. 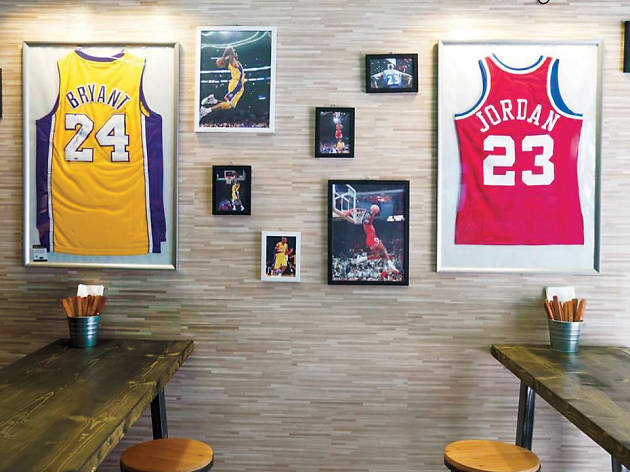 Sneaker Street – or Fa Yuen Street – isn’t just a street for shoppers to buy the latest kicks, it’s a temple to the masses in this city who worship the humble running shoe. So much so, there’s a sneaker themed bar a few blocks away. Opened by a sneaker lover, his kicks line two of the walls and a neon basketball court outline hangs from the ceiling. This drinking hole has a solid selection of craft beers, with an interesting mix of labels from home and abroad. There’s more to do in Mong Kok than shop and Snkrholic is where you go to experience the people of MK. 31 Yin Chong St, Mong Kok, 2387 9828; fb.com/snkrholic. 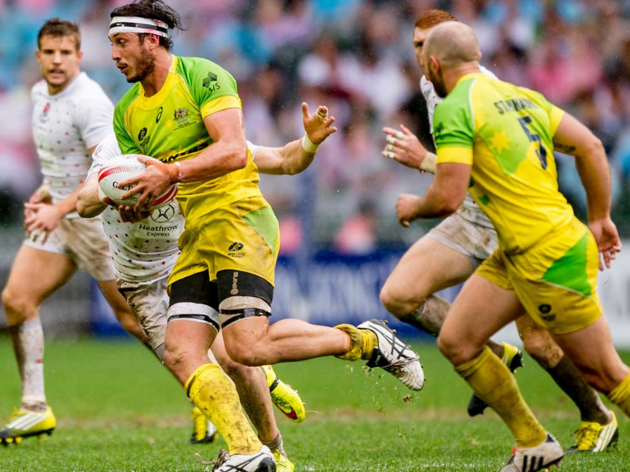