Since 1904 the Hydro Majestic has been an elegant sentinel on Sydney’s Western border, perched on a precipice in the Blue Mountains suburb of Medlow Bath. It originally operated as a health retreat before being used as a hospital for American soldiers injured in the Pacific during WWII. In 2008 the hotel closed for a major refurb, reopening those Art Deco doors in late 2014. And if you can’t stretch to an overnight stay, you can always visit for high tea.

Tea is served in the Wintergarden, the dining room with banquette-to-ceiling windows that look out over the majesty of the Megalong Valley. So it’s worth booking far enough ahead to ensure you get a window seat.

Inclement weather can be unwelcome on a weekend away but in fact seeing the valley vanish under a rain or, at that altitude, hail cloud, is almost preferable to basking in the afternoon sun, which can get a little toasty. Fortunately comfort is a watchword at the Hydro and automated blinds sink to a precise level that shades the eyes without restricting your view. They’ve thought through all contingencies.

The standard tea package ($55) is an afternoon affair on weekdays, but on weekends ($65) they wind it back an hour to fit everyone in; last bookings are always at 3pm. They also do a gluten-free high tea, as well as one specifically designed for children. If you’re some sort of renegade who refuses to play by the terribly British rules, there’s an Eastern tea that features dumplings, barbecue duck pancakes, vegetarian rice paper rolls and twice-cooked pork belly.

We take the traditionalist route: a three-tiered stand arrives with a savoury-to sweet-ratio that favours sandwiches over cake – just the way we like it. Start with the scones while they’re still warm; spread both the plain and sultana varieties with thick cream and strawberry conserve. The second-tier savouries include little pancakes that are admittedly fridge cold, but any vehicle for smoked salmon dotted with caviar is a welcome one, and the teeny blue cheese and caramelised onion tart is tiny but mighty flavourful.

The bread for the crust-free finger sandwiches might well have been carved out from the heart of the loaf, so soft and pillowy is the casing for thin slices of cucumber with butter or rare roast beef with rocket and a whisper of relish. Our pick is the generously dressed and well-packed chicken number. By this point you’ll have had more than an elegant sufficiency, but sweet tooths should forge ahead, anyway. The top tier boasts a dense, sugar-dusted madeleine, buttery shortbread biscuits with a jam centre and shot glasses of something called a Cappuccino, which lives somewhere in the spaces between an unset mocha mousse and chocolate sauce. Of course, if someone offered us nothing but a plate of the perfect fruit flan with room for two tiny spears of strawberry flesh and one single blueberry on top of a luxurious vanilla custard in a crisp gumnut-sized pastry shell? We’d die happy.

Their tea range is ten-strong and lets you stay in familiar territory with Earl Grey, English breakfast and peppermint, or take a punt on something more exotic like the Mousson Sur Ha Noi, which is described as a Vietnamese green tea blended with lychee, banana flower and daisy flavour, embellished with flaming safflowers. The best part is they don’t charge for round two on your caffeinated beverage of choice.

High tea at its core may just be snack plates and all the hot beverages you can manage. But when it’s located in one of the most beautiful mountain settings in striking distance of the city, it elevates your afternoon pick me up to an elegant repast that is worth heading to the hills for.

Time Out visited the Hydro Majestic as a guest of the Hotel.

Read more about Sydney's best high teas or book your high tea at The Wintergarden below. 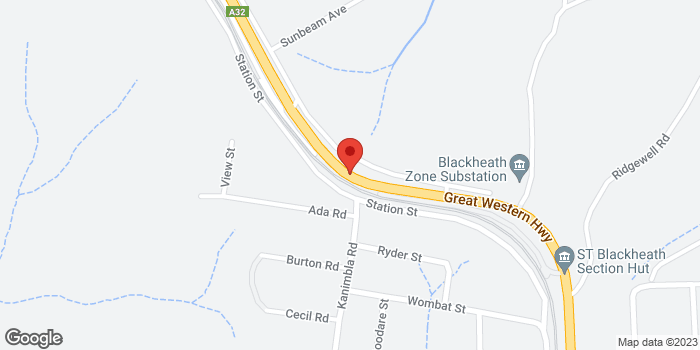