Pulling away from the buzz of the Central Station on a train destined for Katoomba is an uplifting start to a relaxing trip away. As the racket of the city slips into the distance, the concrete jungle is replaced by a landscape untouched by time, consumed by ripples of dense greenery, staggering cliff faces and pristine forests. The Blue Mountains’ most popular stop-off, Katoomba starts the unwiding process before you even arrive.

Home to the famous rock formations of the Three Sisters, the beauty of this natural phenomenon has to be seen to be believed. No image – be it on a postcard or in a glossy coffee table book – comes close to capturing their true spirit. Katoomba’s Echo Point ridge offers some of the most spectacular views. According to Aboriginal legend, the staggering triplets were created when a medicine man cast a magical spell over three young sisters, turning them to rock in the hope of protecting them for eternity. One of the country’s most recognised landmarks (and tourist traps), over time the attraction has transformed a sleepy mining village into a boom town alive with curious city slickers, international visitors and young travelers laden down with backpacks. All of them mingle in a string of al fresco cafes.

Given the diversity of the visitors, all budgets are catered for, from hostels to hip hotels. If it’s rejuvenation of a worn out body and mind you’re after, Lilianfels Resort & Spa is the place to head. The retreat is set on the edge of a cliff overlooking the mountains and Jamison valley below, a position that feels like it’s literally at the ends of the earth.

Originally the 19th century summer home of Sir Frederick Darly, the sixth Chief Justice of New South Wales, the sprawling building oozes old world style. Designed by renowned architect Varney Parkes (who was given instructions to build a “high class cottage”), the red brick house has expanded over the years to become more of a majestic mansion than a modest abode.

Despite some changes over time, the original features (and charm) live on. Tartan carpets smother the floors, art work depicting hunting scenes hangs from the walls, and in the spacious lounge room, a spread of twee floral sofas and dark oak tables decorated with high tea trays awaits. In fact, walking in this place leaves you with the feeling of being transported out of Australia and into a Scottish stately home.

With its tranquil setting and equally tranquil guests, it’s unsurprising the hotel’s reputation as an R&R Mecca is on the up. The surroundings soothe your soul, and tucked away in its hushed basement is a very modern spa, ready to do the same for your body.

Candle-lit treatment rooms are decked out in neutral tones, where you can indulge in a wide range of indulgent therapies from facials to body scrubs. The products used are from renowned European style brand Kerstin Florian.

The immaculate staff are kept busy working their magic on a steady stream of guests, but despite its popularity, the team carefully space the bookings, ensuring the relaxation room and marble sauna area always remain peaceful.

No detox break would be complete without a leisurely swim, and Lilianfels has a heated outdoor pool nestled in two acres of rambling English country grounds (complete with a smaller French Riviera-style garden in a glasshouse). There’s plenty of scope for a splash with views.

To make the most of your down time, the hotel has put together a range of packages, ranging from two to four night stays, that are tailored to meet everyone’s needs. You can pick and choose from the extensive spa menu, and dip in and out of exercise depending on your frame of mind.

For those keen to do more than just admire the scenery, a wilderness therapy walk takes you deep into the forest, stopping off at spectacular viewing points while throwing in an array of breathing and stretching exercises.

Be it admiring the luscious land, soothing yourself in the spa or indulging in high tea, a break in the Blue Mountains could be just the breath of mountain air your life needs.

Essentials
Prices per night start from $310 mid week, and $410 weekend. 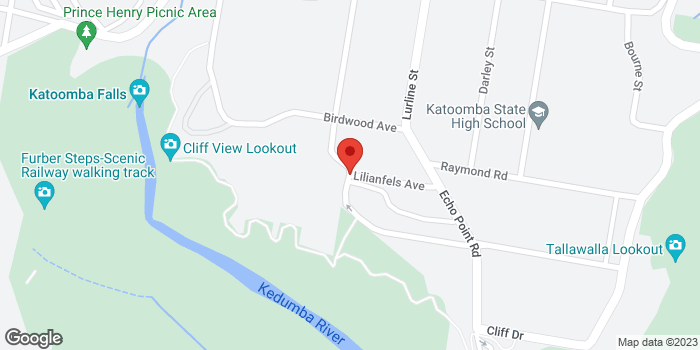