The biggest nightclub in Singapore is set to open at the famous Marina Bay Sands in April.

The spectacular building, which featured in the film Crazy Rich Asians, will host the brand new Marquee Singapore, occupying three floors and 2,300 square metres with a massive indoor Ferris wheel at its beating heart. Helmed by the brains behind some of the biggest nightclubs in the world, TAO Group, Marquee Singapore is set to take Singapore’s nightlife scene to new heights – quite literally.

Known for its signature venues in New York, Las Vegas and Sydney, Marquee makes its Asian debut on the weekend of April 12 and 13 with a grand opening party from 10pm until late. The red carpet affair is backed by an exhilarating line-up of internationally acclaimed guest DJs to give revellers a taste of its world-famous parties.

And the next-level celebrations don’t stop after opening weekend. Get down with more big-name party starters throughout April. Dance with English electronic trance artists Above and Beyond on April 19, see house music master Steve Aoki raise the roof on April 20, experience classic DJ action with America’s Kaskade (aka Ryan Gary Raddon) on April 26 and return on the 27th for the family electro-dance act by Dutch brother duo Showtek.

Before you shake your way to Marquee Singapore, here’s everything you need to know about this brand-new nightlife experience in one of the most exciting cities in the world. 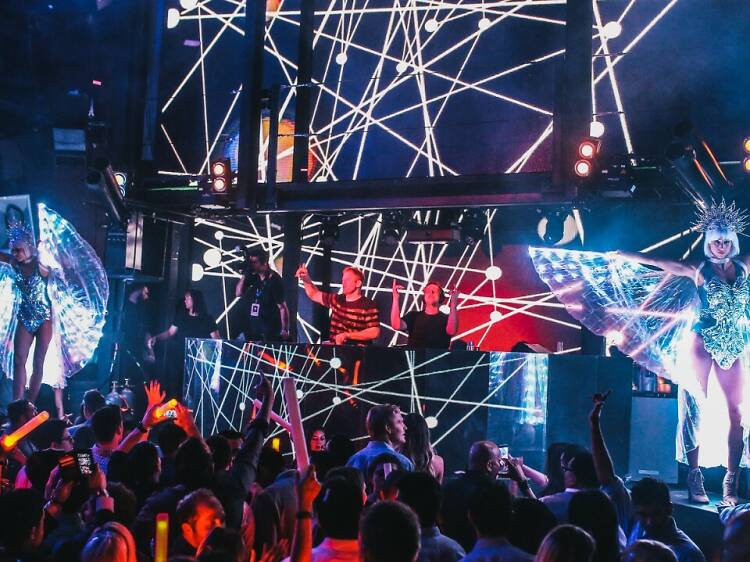 A hot favourite among A-listers

After the successful launch of the swish Lavo Singapore in 2018, TAO Group’s founders, Noah Tepperberg and Jason Strauss, return to shake up the entertainment and dining scene with concepts to entice both local and international guests. The company debuted the first Marquee in New York back in 2003 and the nightclub has hosted such A-list celebrities as Paris Hilton, Rihanna and Heidi Klum. 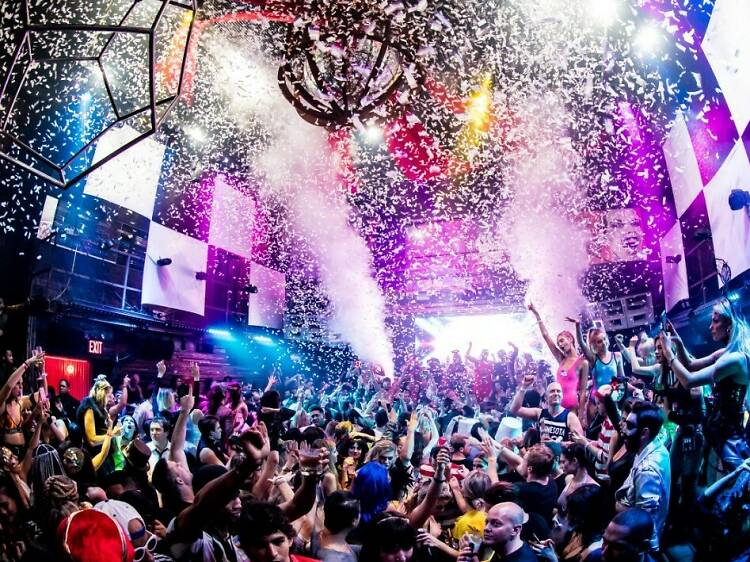 An indoor playground for adults

The biggest club in the city, Marquee Singapore stretches over 2,300 square metres across three floors with sky-high ceilings that tower up to 30 metres – big enough for party animals to run riot. It also features a full-sized, eight-armed indoor Ferris wheel that offers revellers a great view of the nightclub from its pods. Each pod is equipped with a photo booth to capture Instagrammable moments. Plus, there’s a three-storey slide to amp up the carnivalesque vibe. 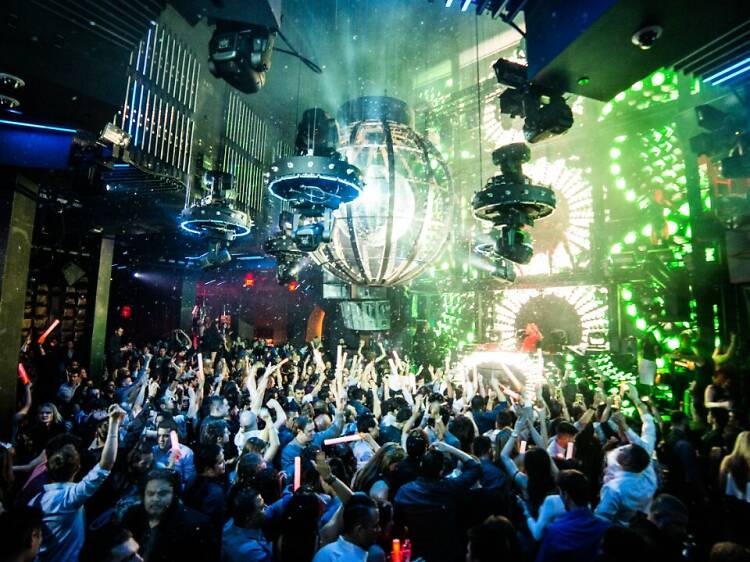 A dynamic dancehall and solid soundsystem

The laser beam-festooned nightclub blends cutting-edge design technology and a top-flight sound system featuring the Funktion One DJ console for phenomenal sound quality. On the dancefloor, gyrate to bass and beats throbbing from its crystal-clear sound system. 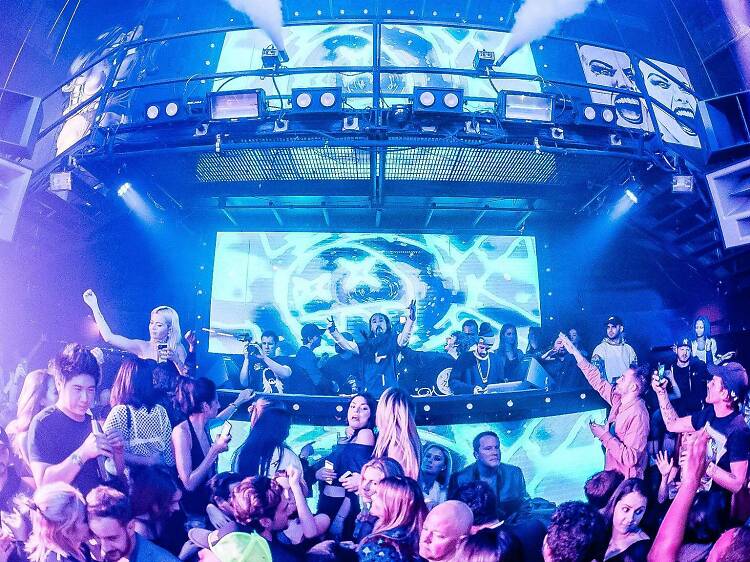 Major music acts on the decks

When it comes to music, TAO Group means business. Marquee nightclubs are known to rope in heavyweight entertainers and DJs from the dance-music world including Steve Aoki, Armin Van Buuren, Alesso, Kaskade and Dash Berlin, as well as chart-toppers like French Montana, DJ Khaled, Post Malone and Travis Scott. Expect to break out your best moves with a dizzying array of A-grade spins throughout the night. 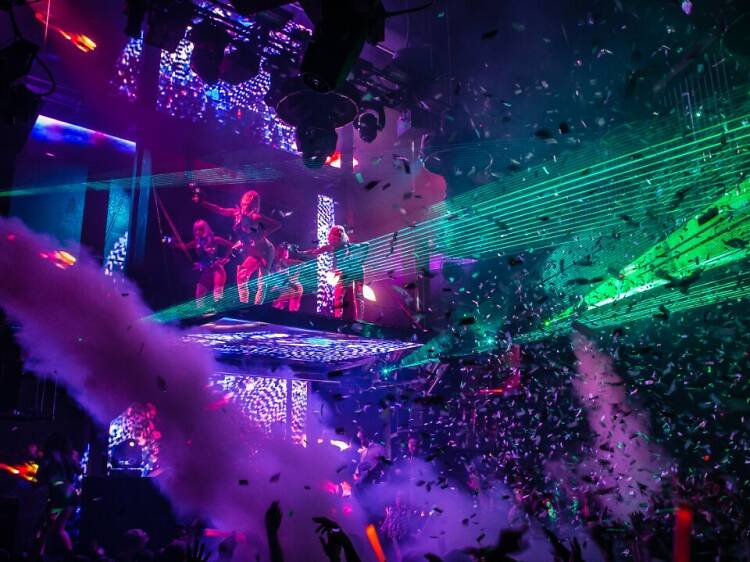 A weekend Neverland for clubbers

The dancefloor heats up every Friday, Saturday and the eve of public holidays from 10pm until late. Thanks to the backing by a slick sound system, a stellar roster of DJs and a Ferris wheel to boot, you best believe there won’t be a bone in your body that isn’t thoroughly shaken by the dopamine rush from this club. Stay updated with upcoming weekly events and live DJ performances at bit.ly/MarqueeFanClub. For more information on Marquee Singapore, visit marqueesingapore.com. 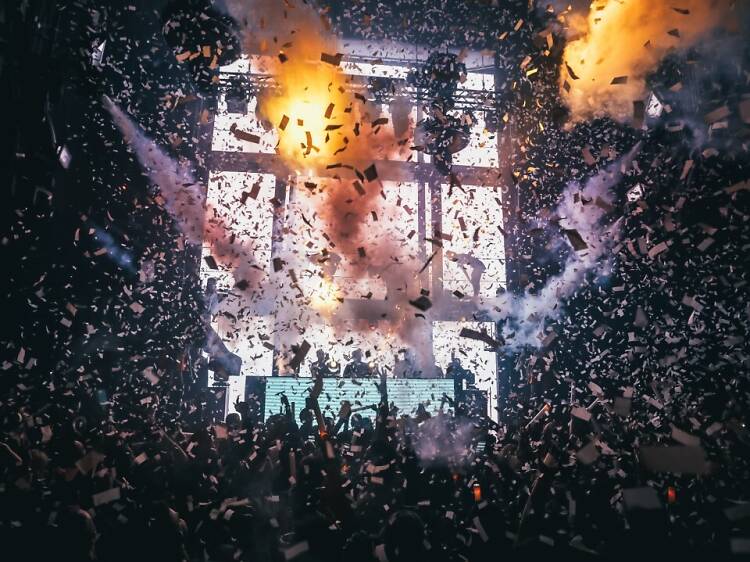 That’s not all – TAO Group is bringing two more multi-concept venues to fuel your late-night experience. Opening in May, Avenue is an intimate speakeasy-style lounge featuring the latest in craft cocktail technology and fun additions like a mini bowling alley and retro arcade machines. Koma, on the other hand, is a modern Japanese eatery and sushi bar set to open later this year.