The best whiskey bars in Chicago

Newfangled or Old Fashioned, on the rocks or neat, check out these bars for the city’s best whiskey lists

Chicago has long been a whiskey town—it was a Chicago bartender who first codified the recipe for the Old Fashioned, back in 1888. Over the past decade, though, the city has really become a whiskey lover’s paradise: At an increasing number of bars, from high-end to honky tonks, beverage directors are seeking out small-batch and single-barrel selections and snapping up vintage bottles for their reserve lists. Even the proudest dive bars and neighborhood pubs have learned to up their games, with shelves of bourbons, Scotches and ryes for drinkers who won’t settle for well whiskey anymore. (It’s probably no coincidence this trend has tracked with the rise of Chicago distilleries.) Read on for our picks for the best bars for whiskey drinkers in the city. 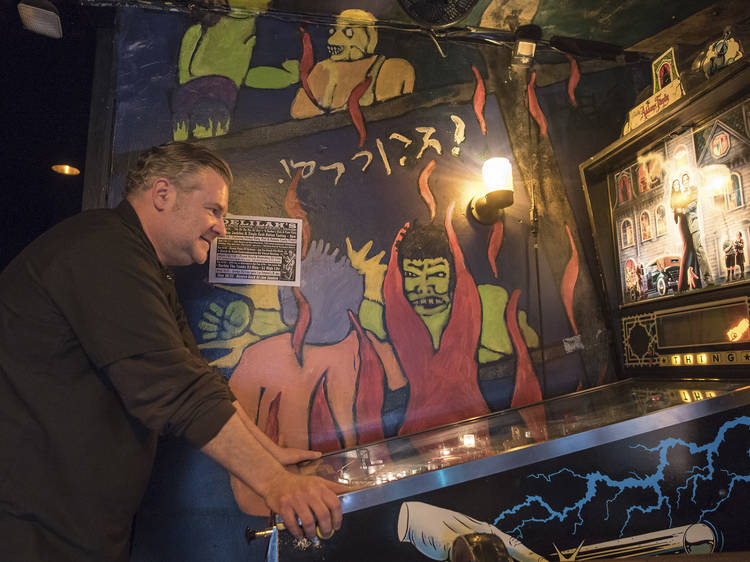 This Lincoln Park rock & roll mainstay is known for its killer jukeboxes, music movies and concert films on the TVs and an insane whiskey collection—more than 800 varieties of bourbon, rye and Scotch whiskeys from 15 different countries, plus a few of Delilah’s own bottlings you won’t find anywhere else. 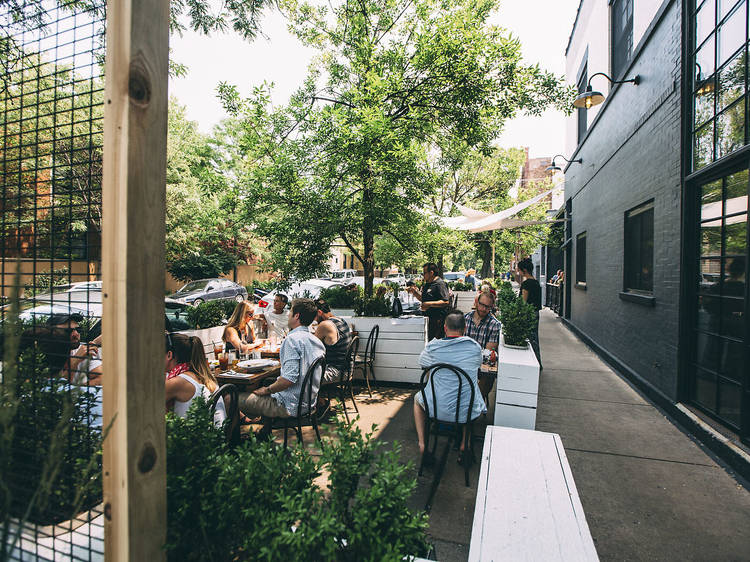 Longman’s whiskey shelves are deep: more than 400 varieties, ranging from everyday accessibility (three dozen or so can be sampled at $3 a shot) to wildly indulgent (the bar’s rare bourbons collection offers decades-old vintages of classic brands). Need help deciding? Try one of 15 thoughtfully arranged whiskey flights. 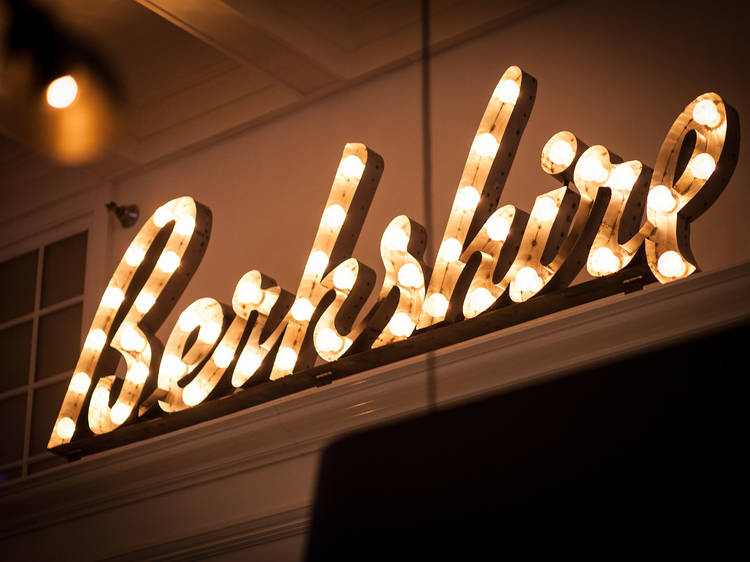 The Acme Hotel’s bar wears its whiskey love on its sleeve—er, walls. Check out the barrel-stave panels lining the snug side rooms, while you sip one of four barrel-finished draft cocktails like the Double Barrel Old Fashioned, aged in Buffalo Trace and Wild Turkey Rye barrels. Prefer your whiskey straight? There’s a wide selection of today’s finest, or you can drop three figures on a pour from the antique bourbons list, like a 1942 vintage Mount Vernon Rye ($250). 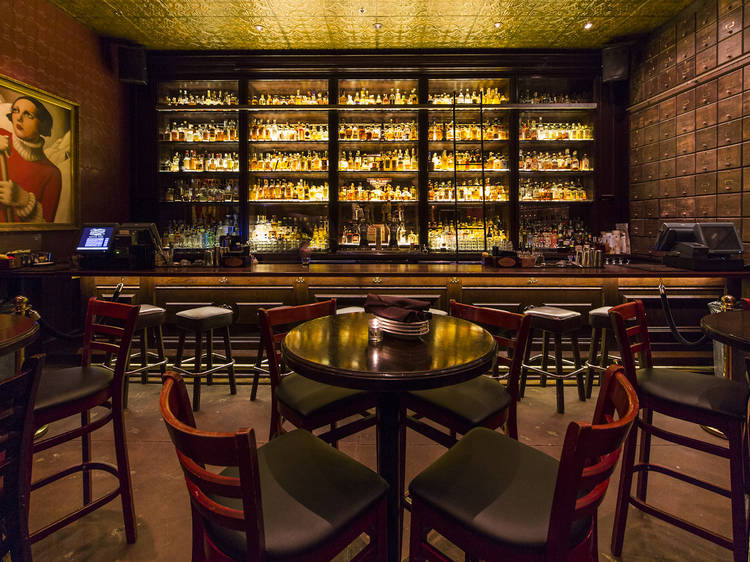 This massive underground lounge is unmarked on the outside, but makes quite the mark with its "whiskey library," where the shelves are stacked with more than 500 all-American varieties. Untitled claims it’s the largest selection of American whiskeys in the world. 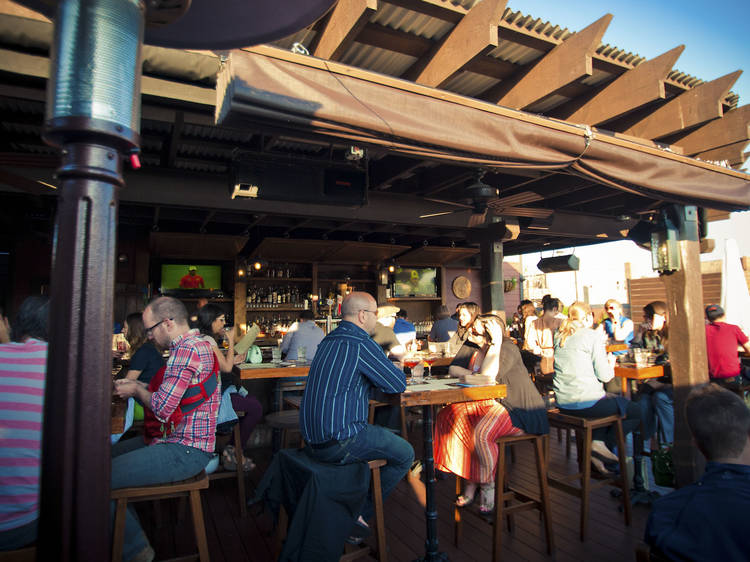 This homey neighborhood pub keeps an extensive and well-curated bottle list, but its whiskey bona fides are burnished by its Single Cask program of truly rare small-batch offerings from distilleries in the U.S. and overseas. It’s also one of two Chicago “partner bars” selected to serve single cask whiskeys from Scotland’s exclusive Scotch Malt Whisky Society. 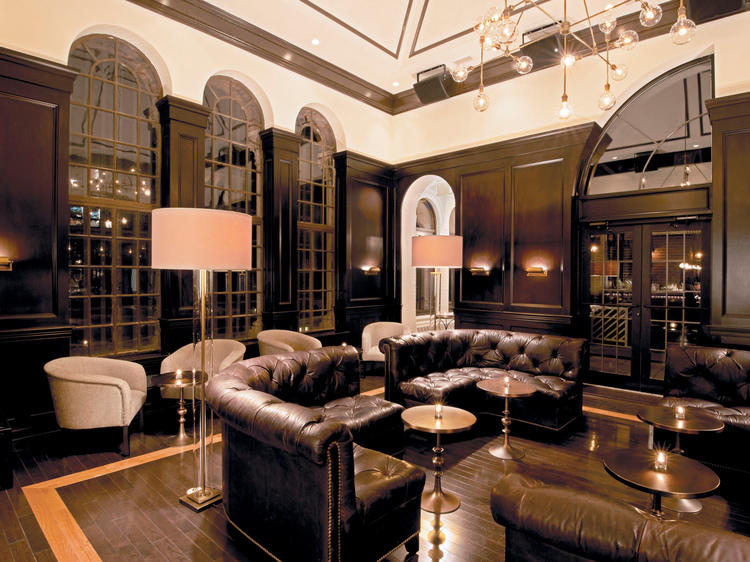 The other of Chicago’s two Scotch Malt Whisky Society partner bars (out of just 14 total in the United States) is the gorgeous 18th-floor lounge atop Streeterville’s Raffaello Hotel. Sip one of those small-batch beauties, or any of the dozens of other Scotches, bourbons, and ryes on Drumbar’s list, amid the posh wood-and-leather interior decor or while gathered around a fire on the outdoor deck. 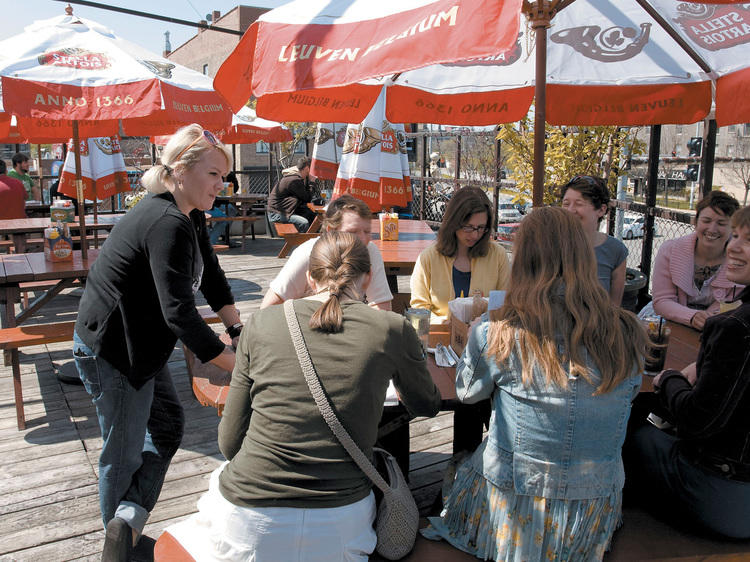 This River West standby is decked out like a biker bar, but several other B’s make it a roadhouse of choice for many patrons: burgers, beers, Bloody Marys, brunch and bourbon. On the latter front, the Spoke aims to stock “the best selection of whiskeys in Chicago,” and they make a good case for it: There are around 600 well-chosen bottles from which to pick—and every Wednesday, they’re half-price. 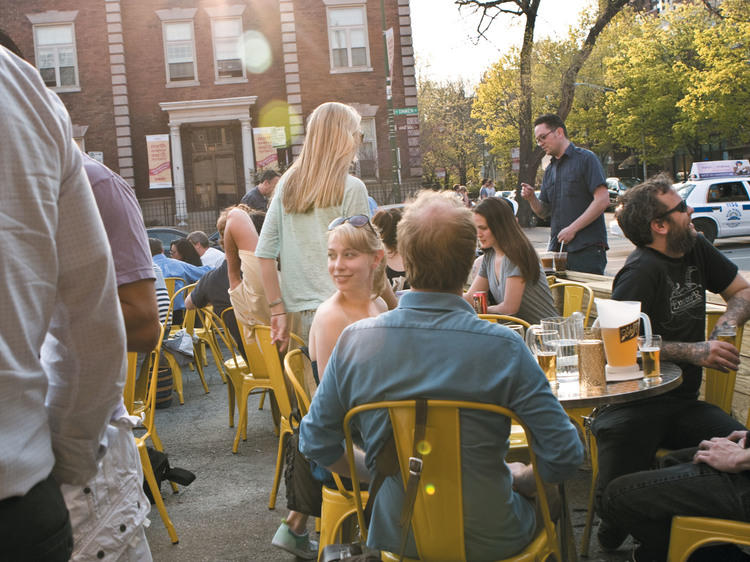 There’s more packing the patio at this Wicker Park favorite than micheladas and tacos al pastor. Big Star has been serious about whiskey since it opened in 2009. These days, its team makes regular visits to Kentucky to find picks for its single-barrel program, and the restaurant also maintains a reserve list of rare bottles. And you can still get $3 pours of the Shot of the Day. 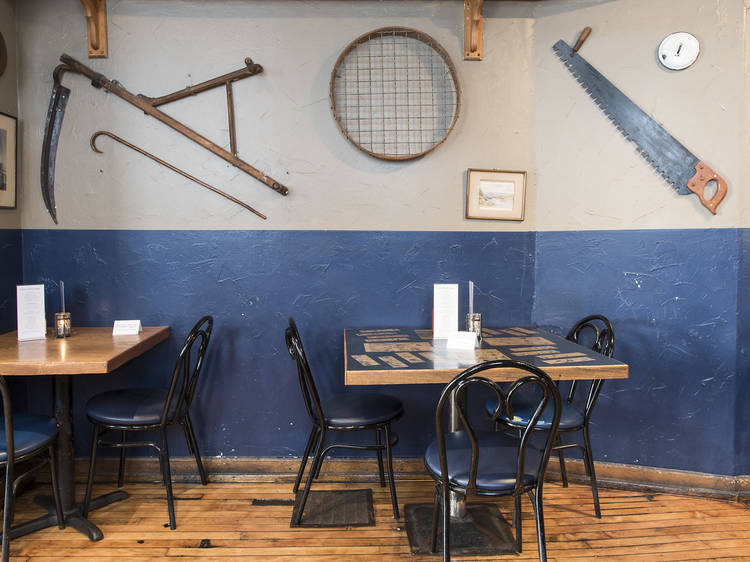 At this cozy Celtic ale house in Lakeview, you can hang out on the serene outdoor patio, eating fish-and-chips and sampling your way down a lengthy list of single malt Scotches. Don’t know your Lagavulin from your Bunnahabhain? The knowledgable staff will steer you to something you’ll love. 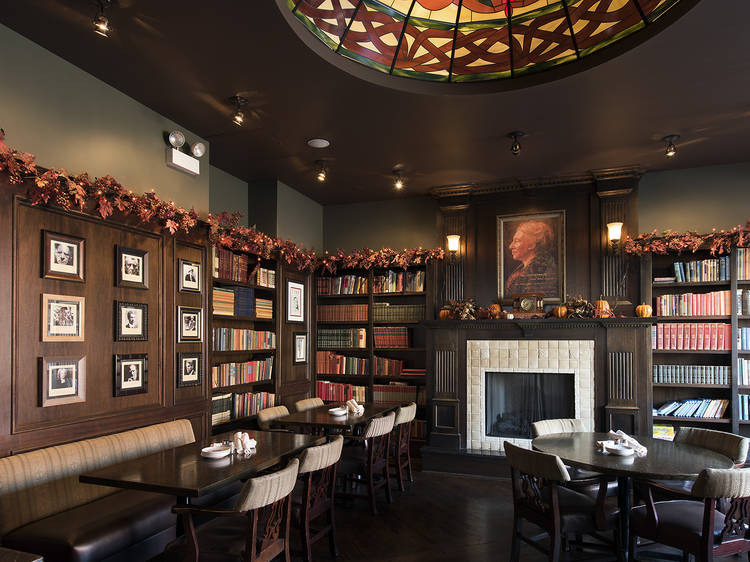 This Irish-ish pub is an Andersonville favorite, with its vaguely literary theme (its namesake was an early-20th-century Irish playwright) a vast improvement over the shamrocks-and-shillelaghs joints on other stretches of Clark Street. An impressive beer list and menu of Irish comfort foods is bolstered by the 300-strong whiskey list. A second location in Old Town (1525 N Wells St) opened in 2017 with a similarly stacked selection. 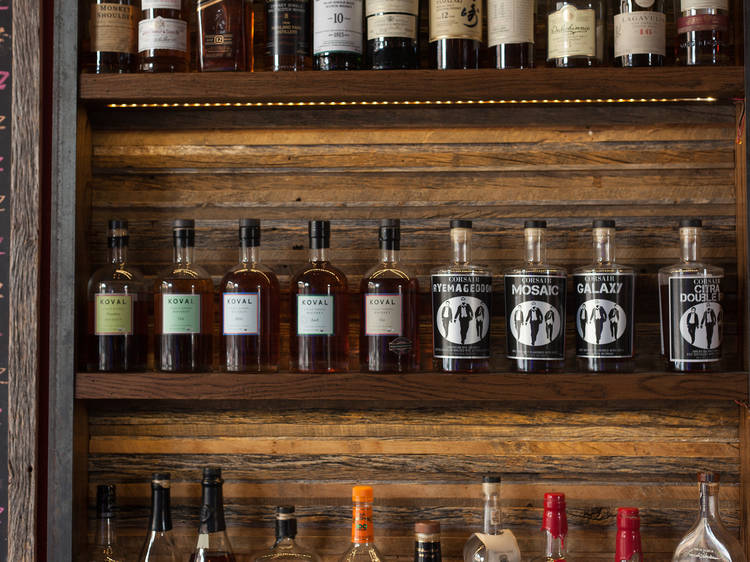 Neither arcade bar nor gay bar are necessarily categories where you’d expect to find well-tended whiskey lists. But the original Boystown outpost of the burgeoning local arcade-bar empire distinguishes itself from its slushie-slinging Halsted Street neighbors with a respectable selection of whiskeys including modern small-batch bourbons like Blanton’s Single Barrel, Noah’s Mill and Willett Pot Still Reserve.