It's official: We made it through 2020! Celebrate by exploring the best that our city has to offer in the first blush of the new year. The world of concerts, art exhibits and events still looks pretty different in 2021—for now, at least—but you'll find that there are still loads of things to do in Chicago this month. If you haven't already caught any of the shimmering displays of Christmas lights in Chicago, make that a priority; most installations come down after the first weekend of January. For more outdoor fun, lace up your skates and head to a Chicago ice skating rink or wait for a snowfall and go sledding in Chicago. Prefer to hibernate in your apartment? Check out the roster of virtual events and concerts happening throughout the month. For more advice on how to ring in 2021, check out our list of the best things to do this January in Chicago.

RECOMMENDED: Events calendar for Chicago in 2021 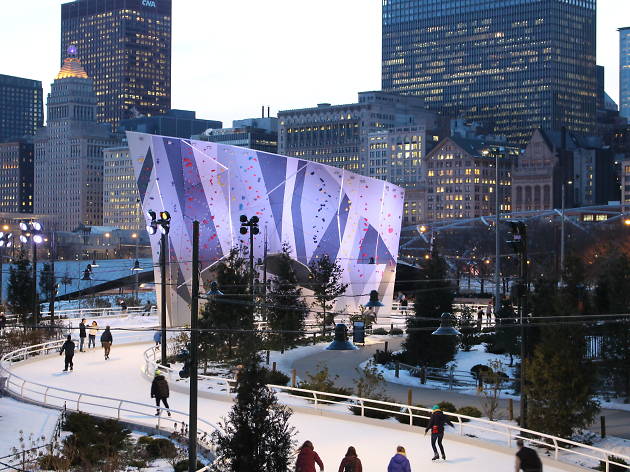 Situated in the heart of downtown Chicago, with the city's sweeping skyline as a backdrop, the Skating Ribbon at Maggie Daley Park is a winter attraction unlike any other. Skaters can lace up and wind around a winding ice-covered path that's twice the length of a lap around a traditional rink. Admission to the Skating Ribbon is always free, but this year you'll need a reservation in order to adhere to social distancing guidelines—a max of 180 skaters will be allowed on the ice at any given time. Skate rentals are available for $16–$20. The Ribbon stays open through March (weather permitting). 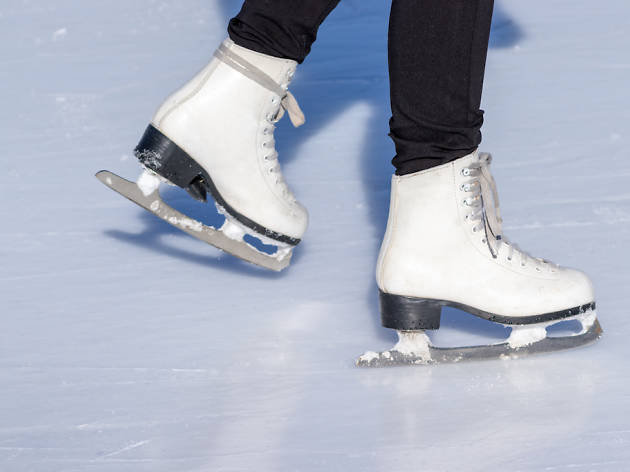 Hit the ice at the Chicago Wolves Ice Rink at Rosemont's Parkway Bank Park, where you can reserve a free 45-minute skating session every day through January (including holidays); the rink will also be open on Sundays through February. Use of the rink itself is free—with skate rentals available for $8—but you'll need a credit card to hold your reservation online. 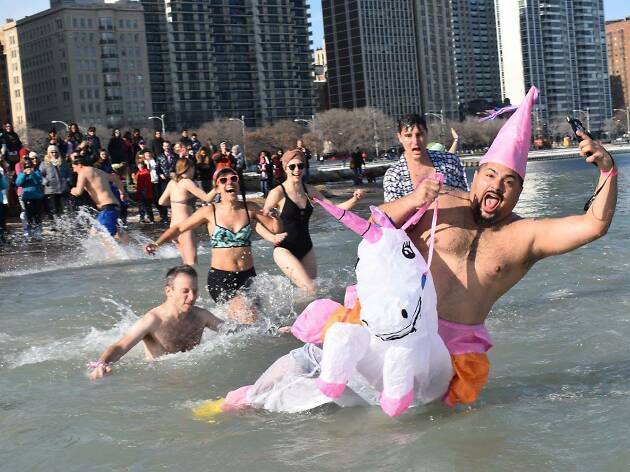 Most years, this frigid tradition—organized by the Chicago Polar Bear Club, not the folks behind the Polar Plunge in March—challenges people to take a dip in Lake Michigan to raise money for local families in need. The 2021 social distancing take on the event calls upon participants to take the plunge remotely, whether in a cold shower, freezing bathtub or otherwise frigid environment, and post the photo to their social media channels with the hashtag #CPBC2021. It's free to sign up, but you'll also set up an online fundraising page to collect donations for local families. Let the plunging commence!

Fun fact: Chicago has one of the largest collections of Tiffany glass—jewel-toned glass and mosaic creations designed by Louis Comfort Tiffany, whose father founded Tiffany & Co.—in the country. You can learn more about some of Chicago's most notable examples during this virtual Chicago Architecture Center lecture, which will examine stunning works like the domes at the Chicago Cultural Center and the Art Institute of Chicago. 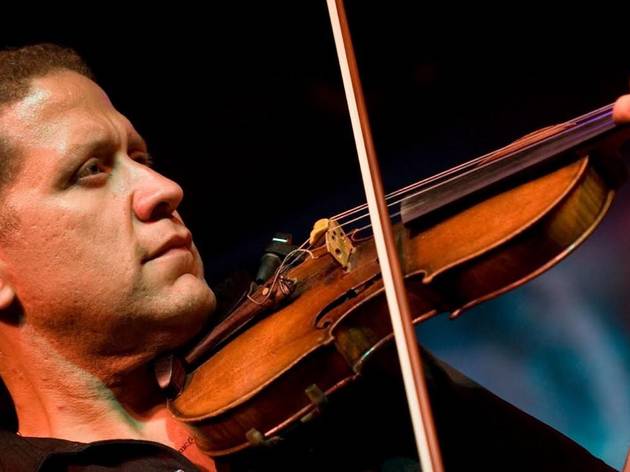 Each streaming performance will be available for 24 hours via the HotHouse website.

The Newberry Library hosts this virtual event about one of the largest migration movements in American history, in which millions of Black Americans moved from their homes in the South to find opportunities in the north, Midwest and West during the 20th century. History professors Matthew Cressler, Courtney Pierre Joseph and and Lionel Kimble will gather to discuss new ideas and perspectives on the movement. 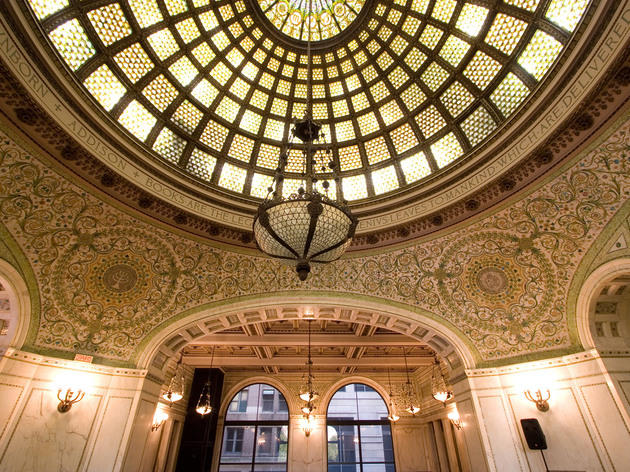 The stunning halls of the Chicago Cultural Center might be closed for now, but you can still explore its expanses via these free, 40-minute virtual tours from the Chicago Department of Cultural Affairs and Special Events. Virtual visitors will receive an overarching view of the building's architecture and history, including views of its famous Tiffany dome. To book a tour, head to DCASE's website to reserve a slot—tours are available on the first and third Wednesday of every month at 11am. 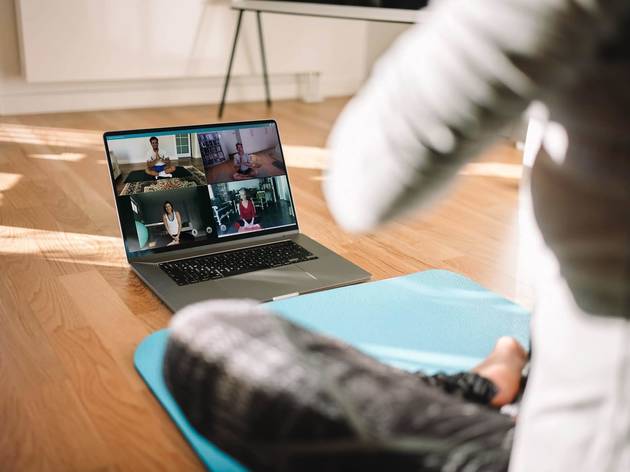 Tune in every Saturday for a free yoga class taught by one of the resident instructors at Garfield Park Conservatory—all are welcome regardless of skill level. Be sure to register ahead of time to get the link to join, and consider throwing in a donation to help support the Conservatory's programming.

Too busy for a hike during the day? Head to the 46-acre expanses of North Park Village Nature Center Park on the last Friday of every month for a self-guided hike during the early evening. The park, which normally closes at 4pm, will remain open until 6:30pm for strolling, stargazing and searching for nocturnal animals. It will be dark, of course, so bring a friend! 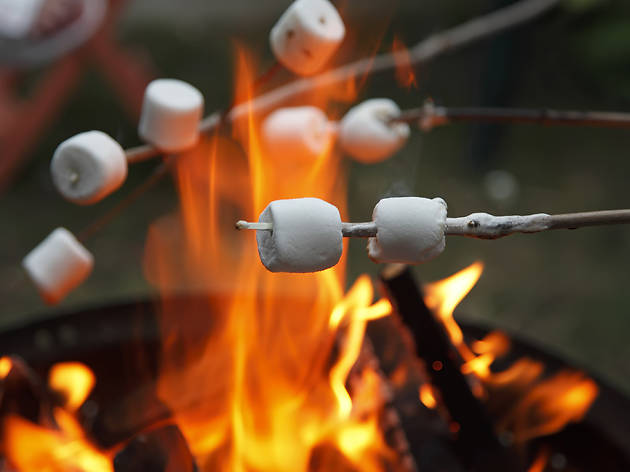 Head to the massive patio at Recess in the West Loop for this wintry pop-up, which features a collection of ice sculptures and tons of chilly photo ops. Once you've finished meandering throughout the sculptures, huddle up by a fire pit table, s'mores and a cocktail, which are all included with your ticket—there's even a paper snowflake-making station for the kiddos, should you choose to bring them along.

If you've got a black thumb, consider decking out your apartment with air plants, the low-maintenance greenery that don't require soil (or much watering) to get by. For an intro-level primer on how to display and give these plants the little TLC they need to thrive, check out this virtual class from the Garfield Park Conservatory, in which greenhouse coordinator Emilia Arellano will teach you how to tend to your new air plant. Optional add-on airplant kits—which come with cork bark and three air plants—are available for an extra $15 and can be picked up ahead of time. 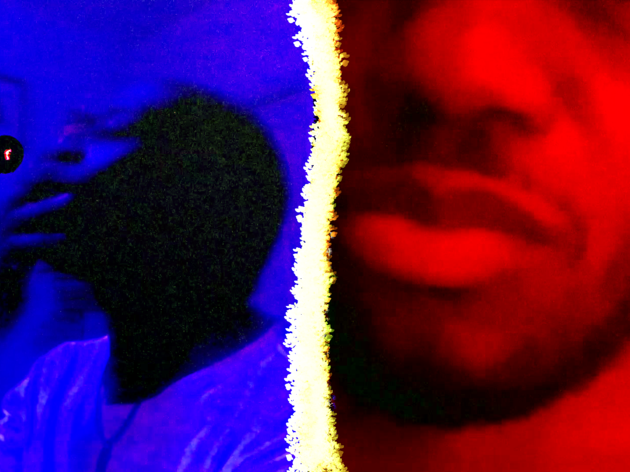 With its stages closed to the public for the time-being, the Steppenwolf NOW programming stream is a way to see groundbreaking new theater without leaving the house. A $75 membership gives you access to six works, which will premiere between November 2020 and June 2021. Playwright James Ijames kicks things off in November with the concise 20-minute play What is Left, Burns, which follows a video call between ex-lovers at very different points in their lives. Other works to look forward to include Isaac Gómez's department store drama Wally World, Carrie Coon in a new short called Red Folder and Sam Shepard's two-hander Ages of the Moon.

Find the complete lineup of Steppenwolf NOW plays and additional details about virtual membership on the theater company's website. 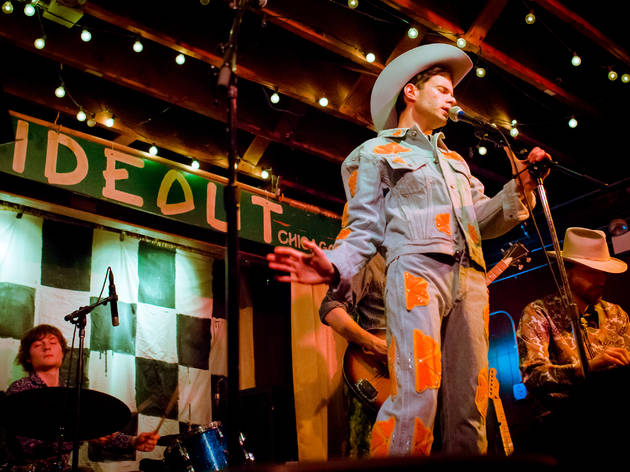 Like most Chicago music venues, the Hideout is closed for the forseeable future, but the beloved local institution is keeping its music, comedy and other eclectic programming alive online. The venue now hosts its streams on NoonChorus, with offering regular show like the songwriter-curated perfromance series To The Front and Live From the Hideout, which finds local bands playing to an empty house. You can snag a ticket to individual events or subscribe to get unlimited access to Hideout streams every month. 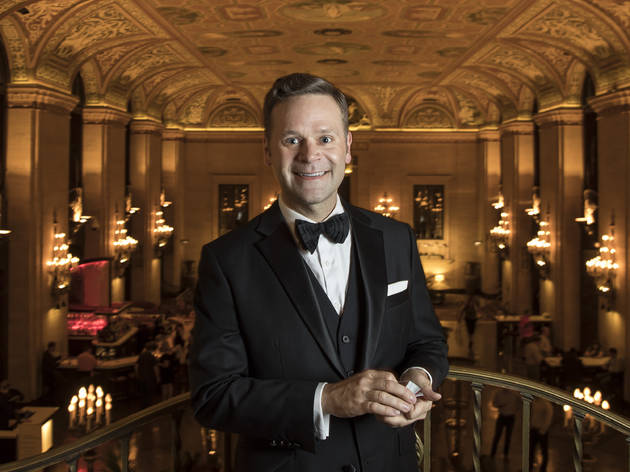 Illusionist and actor Dennis Watkins dips into his ample trunk of wondrous effects, taking his long-running Palmer House magic show into your living room with streaming performances. Up to 10 guests can gather around a computer (cocktail attire is recommended) with a deck of cards and settle in for an evening of interactive magic and mind-reading, delivered via the internet. Only 30 tickets are sold for each performance, so lock down a date and prepare to have your mind blown. 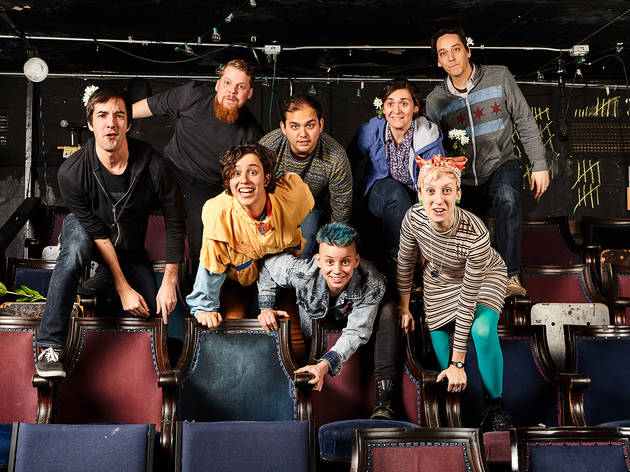 The Neo-Futurists’ flagship show adapts to a world where social gatherings are restricted, launching new works with the funding of subscribers. Pledge a monthly donation to the The Infinite Wrench Goes Viral Patreon campaign and you'll have weekly access to recordings of 30 plays performed in 60 minutes (larger donations give you access to even more content from the Neo-Futurists). It's a creative way of keeping the longrunning show alive—and now you can watch it on demand!