While Chicago will forever be a Cubs and Bears town, it's more enjoyable to consider this a hockey city. After all, the Blackhawks are the good team, the one that wins championships. Weird to think that a decade ago, the NHL squad was not on television and tickets for its games at the United Center cost less than a craft cocktail. Today, the 'Hawks pack the arena on Madison Street, just west of one of the best restaurant hubs in America. It's not even that far from downtown and Grant Park, which makes those victory parades a breeze. No pressure, fellas, but we'd like one of those every year. 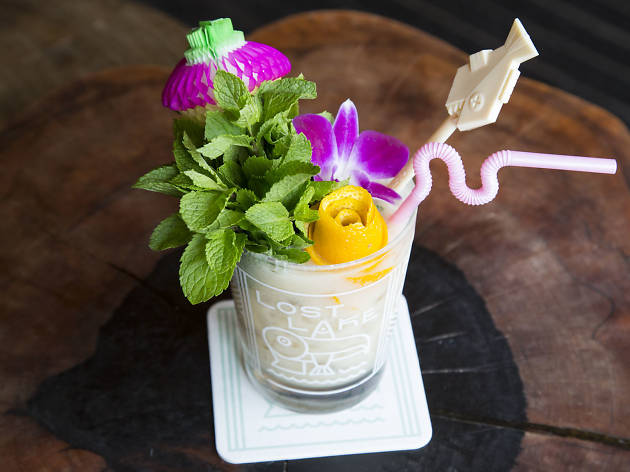 Fancy cocktails are coming to the United Center 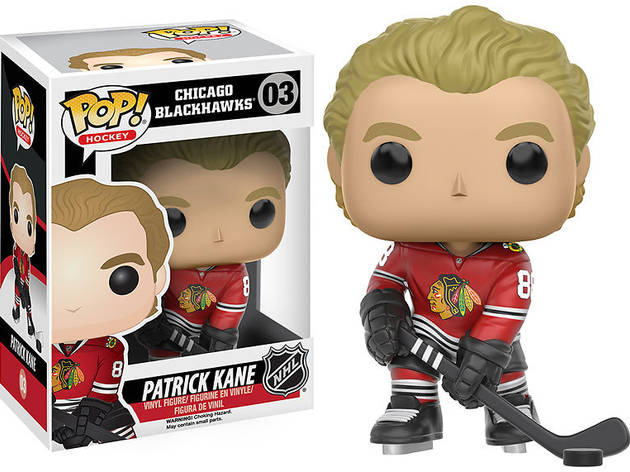 16 pieces of Chicago Blackhawks gear that we need this season 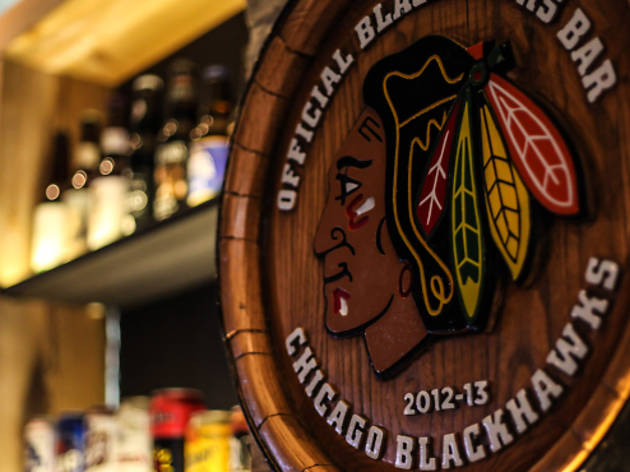 Pull on your jersey, order a beer and cheer on the 'Hawks 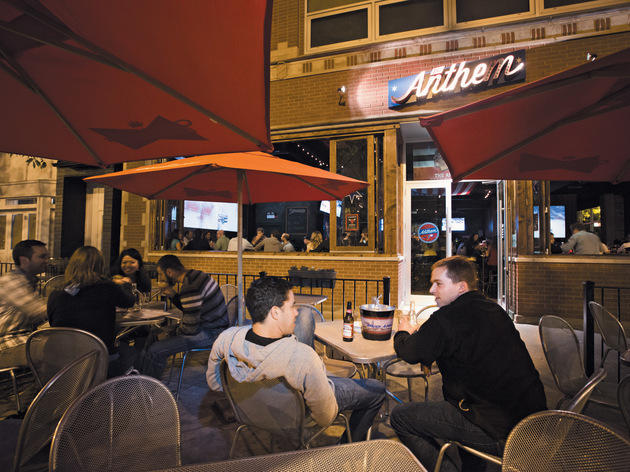 Where to find cheap beer, good food and plenty of TVs 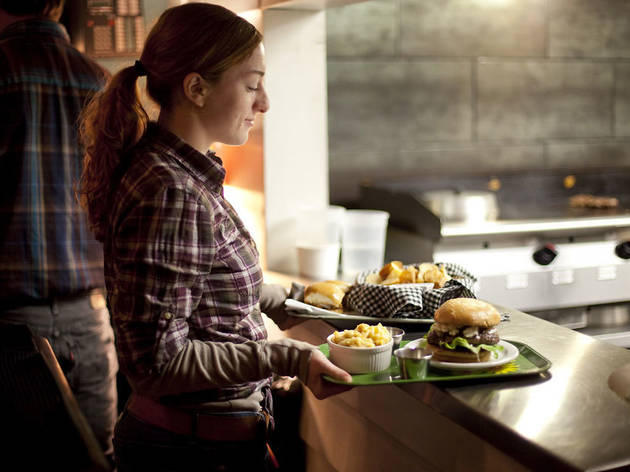 Where to eat before the game 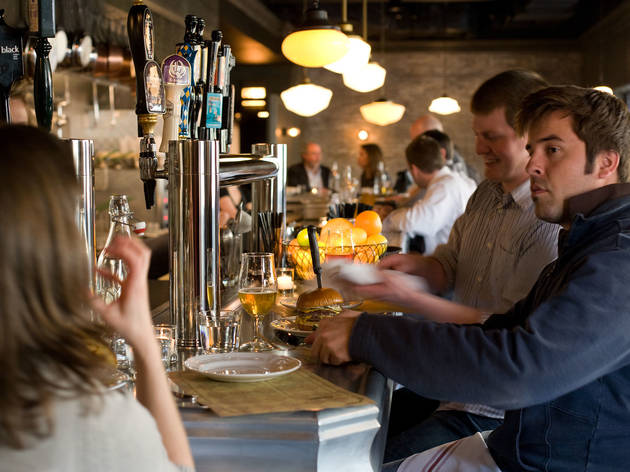 Where to eat after the game

Whether your team won or lost, you need something to eat 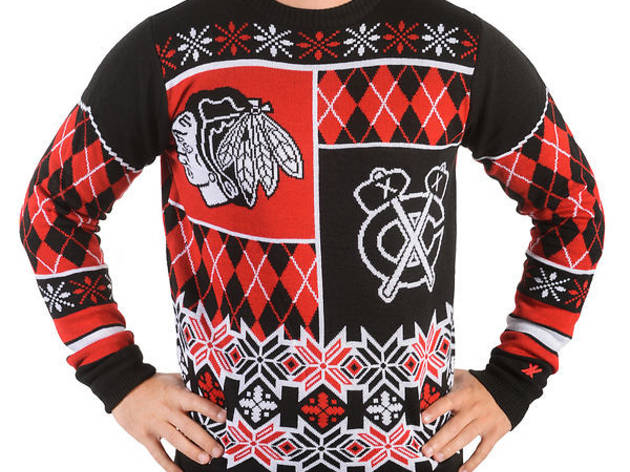 After bringing home the Stanley Cup for the sixth time in team history earlier this year, the Chicago Blackhawks are poised for another successful season in one of the toughest hockey divisions in the NHL. As we pine for another downtown parade and another year of Corey Crawford dropping the F-bomb at the team rally, we can expect to find many a Chicagoan dressed head-to-toe in festive regalia at Blackhawks bars watching the game. This selection of gear will have you a cut above the rest no matter if you're going out or staying home. RECOMMENDED: Fans pour into downtown for the Blackhawks parade 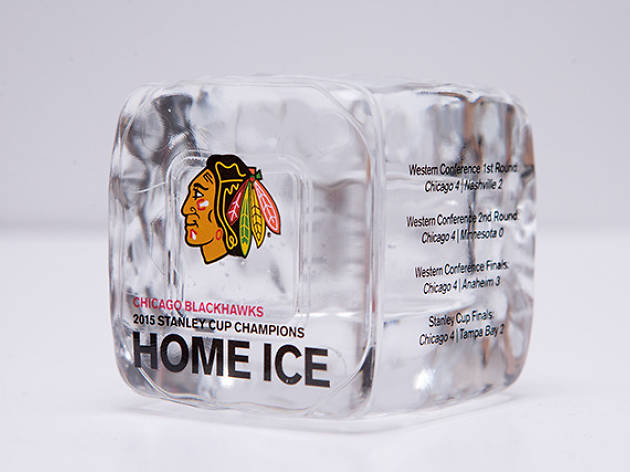 In June, the Blackhawks won their third Stanley Cup championship in six years, and clinched a title on home ice for the first time in 77 years. Just in time for the holiday season, the club is selling off limited-edition pieces of United Center ice from the championship-winning game.   The ice isn't actually ice, though—it's water. According to the team's website, buyers are purchasing "vials and cubes of melted home ice collected by United Center staff." If you were to crack one open you'd be able to drink a few drops of fluid that might contain a bit of Duncan Keith's sweat, which sounds pretty amazing. The memorabilia will be available at the Blackhawks Store locations on Michigan Avenue, Oakbrook Center and Old Orchard Mall on Friday, December 11 for $99 per vial or $49 per cube. They'll also be available for phone orders on Monday, December 14. All of the proceeds from the sales will go to Blackhawks Charities. This might be the only occasion where it's acceptable to give someone a vial of water for Christmas, so you should probably jump on it. No word yet on whether drinking the water will improve the Blackhawks' championship prospects in 2016. 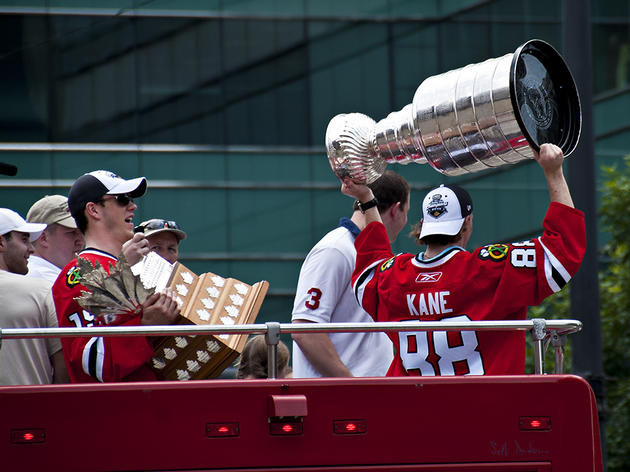 Quiz: How much of a Blackhawks fan are you?

Are you an educated Hawks supporter, or just another fair weather turkey? 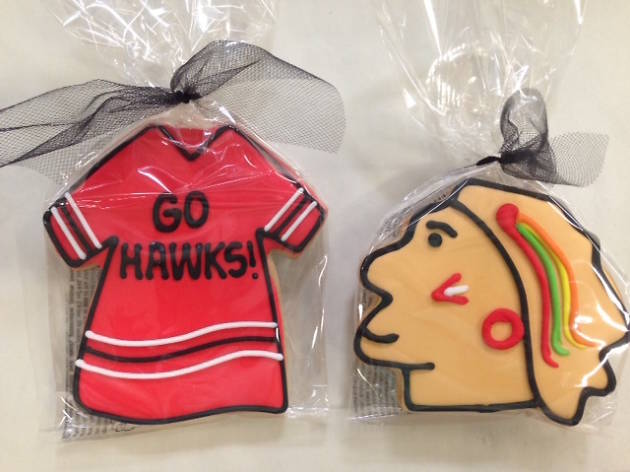 Pick up Blackhawks-themed food for your game-watching party

If you're not catching the Stanley Cup Finals in person, you need to make your hockey-watching party as fun as possible (that means with food). Here's all the special Blackhawks-themed food you can eat during the playoffs. The Goddess and Grocer is selling Blackhawks-themed cookies at all its locations. The hand-decorated butter cookies are available in jersey and logo designs and are $4.95 each. RA Sushi's three locations are serving the Roll to the Cup, which is filled with crunchy shrimp tempura, spicy crab mix and cucumber and topped with red tempura bits and sweet eel sauce. It's $5.26, since the Hawks were founded in May 1926. As always, Glazed & Infused will decorate their jumbo doughnuts with the message of your choice, so you can ask for something Blackhawks-related. Evanston's Bennison's Bakery has Stanley Cup-shaped cakes, which have the Blackhawks logo. Alliance Patisserie has cookies with feathers on them. Punky's Pizza outdid everyone else and made this insane Blackhawks logo pizza. 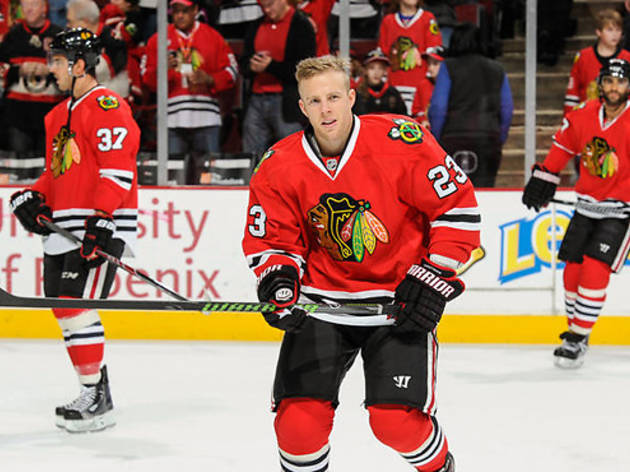 We count down the 'Hawks bad-ass hall of fame 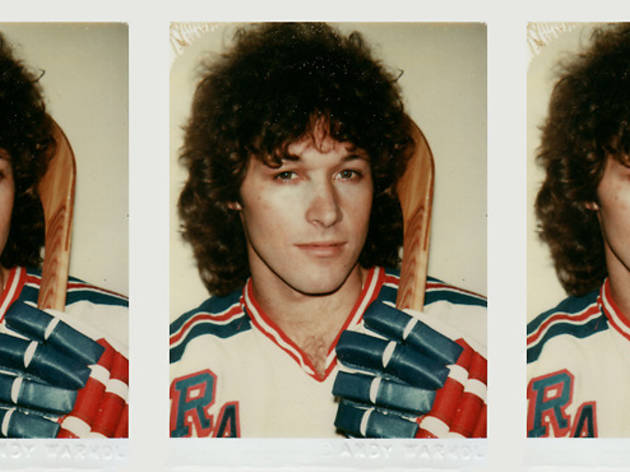 Business in the front, party in the back 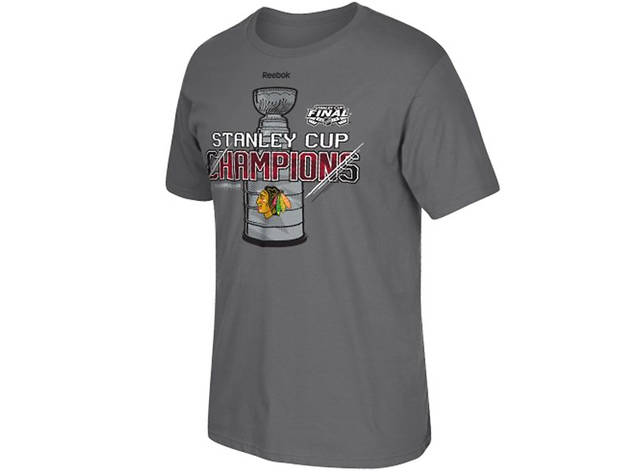 Victory is the Chicago Blackhawks’ once again, and it’s time we all dress like champions. You can find all sorts of Chicago Blackhawks’ merchandise online. Shop for NHL jerseys, T-shirts, hats and more for you, your significant other, the kids, hell, even your dog. You can even customize some selections. So suit up! RECOMMENDED: Our complete guide to Chicago Blackhawks 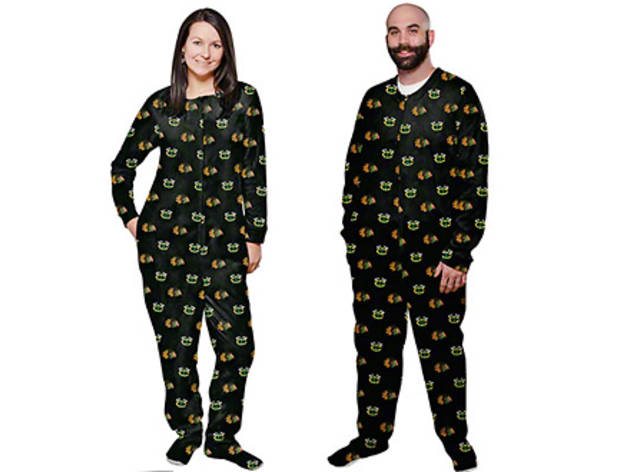 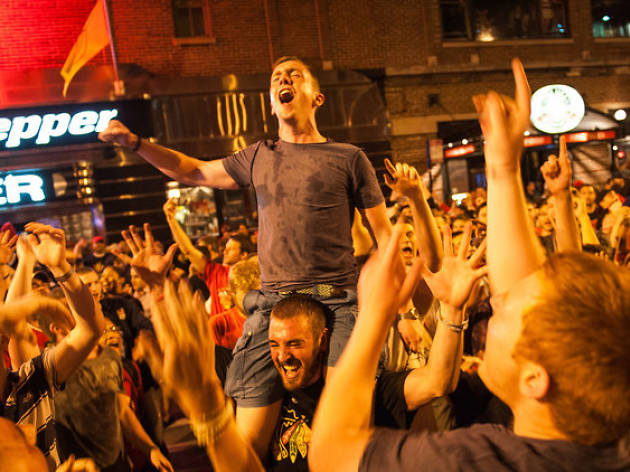 Immediately after the game, the streets were flooded with jerseys and pumping fists 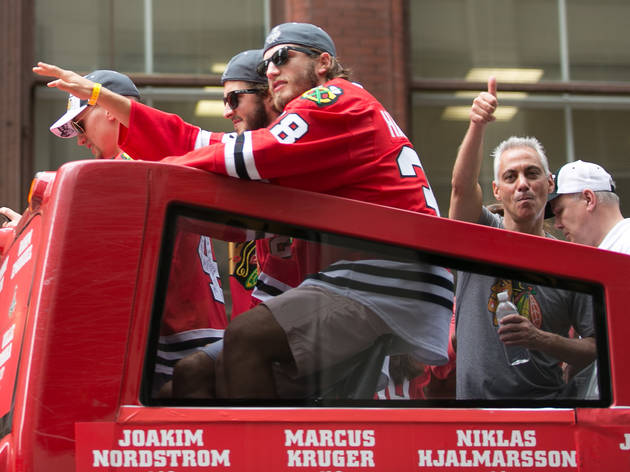 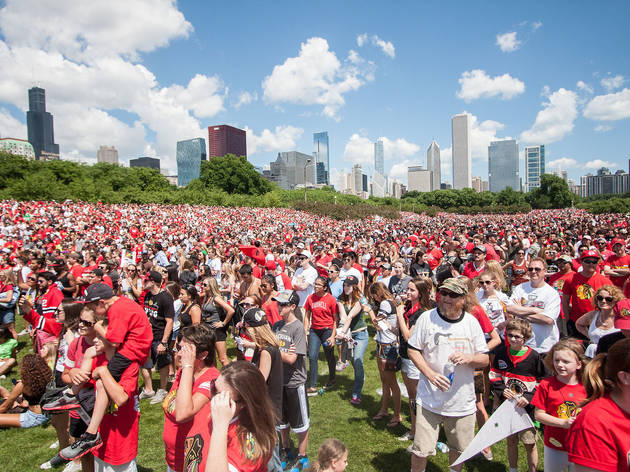 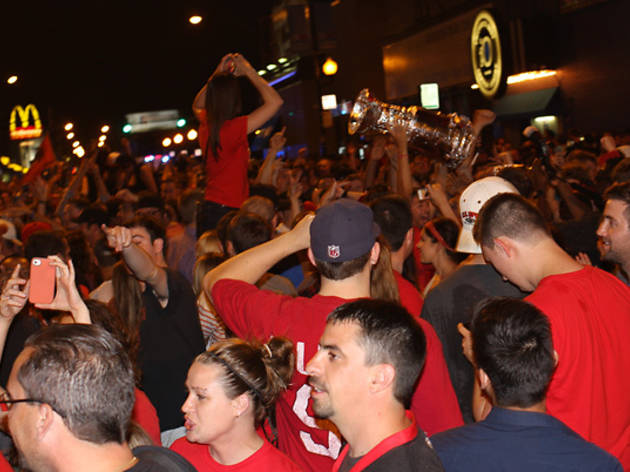 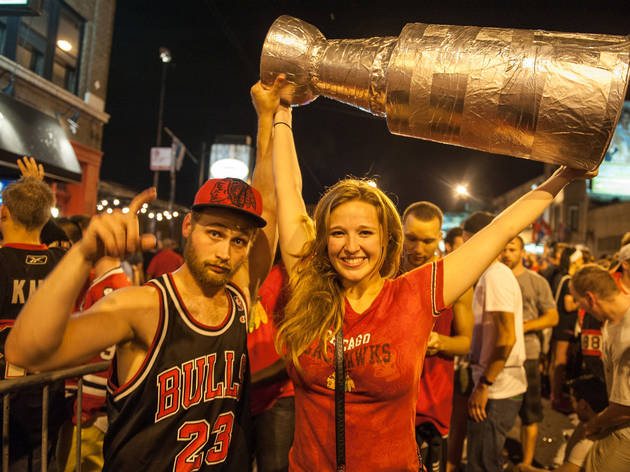 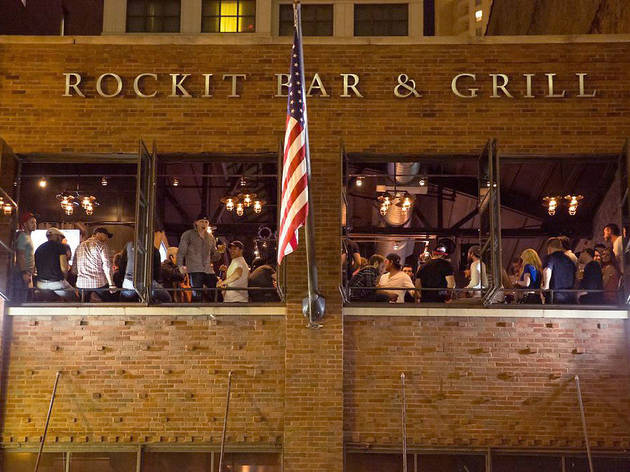 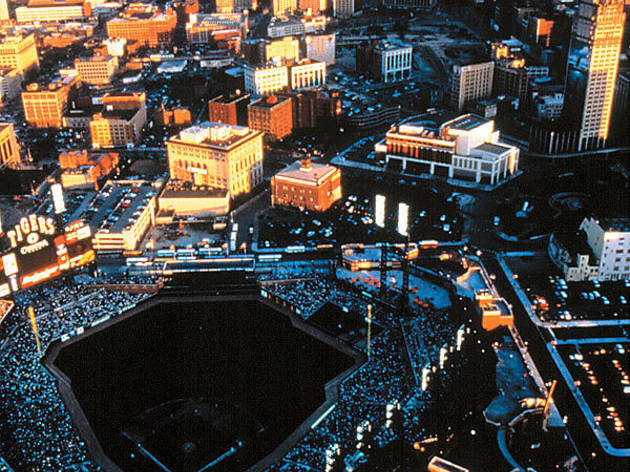 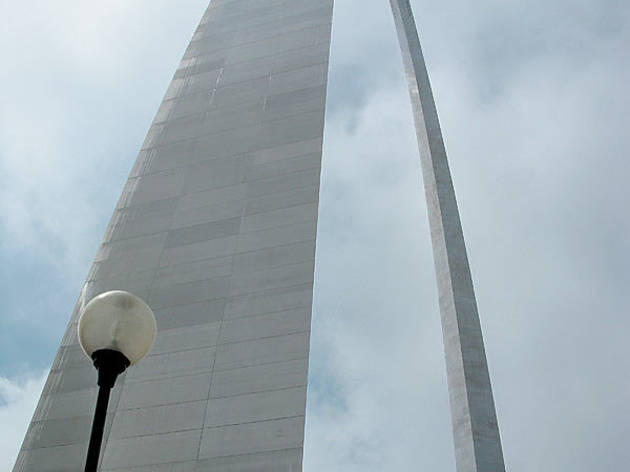 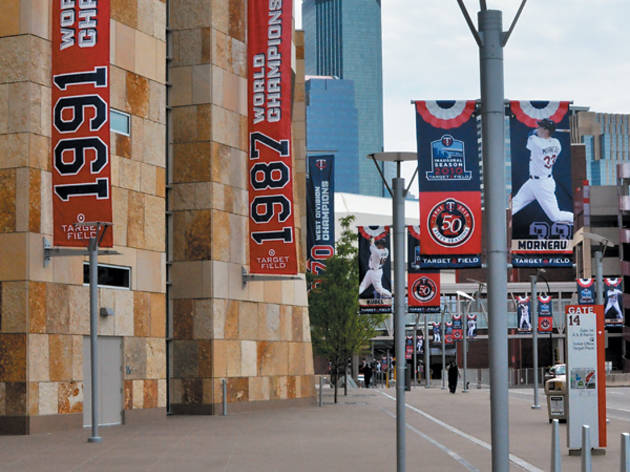 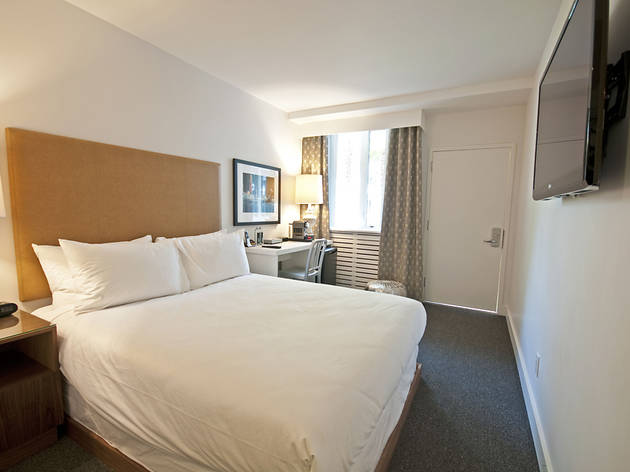 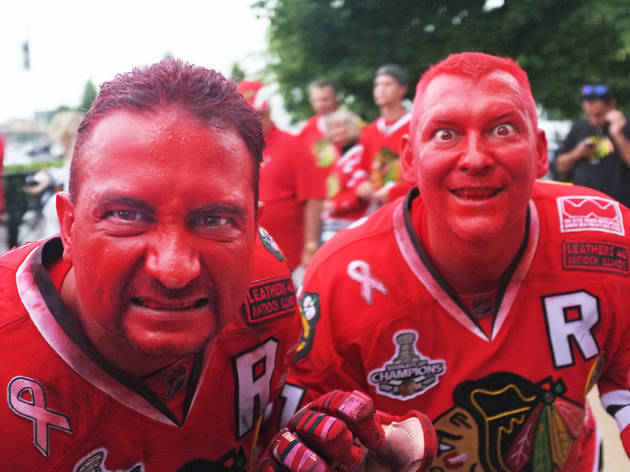 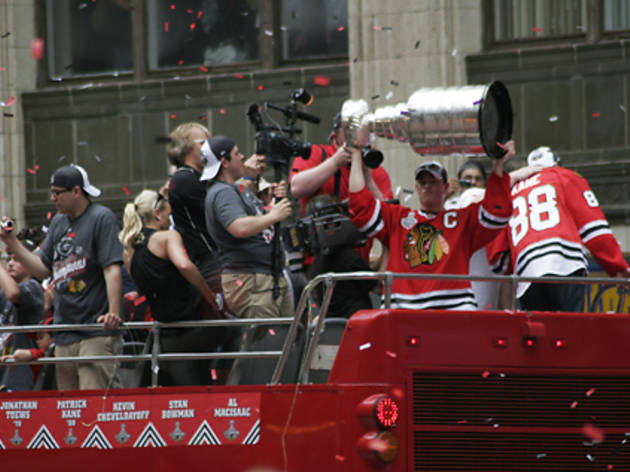 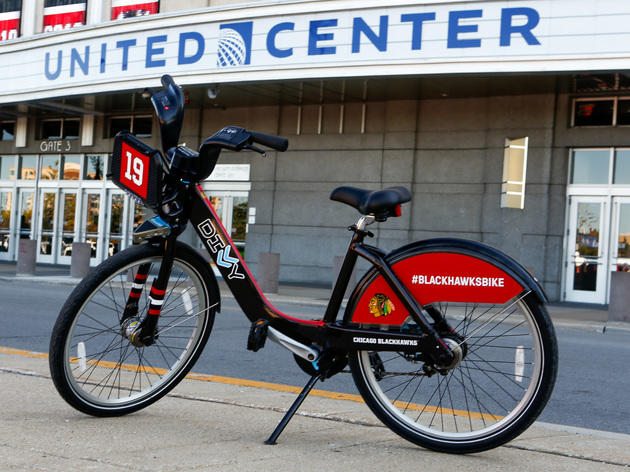 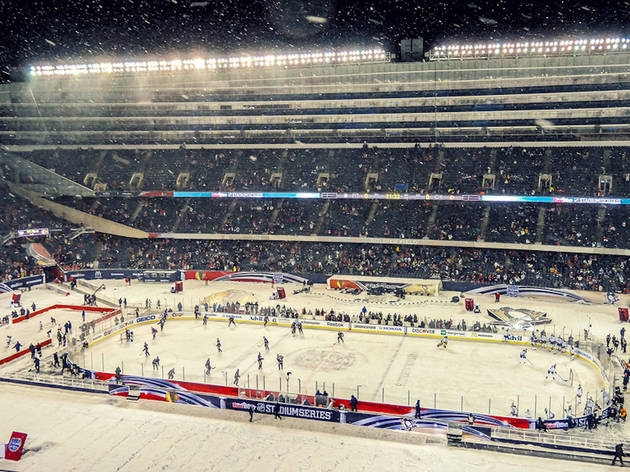