When we told you that 2016 in Chicago would be epic, we meant it. Thankfully, 2017 is shaping up be just as exciting. From a Broadway production of Aladdin to new CTA stations and an NHL Draft hosted by the Blackhawks, you can rest assured that the next 12 months will be a great time to be a Chicagoan. Prepare yourself for the year ahead with our top 10 most anticipated openings and events.

Why 2017 will be an epic year in Chicago 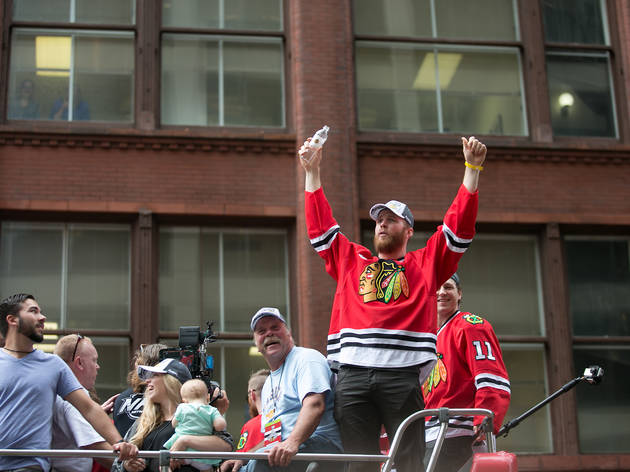 It’s been a decade in the making, but Chicago is officially hockey’s No. 1 town (where you at, Detroit?). If three Stanley Cups and eight-straight (soon to be nine-straight) playoff appearances didn’t convince you, the National Hockey League announced earlier this year that the Hawks will host the 2017 NHL Draft on June 23 and 24 at the the United Center (so long NFL Draft, we won't miss you). The timing of the draft could be an issue, however. The Stanley Cup finals typically conclude in the first or second week of June. With the Hawks currently holding the top spot in the Western Conference, the city could be faced with a logistical nightmare if it has to plan a championship parade and pro draft in the same week.—Jonathan Samples 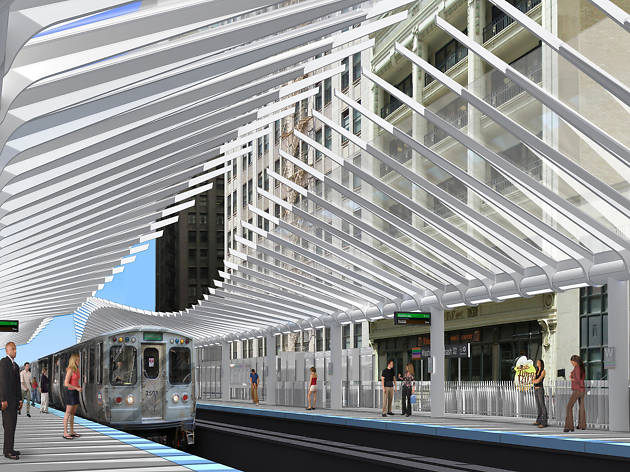 Get ready for some new scenery during your commute. While not technically a reconstruction, a brand new Loop CTA station at Washington and Wabash is scheduled to open in 2017. The new $75 million project included the demolition of the 119-year-old station house at Madison Street and Wabash Avenue and it will replace the previous station at Randolph and Wabash. An even larger station construction project is also set to wrap up in 2017. In fact, the $203 million reconstruction of the Red Line Wilson Station will go down as one of the largest El station projects in CTA’s history. Along with the restoration of the 1923 station house facade and various safety and security improvements, the project will bring the Wilson Station into compliance with the Americans with Disabilities Act.—JS 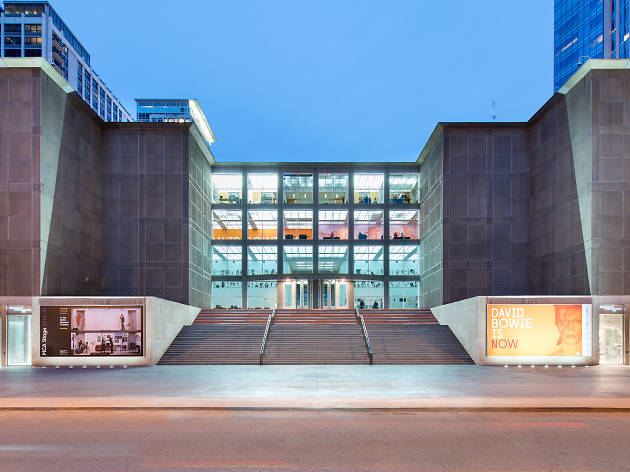 In addition to a robust lineup of exhibitions, the MCA will also be welcoming some exciting “permanent installations” to its Gold Coast facilities in 2017 through a $16 million renovation. The most prominent addition will be a new restaurant on the ground level, headed up by Lula Café owner Jason Hammel—it’s clearly being positioned as a dining destination. Meanwhile, the second floor space that previously housed the museum’s café (RIP Puck’s at the MCA) is being transformed into the Commons, a new community and performance space. It’s all expected to open before the museum’s Takashi Murakami retrospective debuts in June.—Zach Long 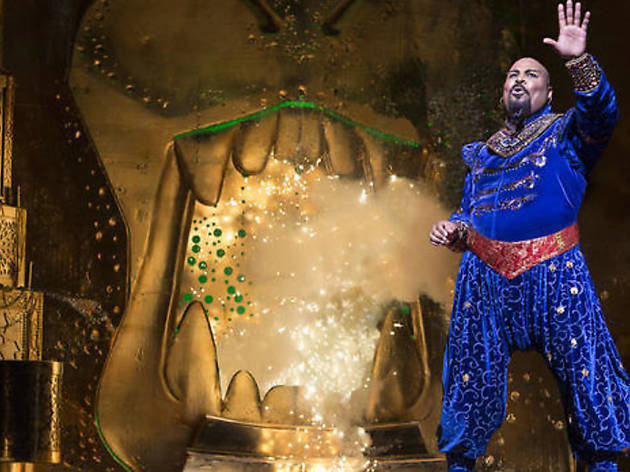 One of Disney’s latest Broadway projects, Aladdin brings the 1992 animated film to a whole new world of live action. Nominated for five 2014 Tony Awards, including Best Musical, the show brings to life Aladdin, Jasmine, Genie and Jafar, pairing “Friend Like Me” and other well-loved tunes from the movie with new numbers written for the stage by Academy Award–winning original composer Alan Menken and adapter Chad Beguelin. Chicago is the launch city for the production’s national tour.—Kris Vire 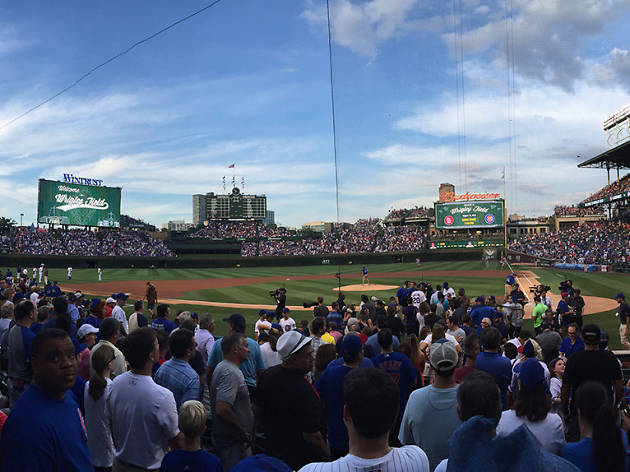 The Cubs aren’t the only exciting thing returning to Wrigley Field this summer—over the past few years, the ballpark has hosted an increasing number of high profile concerts (from Pearl Jam to Phish) when the North Siders are on the road. That trend continues in 2017, with three big acts already confirmed to play within the Friendly Confines, including classic rocker Tom Petty on June 29; John Mayer-fronted jam band Dead & Company on June 30 and July 1; and a co-headlining bill of James Taylor and Bonnie Raitt on July 17. Just like Cubs games, tickets are sure to be in high demand, so start your search now.—ZL

Secret agents will soon have a new speakeasy-style hangout in Chicago, complete with a discreet alleyway entrance and a password requirement for admittance. Milwaukee’s popular spy-themed bar SafeHouse is opening its first franchise location in River North’s AC Hotel Chicago Downtown, outfitting the space with espionage artifacts, including the flight deck of a WWII-era spy plane. The bar is scheduled to open in January, serving cocktails, beer and a menu that includes “Fried C4 Cheese Curds.” And while SafeHouse may be hidden, it’s unlikely to remain a secret for long.—ZL 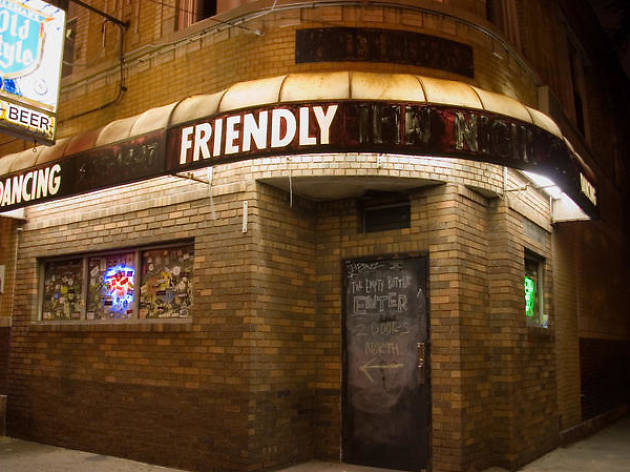 Ukrainian Village rock club the Empty Bottle will mark its 25th year of live music and cheap beer in 2017. To celebrate the occasion the venue is planning—what else?—a special series of concerts, inviting acts that have previously played the Bottle to return to its stage. The series got off to an early start In 2016, with the unexpected reunion of indie-rockers the Ponys and a pair of New Year’s Eve shows from stoner metal legends High on Fire. Expect even more birthday surprises over the next 12 months.—ZL 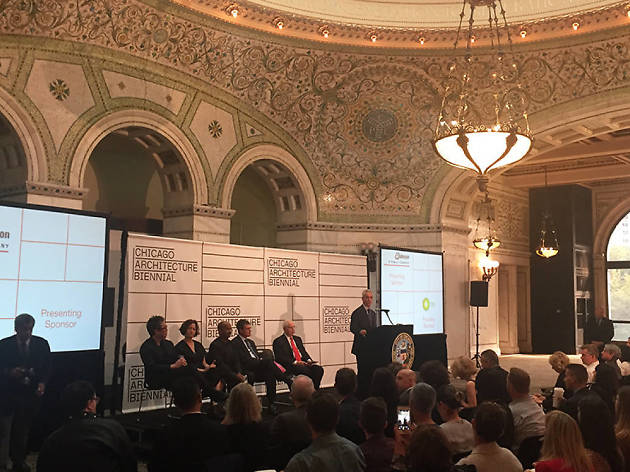 Founded in 2015, this biennial (as its name implies) celebration of architecture and innovation will return to Chicago on September 16 and run through December 31. Sharon Johnston and Mark Lee, founding partners of Los Angeles architecture firm Johnston Marklee, serve as the event’s creative directors, assembling a lineup of installations, exhibitions and public programming that explore the impact of contemporary architecture. We look forward to seeing temporary (and maybe a few permanent) structures designed by internationally renowned individuals popping up all around the city.—ZL 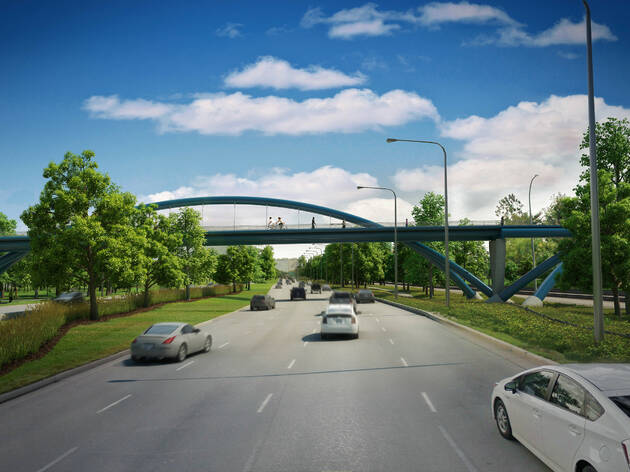 Let’s give credit where credit is due, the city of Chicago has been doing a lot to improve public access to the Chicago River and Lake Michigan. One of the larger projects in this effort is a 1,472-foot pedestrian bridge at 41st Street in Bronzeville, which is scheduled to be completed by the end of 2017. The $24 million structure will cross over Lake Shore Drive and adjacent railroad tracks, giving area residents an ADA compliant route to Lake Michigan. Along with a companion bridge at 43rd Street (set to open in 2018), the pedestrian crossings are apart of a series bridge projects designed to improve access from Bronzeville to the lakefront.—JS 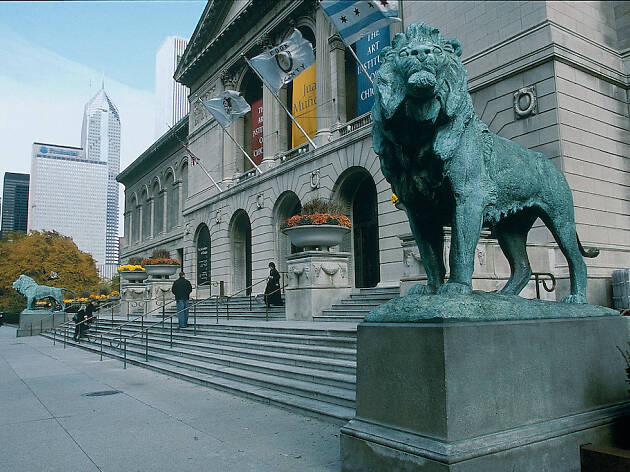 Chicago teenagers will get a healthy dose of culture and a new place to loiter in 2017. Starting on January 2, the Art Institute of Chicago will begin offering 14-to-17-year-old city residents free year-round admission to the downtown museum. The decision, which was prompted by a donation from philanthropists Glenn and Claire Swogger, is meant to grow attendance at the museum and give an entire generation of young people free access to its collection of more than 300,000 artworks and artifacts. Officials at the Art Institute said the donation will cover free teen admission for at least 25 years.—JS