One of Croatia’s first modern-style seaside resorts, Opatija was attracting royalty and the well-to-do more than a century ago. They stayed in grand villas and sought to invigorate their health by strolling the Lungomare, a stunning seaside walkway that offers some of Croatia’s best vistas. The vistas, villas and Lungomare remain, as do the many imposing fin-de-siècle hotels that enhance Opatija’s distinctive Habsburg-era look. This sophisticated destination also boasts a competitive restaurant scene that’s made it an important gastronomic hub in Croatia – and a great place to eat out. Opatija is fancier and pricier than many other Croatian resorts, but if you want a luxurious holiday you can find it here. 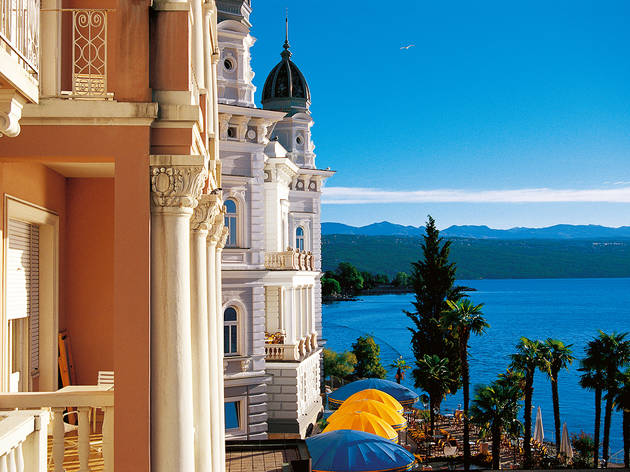 In the late 19th century, when the Austro-Hungarian empire reached its apex, the Habsburgs made this town of dazzling vistas and rocky beaches one of the hottest spots in Europe. Opatija was the place where royalty took their holidays and Isadora Duncan took her lovers. Wealthy socialites built Secessionist and neo-classical mansions on the rocks above the sea, or stayed in hotels of imperial elegance. Unlike most Croatian resorts, where a tourism infrastructure was added on to an existing settlement, Opatija was purpose-built for tourists – rich ones. Before 1844, Opatija was nothing but a fishing village with 35 houses and a church. Higinio von Scarpa then built opulent Villa Angolina, named after his wife, and surrounded it with a menagerie, an exotic garden and influential guests. The villa, with its neo-classical interior featuring trompe l’oeil frescoes, now hosts jazz and classical concerts, as well as exhibitions. The property was bought in the 1880s by the chief of the regional railway board. Soon Opatija was being successfully promoted as an overland getaway destination for a certain class of European, catered for by opulent hotels being built at the same time. An accent on health tourism – spa baths and seaside vigorous walks – kept this clement resort busy year-round. Mahler, Puccini and Chekhov were among the visitors. This legacy lingers in the stunning architecture, Viennese-style coffeehouses and Central European atmosphere, kept alive by the large number 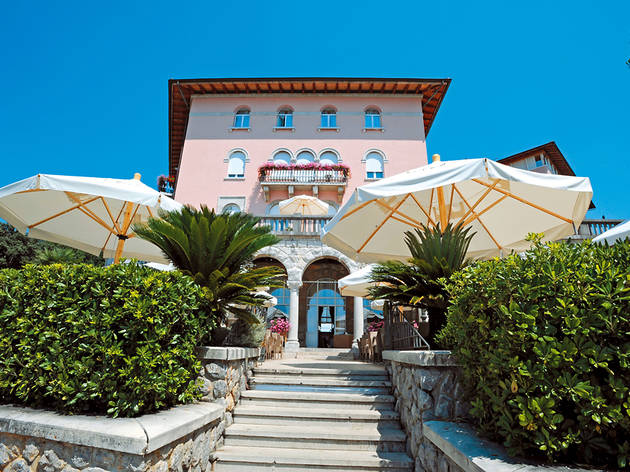 Opatija’s long history as a resort town means it’s full of elegant hotels, built at the turn of the last century. Many of these old gems have been renovated to various states of luxury. The Milenij Hotel group runs several top-drawer hotels, including the five-star Milenij, four-star Agava and Grand Hotel 4 Opatijska cvijeta

Restaurants and bars in Opatija... 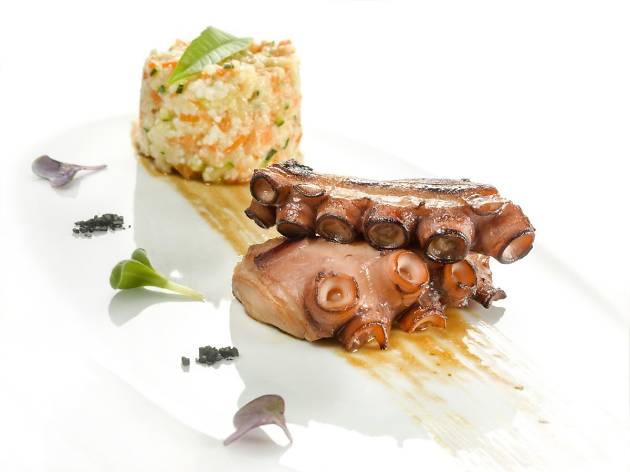 Opatija, and specifically its satellite of Volosko, is a gastronomic destination boasting some of the best restaurants in Croatia. If you only have one night here, enjoy it at Le Mandrać – surrounded by other options in Volosko, a 15-minute stroll along the promenade from downtown Opatija. In such a competitive environment, even the ordinary places have to be top-notch. Superb dining can also be found at most of Opatija’s high-end hotels and even the busy Hemingway bar now has a restaurant, open until 2am, with decent seafood, steaks and fancy pastas. 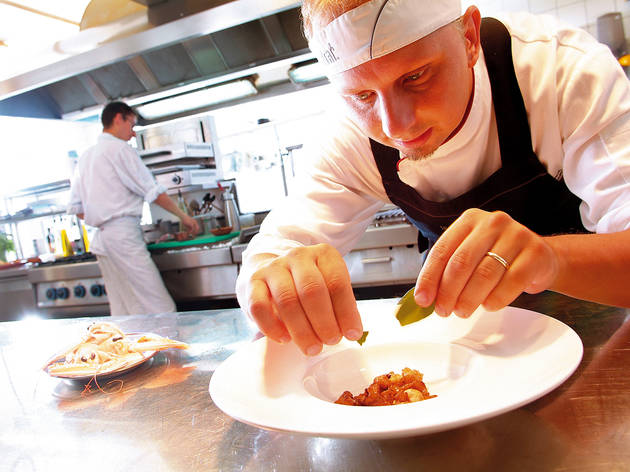 This classy and inventive spot in the Volosko gastro enclave employs local ingredients to create nouvelle-style cuisine and fusion recipes. Croatian star chef Deniz Zembo is in charge and his wife Alma is maître d’. The freshest ingredients combine creatively in a modern, tasteful glassed-in terrace. Zembo turns the treasures of the Adriatic into delightful, Med-based dishes without straying from their Croatian roots. Set three-course lunches are a steal at 150kn. The tasting menu (490kn) changes daily, according to what’s fresh, and consists of 15 small courses, designed to be consumed over several leisurely hours. One of Croatia's best restaurants. 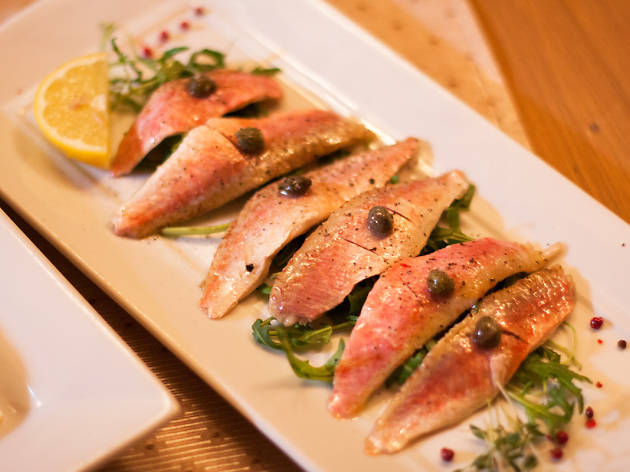 Just up the steps from Volosko’s two great harbour-side restaurants, Plavi Podrum and Le Mandrać, this rustic cellar space, with exposed stone and wood beams, a huge tortoise shell and a pretty fireplace, has less panoramic seating but puts a lot of effort into creating equally pleasing seafood meals. You can read the short, seasonal menu, but it may be more rewarding to let the friendly waiter tell you what’s fresh for the day. Watch for fancy salads like octopus in a brown beer and soy sauce. The fresh fish is superb, as it should be, but nice touches like homemade bread are reminders that the kitchen doesn’t just use good materials, they also cook well. 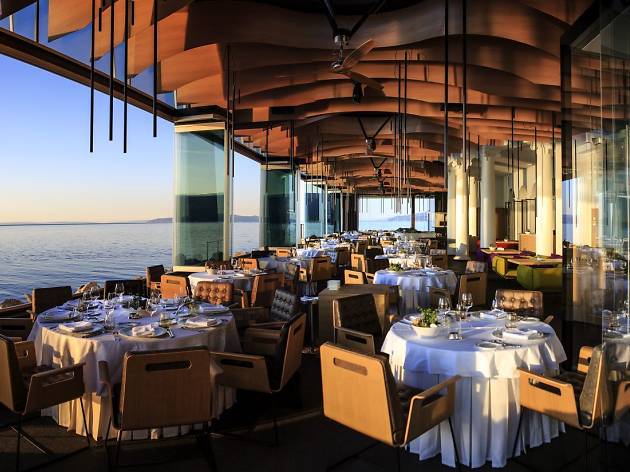 Bevanda has undergone an extensive and highly impressive recent renovation to add a 10-room hotel and bar to it's previous life as a renowned restaurant. The recent appointment of Andrej Barbieri as chef, previously of Time Out favourite Konoba Tramerka a few miles down the coast in Volosko, was a good move. Given its proximity to the sea, it's no surprise that Bevanda offers a wide selection of fresh seafood; from scampi soup to lobster and cuttlefish risotto, the menu is innovative and features dishes like sashimi and tartare as well as traditional salads and steaks. Highly recommended; book early to guarantee a table. 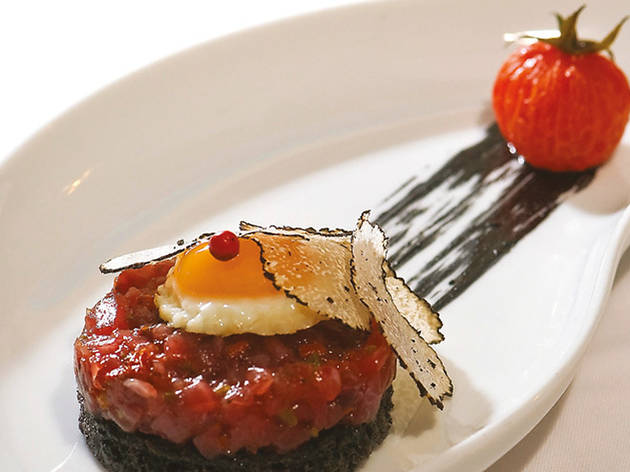 A Volosko destination par excellence. This is the oldest restaurant on the Opatija Riviera, today run by Daniela Kramarić, an award-winning sommelier, backed up by a cellar holding 300 varieties of wine, 60% of which are Croatian. The wine also gets used in the food, which centres around fillets of finest fresh fish served in a much more imaginative range of sauces that you find in the more traditional Adriatic restaurants. You'll get a full introduction to the Plavi Podrum style by opting for one of the four- or five-course tasting menus (400kn-440kn). Meals come with a flavourful black bread, made with cuttlefish ink. 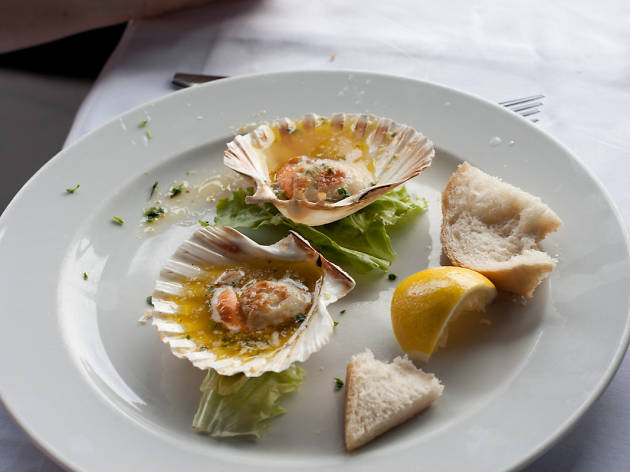 Non-sailors can be pampered at this superb seafood restaurant on the water at Opatija’s marina. The kitchen handles all the basics expertly, while throwing in a superb bakalar in bianco (a kind of cod pâté that you spread on a hearty light-brown toast); all manner of scampi and shells; and fine white fish either grilled, baked, or cooked in wine. The smart interior, done in cheerful light blue, and the relaxed but deferential waiters, make you feel like you have a 60-footer floating somewhere nearby. Recommended.

Where to stay in Opatija...

Opatija’s long history as a resort town means it’s full of elegant hotels, built at the turn of the last century. Many of these old gems have been renovated to various states of luxury. The Milenij Hotel group runs several top-drawer hotels, including the five-star Milenij, four-star Agava and Grand Hotel 4 Opatijska cvijeta 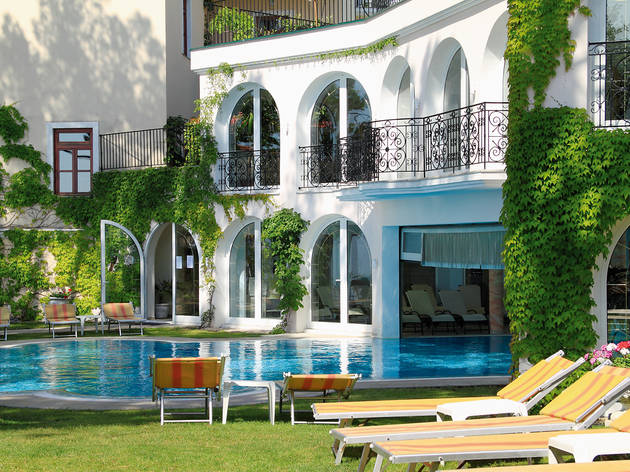 The 1876 Villa Neptune was superbly renovated and expanded to include three guest villas, creating a full-service resort hotel with its own rocky beach. Stylish, comfortable and air-conditioned rooms have their own balcony or terrace. There’s a spa with a heated pool, whirlpool, saunas, steam room and beauty treatments. Cross the footbridge from the Lungomare for the private fenced-in beach. 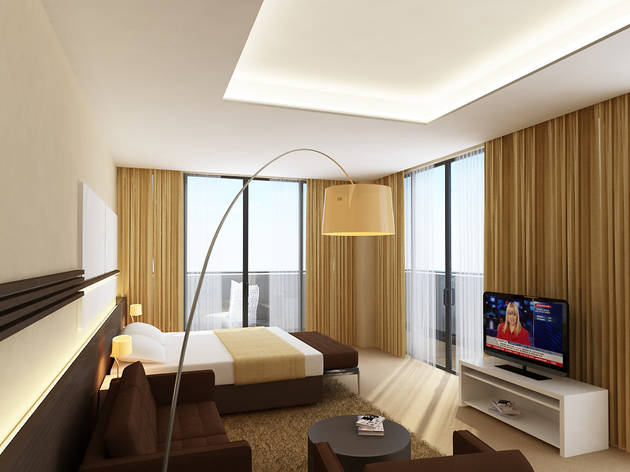 A masterpiece of 1960s architecture that has been fully renovated, the Ambasador is an impressive, five-star spa hotel of ten floors, 180 rooms, a private beach and best of all, the Five Elements Wellness Centre. Over two floors, this involves saunas, an indoor heated seawater pool, an eight-person whirlpool, a children’s pool, massage showers and treatments based on the Five Elements principle. Throw in the Hortenzia summer garden restaurant, the Palma bar and Manhattan cocktail bar, and you have a very tidy year-round operation indeed. 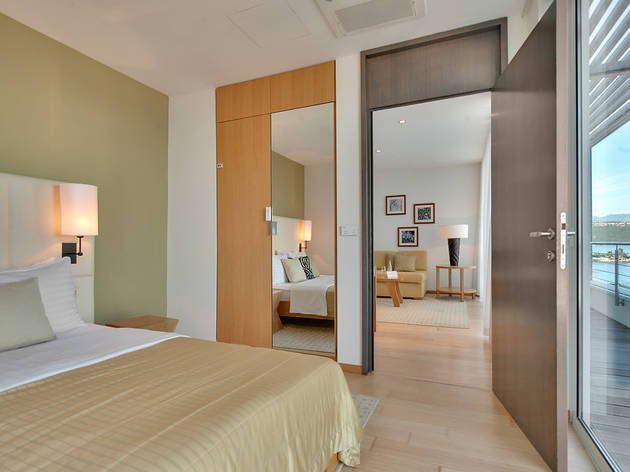 This hotel, originally constructed in 1904, was stylishly renovated in 2006, a slick, modern interior in a classic old building creating a splash on Opatija’s seaside. The lounge bar is a destination in its own right. This four-star venue’s 50 rooms, done up in natural tones and striking furnishings, all come equipped with flat-screen satellite televisions, air-conditioning and high-speed internet. Room service is another attraction here.