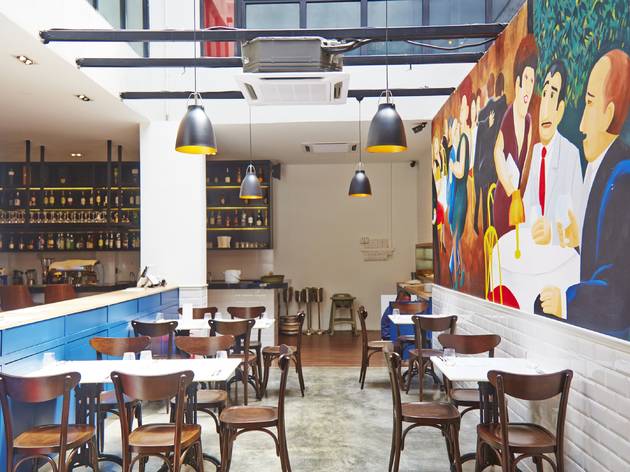 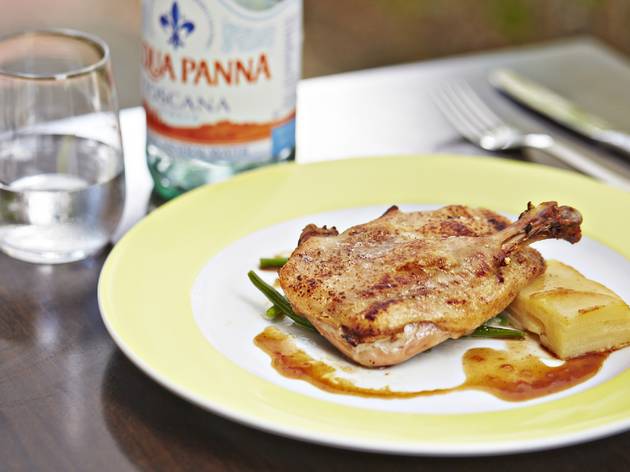 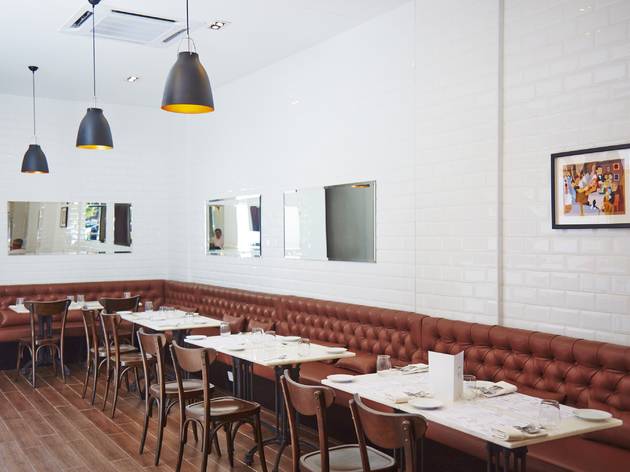 The Row on Jalan Doraisamy is Singapore-like in its manufactured prettiness, a concept more attractive in theory than in practice. A cute photo The Row might make, but aside from Limapulo, it doesn’t lure the Saturday night owls as say, Jalan Batai does. So, it comes as a surprise then that 2OX – run by the team behind Maison Française – is any good at all.

The best thing about the restaurant is the set menus – you have the choice of a three-course menu for RM88, or a slightly more premium menu of the same at RM120. With only one single main course below RM65, the sets seem a rationale choice for those who don’t want to pay RM98 for a leg of duck, which comprises most of us, surely.

I start with the Provence-style vegetable terrine – fridge cold and loosely packed. There’s eggplant, yellow zucchini and red peppers; they’re fine on their own but much better with a smear of basil cream cheese. Like a ratatouille, but… cold. The niçoise salad, meanwhile, is let down by a tumbling in of a limp supermarket salad pack. While the niçoise could easily be one of the best salads ever invented, it isn’t treated as one at 2OX.

It picks up when the deep-fried oxtail meatballs arrive – each ball is filled with pulled meat filling and plenty of seasoning, while the side mash is lifted by loads of herbs. I particularly enjoy the red wine jus that floods the plate, the stuff of simple luxury you come to expect at a French restaurant. It’s a deliciously unfashionable main course, and what I came for in the first place.

The main of duck too is lush and hearty. It’s a cross between duck confit and duck l’orange, a pairing I very much appreciate. The skin is crisp, the meat salty and gamey, and the sauce zesty and syrupy. As much as I think the combination of cream, garlic and potato is one that should win all the ‘break-up food’ prizes, 2OX’s version of dauphinoise potatoes lacks a surface crispness, and each layer holds excess cream, a sign that it needed a few more minutes in the oven.

If the French excel at dessert, 2OX doesn’t quite. My chocolate lava cake is stock standard, and lacks the deep, dark mystery of a good chocolate pud, while the accompanying raspberry sherbet is a tad too sweet. But more offensive is the caramel pear crumble – it looks like a cobbler, and the biscuit topping is poorly integrated with the butter. While I certainly won’t be coming back for the sweets, I may just when the hankering for a thick leg of duck hits.