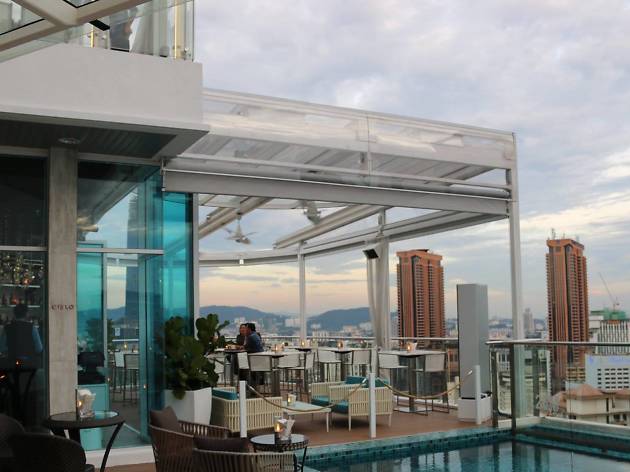 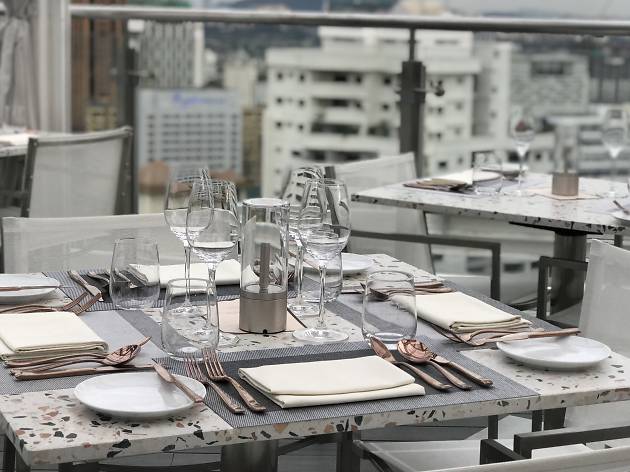 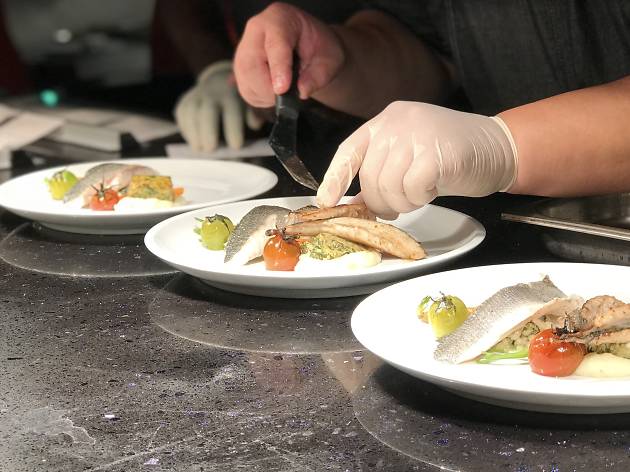 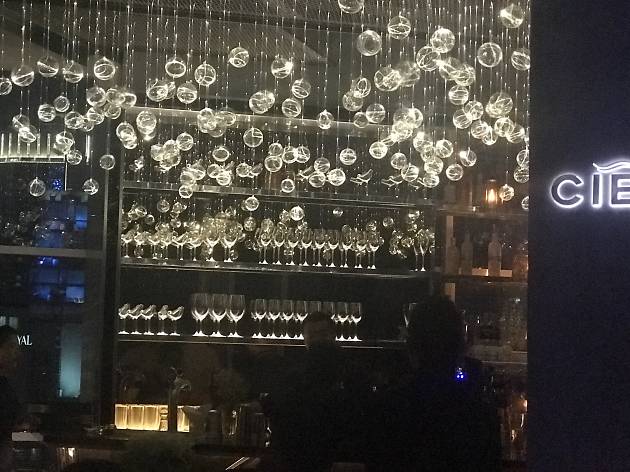 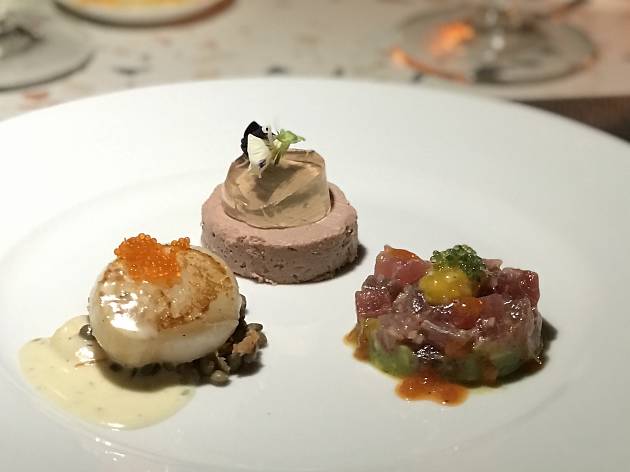 With its multitude of mamaks alongside bars and clubs that blare out Top 40 hits, Changkat Bukit Bintang isn’t where you’d normally go for a quiet romantic night out – which is why Cielo KL is such a welcome addition to the chaotic nightlife hotspot. Taking over what used to be the gym and rooftop pool of Vida in Bukit Ceylon, Cielo KL is owned and operated by Werner’s Group, which also owns other Changkat mainstays The Whisky Bar, The Rum Bar KL, El Cerdo, Opium and Dining in the Dark.

True to form, Werner’s never repeats the same trick twice whenever it tries its hand at a new venture. At Cielo, the group has placed its focus on providing a refined dining experience by using imported seafood ingredients, and creating an ambience that makes you want to linger on long into the night. No expense is spared in creating a romantic mood, from the retractable roof that opens up to reveal the night sky to the immaculately set tables and Bluetooth-controlled table lighting that changes as the evening wears on.

A glance through the menu reflects the restaurant’s ambition of providing a classic seafood meal that gets the basics right first, and then some. Starters include pan-seared scallops with creamy celeriac mousse, tomato confit and green lentils (RM52); grilled octopus with red capsicum purée (RM78); and akami tuna tartare with mango salsa and wasabi tobiko (RM68). The combinations and flavours are nothing new, but there’s plenty to admire about the technique and quality of ingredients used in making them.

For mains, you can choose to have your fish or crustacean steamed and served with bario barley risotto, or charcoal grilled and served with mousseline potatoes, pecorino basil pesto and a choice of sauce that includes lobster cream, tarragon lemon butter and morel mushroom. The selection isn’t shy about their provenance, or their prices: among them include sea bream caught off the Azahar Coast in Spain (RM115), sea bass from the Bay of Biscay (RM110), turbot from the French island of Noirmoutier (RM130), lobsters from the Atlantic Coast (RM215), and prawns from Pantai Remis, Perak (RM95). As you’d expect, the fish here is cooked well, with a flaky texture that pairs well with lighter sauces like lemon butter. If that’s not enough – or if your wallet can withstand it – there’s also a selection of live oysters from France and Ireland (from RM85 for a half dozen), as well as caviar served with champagne or vodka (from RM350 for a 30g serving).

There are only four dessert options available, but that’s not to say that they’re an afterthought. On the contrary, their Chocolate Lava Cake (RM38) and Vietnamese Coffee Crème Caramel (RM38) are spot on in providing a bittersweet finish to a fine meal. When you’re done with dinner, head downstairs to grab a seat with a view, and have their signature drink: The Birdie, a cocktail that includes a blend of cardamom and blackberry-infused gin, sweet basil and cava that would appeal to sweet tooths. But there’s no harm in going for the classics like the Negroni, Old-Fashioned and Martini – if anything else, this is the right place to fully appreciate the adage of not fixing what ain’t broke.