The best colouring books for adults

Colouring is therapeutic, most working adults need to relax – enter the adult colouring book. We raided local stores and picked out some of the best titles for you to engage in some mindful colouring (and doodling). 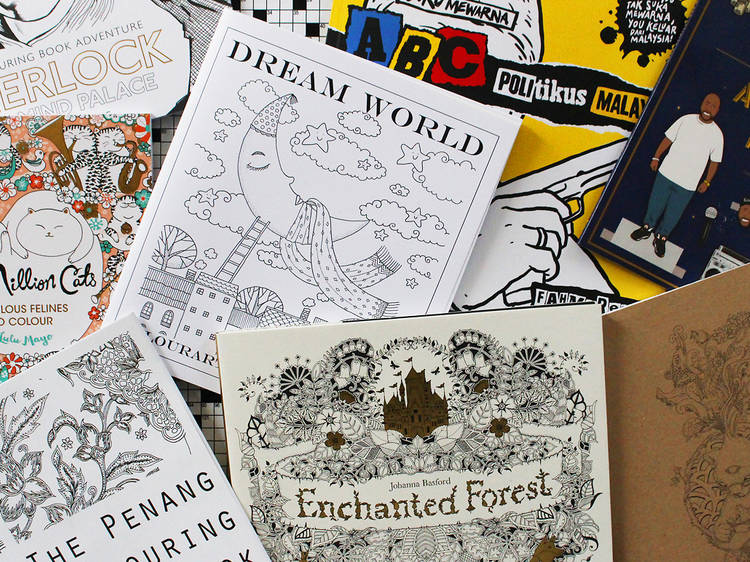 It’s safe to say that colouring books have brought a new lease of life to the publishing industry; publishing houses are chasing the colouring books trend, printing colouring books almost as fast as they fly off the shelves. There are colouring books of the animal kingdom, there’s one for fans of ‘Game of Thrones’, another with hip hop artists, plenty of options for the modern art snob (‘The Modern Art Doodle Book’ for example, imitates the styles of famous artists), and pages after pages of sophisticated, swirly patterns.

It’s been said that colouring books for adults is a cultural shift, and one that’s not necessarily all good – critics claim it’s escapist infantilisation, functioning as a form of regression for adults not adult enough to confront their adult problems.

Clearly, colouring books for adults are a thing. Clearly, it’s supposed to be therapeutic – psychological research backs it up, citing mindfulness, organised thoughts and stress relief through the satisfying act of colouring and seeing the colours spread through the page. Clearly, there’s a difference between colouring books for adults and those for children – those filled with laughable kiddish bunnies with bow ties, or something – even though a part of the appeal of the former is that it takes one back to one’s childhood.

It’s not all black and white. You’re never too old to colour inside – and outside, if you so wish – the lines. 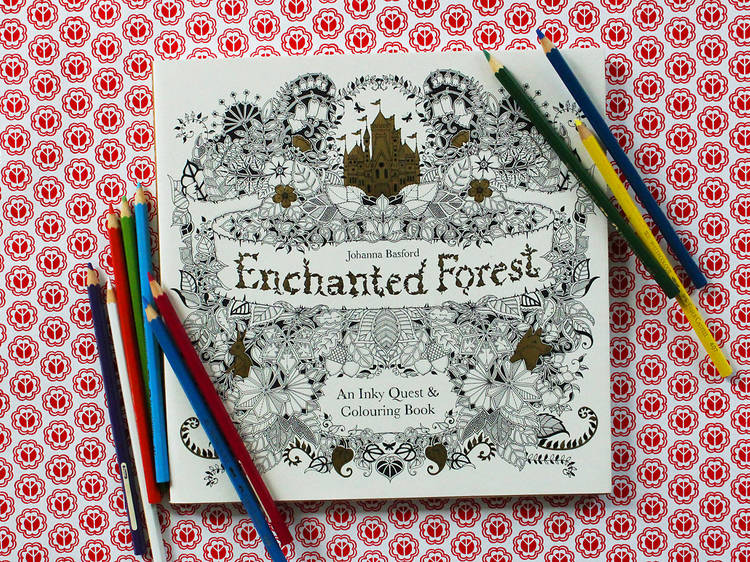 Johanna Basford, the one who started it all. ‘Enchanted Forest’ takes colourphiles on ‘an inky quest’ through a magical map filled with intricate leafy drawings of flora and fauna, leading to a castle at the end of the book. Hidden throughout the book are symbols, which you must find to unlock the doors of the castle. Ng Su Ann Available at Books Kinokuniya, MPH Bookstores and other major bookstores. 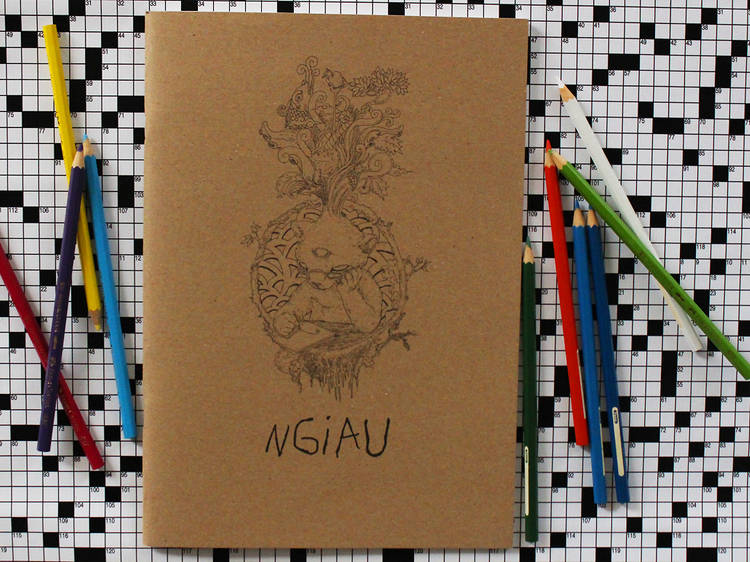 A cat-themed colouring book brought to you by Fearless Ideas & Design, the design consultancy affiliated with Kakiseni. It’s not just any old cat, though. This one has three eyes. Ng Su Ann 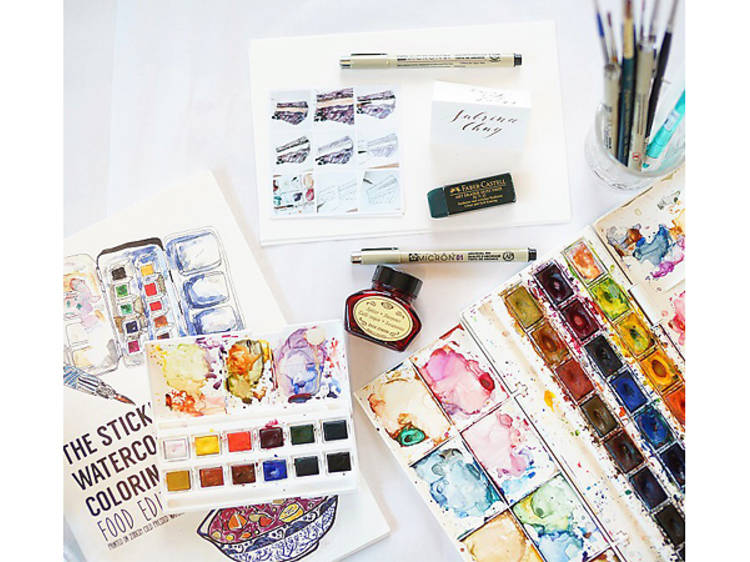 It’s only fitting for a Malaysian-made colouring book to feature something so close to our hearts – food (think chicken rice balls, bubur cha cha and Malay kuih). Szetoo, co-founder of arts and crafts store Stickerrific, found that most colouring books had too-fine lines that made them unsuitable for filling in with watercolour. Hence, Stickerrific’s own colouring book features large drawings printed on 200gsm watercolour paper, while the blank spaces on each page encourage you to add some personal touches. If you need some painting tips, drop by the Jaya One store or sign up for the watercolour workshops. Syarifah Syazana 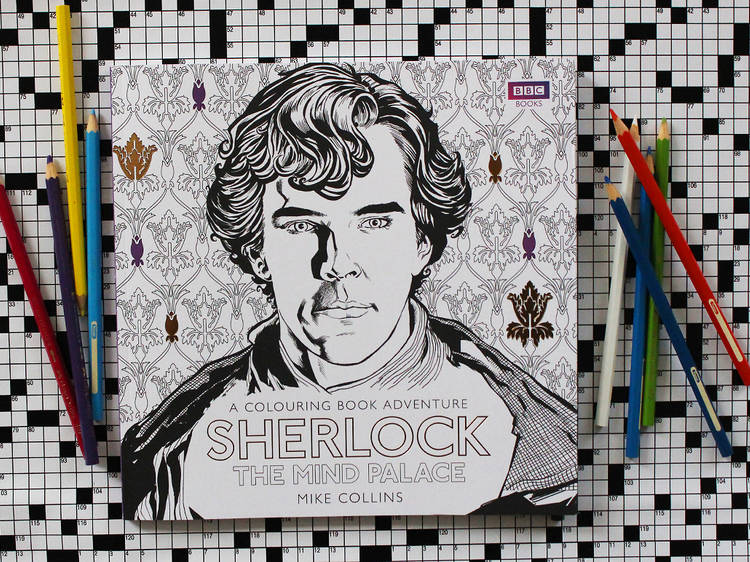 If it’s been a while since you watched BBC’s ‘Sherlock’, this colouring book should refresh your memory in no time with its spoiler-filled black-and-white illustrations. No ordinary colouring book where you merely colour in the consulting detective’s piercing gaze, a vital clue from each episode is hidden within the art and you’ll find them only after completing each scene. Plus points: close-ups of Sherlock’s/Benedict Cumberbatch’s face, Moriarty on his much-deserved throne, and a particularly spoiler-heavy scene from ‘The Reichenbach Fall’ episode. We’re a little sad the scene of Sherlock declaring ‘I don’t have friends’ in ‘The Hounds of Baskerville’ episode didn’t make the cut, because colouring in all those chins would’ve been a feat. Melissa Mazlan 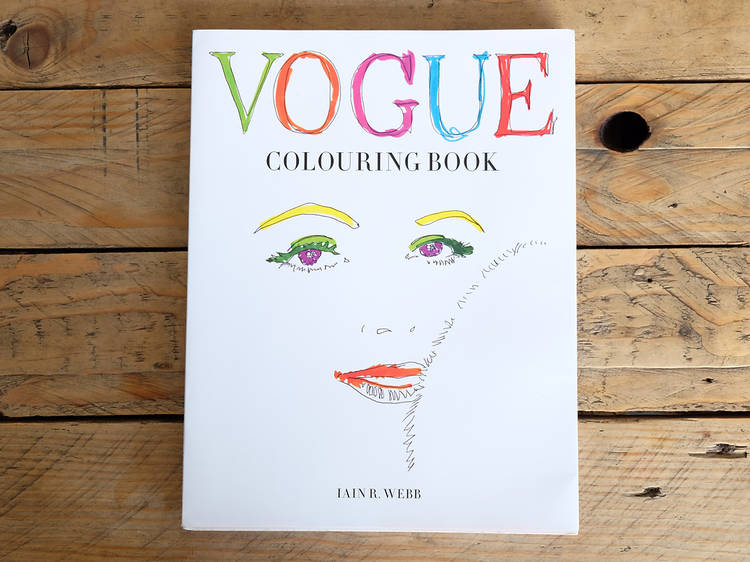 It’s not in fashion until Vogue says it is. You can now colour Balenciaga and Givenchy dresses in whatever shade you want, regardless of what Anna Wintour thinks. The artworks featured are inspired by iconic images and spreads from Vogue UK in the '50s so it’s like fashion history – a lot of matching hats and gloves, ballgowns and cocktail dresses. Nadia Rosli 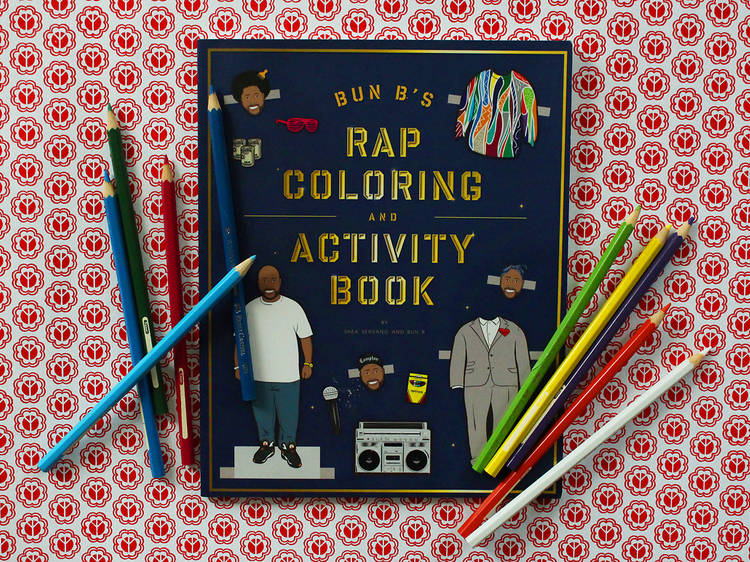 This one’s for the hip hop heads, curated by American rapper Bun B and created by music critic Shea Serrano. The 48-page book of rap-related colouring activities features rappers like Childish Gambino, Common and Talib Kweli. Warning: not for kids. Ng Su Ann 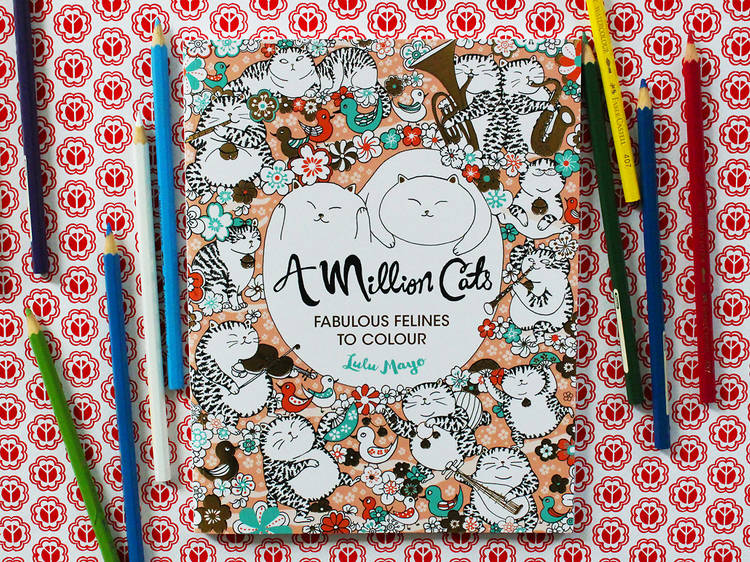 A Million Cats: Fabulous Felines to Colour by Lulu Mayo 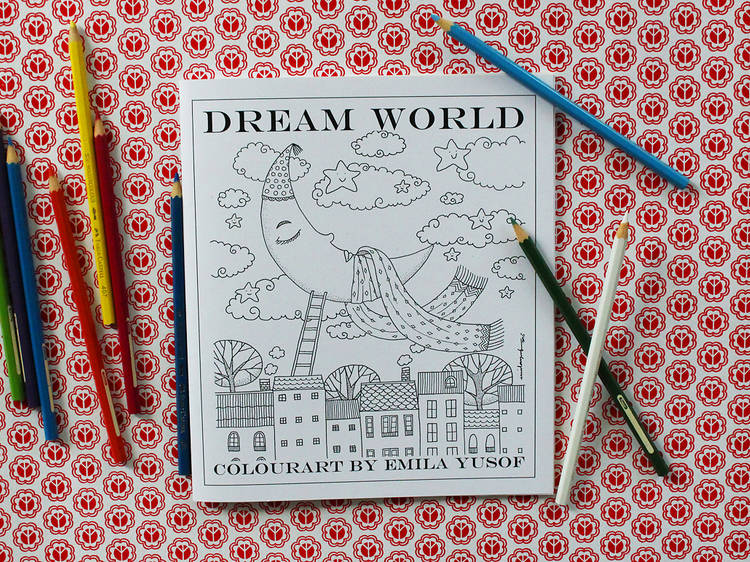 The third book in Emila Yusof’s Colourart series has dreamy, delightful doodles of a castle with a cat peeking out of a window, flying fishes with rotor blades, and sunflowers with smiling faces. Ng Su Ann 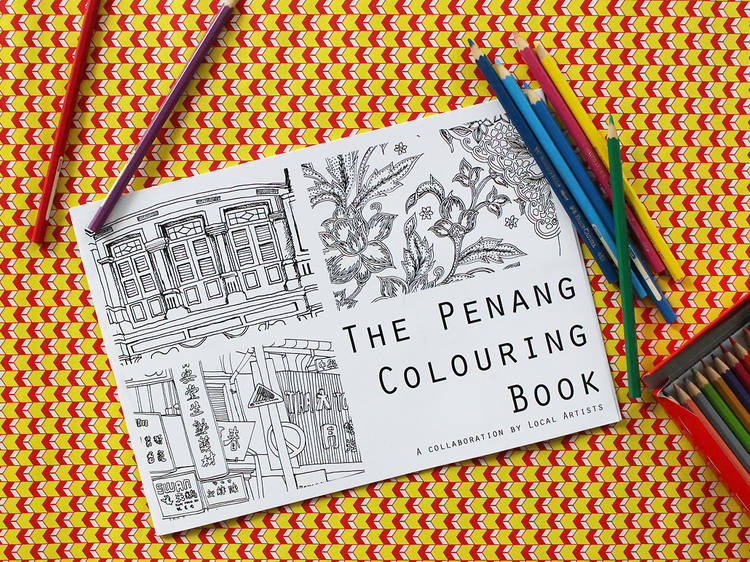 The Penang Colouring Book by We Are Artists Email info@wearearts.net to buy a copy. 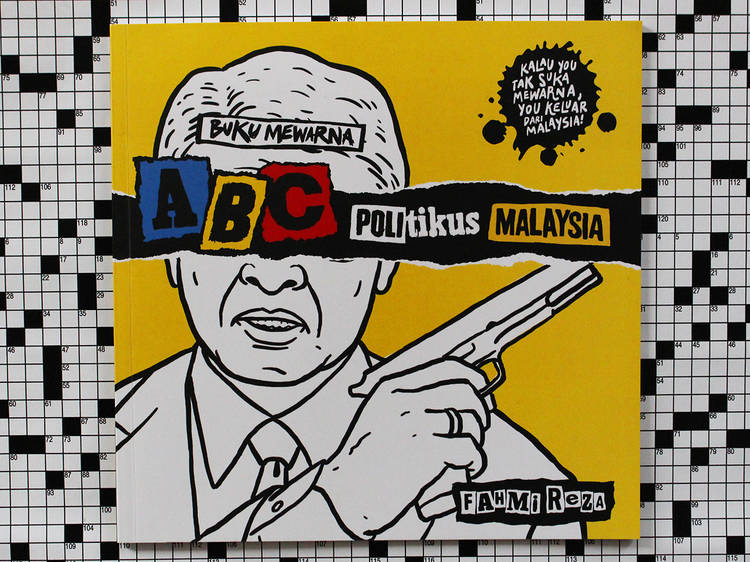 Fahmi Reza is notorious for his protest art and if you need an introduction to the local political scene, always start with your ABCs. The colouring book is no longer available for purchase but Fahmi’s a stand up guy so he lets you have it for free. You can print a copy of the book yourself by downloading the PDF file. Nadia Rosli