Prem Sahib: Side On

Art, Installation
Recommended
4 out of 5 stars 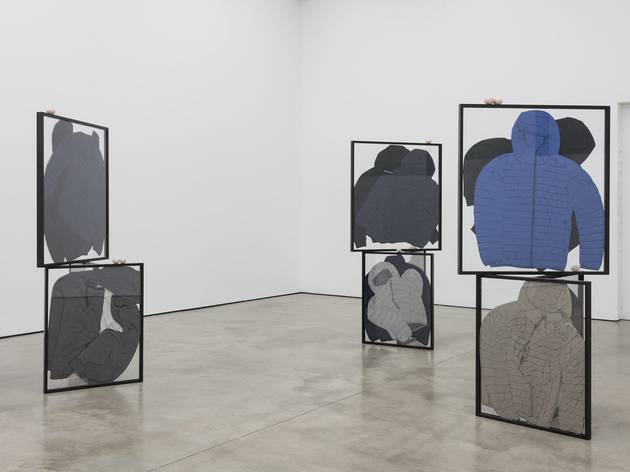 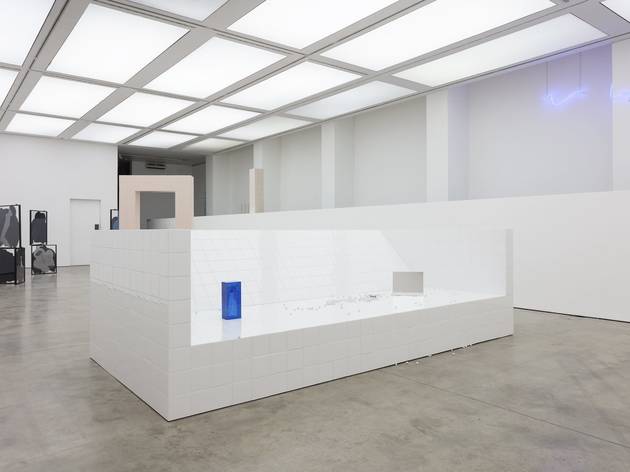 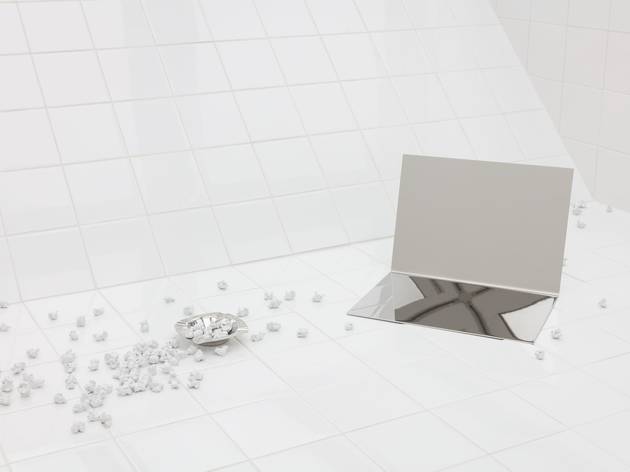 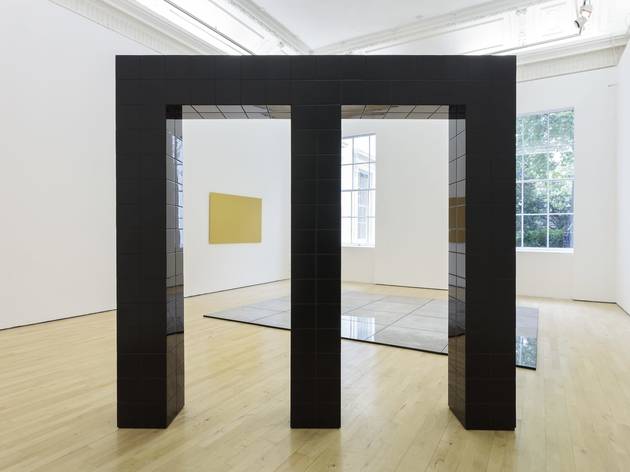 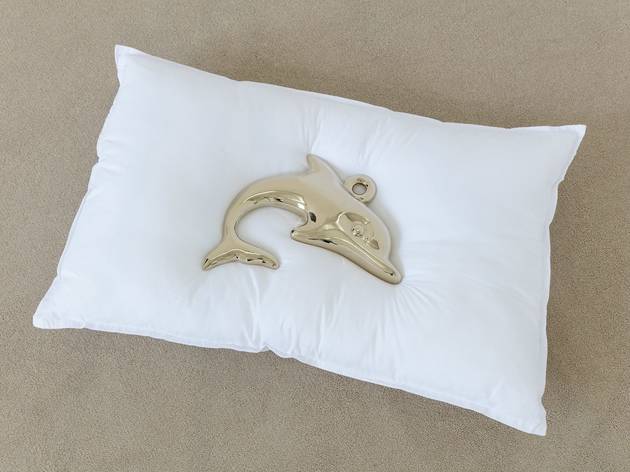 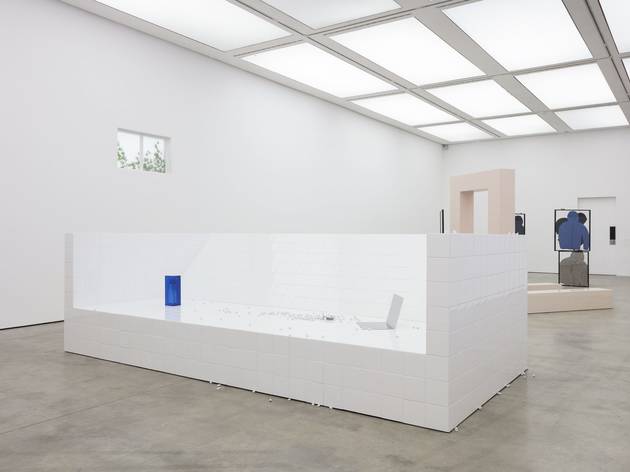 You’re going to want to dismiss a lot of Prem Sahib’s work – and maybe you should. On first impression, the young London artist’s ambitious show across two floors of the ICA is full of the kind of pompous conceptual bullshit that gives contemporary art the bad name it sometimes deserves. But persevere: push through the artifice and the overthought minimalism, and you’ll be rewarded with some of the most personal art you’ll see for ages.

The show is basically made up of large tiled geometric sculptures, neons, vitrines, screen prints and blank aluminium slates. Everything is consciously, knowingly and almost mind-numbingly minimal. It’s a little like the design of an overpriced restaurant.

The vitrines in the first floor gallery squash puffer jackets and hoodies between panes of glass. Next to them, two eight-foot-tall columns covered in skin-coloured tiles intertwine on the floor. Finally, a huge white-tiled bench lies littered with ceramic popcorn, a mirror, an ashtray and a bottle of surface cleaner encased in blue resin. You realise slowly that all of this amounts to a clinical dissection of a seedy, wipe-down, night on the (literal) tiles. Those hoodies are warm bodies pressed against each other; the tiled columns are tangled naked legs. The popcorn turns you into a participant in the sexual spectator sport of London nightlife.

Upstairs, past a heavily euphemistic series of screen prints, you find a cream carpeted room. There’s a glass table held up by two sport-socked feet. Three sheets of black aluminium line one wall. They look blank at first, but as you approach, you realise they’re dotted with what looks like condensation or sweat (in fact, tiny beads of painstakingly applied resin).

In the last room, a glass dancefloor is covered with white powder and shoeprints. A black-tiled column looms menacingly over it like a bunch of regrets. A shirt hangs on the wall, stained with foundation.

So much of this is obvious, clichéd, overthought and rightfully mockable. But it works. It all does. It’s so personal, so honest – it’s like following Sahib around on a really filthy night out. And luckily for you, the hangover is all his.