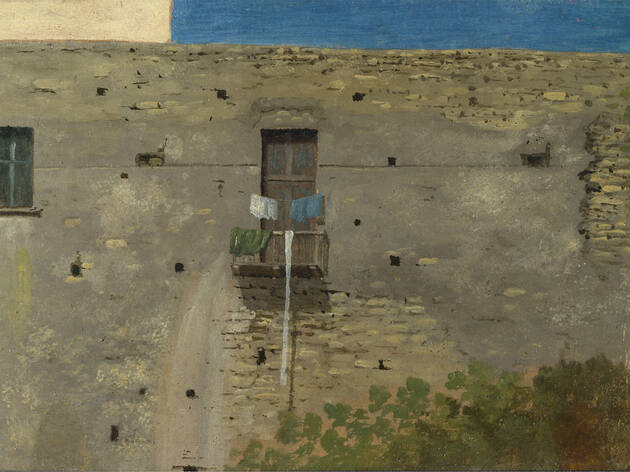 In 1782, a painted view was meant to adhere to certain conventions to do with picturesque compositions and receding perspectives. Jones’s study of a stained and pockmarked Neapolitan wall, however, rejected all that. With its starkness and flatness, its severe blocks of colour, it seems to suggest an almost Modernist sensibility – over a century ahead of its time. 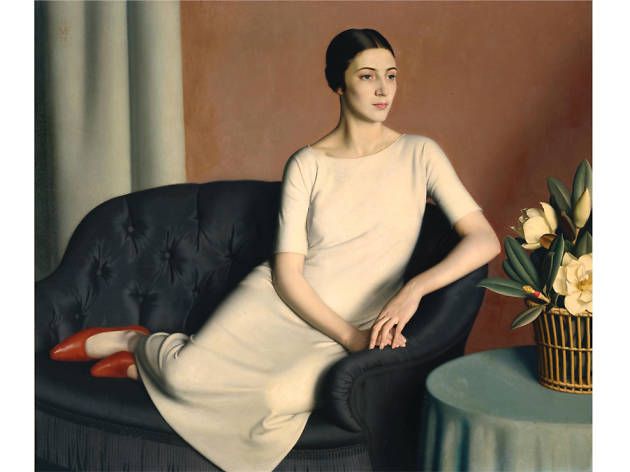 Realism in the interwar period is almost entirely glossed over in favour of the aggressive, shocking modernism of the abstract painting that was happening around the world. Who cares about a portrait of some woman when you can see people like Picasso and Braque tear painting apart from within? But with the benefit of hindsight, we can appreciate art deco works like this for exactly what they are – stunningly beautiful. Kelsey was a professional artist’s model, and is shown here in the most modern clothes of a era. Simple, graceful, elegant and wonderfully painted, Frampton’s work here is a stunning example of the crystalline beauty a truly great artist can create.
Advertising 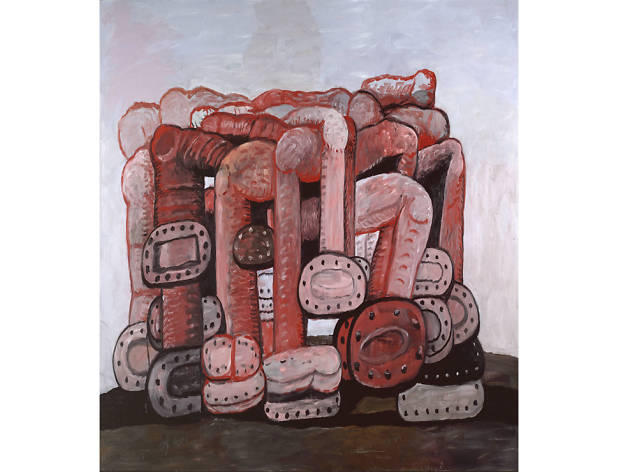 © The Estate of Philip Guston
WHEN? 1976
WHERE CAN I SEE IT? This painting is part of the Tate collection but currently not on display. Check Tate Modern or Tate Britain to see when it will next be on show.
I LIKE IT See also 'The Visit'

The American painter Philip Guston developed his lexicon of hoods, hands and trashcan shields in the 1930s during a trip to Mexico, where he met and spent time with Frida Kahlo and Diego Rivera and studied the social-realist paintings of David Alfaro Siqueiros. The motifs disappeared (back in New York, Guston became one of the most ravishingly seductive abstract-expressionists on the block), but they weren’t forgotten. Tired of the endless rehearsals of abstract painting, Guston unleashed a renewed, crudely cartoonish figuration on a scathing New York art world in 1967. Critics were appalled. For some, Guston was a traitor to the ab-ex cause. Yet, his fleshy, lumbering compositions strike a chord today because they are saturated with flawed humanity. A wall of disembodied limbs perhaps indicative of a mass grave, ‘Monument’ is among his most moving. 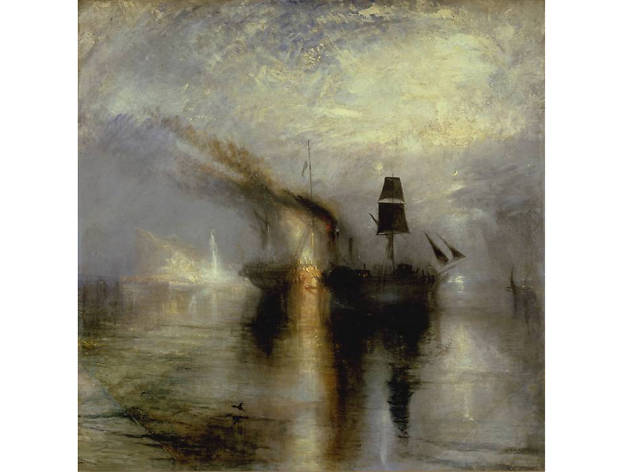 © Tate
WHEN? 1842
WHERE CAN I SEE IT? Tate Britain
I LIKE IT See also 'The Fighting Temeraire'

Turner takes his fascination with the changing moods of sea and weather and applies it to a particular historical moment: the burial of his friend David Wilkie in the Bay of Gibraltar. As with many of Turner’s late works, man is seen as subordinate to the elements, but there is an odd tension in the piece between the scientific analysis of the climatic conditions and the drama at the – literal – centre of the painting. Our first reaction to what we take to be a ship on fire, a catastrophe, is then refocused on Wilkie, whom we cannot see, but we understand to be the reason for the work. At the same time, Turner is minutely accurate in his detailing of the unromantic steamship, gently smoking: modern technology, impossible to imbue with emotions. The unconventional square format which baited Turner’s critics at the time confers an almost photographic democracy to the moment. This is a painting about the eternal, but very much in the here and now.
Advertising 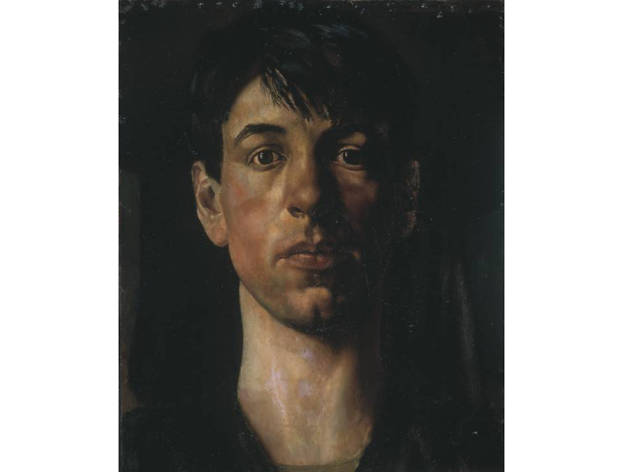 © Estate of Stanley Spencer
WHEN? 1914
WHERE CAN I SEE IT? This painting is part of the Tate collection but currently not on display. Check Tate Modern or Tate Britain to see when it will next be on show.
I LIKE IT See also 'The Menin Road'

The swathes of solemn dark paint enveloping Stanley Spencer’s poignant, disquieting self-portrait convey an awareness of the young artist’s ominous future. After graduating from London’s very own Slade School of Art, Spencer painted this piece just as he was about to enlist for World War One. His penetrating yet vulnerable gaze conveys the plight of a war-torn generation: the youth knew, but could do nothing about it. 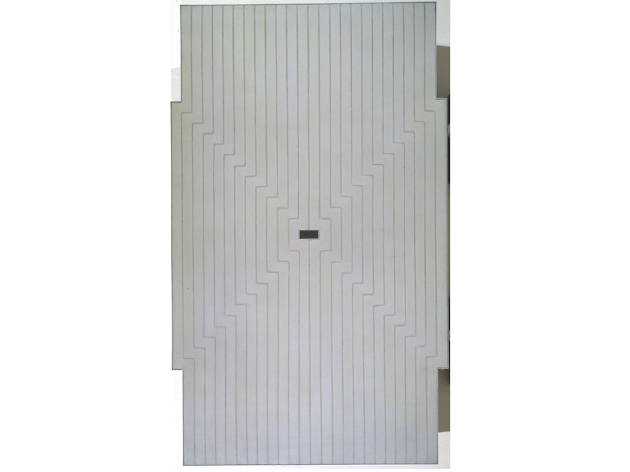 There’s nothing going on here. That’s not an exaggeration, and it’s certainly not a criticism – it’s just the truth. American minimalist Frank Stella painted this shaped canvas to exist as nothing more than a series of lines, in household paint, following the outline of a hole at the centre of the canvas. ‘What you see is what you see,’ he famously said, and this is a beautiful distillation of what painting is. No allegories, no emotion to convey – just pure aesthetics. That’s why they call him a minimalist. And yet, allusions are there if you choose to look for them. The title, for instance, refers to a Cambridgeshire village with family ties to Lord Byron. And what could be more existential than a painting with a void at its centre?
Advertising 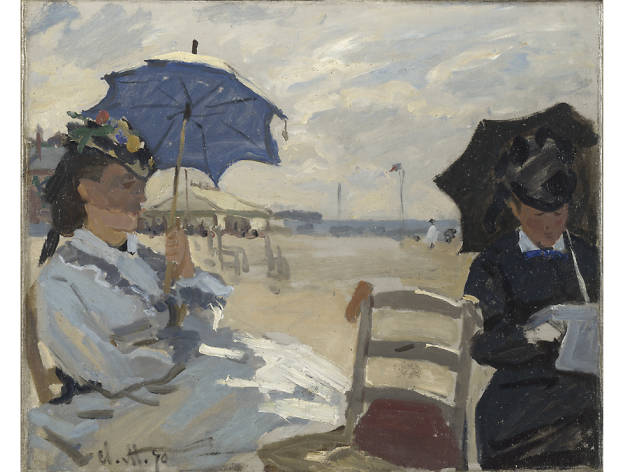 There are more famous Monets in London – in fact, there are more famous Monets in the National Gallery. So why did this beach scene make it into the top 100 while the likes of the National’s ‘Water-Lilies’ and ‘The Water-Lily Pond’ didn’t? Aside from it being a corker – as fresh an evocation of nineteenth-century beach life as you’re likely to find – it encapsulates a momentous period in modern art. The year is 1870, widely considered to be the Year Zero of impressionism, and in this apparently casual scene, Monet distils everything he has learnt about composition (echoes of Japanese prints can be seen in his positioning up the figures) and technique (that it was painted outside is revealed by grains of sand in the paint). Few artists can surpass young Monet’s achievement at this point in time. 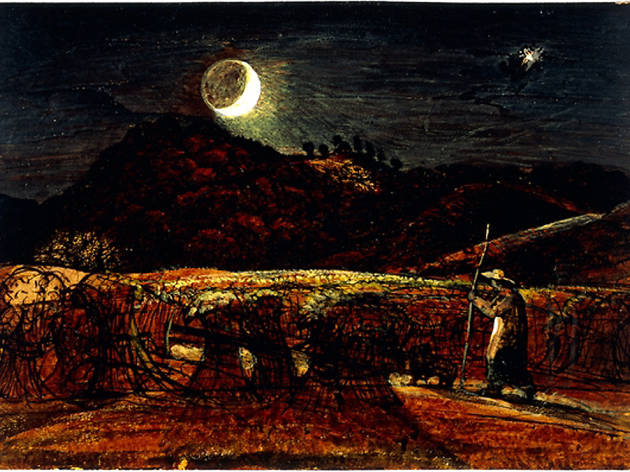 Intensely worked in watercolour, gouache and ink, this gorgeous pastoral scene shows a man walking with his dog through a cornfield beneath a waxing sickle moon and evening star. It is, as with most of Samuel Palmer’s early work, a magical rendition of an everyday experience. A disciple of William Blake (who became his mentor and friend), Palmer transformed the area around his home in Shoreham, Kent, into a mystical paradise, full of spiritual awe. He has none of Blake’s irony, though, just a love of nature that makes early works like these among the towering achievements of British romanticism.
Advertising 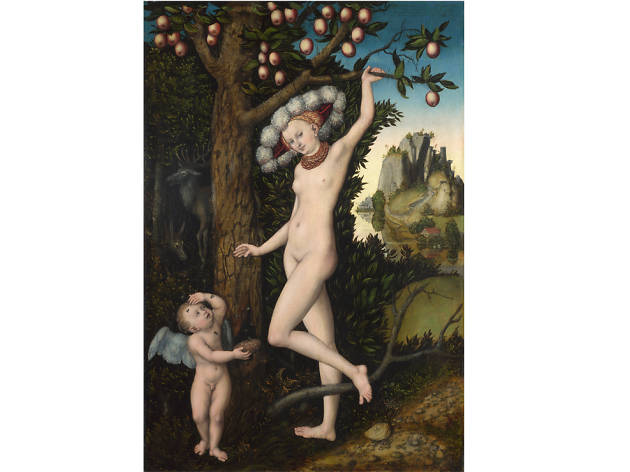 Like a sixteenth-century century version of a David Lynch film, this painting seems to depict a winged-midget alongside a voluptuous tree pole-dancer. In fact, they’re Cupid and Venus, the gods of love, and the former is complaining about being stung by bees while stealing honeycomb. In a fitting bittersweet microcosm: enjoy the Prussian blues of its sky and the luscious verdant shrubbery, but know that this painting was once in the collection of Adolf Hitler. Love sometimes has a sting in the tail. 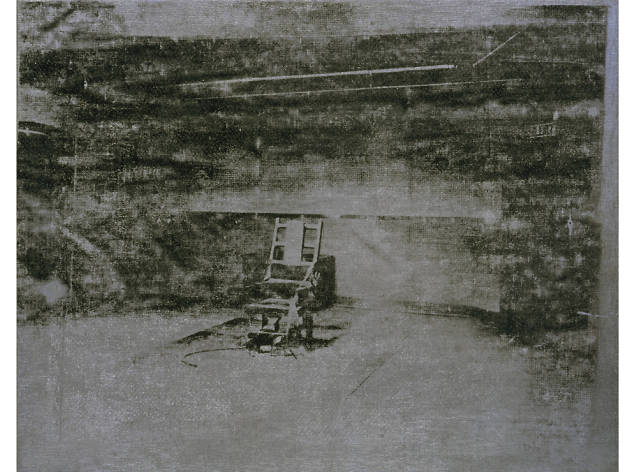 © The Andy Warhol Foundation for the Visual Arts, Inc./ARS, NY and DACS, London 2014
WHEN? 1964
WHERE CAN I SEE IT? This painting is part of the Tate collection but currently not on display. Check Tate Modern or Tate Britain to see when it will next be on show.
I LIKE IT See also 'The Citizen'

Along with hoarding sandwich wrappers for time capsules and writing diary entries describing his financial dealings in graphic detail, Warhol, the (disputed) father of pop art, found some time to take a stand on capital punishment. His series of screen prints on canvas and overlaid acrylic paint were done around the same time that the last executions took place in New York State, and shows in stark relief the unequivocal nature of the death chamber. But, as ever with Warhol, it’s a mixed message. Is he actually being political or is this yet another empty signifier? I doubt those on the wrong side of the chair would think the latter. But unless he’s got another diary hidden somewhere with all the thought-provoking details, we’re unlikely to find out.
Count down 90-81
Recommended