He’s filmed people pooing, fiddled with a Ford Focus and, most famously, switched the lights on and off. As Martin Creed launches a major retrospective, we find out what makes him tick

Thursday 23 January 2014
FacebookTwitterPinterestEmailWhatsApp
Advertising
‘I feel quite panicked about it,’ says Martin Creed, walking round his Hayward Gallery show a week before it is due to open to the public. Given the significance of the event (this will be the Glasgow-raised, London-based artist’s first major survey), Creed’s nerves are to be expected. The artist, though, puts his jitters down to a more general sense of looking back. ‘I find it easier to deal with the stuff I’ve just been working on rather than a self- conscious “this is what I have amounted to”,’ admits the 45-year-old. ‘Dealing with older work, basically curating your life, is such a wanky thing to do.’

Wanky or not, a retrospective’s a retrospective. Time for Creed to stop for a moment and talk about the works you’ll find at the show and some of the ideas behind them.

You may have to duck as you enter the gallery: spinning just inside the entrance is ‘Mothers (Work Number 1092)’. When he first unveiled it in 2011, Creed told us ‘Mothers are celebratory as well as being a bit scary. They’re forever celebrating your birthday, after all.’ Now he’s upped the fear factor by placing the massive neon word piece just above head height. ‘It could only fit in the first room, and only then because we’ve lowered it. It makes it really shocking, the way it cuts through the space. It’s quite brutal, which hopefully will be good!’

Motors (and other things that switch on and off)

On display on one of the terraces, Creed’s car (‘Work Number 1686’ 2013) is a perfect example of his witty exploration of opposites –on and off, present and absent. Every half-a-minute (‘the shortest amount of time so that the engine doesn’t flood.’), the family saloon lurches into life, its engine running, doors opening and lights turning on, before falling dead again. The choice of motor was important. ‘It’s a Ford Focus,’ Creed explains. ‘I wanted to find the most common type of car, and a silver grey Focus, apparently, is it.’ Back in the gallery, Creed will include more lights going on and off – a lightbulb work like his Turner Prize winner, though it will be a slowed down version of his most famous piece: ‘It’s like if you go and see a band and they don’t play their hit singles, you might leave a bit disappointed.’

A mighty organ (and a mini one)

Creed has made art and music simultaneously throughout his career. There's his band, Owada (think: Sesame Street plays punk) and also works like his ‘singing’ lift (‘Work Number 409’), a version of which can be found at the Hayward. He’ll be releasing his new album ‘Mind Trap’ to coincide with the opening of the Hayward show and playing a free gig at the Southbank Centre on February 8. The exhibition itself will thrum to the ticking of metronomes (‘Work Number 189: thirty-nine metronomes beating time, one at every speed’ 1998). There’ll also be a new work made especially for the renovated Royal Festival Hall organ. ‘I’m writing a duet for organ and mouth organ. The organ’s such an inhuman instrument, so massive, so I found the smallest organ, a harmonica, which basically makes sound in the same way.’ The piece, ‘Face to Face with Bach’, will premiere at a ticketed event on March 30. ‘I used to play the piano a bit, and I find Bach’s music interesting. His variations are very relevant to my way of working. He’s trying different things out.’

Whether he’s piling up chairs (as in ‘Work Number 998, 2009) or making paintings of ziggurats, Creed likes to put one thing on top of another. The latest in this series of works comprises ‘families’ of factory-made metal I-beams. They look like the first-generation minimalism from the 1960s made famous by Carl Andre and Richard Serra but that’s not deliberate. ‘I go through a process but the way things look is often a surprise to me. I try not to think how they’re going to end up. It’s not how I work.’

Creed uses deceptively simple ideas and everyday objects to ask complicated questions about existence. Life and death may be the ultimate lightbulb going on and off, but his ruminations on the subject would be a bit vanilla without the presence of some blood, guts and goo. Those venturing on to the Hayward’s west terrace to admire the view may be surprised to find a proud new addition to the London skyline, courtesy of Creed’s ‘Work Number 1029’. The black and white film documents the stately rise and fall of an erection. ‘You’re going to see it with the Houses of Parliament behind,’ he says. ‘I wouldn’t mind it if there was a bit of controversy. It’s just ridiculous that someone can’t walk naked over Waterloo Bridge without it being against the law.’ The show’s finale isn’t for the prudish either, thanks to ‘Work Number 660', in which a woman walks on to the set, drops her jeans, squats, and defecates. For Creed it all ties together. ‘It’s all about trying to get things out,’ he says. ‘Shit’s the most basic thing that people make. And it’s healthy to make it.’ 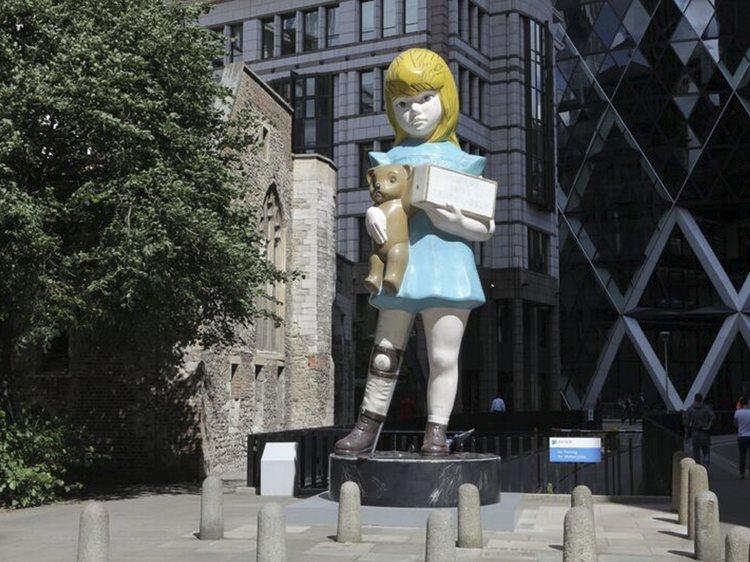 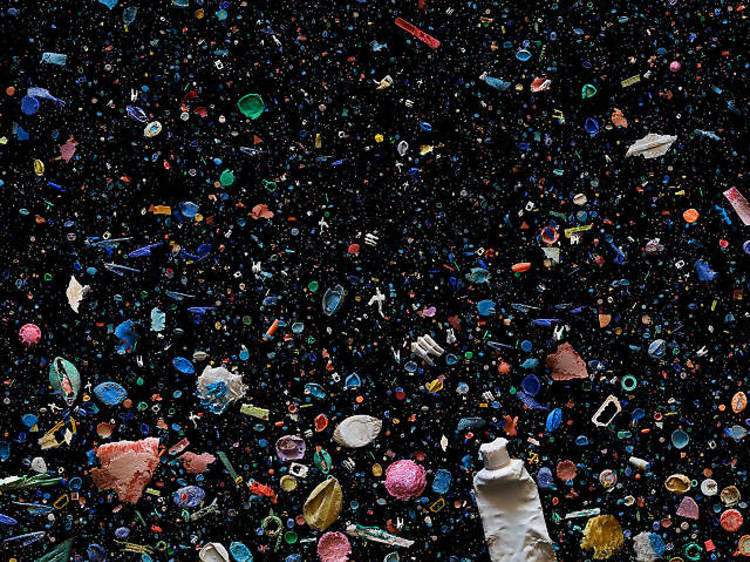 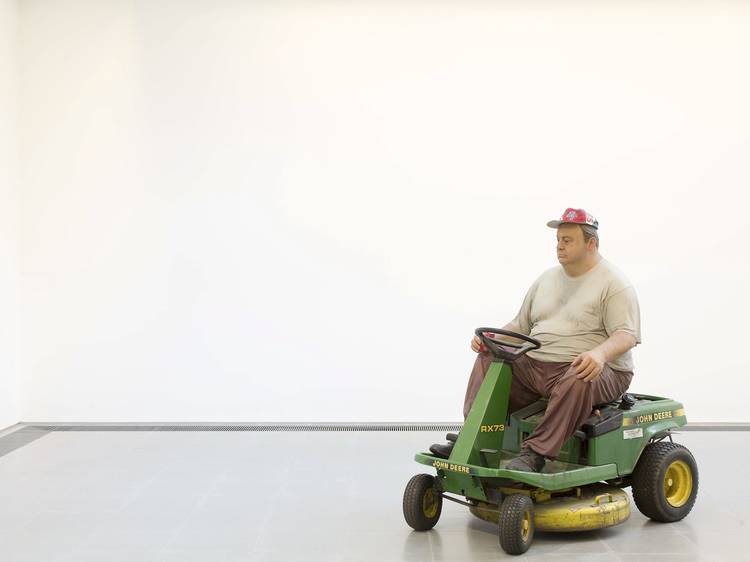 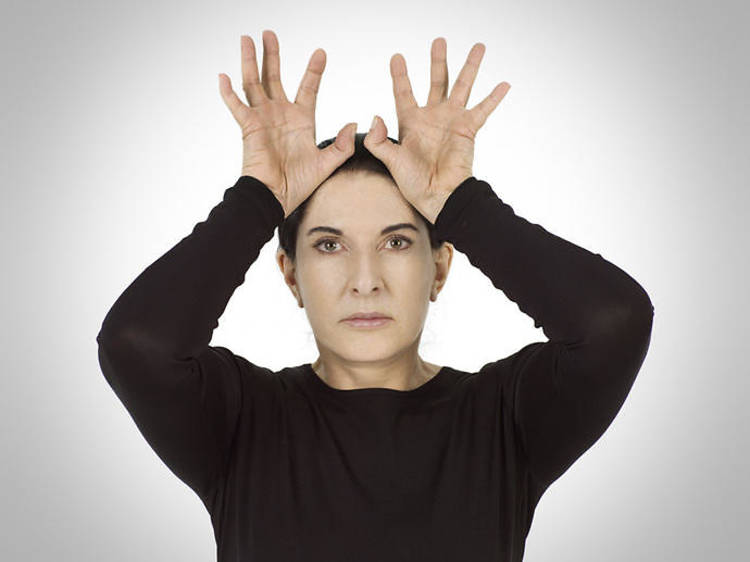