It's easy to forget, strolling through 36 acres of pristine enclosures, that London Zoo is home to almost 200 years of history. It was here, just a year after he returned from his world-changing voyage on the HMS Beagle, that Charles Darwin became a fellow in 1837. Some 77 years later, a Canadian infantry brigade en route to the Western Front gave the zoo their mascot Winnie the Bear for safekeeping. The cub was a hit with London's children, none more so than Christopher Robin, son of A.A. Milne. Winnie the Pooh was born.

These days, the zoo is home to nearly 20,000 animals from more than 800 species. Add us humans and the tally of creatures passing through each year exceeds 1.5 million. Most visit to wander through the site's 17 distinct areas. But a packed programme of events ensures the zoo stays busy, and evolving, all year round.

VIDEO: Inside the Gir Lion Lodge at London Zoo

London Zoo opens daily at 10am, Christmas Day excepted. Closing times vary according to season: 6pm all summer, 5.30pm from September 9 to October 25, 4.30pm from October 26 to November 3, and 4pm all winter. Last admission is one hour before closing. Trust us, it's for your own good.

Prices also vary according to season. From March 22 to September 8, adults pay £25, children £19, and seniors and students £22.50. From September 9 to March 21, tickets are £1-£2 cheaper. No matter the season, buying online should save you a couple of quid per ticket. Children younger than 16 won't be admitted without an adult.

Where is London Zoo?

It's not the biggest in the world, but for a facility of its quality, London Zoo is certainly one of the most accessible thanks to its central location. Tucked into the northeast corner of stunning Regent's Park, the zoo sits immediately south of one of the capital's most breathtaking viewpoints, Primrose Hill.

Camden Town on the Northern line is the closest tube station, just a 15-minute walk away. But for one of London's most scenic strolls, alight at Regent's Park station (Bakerloo line) and walk about 20 minutes through the park, home to some of the most beautiful English gardens anywhere. The 274 and C2 buses also pass by the zoo.

Gorilla Kingdom was built over a period of 18 months in the mid-noughties. Late in the day, as it starts to cool, the western lowland gorillas that call it home move inside a plexiglassed gym at the enclosure's south end, providing a chance to see them up close.

Nearby Penguin Beach is home to about 60 African, Humboldt and rockhopper penguins. Amphiteatre seating at the edge of a giant pool provides the best views – especially during feeding time. For a fascinating look at the penguins' former home, swing by the Grade I-listed 1934 Penguin Pool, an otherworldly example of early modernist architecture, and perhaps the zoo's most famous enclosure.

Other top attractions include the world's first public aquarium (which, before the word was coined by London Zoo, were called 'aquatic vivaria'), the completely indoor Rainforest Life (perfect on rainy days) and the ever-fearsome Komodo dragons (the world's largest species of lizard). 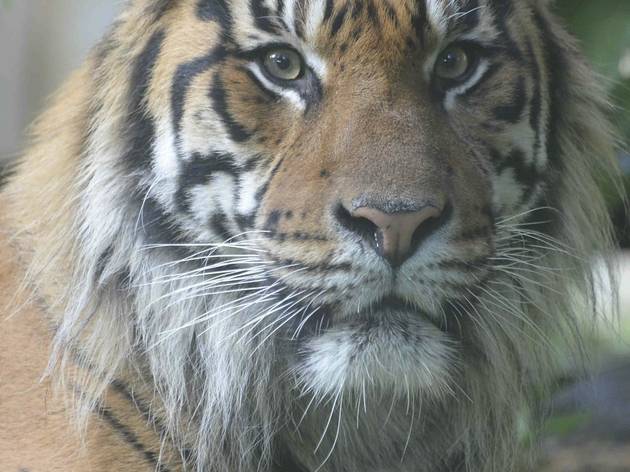 © ZSL London Zoo
The latest, most popular addition to the zoo is Tiger Territory, a £3.6 million enclosure completed in 2013 to roaring feline fanfare. The 27,000 square-foot territory houses two Sumatran tigers –beautiful, both of them – that the zoo hopes will produce little tigers. Heartbreakingly, the couple's first cub drowned in the enclosure at only one month old, but hopefully next time won't be so tragic. 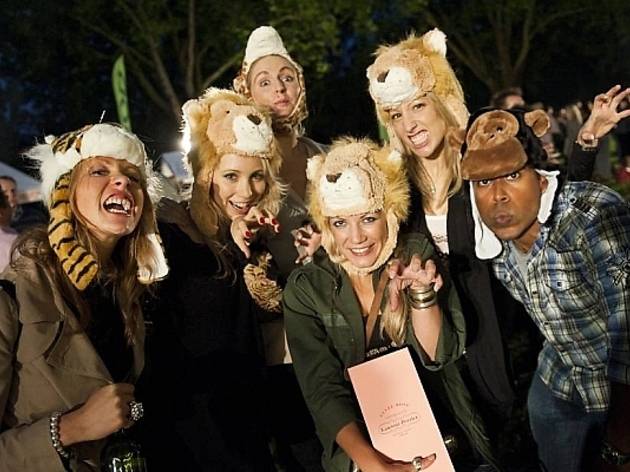 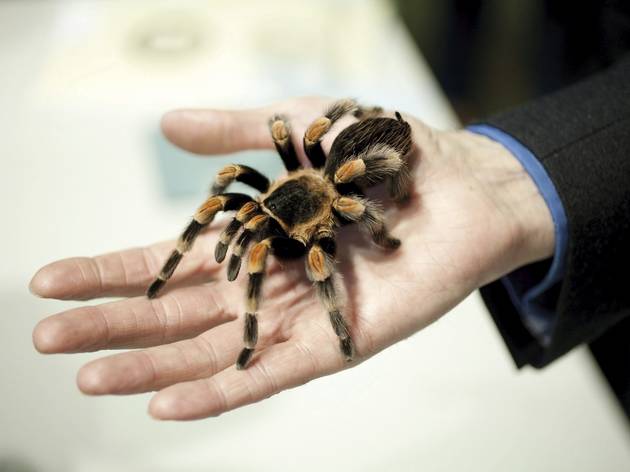 They're not cheap, but the London Zoo's Friendly Spider sessions sure are popular: more than 5,000 arachnophobes have enrolled over the past 20 years. Using a combination of exposure therapy and hypnotherapy, spider expert Dave Clark and clinical hypnotherapist John Clifford offer advice on how to tackle an arachnid invader, along with your own fear. Get more info here. Unless you're too scared. 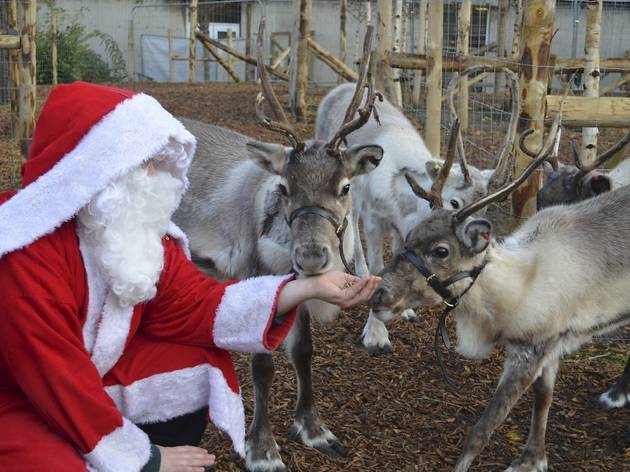 Find out how Father Christmas makes sure his reindeer are kept fit and healthy all year round at these festive sessions, which run every weekend in the run-up to Christmas. Mother Christmas will also be available for storytelling, creative young ones can decorate gingerbread, and excitable visitors might enjoy a ride on the carousel. Find out more here. 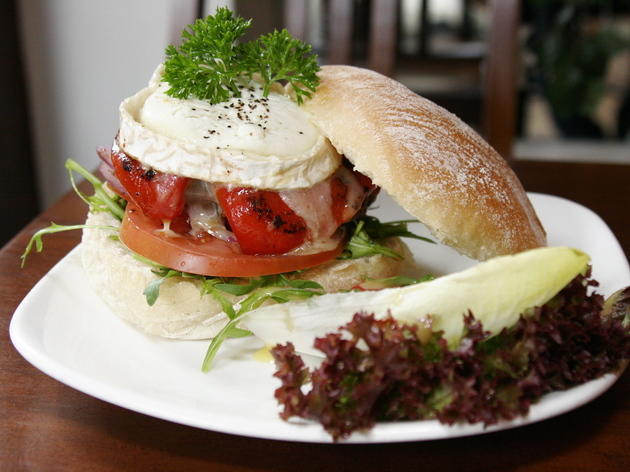 Patties might rule the menu here, but the experience of dining at Haché is closer to that of an urbane modern restaurant than a burger bar. The interior is chic and intimate; the glow of hanging candelabra and mirrored wall panels soften the dark wooden furniture and beams to create a surprisingly romantic mood. The attention of the young staff varied, but this was soon forgotten when a glass of tart real lemonade and a creamy vanilla milkshake arrived. 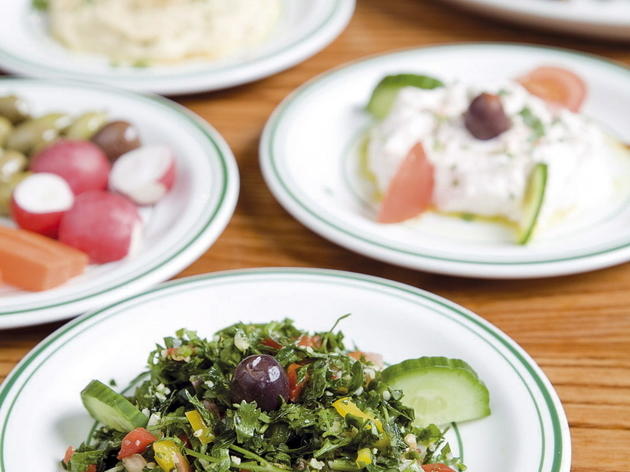 Abuzz with gossip, toasts and the hushed chatter of Primrose Hill ladies-who-lunch, this much-loved Greek-Cypriot stalwart has been in operation for more than 30 years – serving up souvláki to local celebs and glasses of Metaxa to homesick old boys. The menu is lengthy, spanning charcoal grills, seafood, oven-cooked taverna classics, vast mezédes selections and great-value weekday lunch specials. 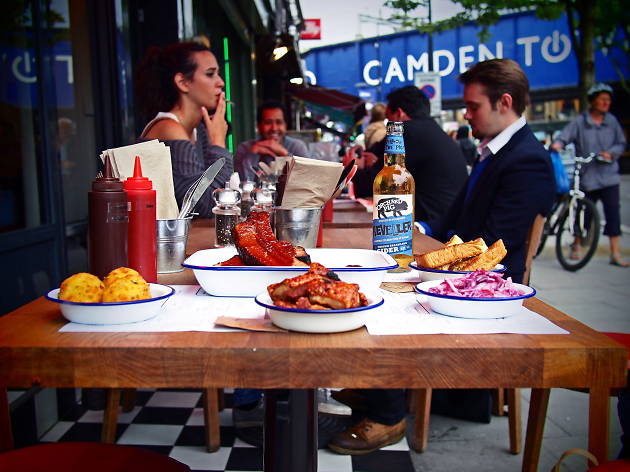 From Carolina ‘cue’ joints to rough-and-ready pop-ups, southern US barbecue has captured the hearts and palates of hungry Londoners. We’re now spoilt for choice, but Porky’s needs to be on your radar. This Camden Town joint, where the vibe is low-key and the service friendly, produces Memphis-style cooking that’s true to its roots: portions are massive, prices reasonable, flavours full-on. Enter and you’re transported to the Deep South. 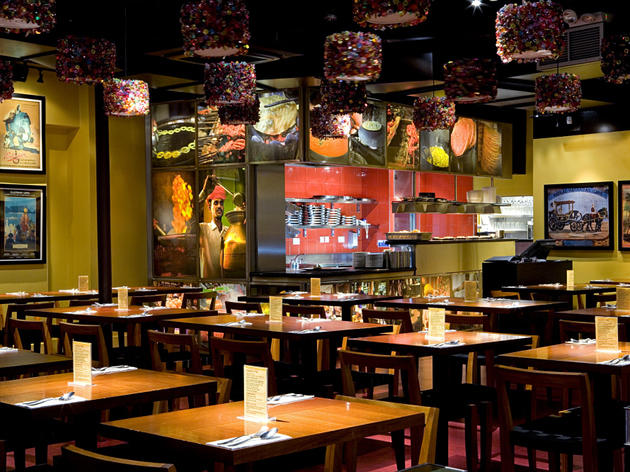 Branches of this smart, clever chain are popping up faster than mustard seeds in a hot pan of ghee. Each outlet is decorated with a different theme – on Parkway it’s advertising posters of the 1930s and ’40s; at Covent Garden Rajasthani puppets hang from the ceiling; in Soho, Islington and Earl’s Court the walls feature striking work by tribal artists. The mood is both vibrant and relaxed – as cheering to singletons having a thali for supper, as it is to family groups and couples. 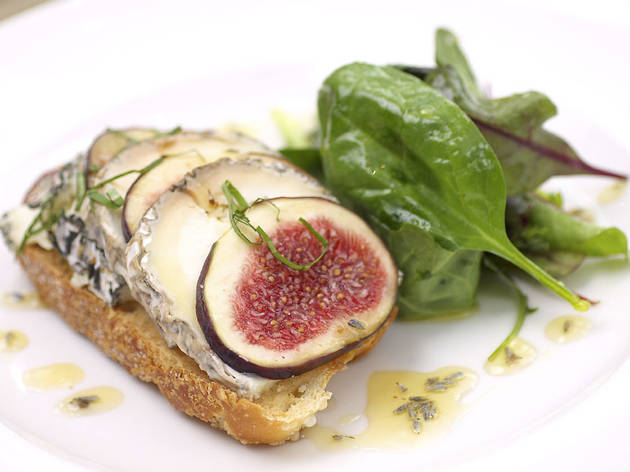 This bar and restaurant in the Roundhouse concert venue has won much applause, but there has been a recent change of cast in the kitchen and our dinner was a mix of hits and flops. A cold, rubbery soft-poached egg took centre stage in a dish purportedly starring asparagus and miso butter. Yet the kitchen is capable of excellent fusion cooking, as shown in a memorable plate of fennel with feta, pistachios, salted caramel, lemon zest and dill. 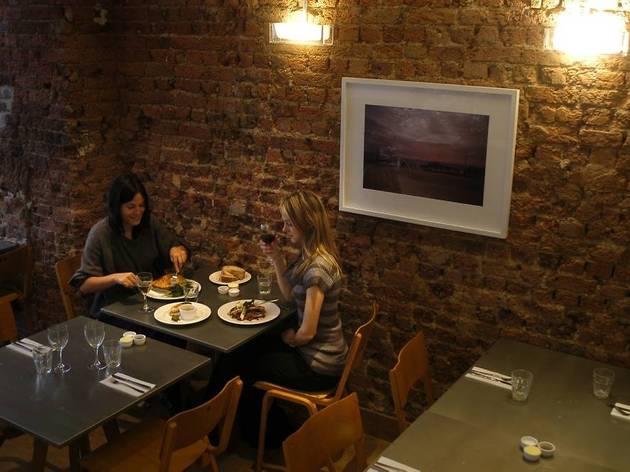 Camden Market doesn’t provide much culinary incentive for Londoners to visit NW1, but Market in Camden is one of the best venues to eat in the area. ‘Simple things, done well’ is a phrase that could apply to the whole operation. The narrow space has been denuded back to its structural brick, adorned only with a few wall lights and prints. Chairs are salvaged from a school by the looks of things; specials are chalked on a blackboard. 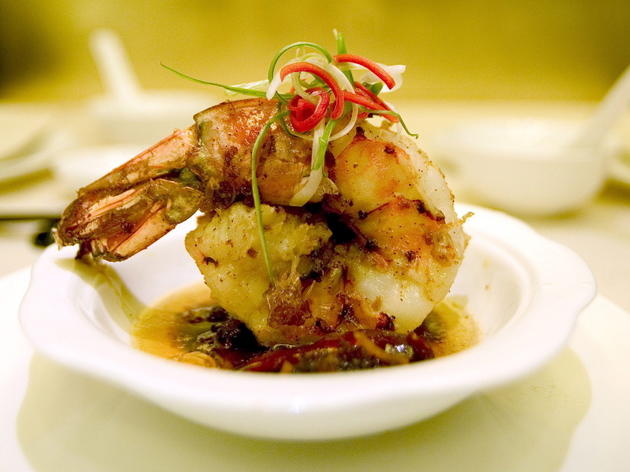 The ‘club’ in the name makes RCC sound like a members-only section of the Royal China Group, which isn’t far from the truth. This, the premier link in the chain, has an air of quiet elegance found in five-star hotels, right down to the faint tinkling of a piano. The kitchen turns out consummate Cantonese cooking, using prized ingredients (abalone, lobster, veal) at every opportunity. At lunchtime, dim sum includes the signature cheung fun, which here comes filled with velvety dover sole and smooth pieces of scallop – all sitting in a puddle of sweet, smoky sauce. 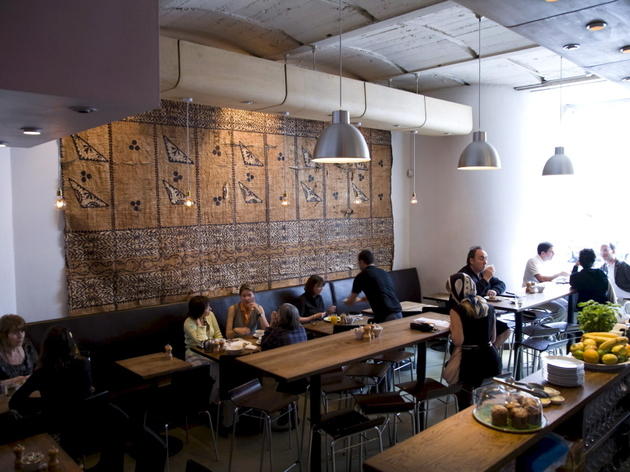 Peter Gordon is on a roll. His funky, relaxed fusion café and restaurant Kopapa has been going great guns, and summer 2013 saw him taking the famous Sugar Club kitchen back to his native New Zealand for a starry hotel launch. None of this has taken the shine off The Providores & Tapa Room, his flagship Marylebone project. On the ground floor is the Tapa Room, a casual, buzzy space heaving with well-dressed locals knocking back top-quality coffees, New Zealand wines and an all-day menu of small plates.