Live music, cocktails, and a Cuban-inspired menu from the guys at TĀTĀ Eatery.

As soon as I stepped into La Rampa bar, I felt at ease. No, really: my never-ending list of life admin and dirty laundry just seemed to vanish. A live band bubbled in the corner, with brass spurting out salsa and a cha cha beat luring everyone into a happy hypnosis. Inside was a lot larger than I’d expected, but it still felt intimate: the lighting was low, with candles on each table and plants in every feasible space. Intriguing paintings hung from the walls and people stood around, chattering – creating a right bustle – even though it was early on a Wednesday night.

This 1950s Cuba-inspired bar and restaurant is tucked away minutes from Oxford Circus, with a food menu created by Ana Gonçalves and Zijun Meng from TĀTĀ Eatery. Small plates are priced around £6 to a tenner each, and promises all of the zest, zing and kick you’d want from a Caribbean kitchen. Our waitress was clearly excited to share her recommendations and the product knowledge shone through. My mate and I ordered four dishes to share.

To start, we had the corn ribs – they might be a bit obvious these days, but boy were they good. Succulent and slathered with a thick chipotle mayo, I could have easily finished a plate to myself. The roasted celeriac with a garnish of chimichurri and crispy corn kernels was also tasty: the crunch of the corn balanced with the soft celeriac, making it a real pleasure to eat. The corn tortilla chips and traditional black bean dip was also nice, but nothing special. And the fried plantain with avocado mojo was a real disappointment – the plantain was incredibly dry and the ramekin of sauce was basically a bland bowl of slime.

By this point, our drinks had arrived. Playing on your classic mojitos and daiquiris, La Rampa has an extensive cocktail menu curated by mixologist Marcis Dzelzainis, with an emphasis on rum. I kicked things off with a smooth and refreshing ‘Whisky Old Fashioned’. Unlike the traditional drink, it had lime, curaçao, pineapple and mint, tasting more like a piña colada, which I'm not complaining. After that I went for an ‘El Floridita’, a delicate daiquiri made with rum, maraschino, and (obviously) lime. The drinks were on the pricey side and could have done with a little more of an alcohol kick, but they were interesting and complemented the vibe to a tee.

Onto the bigger plates. There’s just four offerings here – the food menu is pretty limited. I ordered the roasted whole aubergine with garlic habanero, rainbow chard, kale and tortillas. The aubergine was cooked into a delicious mush, with the crunch of the veggies and spicy sauce creating texture and oomph. The ‘Sandwich Cubano’ was also good: a thick bread stuffed with fried aubergine, raclette cheese, creamy guac and coriander. Then again, I might have only enjoyed it because I’m such an aubergine stan, but there’s something about paying £12 for a sandwich that makes me squirm.

That said, the atmosphere of this place really did feel immaculate and that’s hard to put a price on: for a bar, that’s half the job done. It was kind of fun, kind of cool, and probably a nice place to take a second or third date. I left full, mildly tipsy, and sad to walk out to the smell of wet concrete after our fantasy Caribbean bliss. La Rampa, I’ll be back.

The vibe Candlelit tables and foot-tap-inducing live music. A Vibe with a capital V.

The food Good for keeping rumbling tummies at bay.

The drink Cuban cocktails lavished in licks of lime and pineapple.

Time Out tip Get messy and eat with your hands. It will feel and taste so much better. 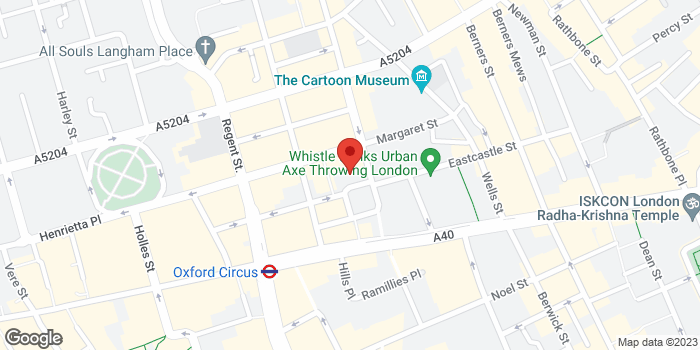