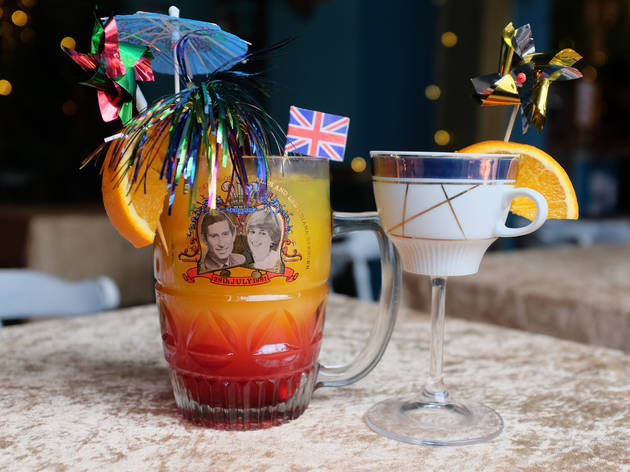 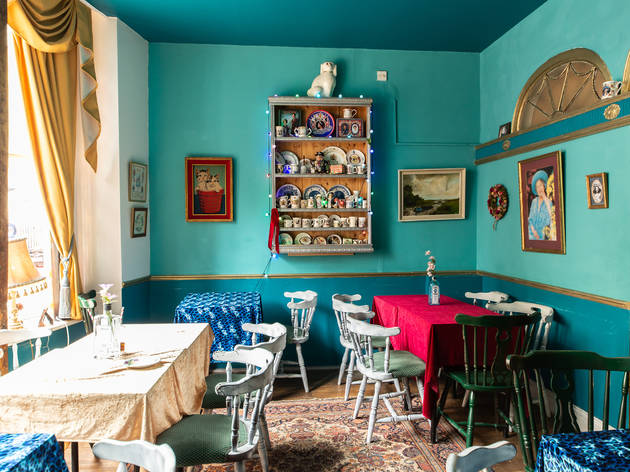 A follow-up to the kitsch bar themed around a grandmother’s front room.

It was while ordering the Dame Mystic Meg that I suddenly felt self-conscious. In other incarnations of Little Nan’s Bar – the flagship in Deptford and a follow-up in Catford – I’d found it a whole lot easier to settle into an unabashed atmosphere of retro furnishings and ‘EastEnders’ references. That was probably down to staff as welcoming as you’d expect from a bar named after a lovely old lady. Here, though, they seemed a bit bored, and the music had cut out for a good 30 minutes (a confused pop-disco soundtrack that had been hard not to toe-tap along to before), making my daft order all the more exposed. They couldn’t remember what went into the bright mix either (no crystal ball behind the bar, I guess?), so I had to read it to them from one of the signs. But it’s hard to stay bitter in such a silly setting – especially when your drink arrives with sparklers.

Compared to its sisters, this Fitzrovia version (somehow) feels a little pared back, a tall-ceilinged townhouse filled with doily-topped dining tables and with a fixation on the Princess of Wales (as opposed to a more general penchant for the royals). Two Diana dolls sit in glass cases in the window, ready to greet customers. A room at the rear filled with faded armchairs is much more suited to the antics you’d expect after a few teapots of sugary cocktails (as is a surprise basement room filled with 1990s memorabilia, including a Kavana collage), although many people had picked benches outside to sip from novelty china in relative peace.

Comfort food dishes with bonkers names hit the spot, though – I’d recommend Ian Beale’s scampi and Bill Clinton’s pulled pork burger to anybody. And although Little Nan’s magic isn’t as obvious here, you’ll still find a bit of it at the bottom of a teacup.