Bars and pubs, Cocktail bars Dalston
Recommended
4 out of 5 stars 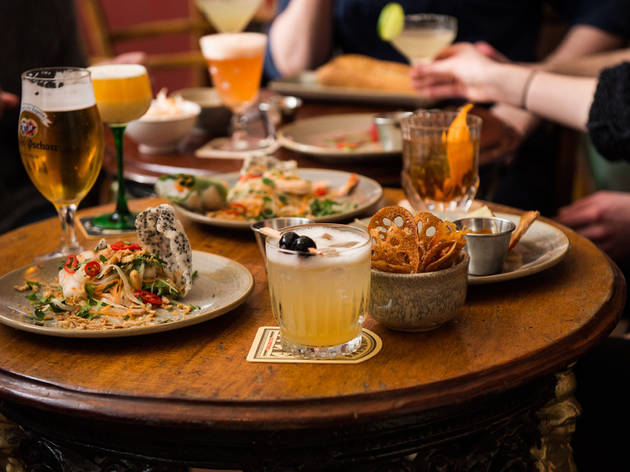 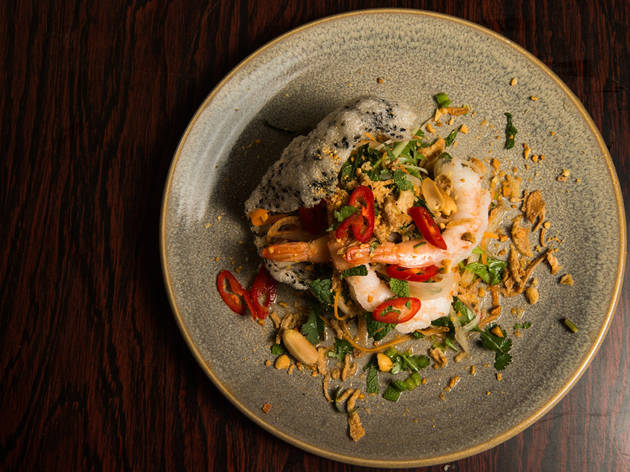 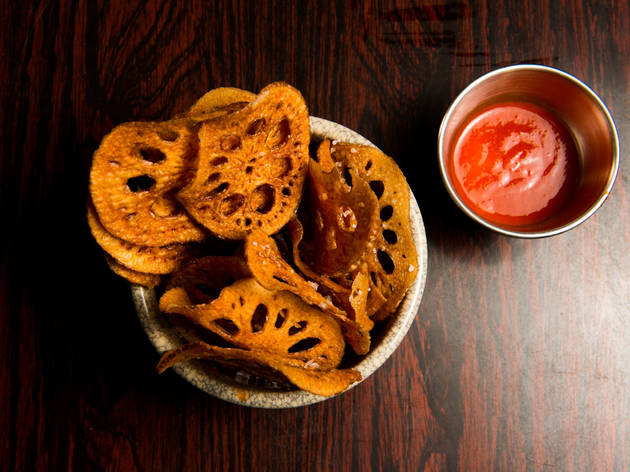 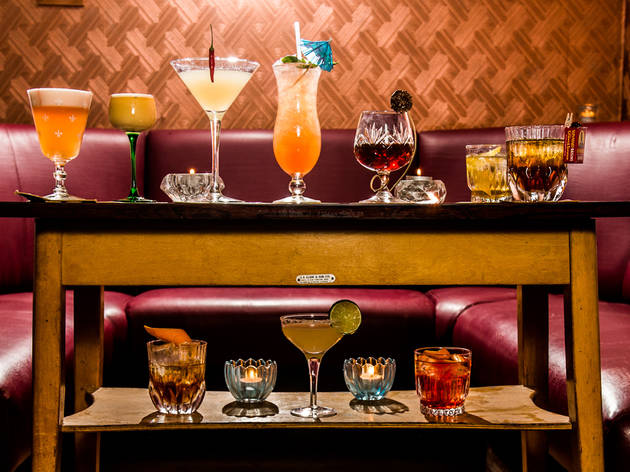 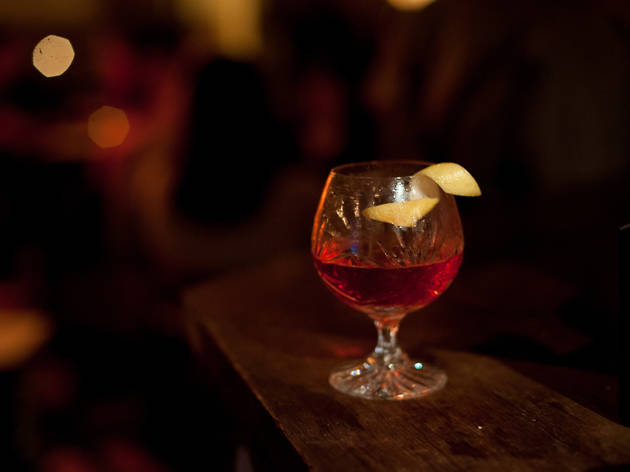 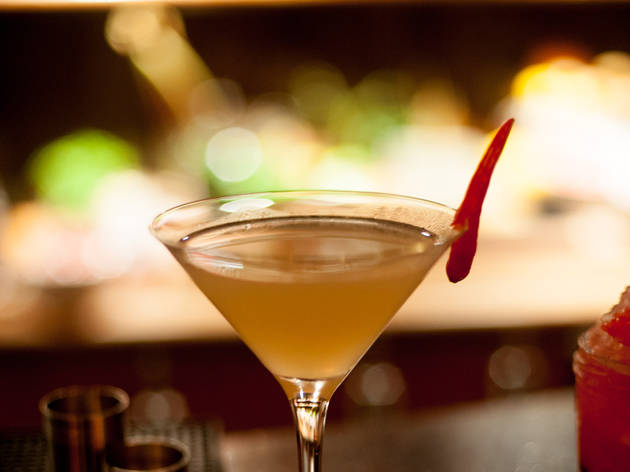 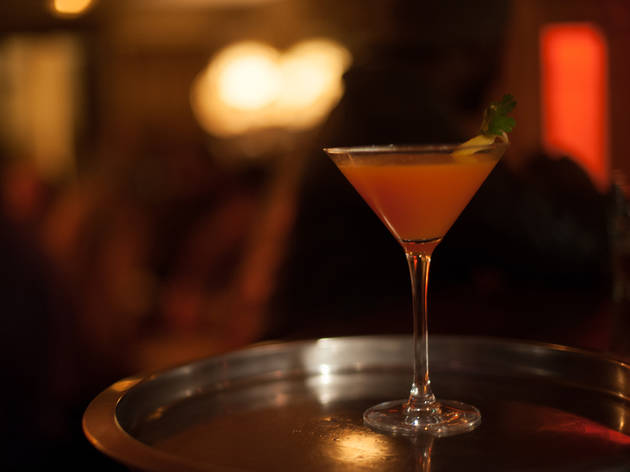 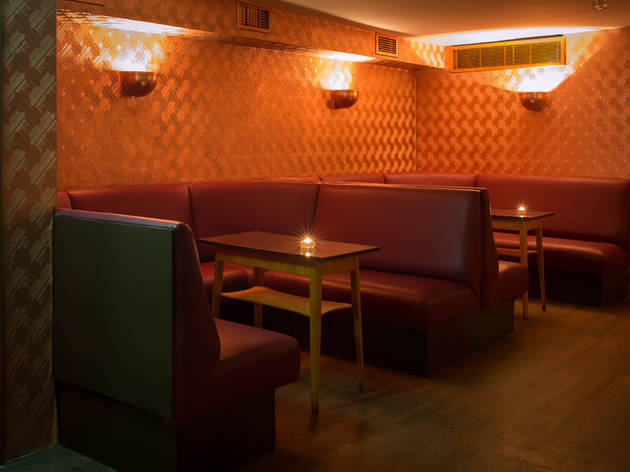 An unfussy two-for-one basement drinking experience in the heart of Dalston: go small with the cocktail bar or large with the lounge.

Ruby’s cocktail bar is already a fixture on the Dalston end of Stoke Newington Road. Now it’s relaunched, supersized, but thankfully no more slick, as Ruby’s Bar and Lounge. To find it, you still need to look out for the reclaimed cinema marquee and walk down a dingy staircase as if you’re on the hunt for drugs or a chest infection. But once at the bottom of the steps, you can imagine you’re stepping onto a transatlantic flight: turn left for an intimate, first-class encounter with a cocktail; turn right for a more laidback evening in a space three times the size and where the focus is on beer, wine, Vietnamese bar snacks and a louche, dimly-lit atmosphere.

It’s easy to forget the time, day, week, month and year in these windowless basements. And that’s a good thing. The unfussy décor looks like the owner, Tom Gibson, whose family business sells restored furniture and hires out former industrial locations for shoots and events, has raided every one of our nans’ flats for the lounge’s nicely random mid-century fixtures and fittings (including a giant bingo numbers sign). But it’s far from achingly retro; instead it has more of an upscale jumble sale vibe. The drinks help the sense of timelessness. The cocktail menu remains strong and, being February, I stuck to the mildly spicy Winter Warmers selection. But all year they’ve got over 16 inventive mixes on the list (the best names have to be Requiem For a Monk and Bananadrama). In the lounge, the beer selection is appealing. Of the pale ales, I liked the Pressure Drop Pale Fire, and can also recommend the Hopf Helle Weisse wheat beer. The bar snacks are from Hanoi Kitchen, and they’re substantial enough for a meal: green mango and papaya salad with prawns (served in a giant, booze-soaking rice cracker) and a plate of two lamb chops both came bursting with spicy, citrus flavours. The downside? At some point you’ll remember there’s a whole, cruel world back up those stairs.

Ruby’s Bar & Lounge says
Ruby's intimate cocktail bar offers delicious cocktails with live jazz events most nights - bringing the atmosphere and vibe of 1950's jazz clubs to life for the modern day. Our Lounge Bar is the place to party until the early hours, with DJs, a dance floor and disco sounds.
Share Tweet