Over mulled wine? Then get under the influence of hot cocktails. This winter, the city seems awash with steaming concoctions beyond your wildest dreams – from a hot G&T to a warm buttered sherry. Find them at our very own festival of hot cocktails, Hotboozapalooza, or in bars across the capital where things are seriously hotting up. 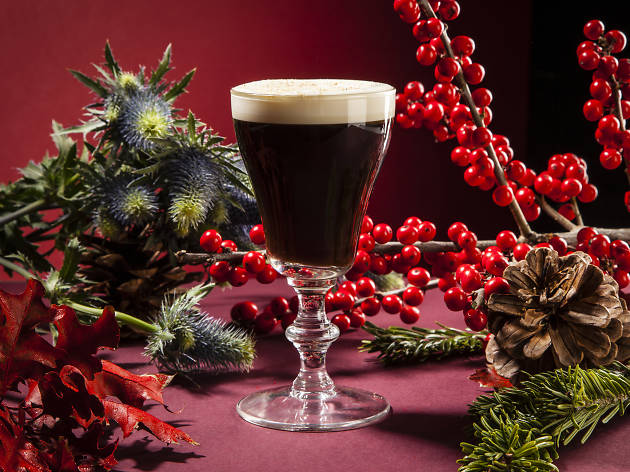 If you drink one Irish coffee in London, make it this one. The team at Swift take meticulous care when mixing, heating and pouring the blend of coffee, demerara sugar, cream and whiskey. Colombian dark roast beans – sourced from Algerian Coffee Stores just a few doors down the road – give body and depth, and Jameson Caskmates, an Irish whiskey finished in stout barrels, adds malty dark chocolate notes. It’s finished with a light dusting of nutmeg on its creamy top. Drinking this dark, silky concoction in this low-lit basement bar is a London experience made for the winter months – no wonder Swift sells more than 100 glasses of the stuff each week. 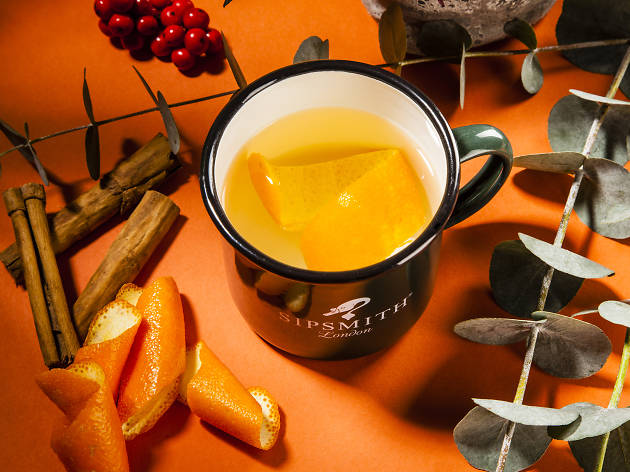 The clever folk at Sipsmith have created a way to serve everybody’s favourite summer tipple in winter without causing hypothermia. The Hot G&T is inspired by the hot gin toddies served at frost fairs in the eighteenth century (when the Thames froze over). It combines a double shot of gin with Sipsmith’s own tonic syrup, which blends in a treat with a slug of hot water. It’s then garnished with orange peel for a festive twist. London might not get as cold as it did in the 1700s, but no point letting global warming get in the way of a good drink. 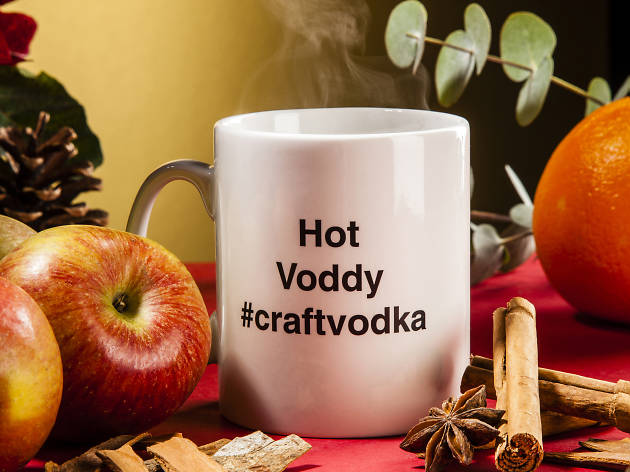 There’s something about drinking booze from a mug that makes you even more merry, like you’ve been teleported back to your student days. But this is no giant Sports Direct cup of White Lightning; this is cloudy apple juice, cinnamon, star anise, orgeat (almond syrup) and Vestal Pormoze 2014, a bottle-aged and unfiltered vodka that adds a smoky, bonfire flavour. It’s being served at Time Out’s own Hotboozapalooza event, as well as at Kentish Town’s Ladies & Gentlemen, a Victorian toilet-turned-bar where you can warm your cockles this winter. 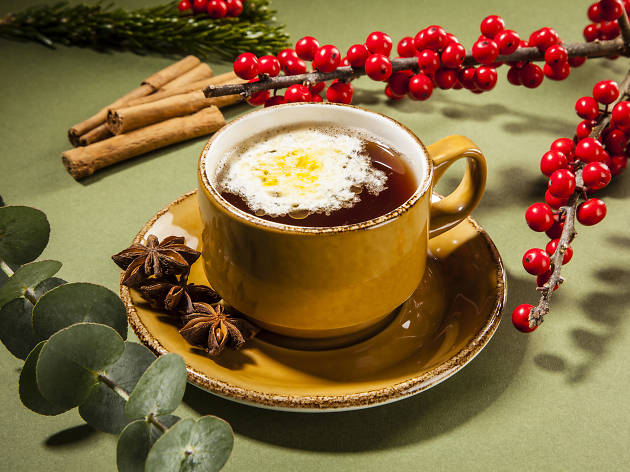 All your Christmasses arrive at once with just one sip of hot buttered sherry from hip specialist Sack in Shoreditch. Served in a coffee cup, it might look like your morning reviver, but it’s as syrupy sweet as toffee apples thanks to a holy trinity of hot mulled cider and two types of sherry. A brandy butter float on the surface keeps your festive calorie count on track. (It’s a far better use of the stuff than topping your aunt’s figgy pudding.) Proof you no longer need to restrict your sherry drinking to swigging from Santa’s glass when it’s left on the fireplace. 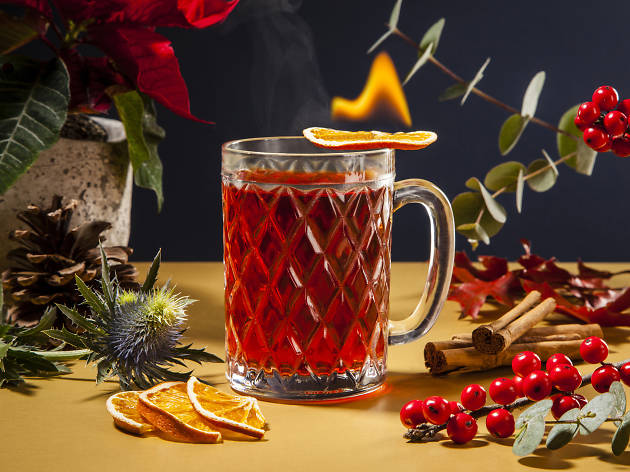 Peckham’s Little Bird Gin is serving its famous two-week barrel-aged negroni with hot water instead of the usual ice this winter. The festive cocktail’s finished with a dash of rosemary syrup for Christmassy vibes and topped with a slice of flaming, absinthe-soaked dried orange as a showstopping garnish. You then have the option of tipping it into the drink for an added hint of burnt citrus flavour (which we heartily recommend). If this warming dream doesn’t get you aglow, grab one of the bar’s hot water bottles, snuggle up and get out-of-your-mind cosy. It’s what the fire emoji was made for. 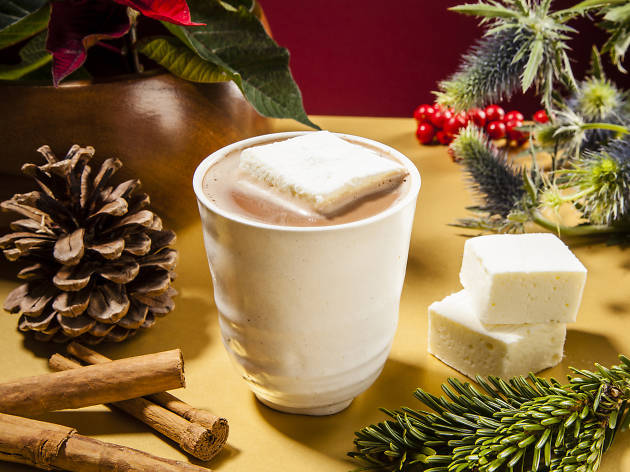 If you ask nicely, the team at Happy Endings add a merry nip of spiced rum, dark rum or chartreuse to their silky hot chocolate formula to make this delectable winter fuel for Spitalfields marketgoers. Spiced rum is our enhancer of choice, with sweet hints of cinnamon and star anise mingling with the four spices used to pimp the marshmallows that float on top. Congolese chocolate packs the first punch, followed by that cheeky rummy afterburn. Blame the market chill for those rosy cheeks.