Bars and pubs, Breweries King’s Cross
Recommended
4 out of 5 stars 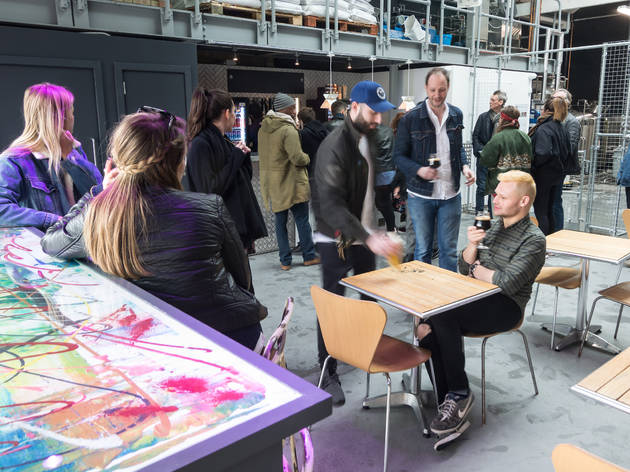 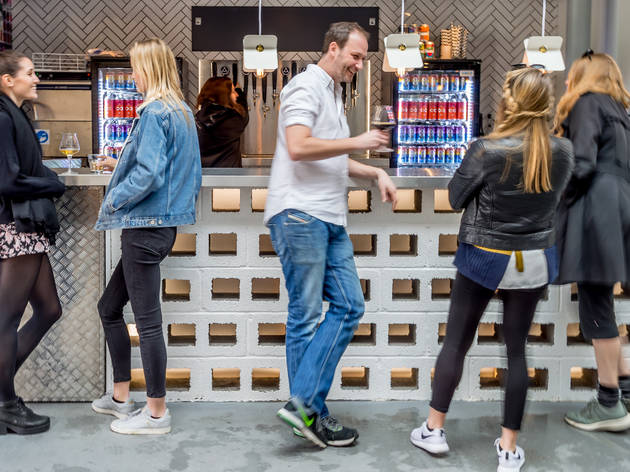 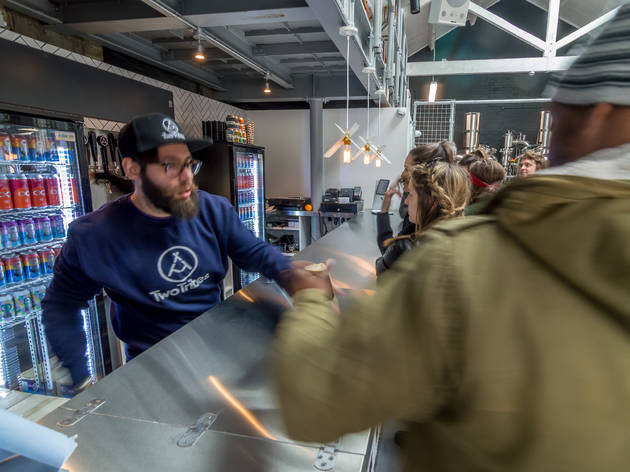 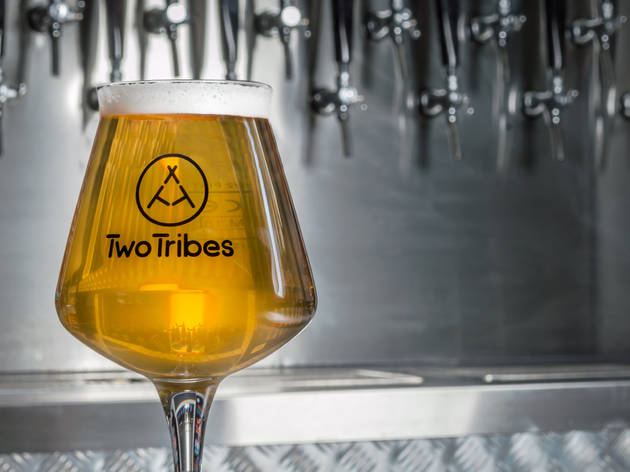 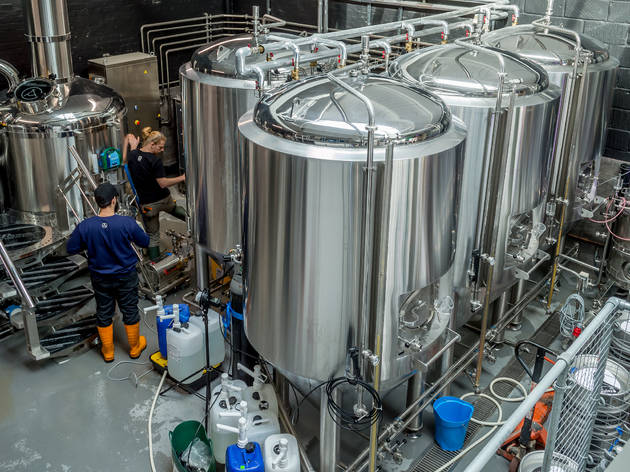 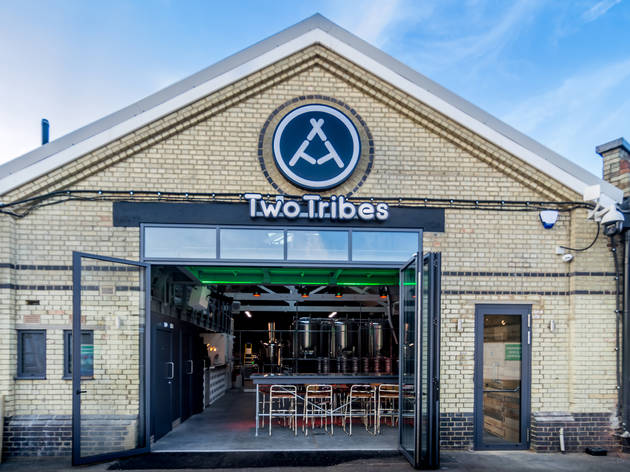 There are two things on the agenda at Two Tribes: brews and tunes. But they make you work for them. The brewery taproom is stuffed so far round the back of King’s Cross, you’ll be hard-pushed to find it. Enter an industrial park, climb some steps, then you’ll reach another complex. Two Tribes is several strides across the way. Your endeavours pay off – these are some of the best sounds and suds in the neighbourhood.

This curious part of town is Tileyard Studios, a collection of offices for creative, music and media types, which seems to have helped introduce an edgy crowd of drinkers despite the hidden location. What also draws in punters – a surprising swell of them at the bar, when I visited after dark – is the live music and DJs providing a soundtrack for this industrial-looking space (it’s as metallic as the inside of a spaceship). The brewery has a canny partnership with Island Records and a pretty pimp soundsystem, too.

That silvery look extends to big brewing tanks sectioned off at the back, where Two Tribes creates its tasty range – a changing selection of which is pouring across 15 taps. That was too many for me to choose from, but luckily a bartender sensed my struggle and offered tasters and a spot-on recommendation for something ‘not too hoppy’, Two Tribes Urban Rye IPA. Meanwhile, the fridges are mightily stocked with cans, as well as Longflint’s clever pre-bottled cocktails (a gorgeously tart hibiscus gin and tonic included). The bar is designed for vertical imbibing, and much of this is done in a courtyard out front – also home to a mobile pizza oven, whipping up decent Neapolitan pies.

If anything symbolises the rising star that is King’s Cross, it’s this buzzy-yet-laidback beer bar, with an atmosphere of its own in the middle of nowhere. Seek out those suds.