Basically, sticking loads of shiny stuff together with a glue gun. Once there are enough sequin braids, feathers and bright colours to pimp a circus tent they are combined to create costumes for the mas parade at Notting Hill Carnival. It's a technicolour fashion-cum-craft-athon.

I'm familiar with the feathers, but what did you call it?

'Mas' comes from masquerade – the mas band from Sunshine International Arts, who run these workshops from their Loughborough Junction base, have been a part of the Notting Hill Carnival parade for over a decade, led by the fantastically creative Ray Mahabir, a designer originally from Trinidad. Every year his costumes which express a different theme, so that the dancers represent a message while they party their way around west London. 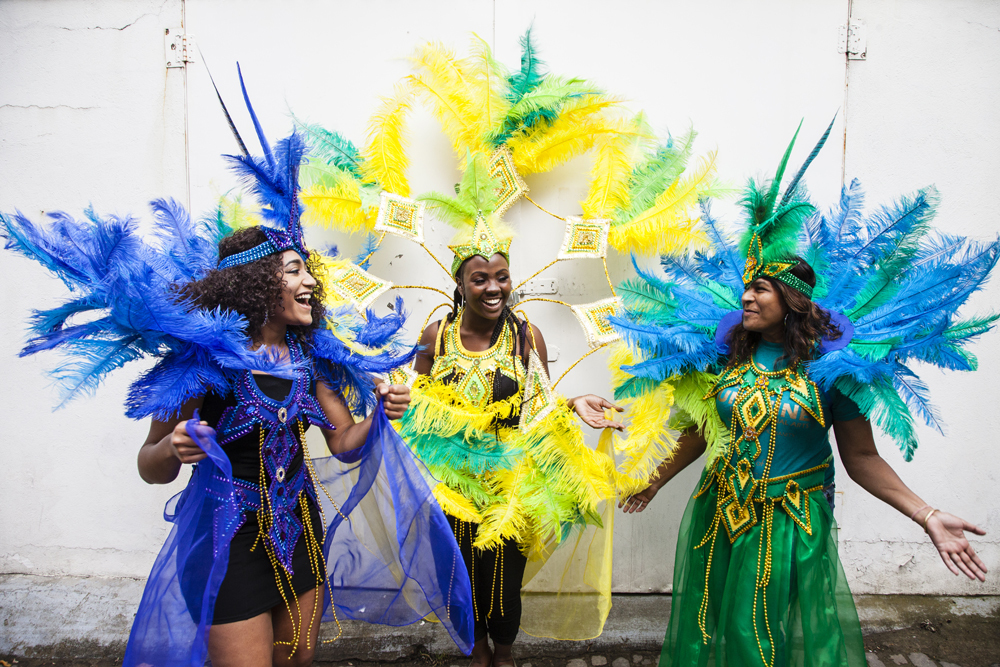 Is their workshop like a drag queen's mind palace?

It's actually surprisingly calm and organised, though naturally there are plenty of impressive headdresses and other accessories to admire, from parades past as well as this year's work in progress. Though if you do want to help out you may end up sporting an accidental feather or two. There are 30,000 of them in the 2016 design, so chances are pretty high.

Especially as I'm not that crafty...

Don't worry if you were the kind of kid that ate the PVA glue; the help required is all easy enough that you can shimmy to the Soca music while you glue. Ray's intricate design are cleverly built from many simple parts, so even the least creative hands can help to create something magnificent. Which fits brilliantly with this year's theme – All Ah We Is One – a feeling of togetherness that follows on from last year's theme of war; the calm following the storm.

Where can I see this masterpiece?

You can visit their arts centre and café Wed-Fri 11am-6pm and 10am-3pm on the first and third Saturday of the month. Or look out for the biggest and brightest mas band in the Notting Hill Carnival Parade.

Sunshine International Arts is based in Studio 5, 209A Coldharbour Lane, SW9 8RU