Field Day festival is about to return to Victoria Park for two days packed full of new music. Here’s our guide to the weekend – follow us for maximum festival fun.

2.05pm Artisanal burger in hand, take things into the realm of ultra-chill R&B on the Fader stage with pop progeny Mabel, who sounds a bit like first-album Jessie Ware. (This is A Good Thing.)

4pm It’s only mid-afternoon but it’s already #shutdown at Field Day. Skepta hits the main stage with an unstoppable flow and the air of a man finally getting the respect he’s due after ten years at the centre of London’s most exciting music scene. Hail to the king.

5.45pm You’re several Red Stripes in and ready for some hntz-hntz. The Black Madonna will deliver, mixing up NYC disco and Chicago house euphoria on the Bugged Out stage. 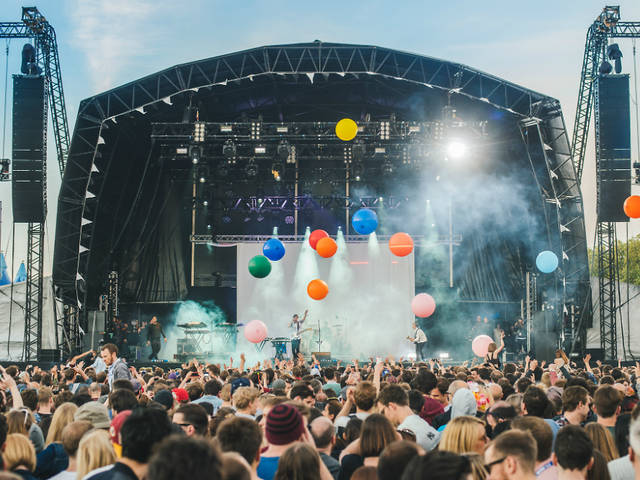 6.15pm Dilemma time. Do you veg out to Floating Points’ incredibly groovy jazz-rock-dance odysseys in the RA tent, or get wavey at the Crack stage with the epically reverbed guitar work-outs of DIIV? Either way, it’s time to feed your head.

8.15pm Wolf down a bao from the Venn Street Market food area, grab a pint of Five Points’ special Field Day pale ale and hotfoot it to the main stage for Four Tet. He played the first festival in 2007 and he’s bringing his brain-tickling, summer-ready electronic music to the main stage once again for Field Day’s tenth edition.

10.15pm Leaving so soon? Not before Metz, you’re not. The Canadian noise-punk trio will give your skull a good rattling before you wobble off past the balloon touts in search of an afterparty.

1.30pm How’s it going? Feeling fragile? If you’re up for it, Formation are well worth dragging yourself down to Victoria Park relatively early for. Catch them storming the Shacklewell Arms tent in punk-funky style.

4pm Another band who played the first ever Field Day, Mystery Jets are back for a singalong on the Return of the Rural stage. This will perk you up no end, especially with a pint in hand.

5.30pm Psych fans, please report to the main stage for The Brian Jonestown Massacre. Anton Newcombe’s notorious San Francisco mob have been on stunning form for the last couple of years, so don’t expect the ramshackle playing and random shouting you saw in the film ‘Dig!’ (well, maybe a little bit). 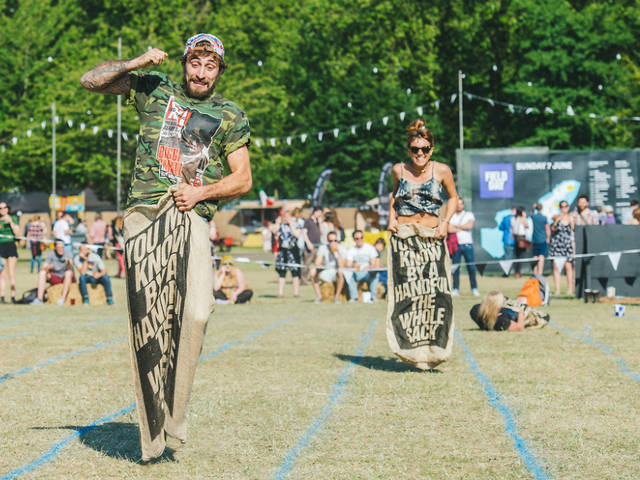 8pm Had enough trippy rock music? Tough – you’ve a choice between the excellent Moon Duo, closing the Moth Club stage, or the downbeat dream-pop of Beach House on the Shacklewell Arms stage. That acid you smoked earlier should be kicking in around now.

9pm You’ve made it through two days of festival madness. Your reward: the glorious return of PJ Harvey, playing her only London show of the summer. Crack open one last Red Stripe and soak up those precious last moments of Field Day bliss. Work is gonna hurt tomorrow morning.