1 Limmy gets about, comically speaking

On his CV Limmy could boast about the 85 episodes of his 2006 ‘World of Glasgow’ podcast, 131 YouTube videos, 58 million Vine loops, an astonishing 29,000 tweets, regular webcam improvs, an Edinburgh Festival Fringe show, two series of his BBC Scotland TV show and a Christmas special – plus now his ‘Daft Wee Stories’ book, a collection of inspired musings about the mundane and the fantastical. He’s also put in guest appearances on ‘The IT Crowd’ and Matt Lucas’s ‘Pompidou’ as well as having a regular slot on Charlie Brooker’s ‘Weekly Wipe’. Polymath? Hardest-working man in showbiz? ‘I think on my passport form I described myself as “entertainer”,’ he says, ‘filling it in, in a Post Office or something. I felt like I should be doing jazz hands when I wrote that, but I don’t do anything else really.’

Back in the mid-noughties, internet users (then still known as ‘surfers’) began sharing a grainy video of a man repeatedly prank calling an unseen young girl with sinister demonic invocations. ‘Hello, is your daughter there? Requiem!’ It was sick, it was outrageous, it was unacceptable… It was fake. People bit, though, and the Limmy legend was born. Since then, he’s been a professional wind-up merchant of the highest order, baiting Chris Brown’s #teambreezy (‘That feeling when you see Chris Brown is trending but it isn’t because he has died :( ’) as well as Caitlin Moran via her husband Peter Paphides (‘I know one thing,’ she wrote, ‘if he doesn’t stop having a go at my husband, he’ll be pissing through a straw’).

3 His BBC TV show won a Bafta, but it seems it might have been considered ‘too Scottish’ for delicate English ears

Scottish comedy has a rich tradition of tickling the English as well, from Andy Stewart to ‘Rab C Nesbitt’ and ‘The Scheme’ (although that wasn’t meant to be funny). ‘Limmy’s Show!’ was deemed by everyone who saw it to be unusually thought-provoking and uncommonly hilarious, but it has never been broadcast south of the border. Do yourself a favour: get the show on DVD, it’s a perfect accompaniment to the book.

But it is a real book – it has words on pages and can be bought in shops. It’s called ‘Daft Wee Stories’ (which translates into English as ‘silly short stories’), and it’s an accurate title: dozens of bite-size tales, which pretentiously might be called ‘vignettes’, but which are far better described as, well, daft wee stories. There’s one about a fake vampire, one about a guy with an eye in his arse. One where nothing happens, one that’s six words long, one that’s upside down just so you look strange reading it. But they are not inconsequential: all make you stop, think and wonder. There’s real intrigue and truth and complexity in every tale – and you definitely don’t need to understand Scottish to love them.

5 He hides horror in comedy and comedy in horror

Depression, madness, psychosis, suicide, murder, marital breakdown, loads and loads of death: it’s all there in ‘Daft Wee Stories’, and you won’t fail to chuckle at any of it. ‘It’s for everyone, but I don’t want people to think it’s just all right,’ he says. ‘I want people to either really like it, or not like it at all.’

@daftlimmy has 154,000 followers. That’s more than Marti Pellow, Leon Jackson and Susan Boyle together. And he treats them all like royalty, stopping in the street to pose for selfies and re-tweeting them all over the place with the self-explanatory hashtag. So if you see him in London before his two live book readings, do say: ‘Hey! Are you that Limmy guy?’

‘Limmy: Daft Wee Stories’ is out now, published by Century. 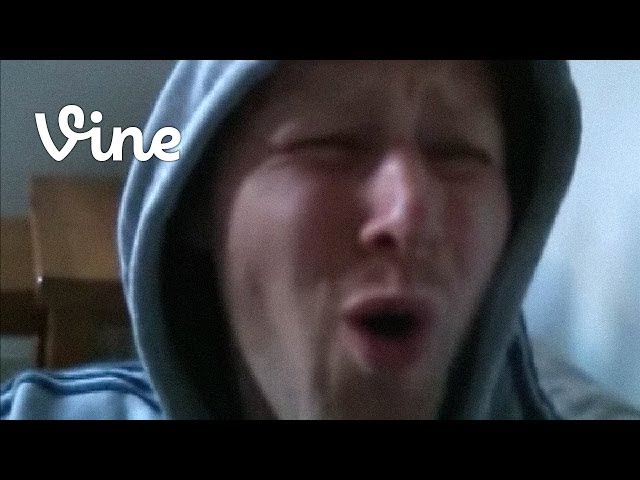