My Account My Profile Sign out
My Account
Search
Worldwide Europe United Kingdom England London Sam Simmons on his award-winning show, getting personal and lazy absurdism

Sam Simmons has long been a champion of the absurd, but in ‘Spaghetti for Breakfast’, he cranks the silliness up to 11. The Adelaide-born comic sings jingles about Laurence Fishburne, wears an iceberg lettuce leaf over his bald patch and receives a phone call from a Ferrero Rocher cold-caller.

But Simmons’s strangeness isn’t just daft for the sake of it. ‘Whimsy, absurd and surreal stuff can be dreadfully unfunny,’ he says. ‘Some people can’t see that. There are idiots who’ll laugh at everything, and then there are people who’ll be like, “Nah, it’s just too weird!”, and they won’t see it’s something that’s actually been heavily crafted.’ How does he feel about being compared to other surrealists, then? ‘It’s a weird basket to be lumped into,’ he replies, ‘because I don’t see it being that weird at all. I see it as funny. And fuck, man, lazy absurdism: I’ve seen some total shit…’

He’s right, though. Simmons’s new show is stupid but never truly baffling. In fact, it’s his most accessible yet. The running theme is life’s little annoyances, or ‘things that shit me’, in Simmons-speak. Tangled extension cords, dropping toast butter side-down, those darned cold calls – they’re relatable observations masked in silliness.

‘I don’t want anyone to be on the outside of a joke,’ says Simmons. ‘I’m not that much of a smartarse. It’s a hackneyed joke to talk about dropping a piece of bread butter side-down, but that’s the point: it’s the gateway drug to the absurdity. And there’s nothing worst than blaming an audience and saying, “They just don’t get it.” Make them get it! I’m genuinely upset when people walk out or get angry about it because at the end of it, it’s just a joyous show, it’s not a nasty show.’ 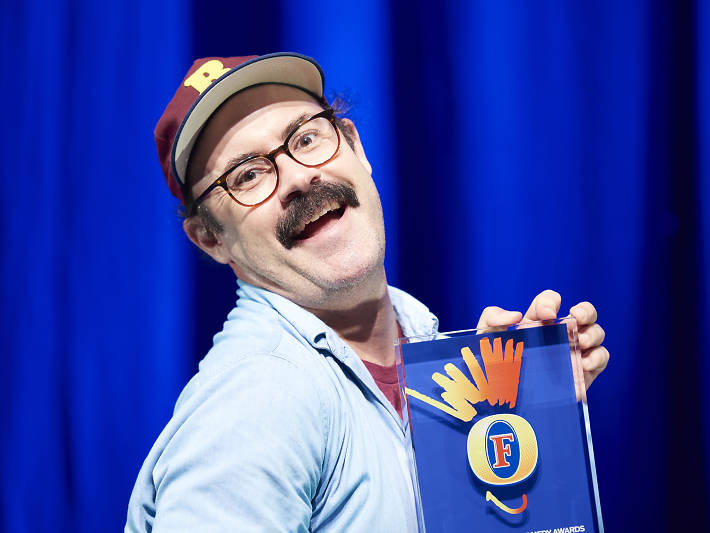 It might all seem frivolous, but behind the nonsense Simmons sneaks in an underlying truth about why his comedy’s so fucked-up. ‘The show’s me trying to explain my head, and why it is like it is,’ he explains. During the show he drops a few stories about being abused as a child.

‘I went and saw counsellors earlier this year before I started writing the show, because I felt incredibly guilty,’ he tells me. ‘I don’t any more, because I did nothing wrong, I was just a kid, you know? I feel pretty disconnected from it now. And it’s definitely not a therapy show, it’s just a couple of stories to give an indicator of what type of absurd abuse it was, because it shaped me so much.’

And he loves performing it

‘It’s the first show I’ve ever done that I look forward to performing,’ says Simmons, and it shows. ‘Man, there are certain things I so look forward to doing, and I really look at the audience then – I’m watching them react.’ He’s already thinking about future shows, too.

‘The idea for next year is to be very still,’ he explains. ‘I really want a fucking monster on stage with me. Do you remember the big blue monster from “The Muppet Show”? He was huge! I want something like that, doing things behind me as I tell a story. I’d love to do something different like that: have a stillness to what I’m doing and slow it down. I’m two years away from 40, and I don’t think there’s anything more desperately unfunny than a physical comedian over the age of 40. It’s like, “Fucking stop that, mate!” I might take a while off, but I want to sit and really write something beautiful. I’m really excited about it.’ 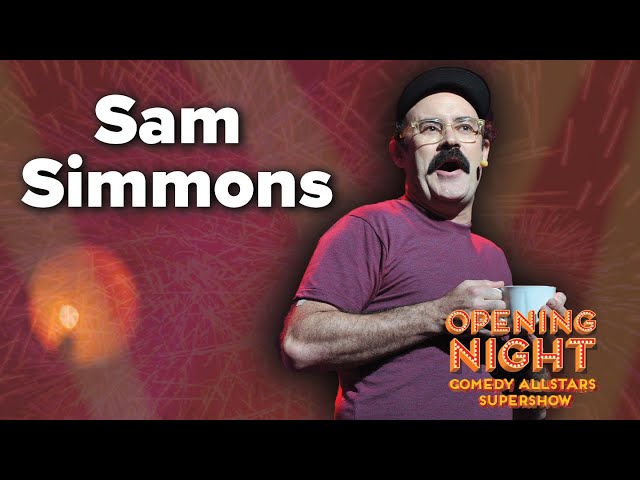