More than a million people live in south-east London but, incredibly, many were starved of movies for years. Until recently, Crystal Palace and West Norwood had no cinema of any kind. Ditto Brockley, Dulwich and Blackheath. The south-east of the capital was like a black hole when it came to film-going. Unless you were willing to travel to Greenwich (for the likes of the Picturehouse) or Peckham (for the cheap and cheerful Peckhamplex), the telly was all you had.

But in the last few years, an entrepreneurial spirit has been awakened to end the drought. Since 2014, a slew of pop-up, do-it-yourself cinemas have sprung up. Most have used multi-purpose public spaces not usually associated with the movies. Some are young, not-for-profit community interest companies. Others are family-run. And three of the majors – Everyman, Picturehouse and Curzon – have followed suit. With more new cinemas planned in the Lewisham area (a Catford site was approved last year), this homegrown breed of indie ‘craft’ cinemas shows no sign of abating, with their owners all insisting that they offer something different and unique.

Jayne Williams, 30, who runs the Rivoli Ballroom in Crofton Park, remembers seeing George Michael shoot a video in her grandparents’ historic venue. But it wasn’t until she returned to the family nest five years ago, after studying graphic design at Central Saint Martins, that she decided to right a wrong and put on a movie night.

‘There’s something about the ballroom, it’s like a scene out of “The Shining”’

‘My tutor had urged us to go to the Prince Charles Cinema [in the West End] to let off steam,’ she says. ‘And it was the old stuff I loved, more than anything. That sense of nostalgia. I wanted to bring that here and try it out for myself. I thought there would be an audience for the kind of movies that I wanted to see. So I thought: Why not turn it into an event?’

Since starting her themed screenings – which have to fit around the ballroom’s hectic schedule (it gets used for filming movies and TV shows like BBC1’s ‘Informer’, as well as private hires and disco nights) – she has put on classics by Scorsese (‘Goodfellas’), Kubrick (‘The Shining’), Spielberg (‘Jaws’) and Tarantino (‘Pulp Fiction’), among others. These crowd-pleasers draw in the locals, especially couples, she says. ‘Coming here for an evening is something a bit different,’ she adds, pointing to the original interiors of the building, which are all perfectly preserved. The cost? A reasonable £12 a ticket.

As a start-up, she began channelling her experience of venue management to get kitted out. First came a rented projector and screen (soon replaced by a permanent one, bought online), then the house PA and additional speakers (upgraded with a professional mixing desk). The outlay wasn’t enormous to begin with – less than £500 – but the movies proved a little tougher to license. All the major studios pointed her to Film Bank Media, which licenses mainstream titles at £100 a pop, or 35 -50 percent of box office takings (whichever is higher), while indie distributors sometimes license on friendlier terms. Yet some classics still remain elusive. 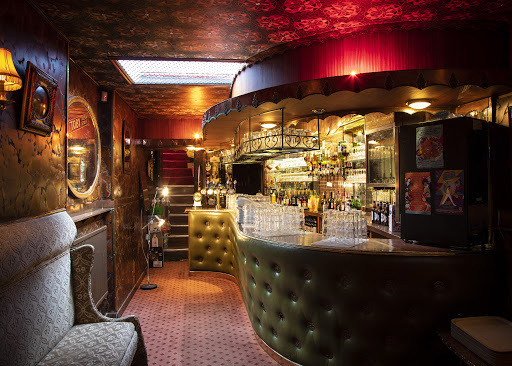 Straight out of a Kubruck film – the bar at the Rivoli Ballroom.

‘I really want to screen “Psycho” – I’m a huge horror fan – but I can’t. You can’t show any Hitchcock,’ she says. ‘And the Star Wars and Harry Potter franchises are also off limits as well. So you have to pick and choose, and plan ahead.’

She’s a ‘one-man band’ at the moment, but plans to expand to venues outside London, now her experiment has paid off. ‘It’s been two years since we started and we still get 60 or 70 people coming every time,’ she says. ‘“The Shining” is still the best, a real staple. When we’ve screened that, we’ve had 400 people turn up. There’s something about the ballroom, it’s like a scene out of Kubrick’s movie. I think that’s why it works so well at night. It’s kind of creepy.’ 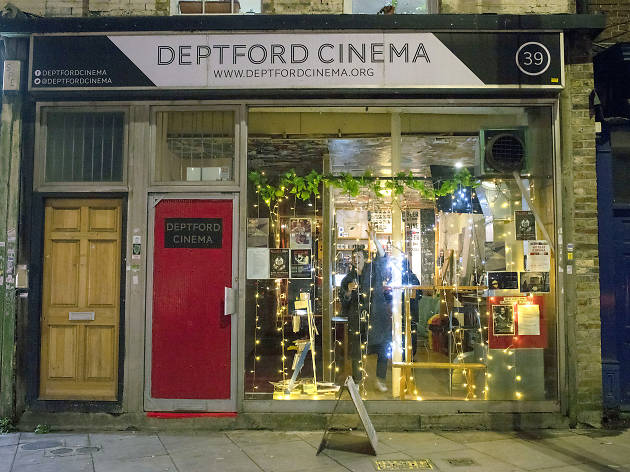 Once a run-down cash-and-carry store, now a fully functioning cinema, gallery and live performance space, Deptford Cinema has been wooing movie lovers since 2014. The local church objected to a proposed screening of ‘The Exorcist’, but counter-programming – such as ‘Battleship Potemkin’ (for an antidote to a royal wedding) and ‘Rare Exports’ (at Christmas) – works a treat. 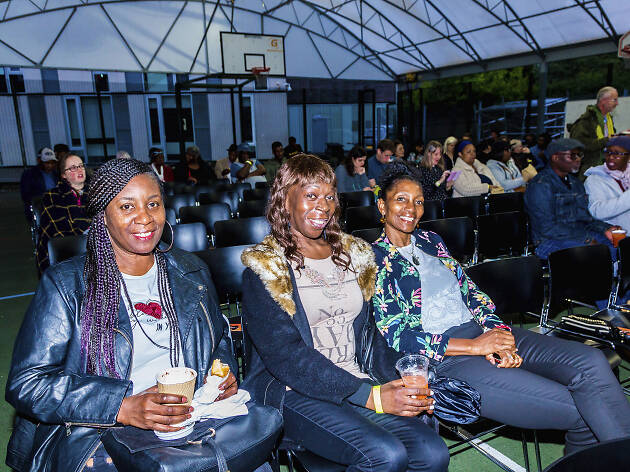 The new, purpose-built Harris Academy is where it’s at for South Norwood’s happy community cinema. Founder Katie Brandwood, 31, drew on her film exhibition background to launch weekly screenings in 2015, reaching out to local groups. ‘The school has kitted out the lecture theatre with screening equipment,’ says Brandwood. ‘It’s an amazing partnership.’ 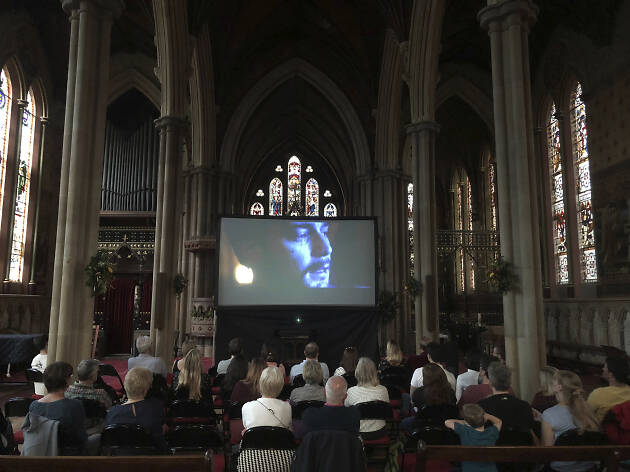 Since January, family-friendly titles like ‘Frozen’ and ‘Gravity’ screen inside Blackheath’s St Margaret’s Church. Founder Oliver Ruff, 39, sought expert help in getting the right gear for screening inside a cavernous church, and uses local businesses for food and beverage supplies. Live music also features before the film. 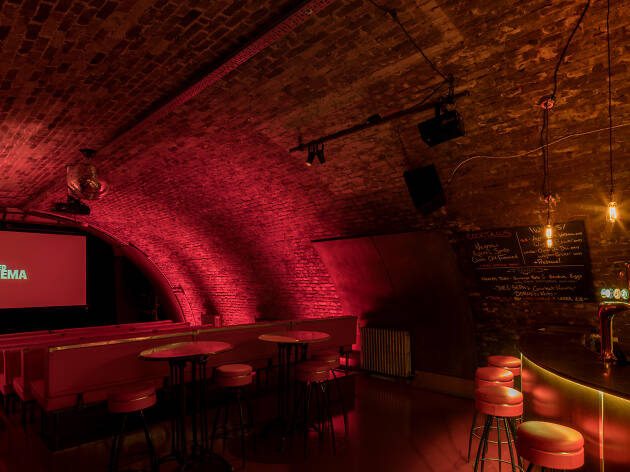 Rob Lindsay, 48, dumped his office job in 2008 to set up his own dream cinema under the Loughborough Junction railway arches – and he hasn’t looked back, creating a private members’ movie club and a lucrative venue for hire. Audiences needn’t be worried about the noise. ‘It’s a freight line, so we don’t get a lot of trains coming over

Membership from £9.99 a month. www.whirledcinema.com