‘It’s incredible to think that Notting Hill Carnival is about six times bigger than Glastonbury,’ says Blaise Bellville, ‘but is barely covered by the BBC. It’s one of the best festivals of black music on the planet and people here – let alone abroad – aren’t recognising that.’

Bellville is on a mission. He’s the founder of Boiler Room, the very excellent music streaming website that started live broadcasting DJ sets from an east London warehouse five years ago, and has since grown into a global concern. Boiler Room’s format is simple: stick a couple of cameras in front of an exciting DJ, MC or musician, and stream their performance live to the world.

It’s caught on in a big way, and now kids anywhere from Moscow to Buenos Aires tune in to Boiler Room broadcasts to catch a glimpse of whatever underground scene they’re currently broadcasting. This August, the Boiler Room team are finally going to fulfil a long-term dream – broadcasting live from the heart of Carnival.

Everyone who works at Boiler Room goes every year and gets really excited,’ Bellville enthuses. ‘Half of our events are trying to emulate the feeling of Carnival, where the DJ is surrounded by thousands of people, records are being rewound, the crowd are singing the chorus when the volume gets pulled down. That chaos and energy is absolutely what Boiler Room searches for.’

As Bellville points out, previous coverage of Carnival has been so perfunctorily predictable you could base a drinking game on it. Footage of a red-faced copper getting twerked on: drink. Cheeky close-up on a mas dancer’s bum: drink. Wildly sensationalist reports of ‘gang warfare’: finish the bottle.

‘It’s always framed in terms of crime and cost and clean-up problems,’ says Bellville, ‘or just as this heritage event. Traditional broadcasters aren’t cut out for it – getting right into the thick of a soundsystem, right into the crowd where you’ve barely got room to move, where kids of all ages are drinking and dancing – it’s not the environment of a traditional broadcaster. But for us, it’s what Boiler Room was built on.’

This year, Boiler Room has arranged to broadcast live from nine different rigs over the course of the weekend, covering everything from the conscious spiritual dub of Aba-Shanti-I to the notoriously rowdy Rampage, who represent the cutting-edge of UK street sounds. It’s the kind of in-depth, music-first coverage that Carnival has never received, and Bellville hopes that this is just the start.

‘Our role is to provide broadcasting that is long-term, that gives Carnival the recognition it deserves and it needs,’ he says. ‘We don’t want to change anything about the event; we want to change how the outside world perceives it, how the press, the punters, the residents and artists around the world perceive it – Notting Hill Carnival should be celebrated as one the most important contemporary black music events in the world! It should be shouted about with pride!’

Head to Time Out's Facebook page over the weekend for live streams of Boiler Room's coverage. 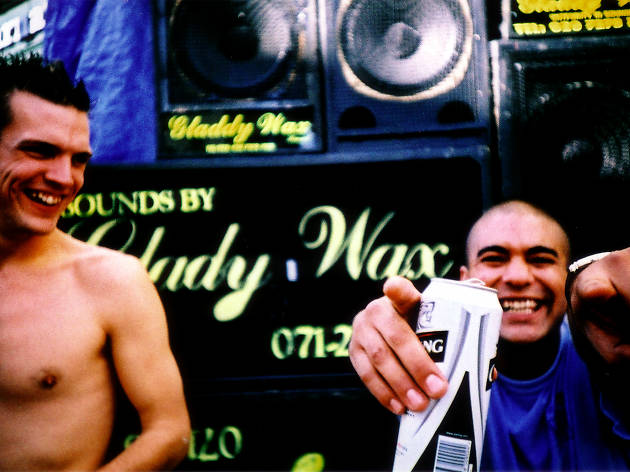 Notting Hill Carnival 2016 is soundtracked by 38 official static soundsystems, pumping out everything from chest-rattling dub riddims to samba-sonic Latin music and Caribbean Carnival anthems. Check out our alphabetical list below, locate your favourite and get down early to grab a prime spot for raving.