m.A.A.d City – The Kendrick Lamar Party
Following his February stop-offs in London, K-Dot is back in the maad city. Well, sort of – it’s another instalment of the semi-regular night near Old Street beholden to all things Kendrick, with 1Xtra dons CJ Beatz and DJ Cable spinning tunes dedicated to the King. Trapeze Basement.

Love Supreme at the Roundhouse
A spin-off of the ace annual Love Supreme festival, this Camden one-dayer promises jazz, funk and soul by the pound. Three stages of music, talks, screenings and DJ sets run through the day, featuring Mr Jukes, Cory Henry & The Funk Apostles, Elli Ingram and more. Then, hopefully in a return to the venue’s ’60s roots as a bohemian rave shed, an afterparty runs till 3am, helmed by Tim Garcia and Henry Wu. Roundhouse. 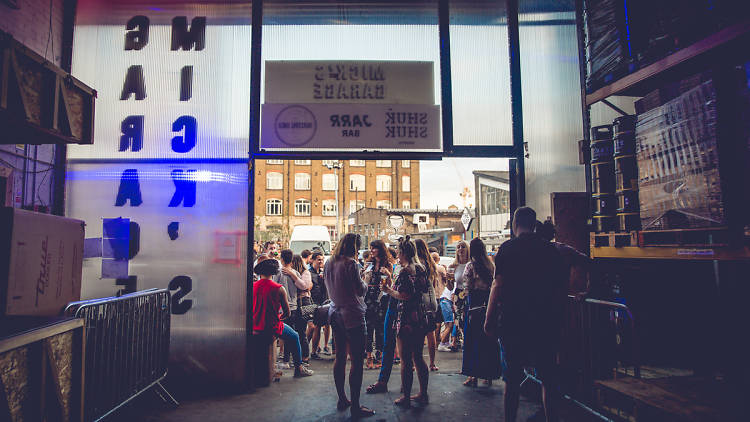 The Queen’s Yard Summer Party 2018
More than 50 excellent selectors are set to play over a whopping 14 venues across Hackney Wick this weekend. The selection of spots is as dizzying as its line-up: one wristband will get you and your pals into a terrace, taproom, boat and a deli. Plus, there will be a load of food and bevs to keep you fuelled for 18 hours of adventures. Various Hackney Wick venues.

Little Gay Brother
LGB is back at Omeara for another all-you-can-eat buffet of madness and hilarity. This voluminous party always lays on the good times thick – thanks to their gaggle of hosts and dancers, who are known for vibing a crowd while casually strutting on a travelator. Oh, and their promise of an ‘ENORMOUS SPECIAL GUEST DJ’ should whet your sonic appetite (and pants) with excitement. Omeara.

Cuttin Headz
The last few years has seen various London venues closing their doors, so it’s ace to see a new place to dance. Old Fountain Studios in Wembley – which previously hosted TV and film productions – is being converted into a music lover's paradise, with 85 lasers to reach for and house headliners The Martinez Brothers. Old Fountain Studios.