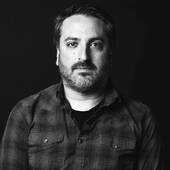 Already a smash hit in the US, all eight episodes of ‘The Bear’ have finally arrived on Disney+ in the UK and Ireland. The FX dramedy, set in the kitchen of a blue-collar Chicago sandwich shop and starring the about-to-be-huge Jeremy Allen White, has generated a tonne of buzz since its first dropped on Hulu across the Pond.

Created by Christopher Storer, it centres on an up-and-coming chef who inherits his family’s struggling greasy spoon following the sudden death of his brother. It’s earned critical raves for its breakout cast and sharply observed writing, which manages to convey a lot about grief and masculinity despite dealing with some not particularly articulate characters. And it’s already been renewed for a second season.

So if you want to keep up with the zeitgeist, you’ll probably want to jump in as soon as it lands on the streamer. And if you’re wondering if it’s worth the four-hour investment, here are the five best reasons to watch.

First and foremost, ‘The Bear’ heralds the arrival of Jeremy Allen White. Okay, perhaps that’s a weird thing to say, given that he just wrapped up a ten-year stint as a lead on the US version of Shameless. But in his first true star vehicle, White shines as Carmen ‘Carmy’ Bezatto, aka Bear, a hot-shit young chef with hypnotic eyes and a wounded demeanour. White spent two weeks in culinary school to prepare for the role, and apparently that’s all it took for him to absorb the essential nature of the archetypal talented-but-tortured food genius. He gives off a smouldering ‘young Nic Cage minus the insanity’ vibe, and it feels like only a matter of time before he leaps from Emmys to Oscars.

2. The rest of the cast is great, too

The Bear is ultimately about a dysfunctional makeshift family, and the chemistry of its ensemble cast is palpable. As Richie, Ebon Moss-Bachrach – best known as Marnie’s annoying musician boyfriend Desi on Girls – is the yelling, swearing yin to Carmen’s quietly pained yang; the two call each other ‘cousin’ and bicker like brothers, but they’re not actually related. Newcomer Lionel Boyce exudes lovable charisma as aspiring baker Marcus, while playwright and longtime TV bit player Liza Colón-Zayas bristles as Tina, one of the kitchen’s prickly veterans.

The other major breakout is Ayo Edebiri as Sydney, a recent culinary school grad. Like Carmen, she has a sentimental attachment to the restaurant, but her training in fine-dining also chafes against the old guard chefs in the kitchen. Previously a writer and voice actor on Netflix’s Big Mouth, Edebiri is a revelation as her character emerges halfway through the season.

Oh, and there’s also the great Oliver Platt in a recurring role as Carmen’s intimidating but caring Uncle Jimmy, whose wealth has secretly kept the business afloat and who is looking for a return on his investment.

3. The setting is raw and authentic

Why aren’t more TV dramas set in restaurants? It’s a naturally high-stress environment, which ‘The Bear’ takes full advantage of, with scenes of chaotic, overlapping, usually screamed dialogue and frenzied camerawork. It’s anxiety-inducing, for sure, but a lot of the best television recently – ‘Succession’, ‘Better Call Saul’, ‘Barry’ et al – practically requires a Xanax to get through. And then there’s the fact that it’s in Chicago. This makes it a lot more believable when, say, the staff yell ‘fuck!’ at each other in full view of the customers, or when Richie fires a gun in the air to quell a bunch of rambunctious cosplayers lined outside the restaurant for an arcade game tournament.

The music in The Bear is defiantly dad-rocking, which turns out fits the shows working-class Midwestern vibe like a beat-up flannel and a pair of Skechers. The first episode begins with the tense churn of ‘New Noise’ by the ‘90s punk band Refused and ends with Pearl Jam’s ‘Animal.’ Counting Crows, Wilco, Genesis and the late-period REM ballad ‘Oh My Heart’ all pop up at various points as well.

You can’t do a show in a Chicago sandwich shop without showing us close-up shots of sizzling beef and pots of spicy Italian giardiniera, and ‘The Bear’ is happy to oblige. The camera lingers over boiling vats of sauce, piles of chopped onions, decadent chocolate cake in the process of getting zested with orange. The flashbacks to Carmen’s fine-dining days, in which he delicately plates unidentifiable vegetables using tweezers while getting berated by Joel McHale, only serve to make the restaurant’s juicy, greasy, decidedly indelicate meals appear even more mouth-watering. Prepare to tuck in.

‘The Bear’ is on Disney+ in the UK and Ireland now.

The 51 best food-on-film moments of all time.

The 25 best Netflix original series to stream in the UK.