Since it opened in 2018, The Cause has welcomed thousands of Londoners through its doors. As it gears up to host its final party, we look back at its brief but heart-warming history.

‘It’s intimate and grimy, but in all the right ways,’ says Michelle Manetti, Adonis resident DJ and regular party-goer at The Cause. ‘It’s raw, cool, unadulterated… It’s hard to put into words.’

The Cause is a gritty music venue in north London, just a three-minute walk from Tottenham Hale tube station. Although it started as a 400-capacity nightclub in 2018, it swiftly grew into a sprawling labyrinth of rooms, dancefloors and outdoor courtyards. And when pandemic measures prevented indoor venues from opening for the best part of a year, it was a saving grace – for the first time in months, London’s dance-music and queer communities had somewhere to go.

Now, a new residential development is prompting its founders to shut The Cause’s doors for good. But the closure is far from a defeat: it’s a triumphant win, a final blow-out for the thousands of revellers who have danced, sweated, cried and laughed under the venue’s roof. As the countdown to The Cause’s last party begins, we look back at its rollercoaster of a ride.

It was late 2017: a bleak time for clubbers in the capital. Venues were shutting down and the news was awash with stories about the ‘death of London’s nightlife’. The Cause co-founders Stuart Glen and Eugene Wild had each been running under-the-radar parties in warehouses and on boats, before stumbling across the Ashley Road site in late 2017. At that point, The Cause was an empty car-repair garage: a big tin shed screaming to be filled with a rumbling sound system. Glen and Wild got the keys in January 2018. Then it was time to get into gear.

It was a massive gamble. At that point, Tottenham wasn’t exactly known for its club scene. Glen and Wild didn’t have stacks of cash for fancy production and they didn’t have a licence. ‘Our idea was to build studios upstairs to facilitate running a club without much money,’ says Wild. ‘We reused materials we found in the building, which contributed to the DIY aesthetic.’

Bits of scrap metal became the fascia of the bar. Eucalyptus floorboards found on Facebook marketplace became the walls of the toilets and junk was used to create the now-iconic caged DJ booth. Friends from the DIY party scene built the custom Core sound system. They called in favours and did a fundraiser for the rest, raising five grand out of their target of £25k.

Somehow, it came together. ‘The idea was to create a space to support underground culture,’ says Glen. ‘We did it. Despite opposition from the police and council for a 5am licence, we managed to get one. By that point, it was all systems go.’

Getting the party started

The Cause opened on April 25 2018, with electro-heavy selector Adam Shelton and genre-hopping DJ Voigtmann on the decks. ‘It was a small, niche thing,’ says Glen. ‘But people liked the vibe.’ Within five weeks, it had transformed from a single-room club to having five sound systems. They added speakers to the front and back yards, created a second room (now the Garage) and rented out a barber’s shop to create another dancefloor.

Soon, it gave birth to Adonis, an iconic monthly queer party now known all over the world. The club has hosted Keep Hush, a collective showcasing jungle, D ’n’ B and breaks DJs. Cult names like house pioneer Derrick Carter have played, as well as The Blessed Madonna, Four Tet and Daniel Avery. And it’s not just electronic stuff – in the last few months, The Cause has hosted an Abba vs Fleetwood Mac party, Boiler Room festival’s jazz programme and a reggae night.

An important part of The Cause’s identity is its mission to raise money for charity. When they first opened the doors, Glen and Wild set a target of raising £25,000 – initially partnering with mental health charities, like Mind in Haringey and CALM. Since then, they’ve raised more than £150,000, with huge dance music names like Bicep and Shanti Celeste chipping in to play free shows. ‘Jamie XX has been an absolute legend,’ says Glen. ‘His agent rang up and said “Jamie wants to do a fundraiser because he likes the club.” He’s done three or four shows with us for charity.’

When The Cause threw its first birthday party in May 2019, it didn’t reveal the line-up. It still sold out. ‘It was a turning point,’ says Glen. ‘We realised people were coming for the club.’

Then the pandemic happened. Jobs were lost, clubs were boarded up. People had to come to terms with the fact that they wouldn’t see a dancefloor for a long time. Some venues shut down for good, and The Cause was struggling.

‘We were suddenly paying about four times as much rent, because we’d doubled in size just before lockdown,’ says Glen. ‘We were close to closing.’ Unsure of their fate, they negotiated with their landlord and launched another crowdfunder to stay afloat – raising around £45,000. Then, in July 2020, it was announced that outdoor venues could reopen.

It was a big moment. One that people had longed for. Going out was back (if a little different). ‘We decided to go for it,’ says Wild. They bought loads of German beer tables and created Costa del Tottenham: an alfresco space for socially distanced events, where Londoners could come to eat, drink and listen to music. The demand was immense.

They took on another space round the corner at the Cannon Factory, where Adonis launched a run of rowdy open-air drag and cabaret shows called Touché. ‘Being in a space among other queer people and watching something queer, in a time that felt very repressed, was so important,’ says Manetti. ‘We’d been locked up for so long. It was the saving grace of lockdown.’ Similarly, drag star Bimini Bon Boulash told Time Out that performing at Touché saved them. ‘It gave a lot of queer people jobs,’ they said. ‘It’s really special.’

When restrictions were pretty much fully lifted in England come July 2021, The Cause’s parties had come back bigger, better and longer. Events now last up to 20 hours – starting at 10am and finishing at 6am – with all rooms at full pelt, stacked with different DJs, crowds and hosts.

But with a return to drug-taking and partying, the risks associated also returned. Shortly after The Cause reopened as a club in July, a 21-year-old man called Bill died after taking drugs there. The venue was plastered over the news and management agreed with the police to shut its doors for a while. ‘I was distraught knowing that someone’s life had been lost,’ says Glen. ‘Unfortunately, people do take drugs. If you can get them into prison then you can get them past security in a club. It was just tragic.’

The neighbours are moving in

In November, The Cause announced on Instagram that it would throw its last-ever party on New Year’s Day. The comments filled up with broken heart emojis and comments like ‘I’m not fucking leaving’ and ‘I’m not crying, you’re crying.’

The road had become one big development site, with new flats next door ready for residents to move in. ‘We knew it was going to happen,’ says Wild. Instead of becoming a neighbourhood nuisance, it was time to bow out. ‘Hopefully we’ll encourage developers with empty buildings to give their spaces up for interesting projects,’ says Glen.

The knock-on effect will be felt by the entire clubbing ecosystem. Around 60 to 70 artists play each weekend, with 30 security, bar staff, management and everyone in between.

What The Cause has achieved in its short, and Covid-interrupted, life, is phenomenal. ‘It would never have been a sensible choice,’ Glen admits. ‘When I told people I was opening a club, everyone thought I was mad. Everything was stacked against it. The Cause wouldn’t have happened without so many people pouring their heart and soul into it.’

As for the future? Glen and Wild hope to have a proper new venue open by next summer, probably with pop-up events in between. They have the Ashley Road site in Tottenham until March 2022, so they might flip it into a food-and-drink operation or hire it out.

The last party at The Cause as we know it is a double whammy, with a night-and-day blowout called ‘Goodbye Sweetheart’ on New Year’s Eve, followed by Adonis’s final party at the venue on New Year’s Day. ‘We’d prefer to end on a high, rather than piss everyone off [in the new flats],’ says Glen. ‘We’re trying to work out how long the New Year’s celebrations will go on for, before we get into trouble.’ Needless to say, there’s going to be a lot of emotion on the dancefloor. 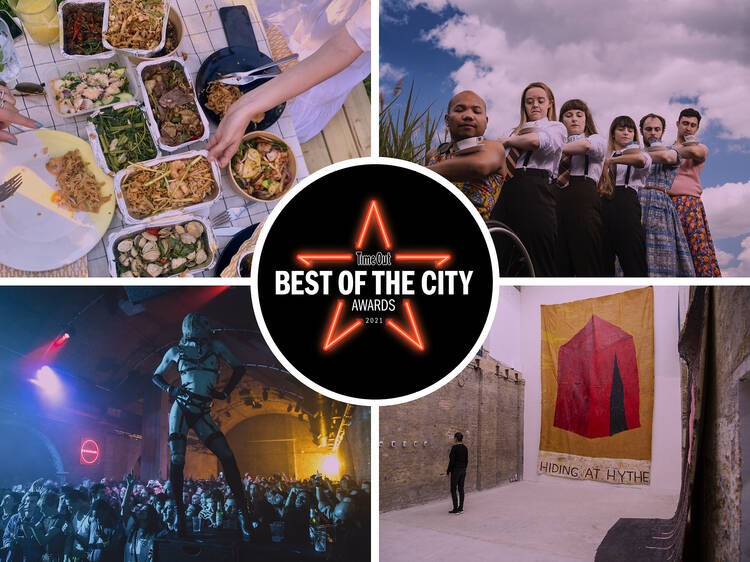 Time Out London’s 2021 Best of the City award winners

We’re announcing our Best of The City award-winners for 2021. Expect the pop-up nightclub that became the saviour of electronic music in lockdown, a brand-new queer music festival, an old gallery that’s come back to life, an amazing family-run Thai restaurant, exhibitions, theatre shows and some brilliant sustainability initiatives.