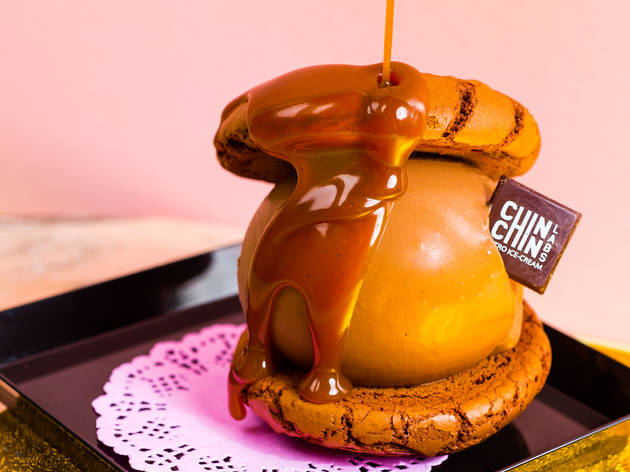 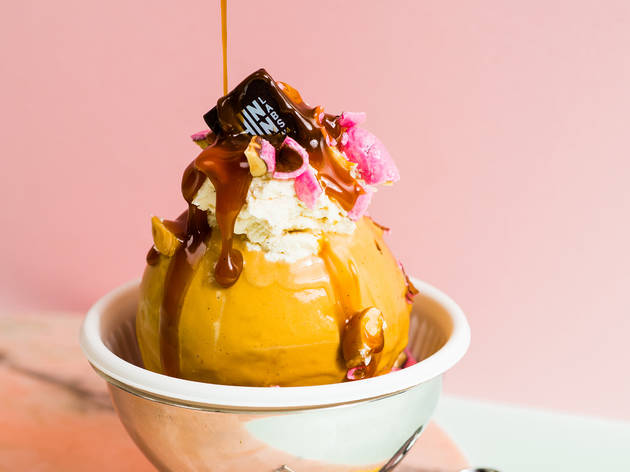 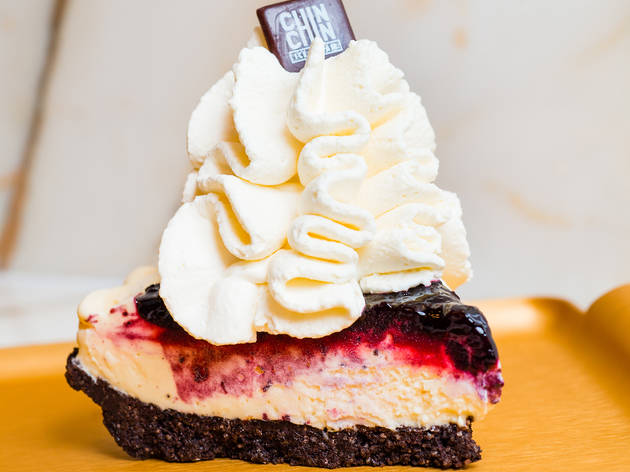 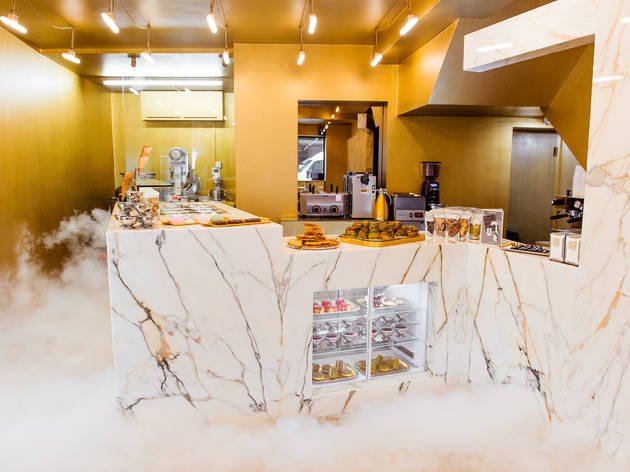 A second proper shop from the ice cream experimentalists.

Ever dropped a pill in an ice cream parlour? Well, if you’re looking to experiment, get yourself down to Soho’s Chin Chin Dessert Club, where they’ve invented a ‘miracle’ sugar-free grapefruit ice cream cone that tastes super-sweet after you pop a special pill. Wacky, right? But it’s the kind of thing we’ve come to expect from Chin Chin – aka, the Willy Wonka of the ice-cream world.

Chin Chin uses liquid nitrogen to freeze its ice cream to order, and the air in the original Camden shop is thick with gas. Things are a bit less theatrical at this Soho branch, as all the freezing is done at the back of the shop – but it’s still very ostentatious. One wall of the small space is gleaming white marble; while every other inch of the place is painted bright gold – including a bizarre, bleacher-style bench that juts out into the centre of the room. You perch here to eat your dessert (not just ice cream, mind – Chin Chin are billing this as ‘London’s first dessert-only restaurant’). And there's some seriously elaborate stuff going on.

The most extraordinary thing I ate was an ‘avocado taco’ – a beautiful little wafer ‘taco’ stuffed with smooth, rich avocado ice cream and topped with sharp yuzu cream. What was brilliant about this was that the wafer actually tasted like a taco – rich, savoury and fantastically moreish. Other winners included a killer burnt butter caramel ice cream and a vegan raspberry sorbet so super-silky you’d never guess it was dairy-free.

Weirdly, one disappointment was that pill. Served in a convincingly clinical plastic cup, popping it felt deliciously illicit – but the results were a bit of a letdown. Honestly? My sugar-free grapefruit ice cream tasted better pre-pill; post, it was unpleasantly synthetic and cloying. What Dessert Club tells us is that things are sweeter when you’re sober. A boring metaphor for life, if ever there was one.