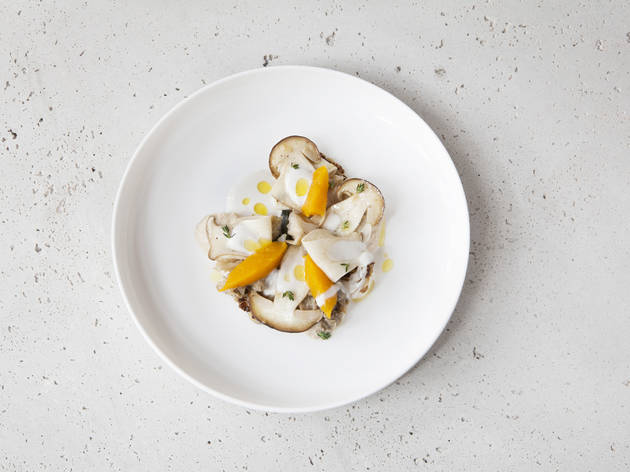 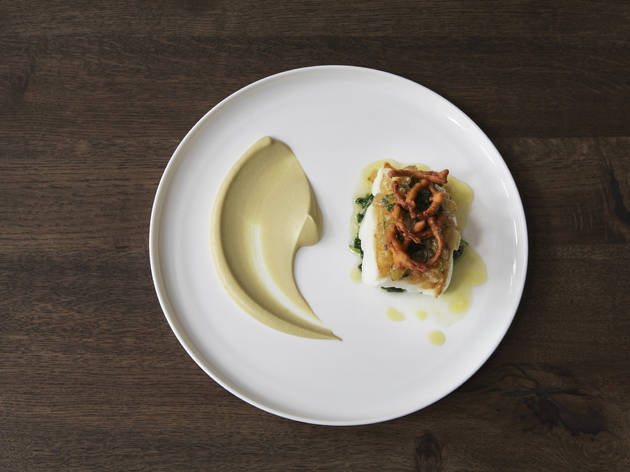 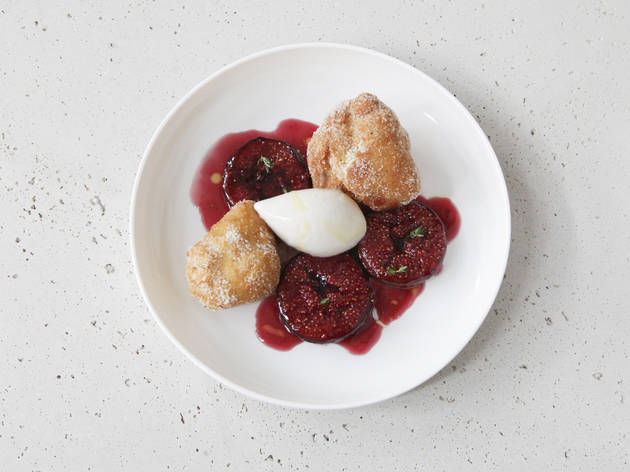 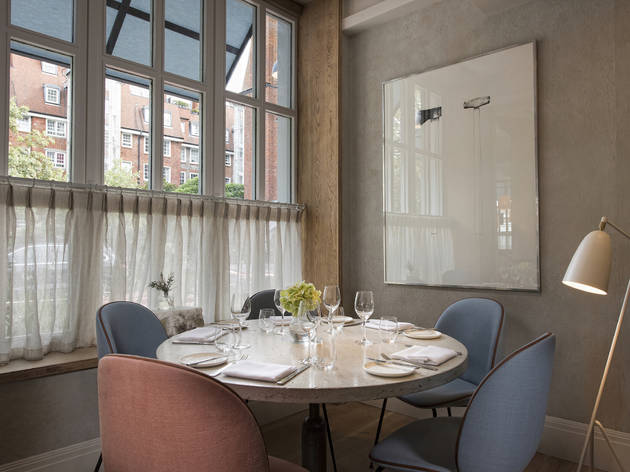 A sleek modern European spot from The Square’s Phil Howard.

Phil Howard’s Elystan Street is a good restaurant: of that there’s no doubt. What it’s not – in a food city as progressive and egalitarian as London c.2016 – is exciting. Don’t get me wrong; this kind of high-end modern European fare – meticulously presented in warm, low-lit surrounds – is hard to fault, but it’s also tough to peg who it’s really for, bar the deep-pocketed denizens of Chelsea. Service was too perfunctory to be memorable or make this a ‘special occasion’ destination restaurant.

The food is objectively delicious though, with a starter of calf’s sweetbreads with autumn slaw its immaculate apex; creamy, yielding offal topped with toasted almonds and crunchy poppy seeds, an earthy hum ever-present from truffle and shaved artichoke.

Next, a plate of pata negra cheek and pluma may have been puckeringly rich, but also came with a bitter chapstick-smear of grapefruit, a god-given respite from all the salt and jus; while a mallard dish saw perfect pink flesh flounced on a cloying bed of squash, and a gamey little parcel of leg meat. To end: a sharp ball of lime-flecked passion fruit ice cream, exactly what was needed after all the soporific heaviness.

But my god, the price – dinner for two with a single glass of house red pipped £160, and for that reason alone this place feels like an anachronism. But hey, I’m a millennial, and I sincerely doubt Howard or his ruddy, blazered clientele mind much.

Elystan Street will almost certainly be Michelin-starred in a year’s time (Howard’s alma mater, The Square, had two stars, and those twinklers always follow the chefs, despite the official line) – so who’ll be laughing then?

Elystan Street says
The new restaurant from chef Phil Howard, formerly holder of two Michelin stars at The Square. Elystan Street will have a different approach to The Square – the same exacting standards of cooking, but a more relaxed dining experience. Expect pure, clean, light dishes full of vitality and flavour.