If you don’t like the mouth-numbing sensation of Sichuanese cuisine, you might want to think again about going here. But if you do: boy, you’re in for a treat.

Facing Heaven is the reborn Sichuanese food concept from LA chef Julian Denis. Tucked on a corner around the back of Mare Street, it’s an unassuming, nameless shopfront only minutes from Denis’s previous gig: the cult, hole-in-the-wall-sized Mao Chow, which closed its doors last month.

With black-and-white chequerboard flooring and low neon lights reflecting off every surface, Facing Heaven serves up the perfect dose of divey coolness and Hackney hipster comfort. Before we get stuck in, it’s all vegan. That means no prawn toast or beef chow mein. But it doesn’t mean granola-mum buckwheat salad or kale chips and houmous, either.

The place is named after the Sichuanese ‘facing heaven’ pepper, and once you see the (charmingly makeshift at-home-printer) menu, it’s easy to understand why. Chilli is everywhere. Fusing influences from Cantonese, Yunnan and Shaanxi cuisines and playing with typical vegan ingredients like cauliflower and tofu, it’s the type of menu that will make you want to over-order and feast. It all just sounds so good.

To nibble, my pal and I ordered the dusted tofu skin – a plate of light, abstract-looking crisps with a fermented soy and scallion sauce. The skins fizzed and melted in my mouth with hints of onion and cheese, acting as a brilliant plant-based alternative to prawn crackers. The two pieces of shiny, chewy, Cantonese ‘beef jerky’ were slightly less impressive, with a texture that was verging on rubber.

But it turns out that surprising textures is sort of what this place is all about. The small plate of potato salad and wild garlic dressing – made with matchstick cuttings of raw potatoes and topped with thin seasoned crisps – was crunchy, numbing, and far less starchy than normal. It could certainly give coleslaw a run for its money.

The large sharing plate of crispy Chongqing cauliflower, an interpretation of the regional chicken dish, sat on a menacing plate of dried red chillies. Although less sticky than the classic, the flavours were daring and delicious, and I soon found myself picking up crumbs with my chopsticks.

The chilli dumplings, slathered with oil, chives and crushed garlic, were slightly undercooked, but tasty nonetheless. The dan dan noodles topped with peanuts and cucumber slivers also arrived tough, sticking together in one colossal, noodly mass. It’s just as well that the Sichuan sesame sauce was punchy enough to enjoy them as they were, with the nutty heat dancing on my tongue long after finishing.

After all of that, we somehow had space to squeeze in dessert. We ordered the retro-inspired Hong Kong french toast: a stack of sliced white bread stuffed with lashings of peanut butter, drizzled with a caramel sauce of (vegan) condensed milk and malt powder and topped with a melting knob of (vegan) butter. It was a comforting bomb of sugar and sweet, and so large that even sharing it between two it was impossible to finish.

The whole experience was sort of like being hit over the head, or falling down the stairs – but in a weirdly good way. Facing Heaven’s food is creative and loud, it doesn’t hold back. The intensity of the Sichuan pepper and chilli, the extreme savoury and then the maddening sweetness of dessert – followed by an unexpected disco light show in the loo – was a sensory overload. An overload that I didn’t know I needed, and that I’ll definitely be heading back to for more.

The food Vegan Chinese. Small plates, big plates, and a hell of a lot Sichuan pepper.

The drink Baijiu cocktails, natural wine and craft beer. It’s right next to London Fields, after all.

Time Out tip Go to the loo and have a dance. It’s a real disco. 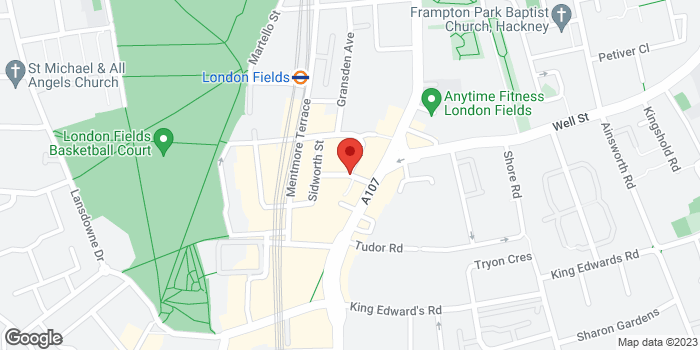