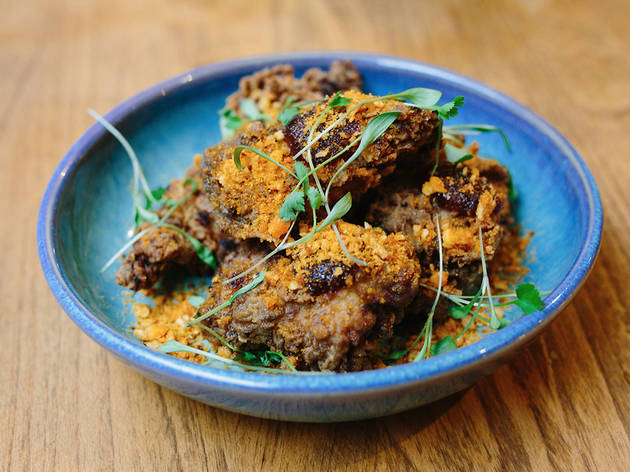 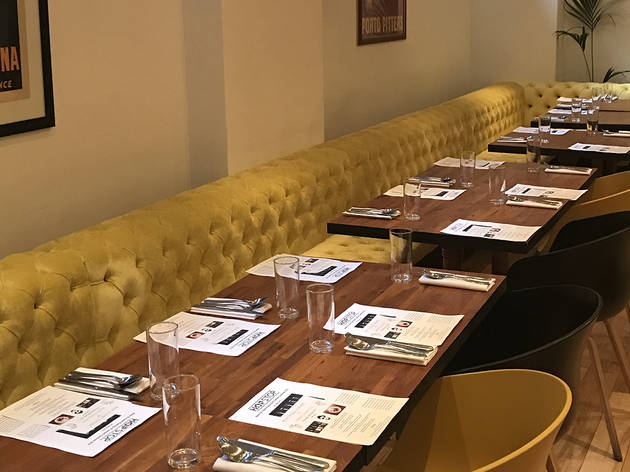 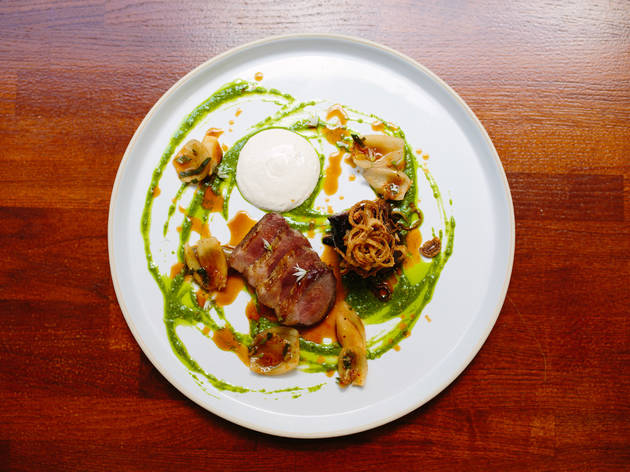 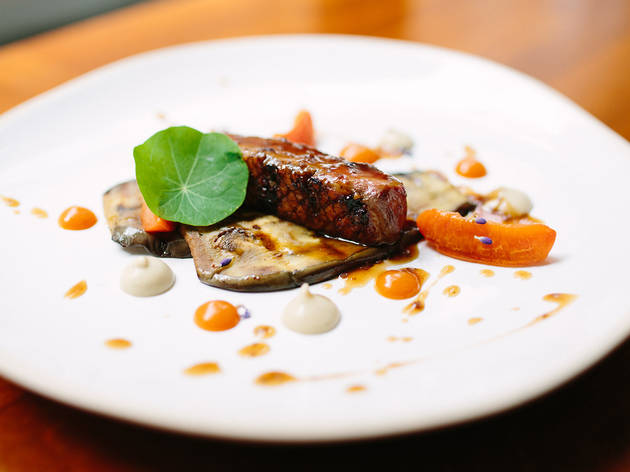 A smart-casual City spot and the first permanent opening by an ex-Ledbury chef.

Since this review was published, James Cochran has moved to a new restaurant, 1251. Time Out Food editors, September 2018.

Bevis Marks: a peculiarly named street on the eastern edge of the City, full of ugly offices and dingy sandwich bars, but also home to the country’s oldest synagogue – and a much newer arrival, the first permanent restaurant under the aegis of one James Cochran. After five years at The Ledbury and a residency at BYOC in Soho, he’s picked the Aldgate/Liverpool Street interzone to put his name over the door.

James Cochran EC3 is a light, spacious sort of a place, with big round tables and some harmlessly horrible paintings: just right for a smart-casual business lunch.

It might struggle to stand out in the square mile if it weren’t for two things: the quality of the cooking (high, consistently) and the prices (low, relatively). Sourcing all your produce from English suppliers is one thing, but JC’s imaginative approach – hat-tipping to his Jamaican-Scottish heritage – is something else.

When you go, order the jerk buttermilk fried chicken with just the right balance of scotch bonnet heat and coriander coolness – get two portions if possible. Smooth and creamy goat’s curd came on a cracker made of porridge oats and marjoram (that’s English for oregano), and the salsify fritter was basically a big, truffly, rooty English croquette: again, get a couple. A parsnip dish (one of just a couple of veggie options) and a quince-and-honey dessert were solid too.

My one big nitpick was aesthetic: enough with the Pollocky sauce dribbles! But strong food, affable service (they found us a spot despite being fully booked) and a pretty unbeatable lunch deal of five small plates for £22 make it hard to begrudge a bit of retro presentation. This is a place to treat yourself without having to venture out of your comfort zone – or your overdraft. Top (Bevis) marks.