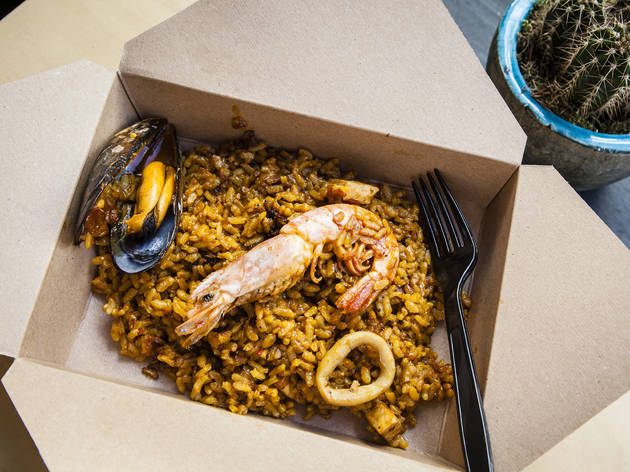 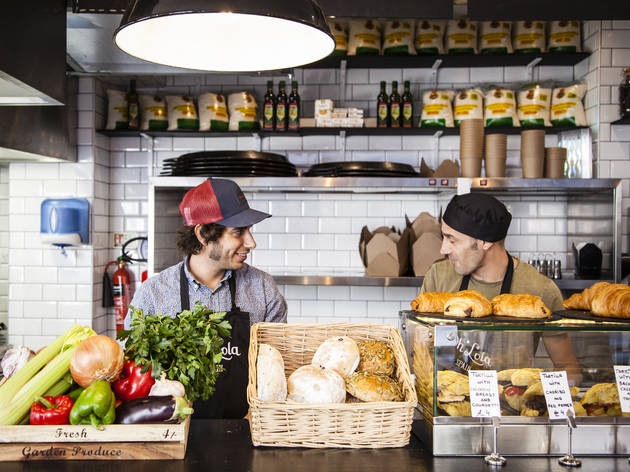 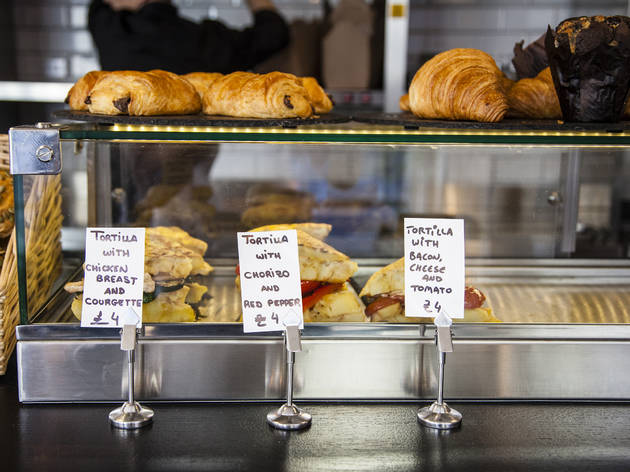 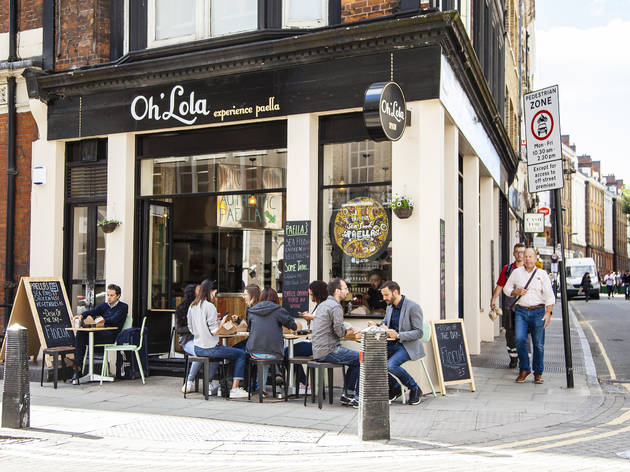 Like sangria and dicking about with bulls, paella is generally best kept within the borders of Spain. When it’s properly done, shallow-cooked in enormous pans and served with a Mediterranean view, it’s one of the great joys of Iberian cooking. But even London’s best Spanish restaurants often don’t do justice to this Valencian classic. Otherwise decent spots trip up when it comes to packing that ultra-short-grain rice with flavour and moisture. So it takes big cojones to try and tweak the process for office workers on a 15-minute lunch dash. A gang of enterprising Valencians have taken on that task, and at Oh’Lola they’ve somehow served up some of the best paella I’ve tasted outside Spain – and it comes in a cardboard box. ¡Anda!

The place they’ve picked is Hatton Garden, better known for jewels than jamón, but only a minute or two from the delicacies of Leather Lane Market. Step in through the big french windows and you can watch Team Lola simmering up three kinds of paella in a semi-open kitchen behind a glass screen. Veggie and chicken options are available, but the seafood special is the most eye-catching thing in the room, coming laden with mariscos: a fat prawn, a mega mussel, squid rings, shrimp, octopus and meaty swordfish. And the rice: ¡qué rico! A big sock of flavour – sticky, juicy, rich, salty and fishy, with just the right metallic tang of saffron – it was so authentically Spanish that it felt odd stepping back out into the British summer drizzle. Prices are decidedly decent (£6-£7 for a generous boxful, which is nothing compared to what you’d pay for paella in a sit-down restaurant) and a delicious croqueta de jamón and a portion of soft, homemade-style tortilla española sealed the deal. Swerve Leather Lane and give the diamond shops a miss: Lola’s a real Hatton Garden gem.

Oh'Lola - CLOSED says
In Oh'Lola you will find different flavours from Spain; we don't have a long menu, so we can deliver Spanish food made with love.