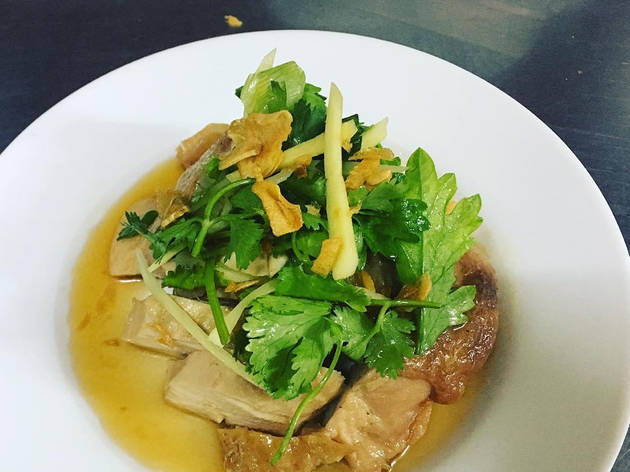 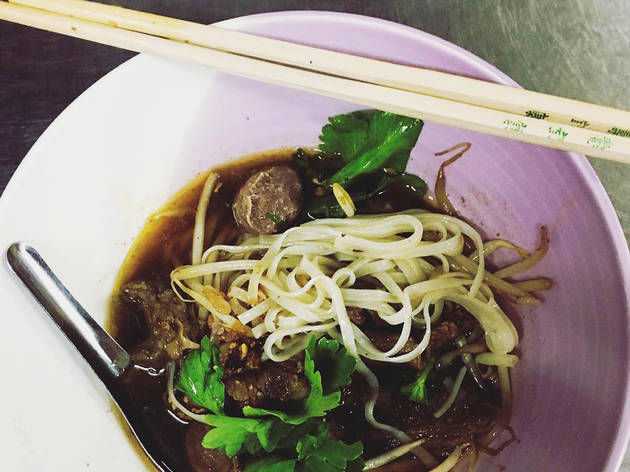 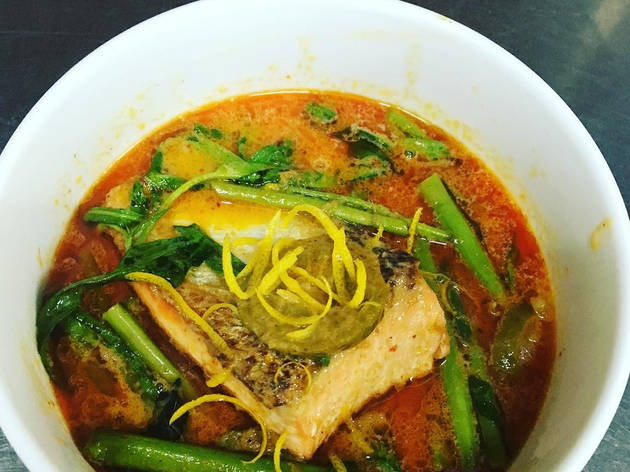 A veteran Thai café in Leytonstone.

We all love being in on a secret, like those neighbourhood restaurants that look unassuming from the outside, but inside dish up city-class food. The thing is, secrets can be hard to keep – especially those that have had a couple of decades to spread. That’s why Singburi, a tiny family-run Thai café on a nondescript stretch of Leytonstone High Road, is constantly packed to the rafters with a discipleship of canny locals.

The BYO policy is definitely central to its appeal. The shop-bought wine and beer that litters Singburi’s tabletops give the place a boozy buzz. Dishes are staunchly trad and served with little ceremony from the tiny kitchen. You’ll find many gems among its starters: fish cakes lifted by the clean taste of holy basil; fiery grilled pork ‘sai ua’ sausage that comes with a hideous-looking (but actually delicious) chunky sauce.

Staples like pad thai and massaman are fantastic, but I suggest taking a look at the chalked-up specials board. A dish of squid practically melted into its tangy dressing; the sauce of a soft-shell crab curry, rich and silky like a South East Asian lobster bisque, had us lapping gracelessly from the bowl once we’d finished cracking and prising.

But Singburi’s charm isn’t so much the food as its refusal to acknowledge its own excellence. Prices are fair; service matter-of-fact. The only problems, really, are its rampant popularity and what you might politely call the management’s laidback attitude to opening times. (It took three phone calls to book a table; when I did, it was followed by a terse ‘Don’t forget, yeah?’) Believe me when I say it’s worth the hassle. Just as we paid the bill, a man – clearly a regular – got up, put his arm around co-owner Thelma, and instructed us all to sing ‘Happy Birthday’ to her. An entire restaurant of half-cut, fanatical patrons obliged.