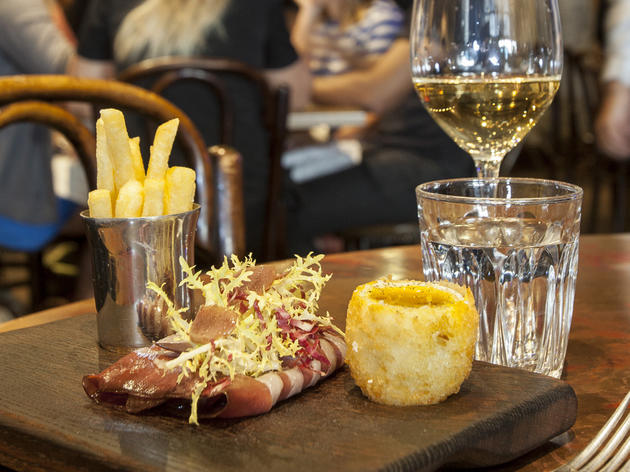 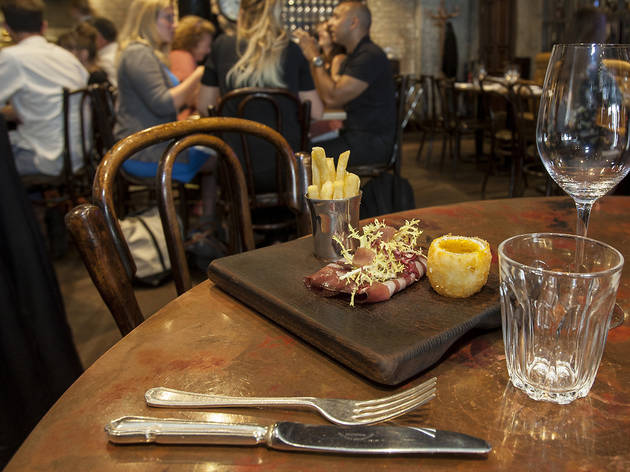 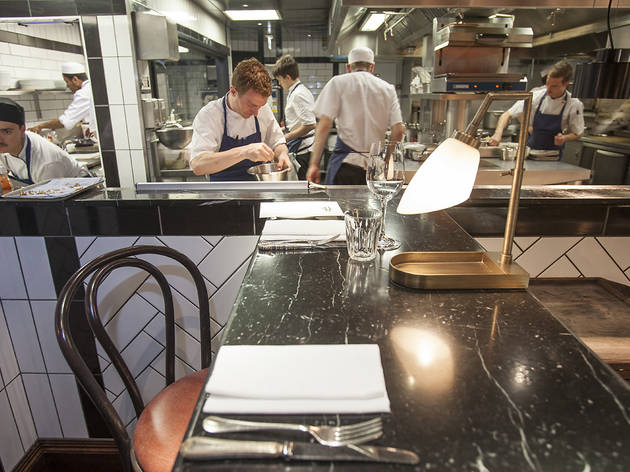 Under the gifted guidance of Paul Hood, one of Jason Atheron's talented team, imaginative modern cooking from a kitchen brigade at the top of its game.

It’s not easy to open a spate of brand-new restaurants and maintain high standards, but chef-patron Jason Atherton has clearly moved on from being the sorcerer’s apprentice (under Gordon Ramsay) to being the sorcerer himself. His Little Social deluxe bistro only opened in March 2013, right opposite his fine dining Pollen Street Social in Mayfair. He followed this up, weeks later, with an even more ambitious restaurant in Soho, by delegating the chef role to his buddy and long-time head chef at Pollen Street Social, Paul Hood.

The ground-floor dining room has a mirrored ceiling to create the sensation of space in a low room; upstairs is a smart cocktail bar, called the Blind Pig, which also has a separate entrance. Most of the action is in the dining room, though, with a kitchen brigade who are clearly at the top of their game.

Smoked duck ‘ham’, egg and chips is a dish that’s typical of Pollen Street Social’s playfulness. ‘Ham’ is cured and smoked from duck breast on the premises, served with a breadcrumbed duck egg that’s molten in the middle, but with an aroma of truffle oil. Umami – savouriness, the taste that enhances other flavours – was also plentiful in a roast cod main course that uses powdered Japanese kombu seaweed in a glaze, served with a creamy sauce of roasted cockles and just-in-season St George’s mushrooms.

Presentation is a strong point of Hood’s dishes, just as they are for his mentor Atherton. A starter of ‘CLT’ – crab meat, a fan of blonde castelfranco radicchio leaf, and heritage tomatoes, which had been blanched to remove the skin, was given a further umami hit with a roast tomato vinaigrette.

The desserts also showed inventiveness, imagination and attention to detail. A honey almond sponge, inspired by the version at Pollen Street Social, was nicely paired with a scoop of goat’s curd ice cream.

On our visit the service was sweet and eager, and the dishes arrived fast. If you visit the basement (where the duck smoker as well as the loos are housed), this will give you a chance to look straight through the glass-walled private dining room towards the kitchen, which is in full view of the ‘chef’s table’. On our visit, chef Paul Hood and his team were working their magic with a spell-like calm. Gone are the days of shouty chefs as role models; the quiet achievers who play nicely and play together are currently coming out on top.