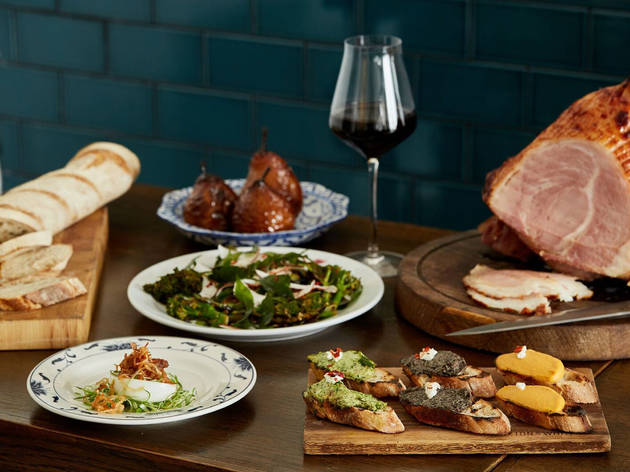 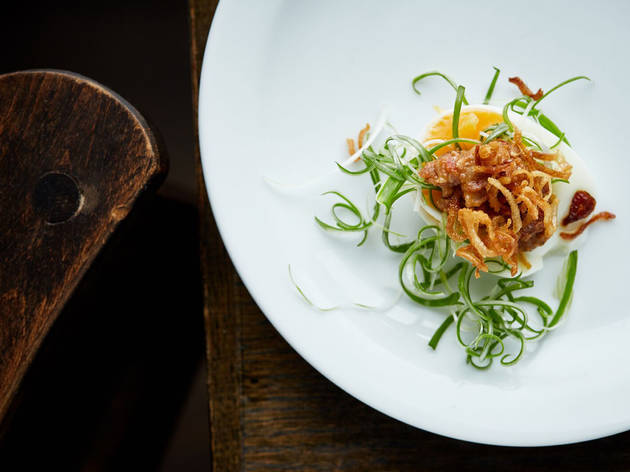 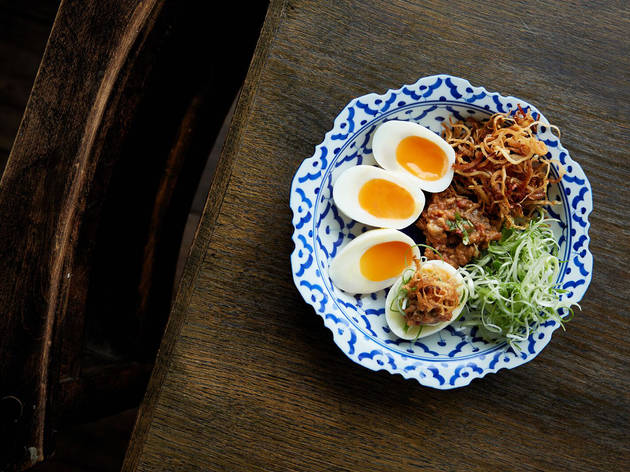 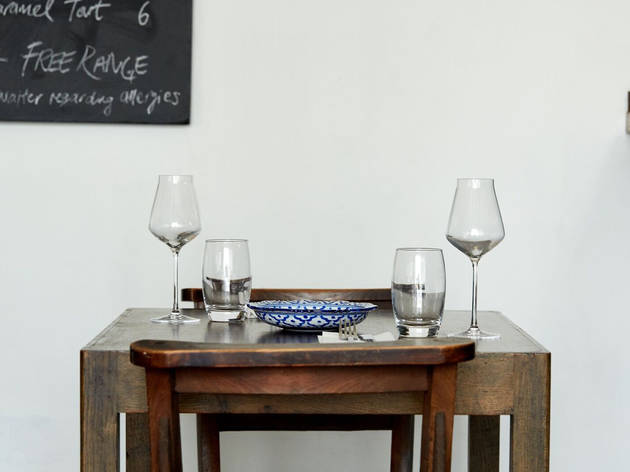 Lewisham’s not had much luck with restaurants. Its near neighbours – hipper corners of the borough such as Brockley and Deptford – are flush with great spots. But SE13 itself? Not quite. Praise be for Sparrow, then. It’s founded by husband-and-wife team Terry Blake and Yohini Nandakumar who, between them, have experience at Bao, Pollen Street Social, St John and The Square (diverse, eh?). Here, their focus is on small plates that draw as much on British and European flavours as they do fragrant Central and Southeast Asian ones. They are almost all exceptionally good.

The space itself is subtly lovely. Ceilings are fairly high, lighting is fairly low. There are washes of attractive deep-blue tiling. The evening’s wine bottles sit in an ice bucket on a tiny table by the bar.

A board of chalked-up specials hangs over the bustling, unshowy open kitchen where chefs tinker, and there are printed spreadsheets on the wall. What’s outside may be a bit grim – three lanes of traffic – but inside things are rustic, makeshift and brimming with atmos. Bravo.

On to the food: picking highlights is impossible, but I’ll try. Malt duck was a few slices of perfect pink breast meat piled under a confit leg. Fat-filled and papery when crisp, duck skin is – inarguably – the king of skins; this example was so good I’d have happily worn a dress of it, ‘Silence of the Lambs’ style, if it had meant getting a bigger portion. A DIY assemblage of vividly orange soft-boiled eggs, piled with a pork and anchovy relish and sliced spring onions, meanwhile, was astounding. We high-fived over the table between mouthfuls, decorum be damned. You’d do the same.

Green risotto, humming with herbs and alliums – mostly parsley and late wild garlic, I think – was as beautiful to look at as it tasted: verdant, warming, given a sour note with a dollop of goat’s curd and a bit of crunch with toasted hazelnuts. Finally, there was a bowl of nutty beef massaman curry, with scorched sticky rice, played straight. Sticking an unembellished curry dish into a menu as varied as this one could have been an audacious mistake. This was as good as any I’ve eaten while schlepping through the Thai countryside. I’ve just one criticism. When a Persian rug-maker creates a carpet they always include a flaw, so as to avoid fashioning something perfect and insulting Allah; in Sparrow’s case, this deliberate gaffe must have been the coffee, which was rubbish. Not that it stopped me wolfing down a condensed-milk affogato, the ice cream itself dense and crumbly like an Indian kulfi.

A foodie renaissance in SE13? I’m not holding my breath for that just yet. But regardless, Sparrow is a high-flying success.