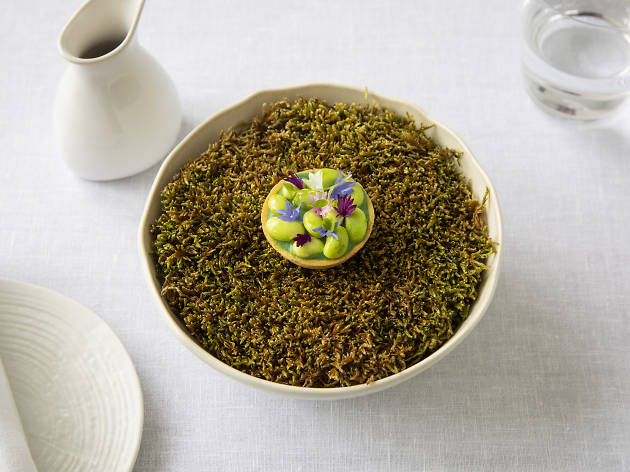 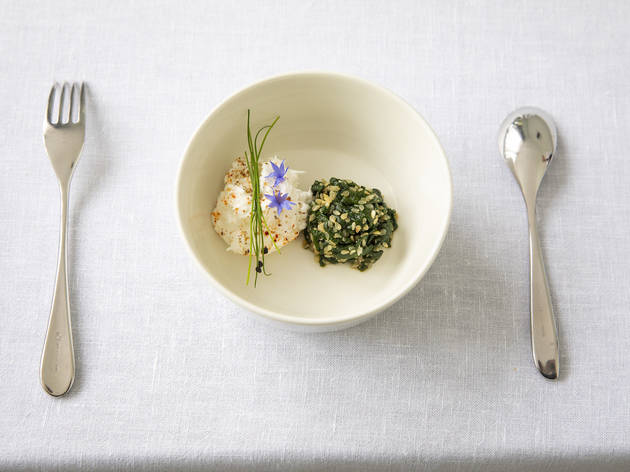 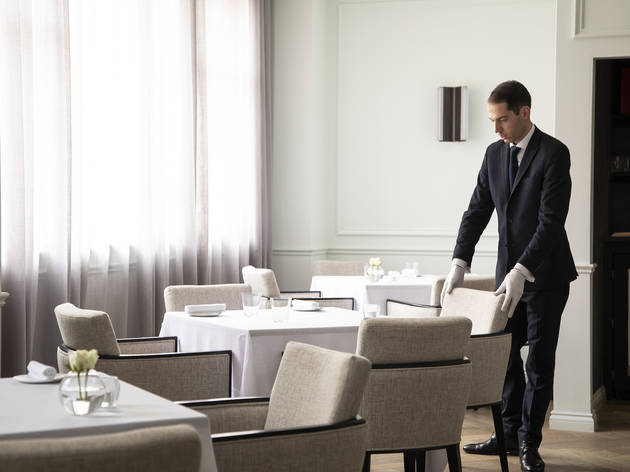 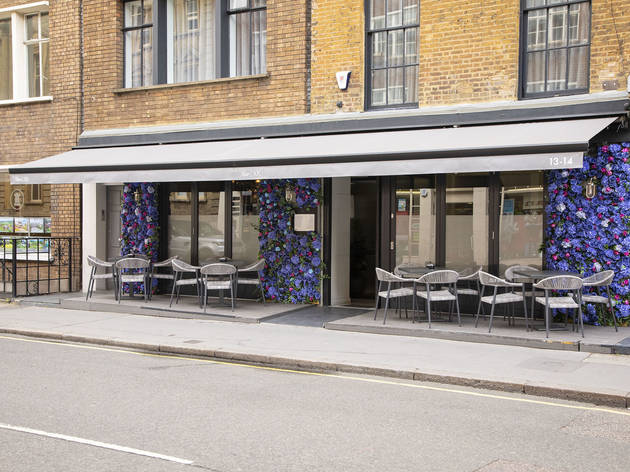 An innovative tasting-menu restaurant in Marylebone.

In the 2011 census, 177,000 people said they followed ‘Jedi’ in the religion section, making it the seventh most popular faith group in the country. But if you’re more likely to wield a fork than a lightsaber, and would put ‘Food’ down as your religion, then Xier may be your temple. A meal here is a religious experience: reverent, spiritual, awed. The complex, meticulous cooking is designed not just to impress, but to stun you into submission. For dessert alone, it simultaneously serves four puds, each more fragile and flawless than its neighbour. It’s borderline insanity to dish up this many technical dishes in one hit, but Xier, the first solo spot from Carlo Scotto (Murano, Galvin La Chapelle, Babbo), somehow pulls it off.

Everything we ate was exquisite, from the two kinds of crimped butter (one with hints of coffee and a sprinkle of Maldon salt; the other speckled with smoked espelette pepper), through to the fizzy grapes served with a hunk of Canadian cheese. That’s right, the grapes were fizzy. There’s a lot of flim-flammery at the table: dishes being dusted with powders, jugs of thin jus being poured, one after the other. An edamame tart briefly vanished in a swirling cloud of dry ice, its layer of vibrant legumes beautifully offset by the precision of the pastry below. Stracciatella – the creamy, stretchy innards of burrata – was teamed with gomae, a Japanese sesame-dressed spinach salad. Sounds odd, right? It was oddly magnificent. Chef Scotto is rewriting the rules. Other dishes drew on both East and West, from gnocchi in a ginger-spiked seaweed broth to red prawn crudo, the slivers of glistening raw seafood painted across the flat base of a bowl with plump raspberry seeds and shimmering red caviar, the whole thing lifted by the citrus tang of yuzu. Double thumbs-up.

Is it all a little show-offy? Well, yes. But that only goes for the food. All this is done in an unstuffy and understated first-floor room, an ‘elegant townhouse’ Pinterest board breathed into life (parquet wood floors, expensive linen, white roses on tables). But – and you knew there was a but – Xier has its flaws. One obvious irk is the price (£90 a head for food), though any serious gastronome will say that for what you get, in this postcode, it’s fairly standard. But no, it was the fact that the lights were too bright and they were playing the kind of music you’d listen to in the lift of an big hotel, or on hold waiting to pay your electricity bill. Final grumble? The staff, though polished, can go on a bit. It felt like each dish was presented with a level of detail that included its blood group and what kind of jam it likes on its toast. These niggles, thankfully, are easily fixed. In the meantime, go for one reason: because food is your faith, and you are being called to prayer.