‘I never set out to be a designer – I always just loved making clothes. I never wanted to conform. Even when I was really young in Essex, I’d make outrageous outfits just to wear to the pub. When I moved to London, I never looked back.

I’m a massive raver, and in the late ’80s I’d go to all the underground raves: you’d have to call from a phone box to find out where they were. Then the government introduced the Criminal Justice Act, which made it illegal to group together and move to ‘repetitive beats’. The police would come and raid all the raves, so everything moved into the clubs. I couldn’t find clothes that fitted the scene, so I started to make designs. That’s how, in 1994, I started the first Cyberdog stall.

Back then, you’d have to queue up at the Stables Market in Camden at 4am to get a spot. Then I and my partner Spiros noticed that at the edge of the market, in a corner, there was this triangle where the market traders used to put junk. We managed to secure that piece of land as our permanent pitch. We cleared it out, painted the walls black and put neon graffiti all over. We’d play banging techno all day and sell my designs. At the start, people would be intrigued but walk away, but gradually they started buying things.

Camden was such an assortment of people at that time: it was like a little ‘EastEnders’. Next to us was a pine furniture shop in a tunnel, and when they left, they offered us their space. I’d always wanted a shop with the same vibe as when you walk into a club, and with the tunnel we were able to really make it crazy. We built a round metal entrance, but Camden Council said we had to take it down because we didn’t have planning permission. They sent along this planning inspector, who was quite elderly, but she thought it was fabulous and let us keep it.

One of my most joyous moments was when I first saw people going into clubs in my clothes. Cyberdog started to grow. I love music and I started to design for different genres, bringing in ideas for different scenes. The word ‘cybergoth’ came from us – they were just goths before they started shopping at Cyberdog.

‘Skepta approached us to do merchandise for his tour’

We’ve had a moment with Japanese cosplay, and most recently with grime. Skepta came to us, which was mad. He was already wearing Cyberdog at his gigs, and then he approached us to do the merchandise for his tour and we recently did a secret rave together at Manchester International Festival.

Cyberdog has a shop in Ibiza now and one launching in Turin, and we’ve got a new collection coming out with Kappa. I really like the idea of Cyberdog invading this heritage sportswear brand; people are mixing up their styles now, and fashion is always moving forward.

Cyberdog is 25 years old this year. It’s been a progression, but I still design everything myself and we still make it all in London. It’s important for us to stay in Camden: Cyberdog is an icon for the area and it’s where our heritage is.

I think the most important thing for Camden is to keep independent businesses alive. It’s important that people can still get a stall and build it up like I did. The area is more cleaned-up than it was before, but as long as it’s still allowing people to start their own thing, then I’ll be happy.’ 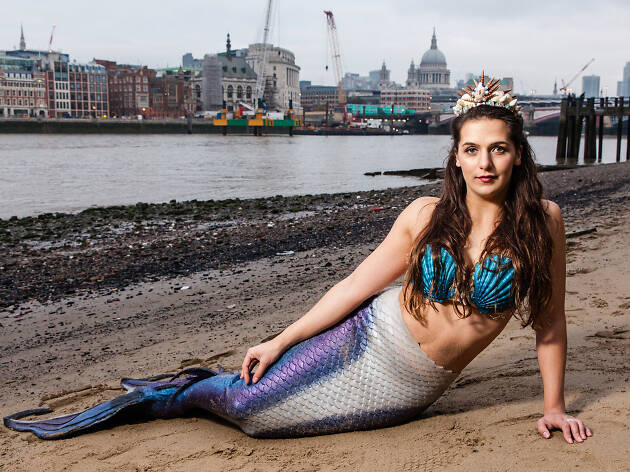