Did you just know this was the play for you?

‘I did, but there was no guarantee I’d get to do it. I auditioned with everybody else. The difference was I had been out of work for a year. Then this play was sent to me and I thought: You can’t show me that and say it’s not meant for me. If I don’t get this, maybe I’ll bow out… go and work with kids or something.’

That seems remarkable given that most people in theatre would regard you as a success.

‘It was fucking awful. It was financial more than anything, but if you’re worrying about paying the rent, you’re taking that into auditions. I was working in a restaurant for a bit, but I just couldn’t do it any more. Then I started spending loads of time with my nieces and nephews, and they’re never looking at you thinking: Well, you’re not working so we don’t like you. So I think the year helped me to understand that I can’t get my self-esteem from being an actress any more. And then this thing came along, and I’m ready for it.’

So you knew you could do it? The role of Emma is a full-on Hamlet or Rooster Byron tour de force…

‘I was thinking the other day, if a plumber came round to your house, fixed your toilet, did a great job and you were happy and they said, “Oh, it’s really shit, actually,” you’d tell them to get out of your flat. Actors are always going “Oh, it’s nothing.” But I’ve worked really, really hard – I can do it.’

Does it knacker you doing that performance night in, night out?

‘I don’t even care any more if I sound like a wanker – it’s just channelling. I can be completely exhausted thinking to myself: I don’t know how I’m going to get through it. But she doesn’t feel that way and as soon as I step on stage, that energy tears through me at 100mph.’

Has it changed your life?

‘If this had happened when I was 23, I’d be dead – suddenly everybody wants to be your friend. I remember [playwright] Enda Walsh saying that he didn’t meet anyone for a good few years after [breakthrough play] “The Walworth Farce” who didn’t tell him he was amazing. That’s not good for a human being’s head. I don’t wanna be the crazy actress when I’m older who can’t hold down a life or a relationship because she’s just living through work. This is amazing and beautiful, but this time next year somebody else will be having their purple patch and I’ll be able to say “Fucking enjoy it!”’

Do people want to talk to you about addiction as a result?

‘I’ve had a lot of intense experiences with people afterwards. A young boy came up to me and he said he’d been to our show and been to his first AA meeting the day after; we stood there crying in the street. So much of this job can be so frivolous, but when you find something like this you shouldn’t deny those moments. This is a fucking good play.’

Nicole Kidman beat you in the Best Actress category at the Evening Standard Awards, which a lot of people thought was ridiculous. Are you bothered about winning at the Oliviers?

‘It was such a weird night because people got so angry on my behalf and I was like: “What do you want me to do?” As for the Oliviers – it’s lovely but I don’t really care. I would like it for my parents, though. All that stuff is only for them.’ 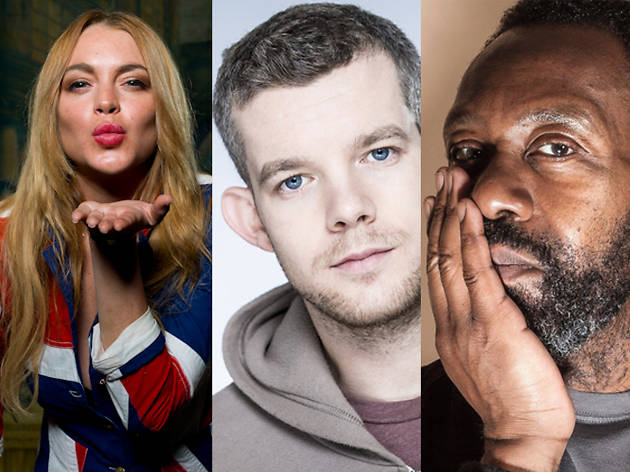