As 'The Social Network' A-lister comes to London to star in his own play 'The Spoils', we chat to him about constantly being in a mood, always playing the bad guy and nothing at all about the Woody Allen row

‘In New York a train driver can retire after they’ve seen two people kill themselves; over here it’s three,’ says Jesse Eisenberg. ‘I don’t know if that gives you any indication of the difference in suicide rates there and here. Oh, goodness gracious – horrible.’ This is Eisenberg’s idea of small talk. And it’s morbidly endearing: the 32-year-old actor-writer may be one of Hollywood’s most recognisable young stars but he’s no polished, platitudinal figure. Which is appropriate, as we’re not in this north London rehearsal space to talk about a film. Eisenberg, you see, is not only an A-list actor but a playwright too. That combination has sometimes led to unfathomably horrifying theatre, but Eisenberg is the real deal. He’s had three plays performed in New York. The latest, ‘The Spoils’, got warm reviews last year, and now it’s coming to London for three months.

Intense, motor-mouthed and almost virtuosically neurotic, Eisenberg has a reputation as an awkward interviewee. And he does begin our chat hunched up in his hoodie, looking into space. But I like him. He’s honest, intelligent and interested, and we bond somewhat over both being third-generation Polish immigrants.

He’s just back from Cannes, where he’s been on the promotion trail for Woody Allen’s latest film, ‘Café Society’. Which means he’s braced for a question about the child molestation allegations (denied by Allen) that have resurfaced following a recent Hollywood Reporter article by Allen’s son Ronan. He politely ducks it: ‘I know you have to ask – if I was you, I’d ask – but I honestly know less than you do because I’ve not read anything about it.’ He asks what I think, bristling (a snapped ‘No!’) when I mention Roman Polanski in the same sentence.

For the most part, though, it’s plain sailing. A read of ‘The Spoils’ suggests it’s good – a dark comedy about a misanthrope (Ben, played by Eisenberg) who has a slippery relationship with his own past. A theatre buff himself, Eisenberg raves about trips to the National Theatre and Southwark Playhouse last time he was in town. I don’t think he actually smiles at any point in our meeting, but I get the impression that this is about as cheery as he gets.

So you’re a playwright as well as an actor. How did that happen?

‘I grew up doing theatre, I didn’t grow up watching movies. My family went to the local community theatre to watch plays. My mother was a birthday party clown and the choreographer in a Catholic high school, so there was an appreciation of theatre when I was younger.’

You didn’t have a play performed until 2011. Does that mean there’s a bunch of unperformed stuff?

‘Yeah yeah yeah, and thank goodness those plays were not performed – because they are very bad. For every one good play I’ve had produced there are ten unproduced bad ones. The first play that was produced, I spent seven years doing readings across New York City with every theatre company in town before we got it together.’

Are you glad you weren’t given an easy ride?

Is it fair to say that Ben in ‘The Spoils’ shares similarities with other characters you’ve played – he’s a clever misanthrope à la Mark Zuckerberg (‘The Social Network’) or Danny Atlas (‘Now You See Me’) or Lex Luthor (‘Batman v Superman’)?

‘Yeah, but there are five characters in the play: one is a Nepalese immigrant, one is an ambitious Indian American… I relate to Ben the most now, because I’m rehearsing for him and I think about him the most, but I played the others in my bedroom for a year while I was writing it.’

Jesse Eisenberg as Mark Zuckerberg in ‘The Social Network’

‘If I was happy I wouldn’t do anything that I’m doing, I’d just sit at home’

Do you enjoy playing douchebags?

‘I play bad guys in movies if possible because I feel more sympathy for the guy who’s tortured than the guy who is confident. That’s why I’m probably going to do a third “Now You See Me”: I get to play this brash, arrogant magician, while in my life I’m a shy, quiet person and I grew up with no social life. It’s a great outlet to play these characters.’

Would you do more traditional theatre – a Shakespeare play or a stint in ‘Les Mis’, maybe?

‘No, because doing a play takes a lot out of me. I cannot forget about it: my days are consumed with feeling anxious about the show, thinking of every situation that could go wrong. I do these plays because they’re incredibly personal to me, but theatre in general makes me very nervous. If I was in something like “Les Misérables”, I’d have to sign on for six months and I’d be a wreck.’

Don’t take this the wrong way, but are you ever happy?

‘Never, never, never. In fact, the opposite at all times: panicked at all times. Listen, if I was happy I wouldn’t do anything that I’m doing, I’d just sit at home. From a productivity standpoint there’s a great benefit to never feeling satisfied.’

Are you, you know, okay?

‘Oh yeah. Listen, my life is far more stable than I’m willing to relay in public.’

‘I’m terrified of social media. I live inside a bubble on purpose’

If I suggested you were the quintessential millennial, how would you take that?

‘Am I a millennial? I don’t know what it refers to. I think I’m too old. And I’m not on Twitter.’

Millennials seem to be anyone aged 16 to 34.

‘Oh, so I am: wonderful. All that stuff is silly ways to describe things that are more complicated.’

Do people expect you to be into social media? You did play Mark Zuckerberg…

‘No, and I’ll tell you why: the movie only uses technology as a backdrop. I’m terrified of that stuff. I live inside a bubble on purpose.’

Did you not even go on Facebook as research for ‘The Social Network’?

Was filming ‘The Double’ in a derelict office park a weird introduction to London?

‘Oh no, I liked it. My greatest exposure to English culture was “The Office”, the Ricky Gervais show, so for me it was 100 percent in accordance with what I pictured.’

Read more interviews with the stars 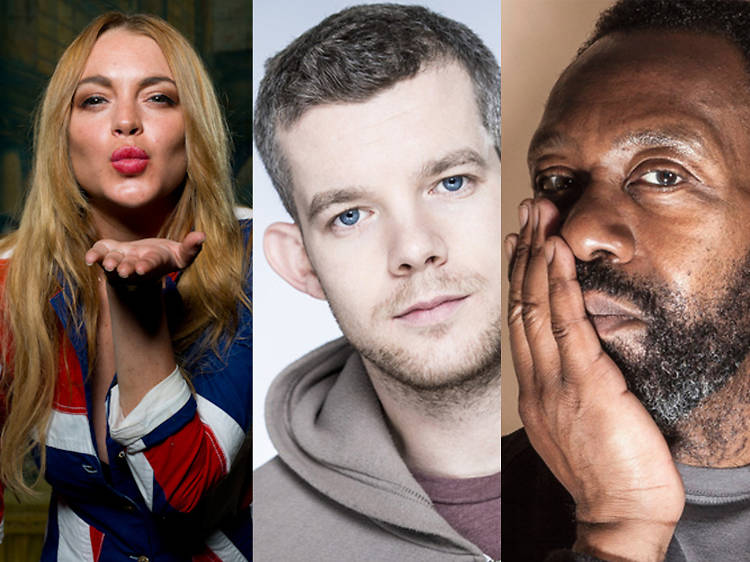